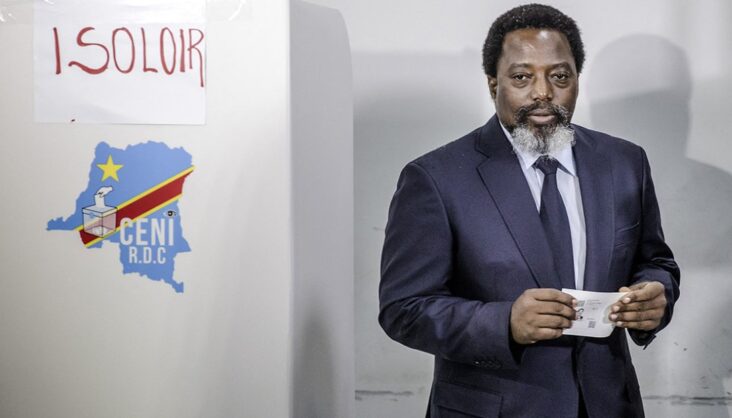 Withdrawn for several weeks in Lubumbashi, the former president is trying to organise his political camp for the general elections scheduled for 2023, but he’s already drawn a red line across his successor Félix Tshisekedi.

In recent months, Joseph Kabila has been moving between his various farms in the province of Haut-Katanga. He spent several months in Kashamata in 2021 and then went to the two large agricultural estates, located on Kasumbalesa and Likasi roads, where he celebrated his birthday on 4 June. The final trip was to Kundelungu park, which is similar to one of his properties, located in the valley of N’sele, in Kinshasa.

Despite all his moving around, the former head of state has been closely monitoring the political, economic, and security situation in the country.

With less than 18 months to go before the next general elections, ambitions are slowly being unveiled. The latest candidate to be declared, Martin Fayulu, has joined two other contenders: Former Prime Minister Augustin Matata Ponyo, and the outgoing president, Félix Tshisekedi. For his part, Kabila is maintaining suspense about his intentions and is meanwhile trying to organise his troops.

At the end of June, members of his party, le Parti du Peuple pour la Reconstruction et la Démocratie (PPRD), were very tough on the current regime at an extraordinary session of the political bureau. Kabila took a clear position.

To the diplomats, securocrats or politicians he receives at his various farms, or during his trips to SADC countries such as South Africa, the former president touts the same line.

Like the PPRD and members of his political family, le Front Commun pour le Congo (FCC), he considers it impossible to organise the election in the current context: the Electoral Commission (le Commission Électorale Nationale Indépendante, Ceni), the Constitutional Court, and the electoral law are contested by the opposition as well as by some members of the majority, like Moïse Katumbi.

According to Kabila, holding elections under these conditions would allow Tshisekedi a chance to legitimise what the former president describes to his various interlocutors as a “dictatorship”.

According to several sources, this would constitute for him “a declaration of war”, just like not respecting the deadline set by the constitution, postponing the elections, or excluding some of the presidential candidates. Therefore, for Kabila, reform is indispensable and non-negotiable.

At the end of his second term, Kabila had not respected the deadlines, since the elections planned in 2016 had finally taken place in December 2018.