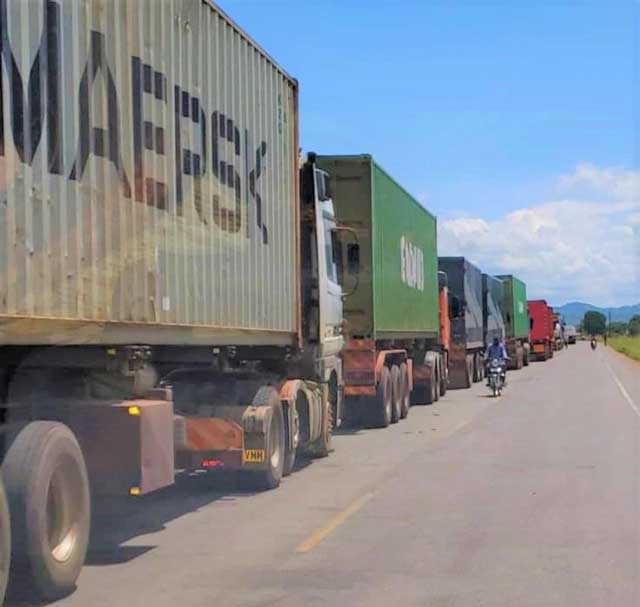 Nairobi,  Kenya | THE INDEPEDENT |  Private sector players in the region are accusing the East African Community (EAC)  leaders of doing too little as the transport sector continues to suffer, allegedly from bad policies.

And this, according to them has led to a surge in the cost of transport, especially cargo transport, which in turn influences the cost of doing business in the region.

Cargo transport in East Africa is among the highest in the world, estimated at 1.8 US Dollars (6,700 shillings) per km per container compared to the international average and recommended 1 dollar per km per container, according to Merian Sebunya, Chairperson, National Logistics Platform, Uganda.

This has affected the region in terms of competitiveness, because it is a major contributor to the cost of goods and services in East Africa. Now, the East African Business Council, EABC, is calling for the formulation of  an EAC transport and logistic charter or framework to boost the competitiveness of the region.

Speaking at a dialogue on the state of the transport corridors in East Africa, Dr Sebunya said “Transport and logistic costs contribute 35 to 42 percent of production, which is very high compared to 8 percent in Asian countries. ”

She said that this has negatively impacted the competitiveness of the EAC bloc and trade balance, mainly because the authorities do not take the sector seriously, neither to they understand it’s importance to the economy.

The virtual meeting was called to review the performance of transport corridor performance during and after the COVID-19 pandemic and the impact on East African Business competitiveness.

During the lockdowns at the height of the pandemic, cargo transport and logistics business were named essential and therefore remained open, but were usually disrupted by standard operating procedures like mandatory testing at borders.

Restrictions in other region also impacted on the cost of cargo transport generally.

Former Commissioner Customs at Uganda Revenue Authority, Dickson Kateshumbwa says for example, that the average cost of transporting a container from China to Mombasa is 7,000 dollars, having just dropped from 9,000 dollars.

It is yet to get back to the pre-Covid 5,000 dollars. Dr Sebunya appealed to Governments of the EAC Partner States to take deliberate actions to bring down the cost of transport and logistics in the EAC region.

This was re-echoed by John Bosco Kaliisa, the Executive Director, East African Business Council says that the ineficiencies and high cost on the northern and Central corridors will make it hard for the business community to reap the benefits of the African Continental Free Trade Agreement (AfCFTA). This is because the conditions will make the products from the region uncompetitive.

The EAC Trade and Investment Report (2020) shows EAC exports globally stood at 16.2 billion dollars in 2020 while imports were 35.6 billion registering a negative balance of trade of 19.4 billion. Agayo Ogambi, the chief executive of the Shippers Council of Eastern Africa, said Mombasa port throughput declined by 0.9% in 2020, while a total of 34.13 million tons of cargo were handled, which was 1.8 million tons shy of the target of 35.90 million tons in 2019.

Ogambi called upon government agencies to render services that are commensurate to the fees charged, as outlined in Article 6 of the WTO Trade Facilitation Agreement.

He said that transportation is much easier and predictable from  between the coast and other regions, but becomes unreliable between Mombasa or Dar es Salaam and the final destinations.

He also urged to governments not to determine performance of the transport corridors by the number of days, but the actual changes in monetary terms, which would give a better picture of where there is improvement or not.

Dr. Sebunya also voiced concern about the low exports compared to the imports, saying this makes transport more expensive because ships and containers go back empty.

“We need to improve the export competitiveness and production capacities of the EAC bloc to ensure imported containers return back full with EAC exports,” she said.

Emmanuel Imaniranzi, the Director of Transport Planning and Policy at the Northern Corridor Transit and Transport Authority urged the business community to appreciate what has been done so far, though a lot is still lacking. He said, for example that their advice and recommendations have seen reduction in mandatory weighbridges from nine to three, among other developments, which reduce the costs.

According to the  Authority, the cargo throughput at the port of Mombasa increased and that the transit time in the Nothern Corridor is recovering to normal following the lifting of COVID-19 restrictions and use of digital certificates but transportation costs are still high.

EABC Executive Director, John Bosco Kaliisa asked the transport authorities to tell whether the Central and Northern corridors compare with others like the North-South Corridor than connects Southern Africa’s city of Durban to the landlocked countries in that part of the continent.

Imaniranzi said that while the Southern African corridor is better and more reliable and cheaper, the EAC corridors are slowly improving their facilities and adopting new technologies.  He said that improvement of infrastructure, automation and interconnectivity is set to reduce transport costs.

Nearly 66% of East African cargo uses the Northern Corridor from Mombasa to the hinterland. Melchior Barantandikiye, head of  logistics at the Central Corridor Transit and Transport Facilitation Agency (CCTTFA) said reduction of the number of weighbridges are some of the measures done to improve the performance of the Central Corridor.

He said that their focus is on continued reduction in the NTB to make transport easier, convenient  and cheaper.

John Mathenge, Managing Director, VIASERVICE LTD called for regional holistic approaches and on the competitiveness of the transport and logistic sector in order to reduce the cost of doing business in the EAC region.

He called for an EAC transport and logistic charter or framework to integrate the ecosystem, and boost complementarities to enhance efficiency and lower production costs.