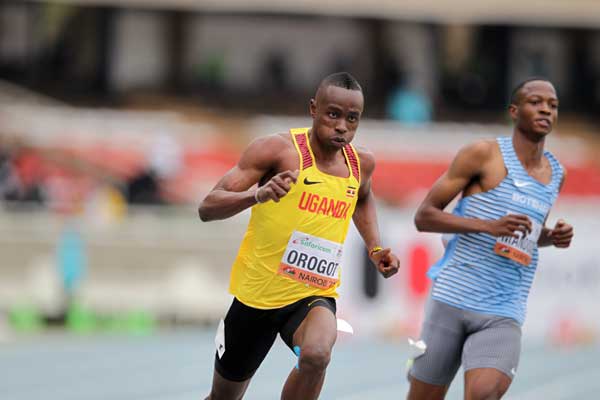 Uganda’s sprinter Tarsis Orogot has progressed to the semis of the 200m at the ongoing World Athletics Championships in Eugene, Oregon (US).

Orogot clocked 20.44 to finish third in the 4th heat at the Hayward Field.

Alexander Ogando broke the Dominican Republic National Record with 20.01 to win the heat while Kenny Bednarek (US) finished second.

It’s a big achievement for Orogot who is the first Ugandan athlete to run 200m at the World Athletics Championships ever.

He is also the first Male Sprinter for Uganda since 1997 when Davis Kamoga competed in 400m at Athens.

He will return to action on Wednesday in the semis where has been put in Heat two of the semis.

The first 2 of each heat plus 2 next fastest times will qualify to the Final.