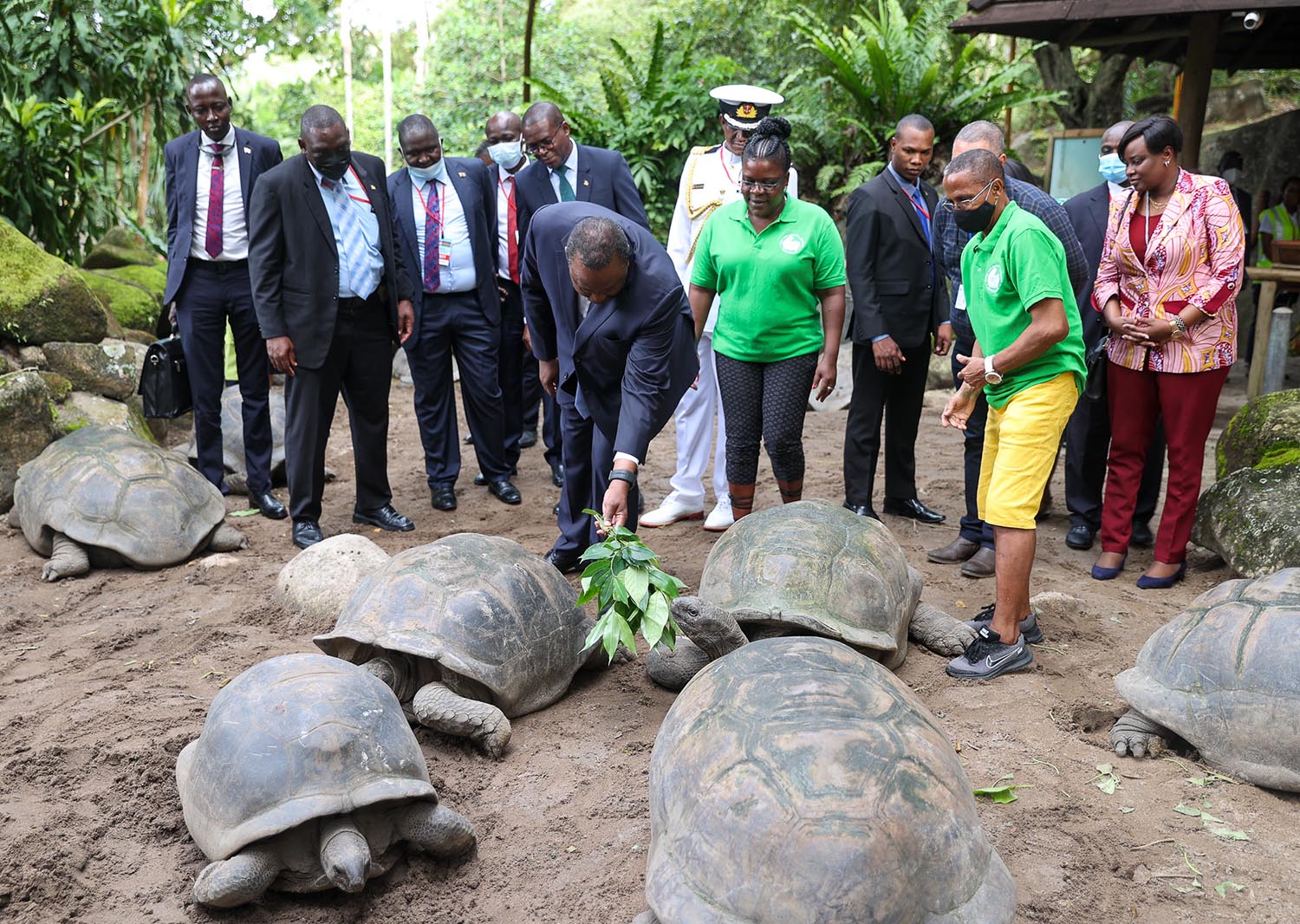 His Excellency President Uhuru Kenyatta on Monday visited the Seychelles National Botanical Gardens (Mont Fleuri), in the country’s capital Victoria during which the Kenyan Head of State, who is on a 3-day state visit of the Indian Ocean Island nation, planted a coco-de- mer seed.

SEYCHELLES 18th July 2022 (PSCU) – Seychelles political leaders have praised President Uhuru Kenyatta, describing him as a visionary leader who has effectively voiced the African agenda in the global arena. 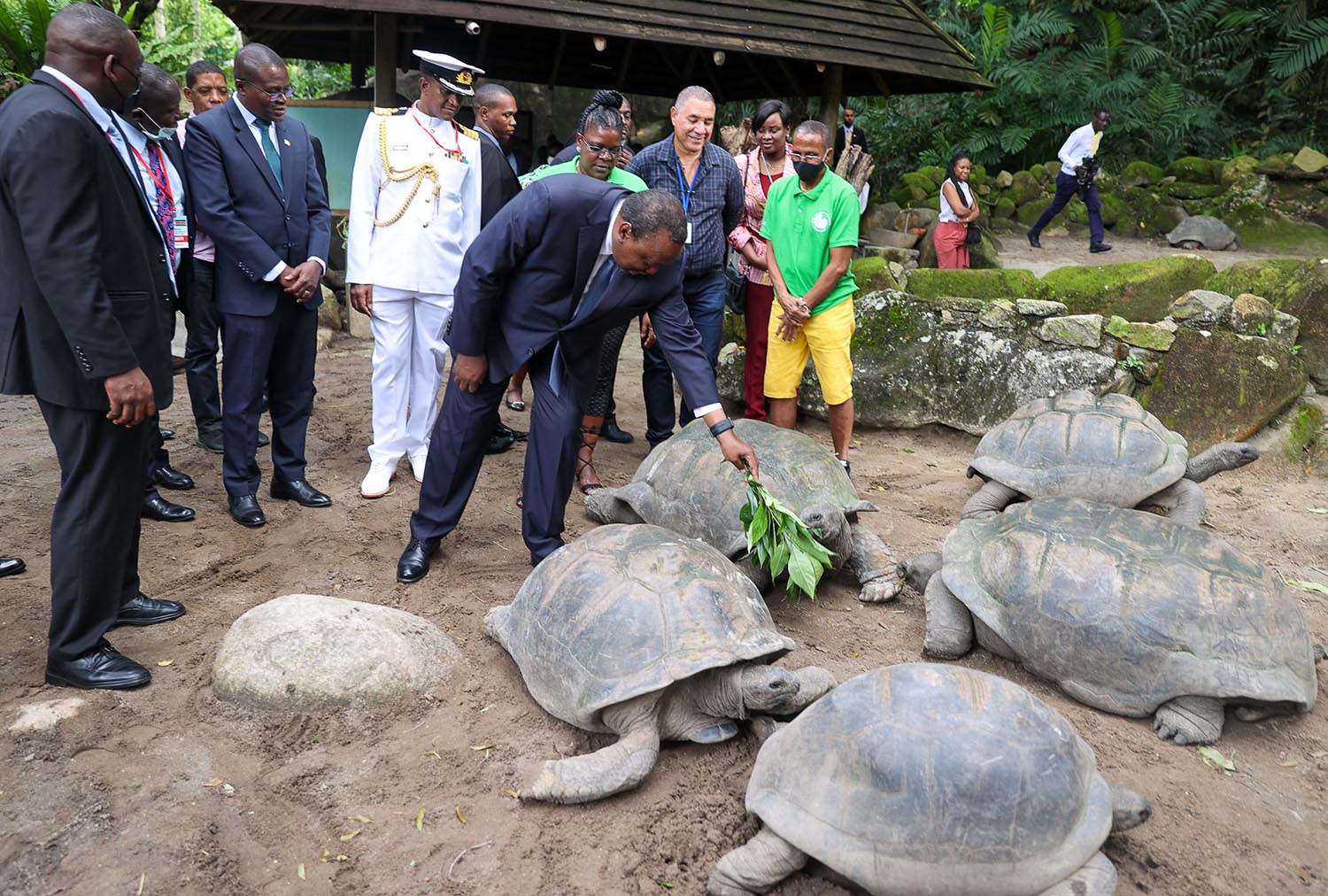 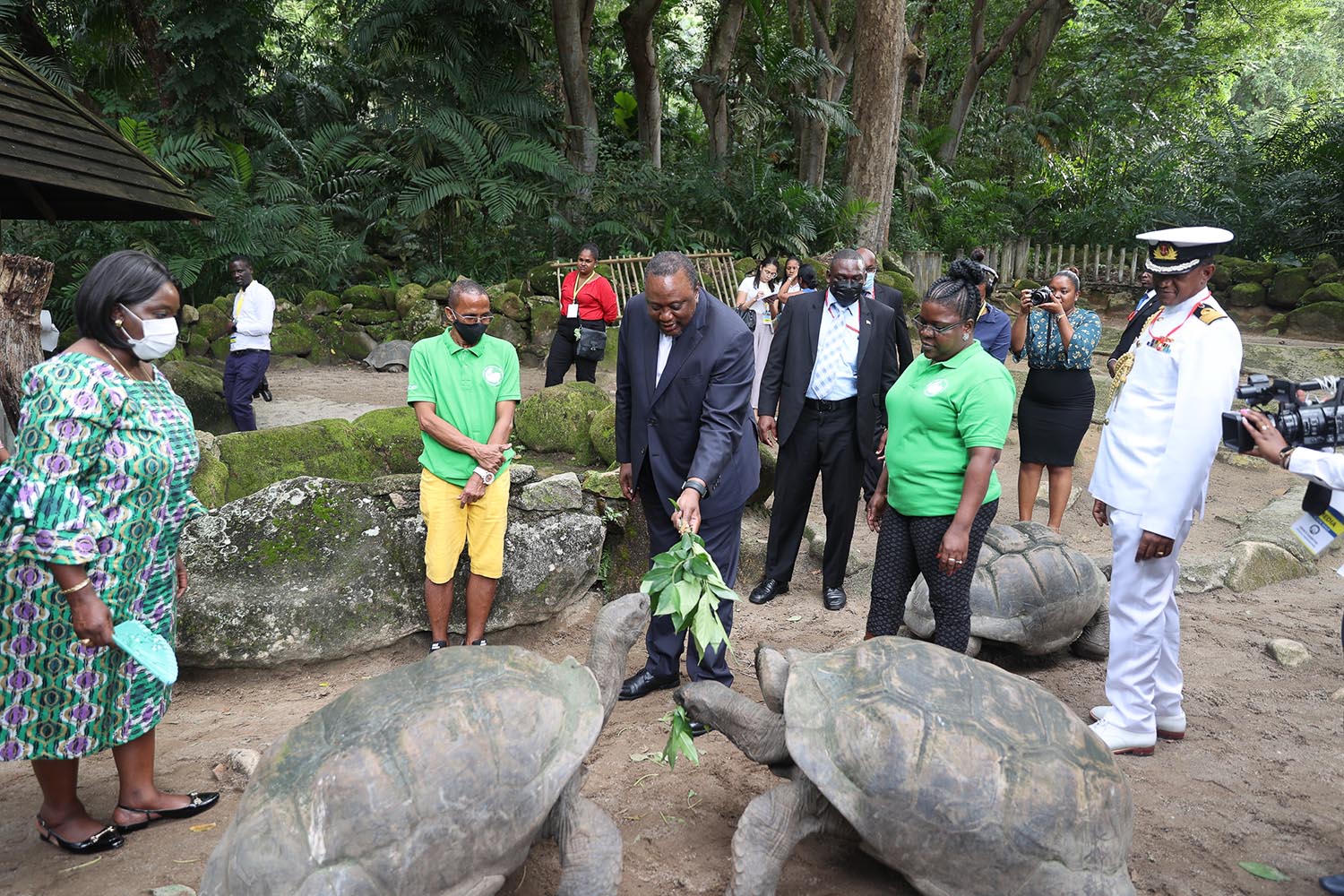 The Seychelles National Assembly Speaker pointed out that Kenyans and Seychellois have enjoyed strong ties since time immemorial, adding that as close neighbours the two countries should enhance their partnership in ensuring peace, stability and regional development for the mutual benefit of their citizens.

“We acknowledge the new ties of cooperation forged in areas such as commerce, maritime security and climate change action. We are sure that your visit will strengthen them for posterity,” said Mr. Mancienne. 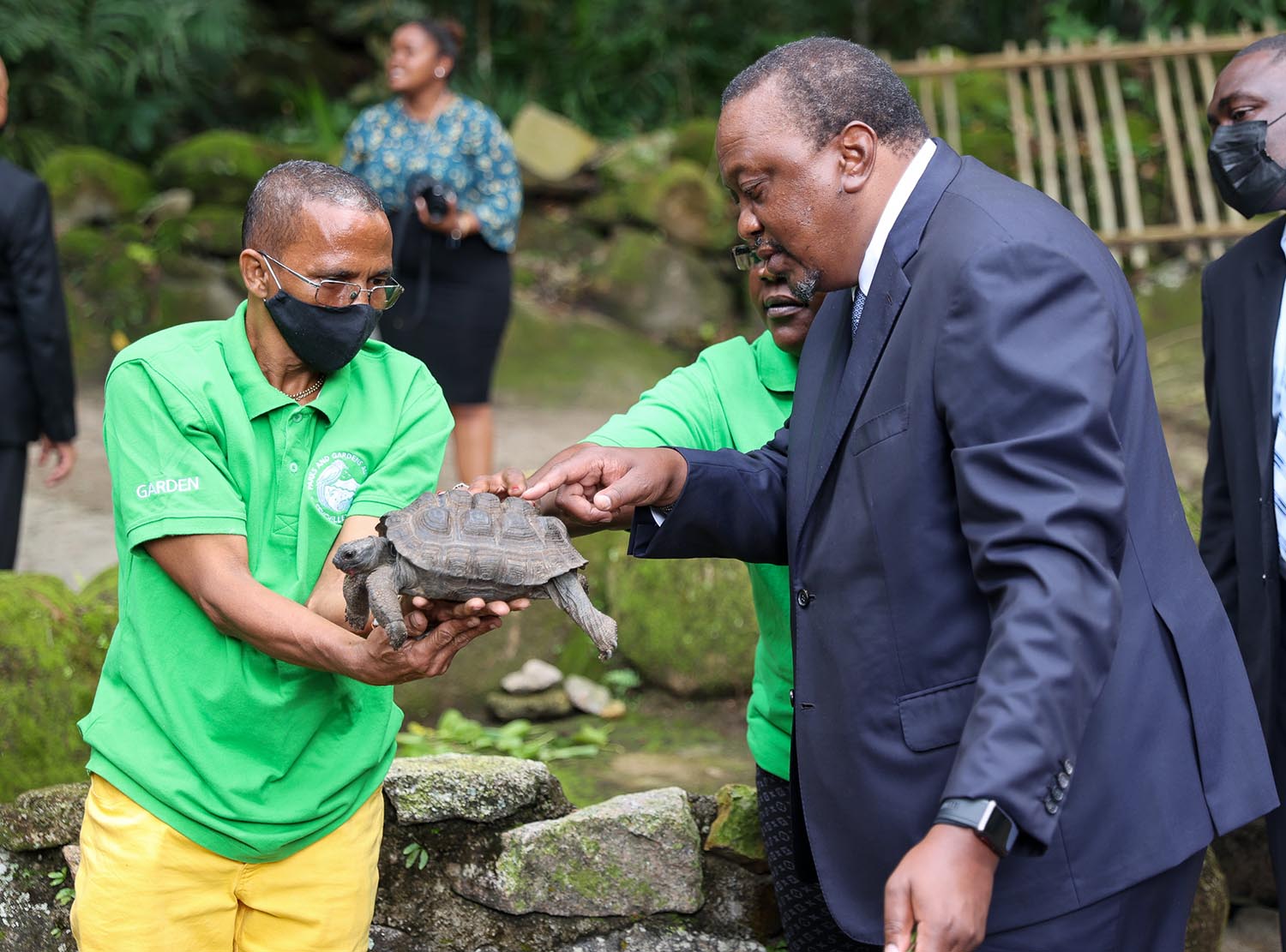 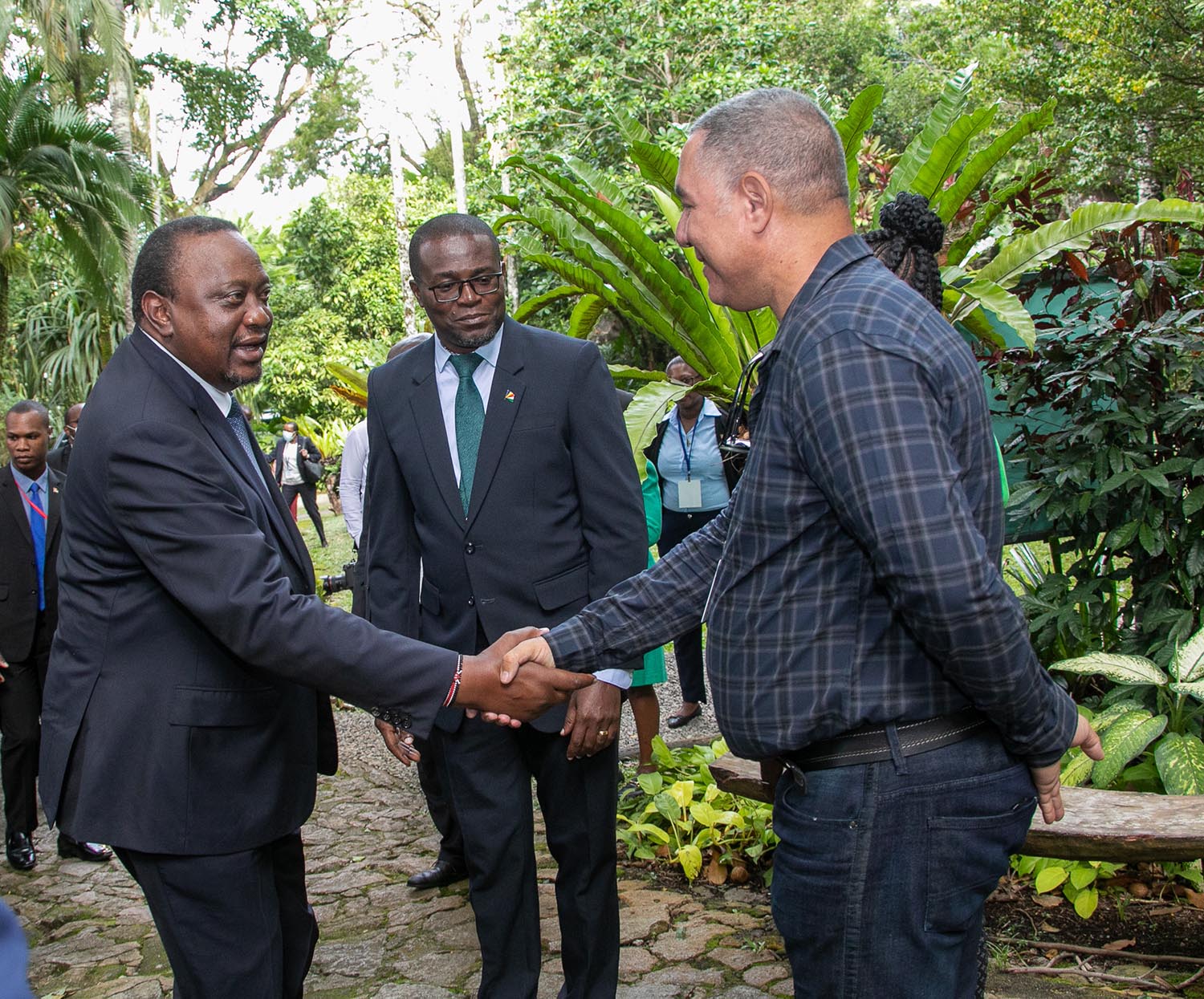 On his part, Seychelles’ Leader of Government Business in Parliament said the people of Seychelles valued Kenya as a close partner in their country’s socio-economic progress.

“Kenya has always been a source of many of the foods consumed in our country including apples and butter. It has also been a source of employment for many Seychellois who aspire for a better life than these small islands can offer.

“Sporting exchanges were common and finally, seeing as we are today assembled in a political Chamber, it would be remiss of me if I failed to mention that your country was the training ground for multiple politicians of several generations,” he said.

Opposition Leader Mr. Pillay applauded President Kenyatta’s democratic credentials and urged him to continue spearheading the cause of the African continent even as he plans to hand over leadership after the coming general elections.

“I see you as a great son of Africa, someone that can carry the voice of Africa much further and should do so because we need leaders like you.

“Leaders that are prepared to stand by values, the values that make us who we are, the values that represent us. What is most important to us all is ensuring that our people benefit by making the African continent an economic force, a force that is to be reckoned with, a force that recognizes the natural resources that we have should best be used to benefit our people,” Mr. Pillay said. 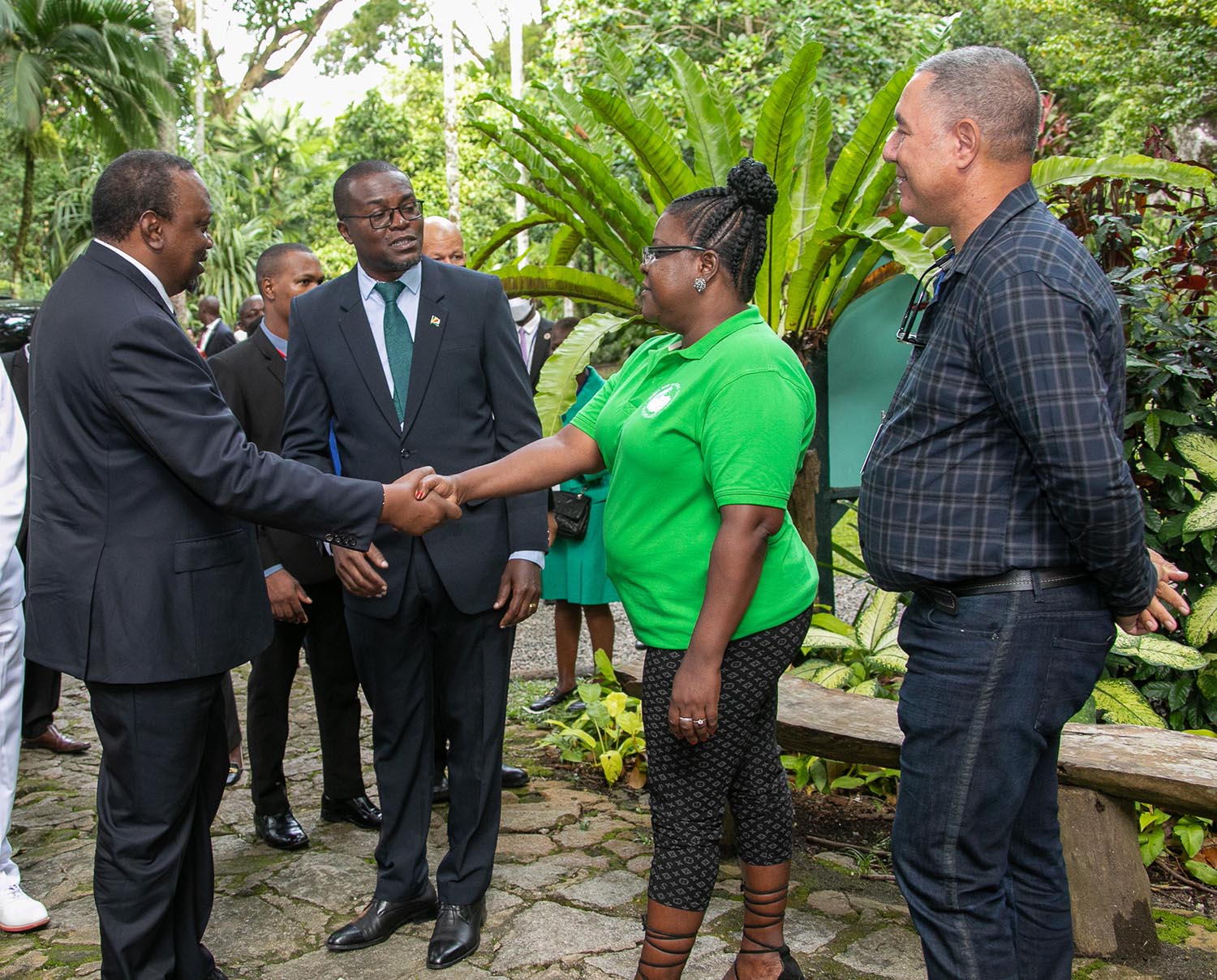 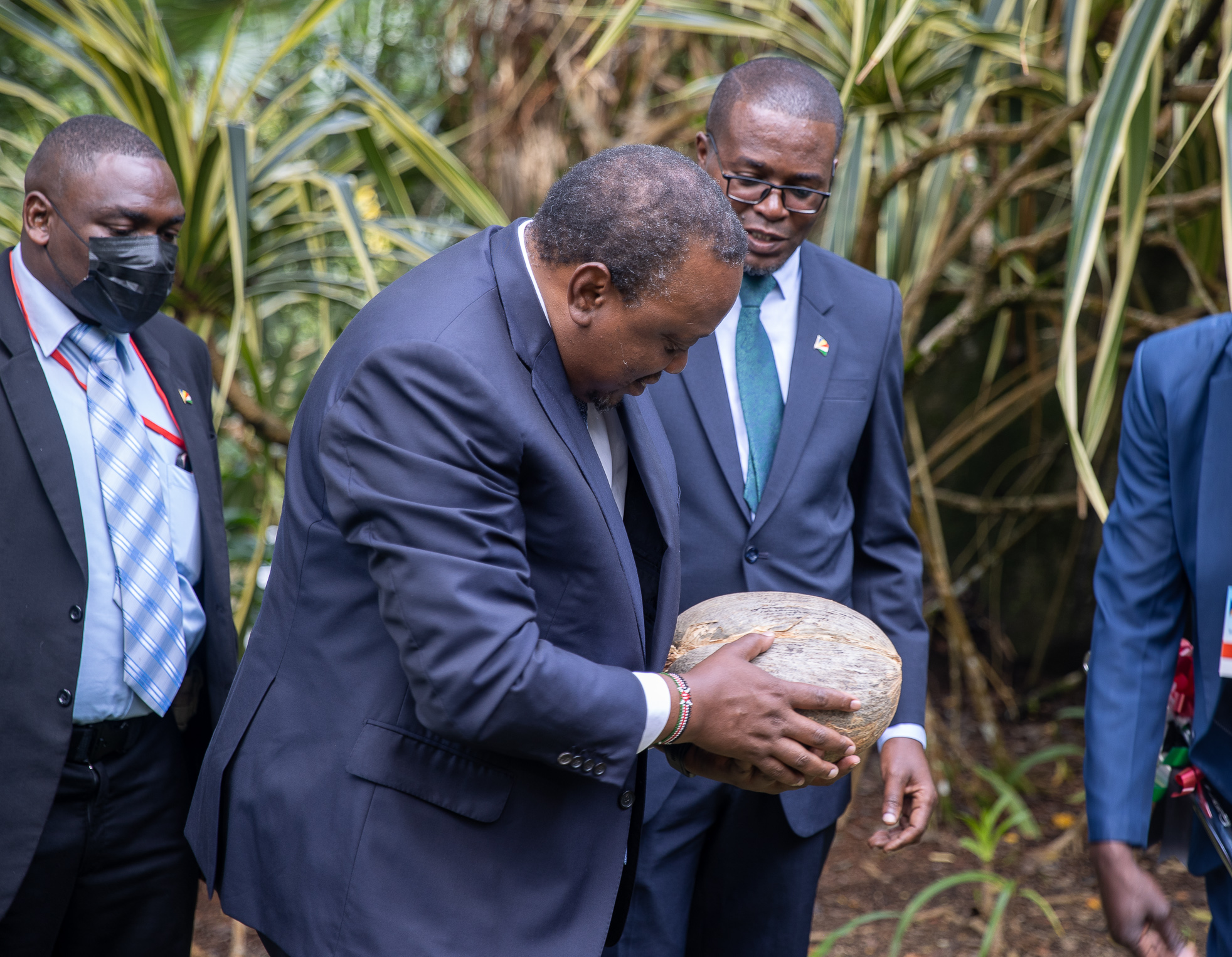 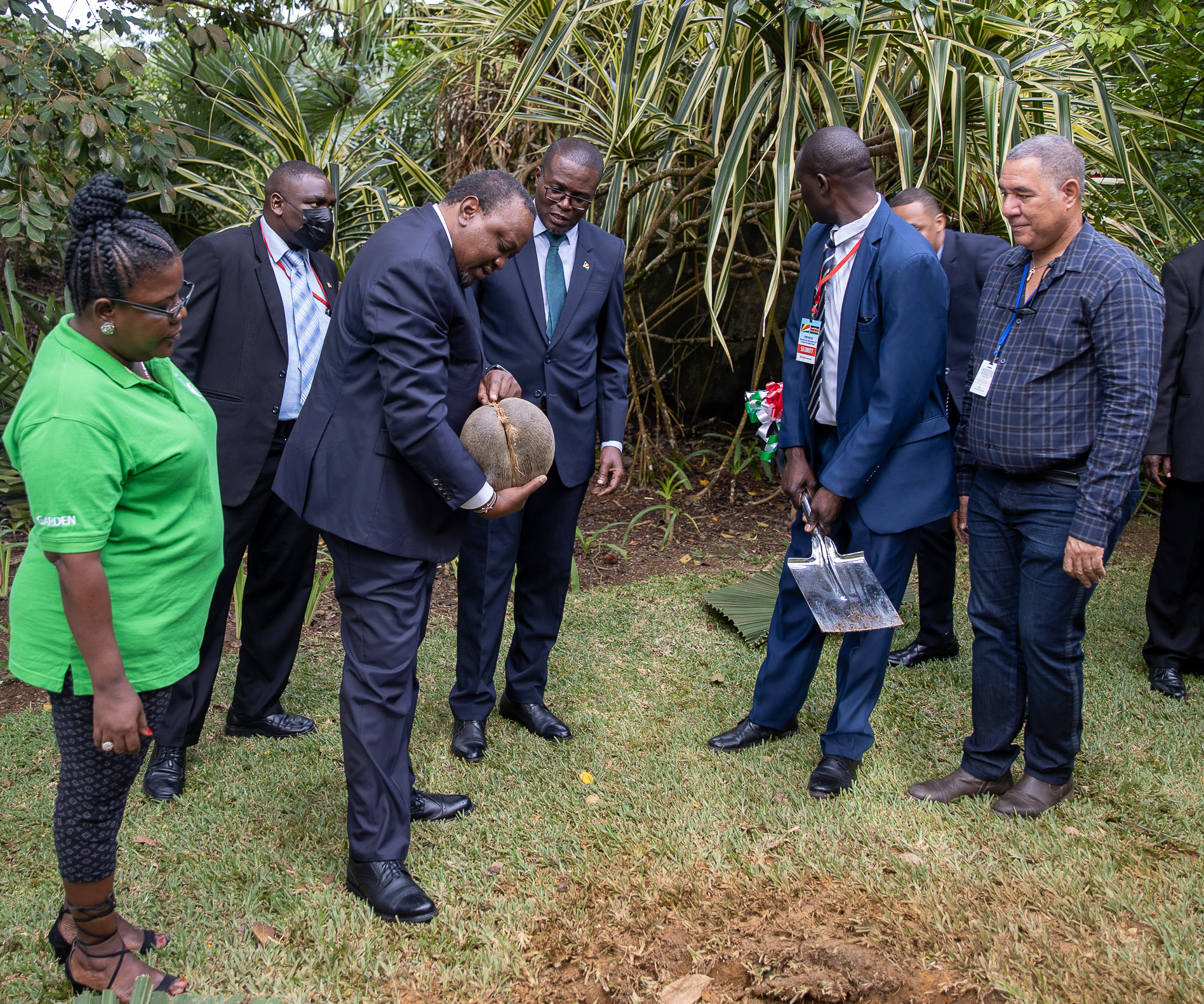 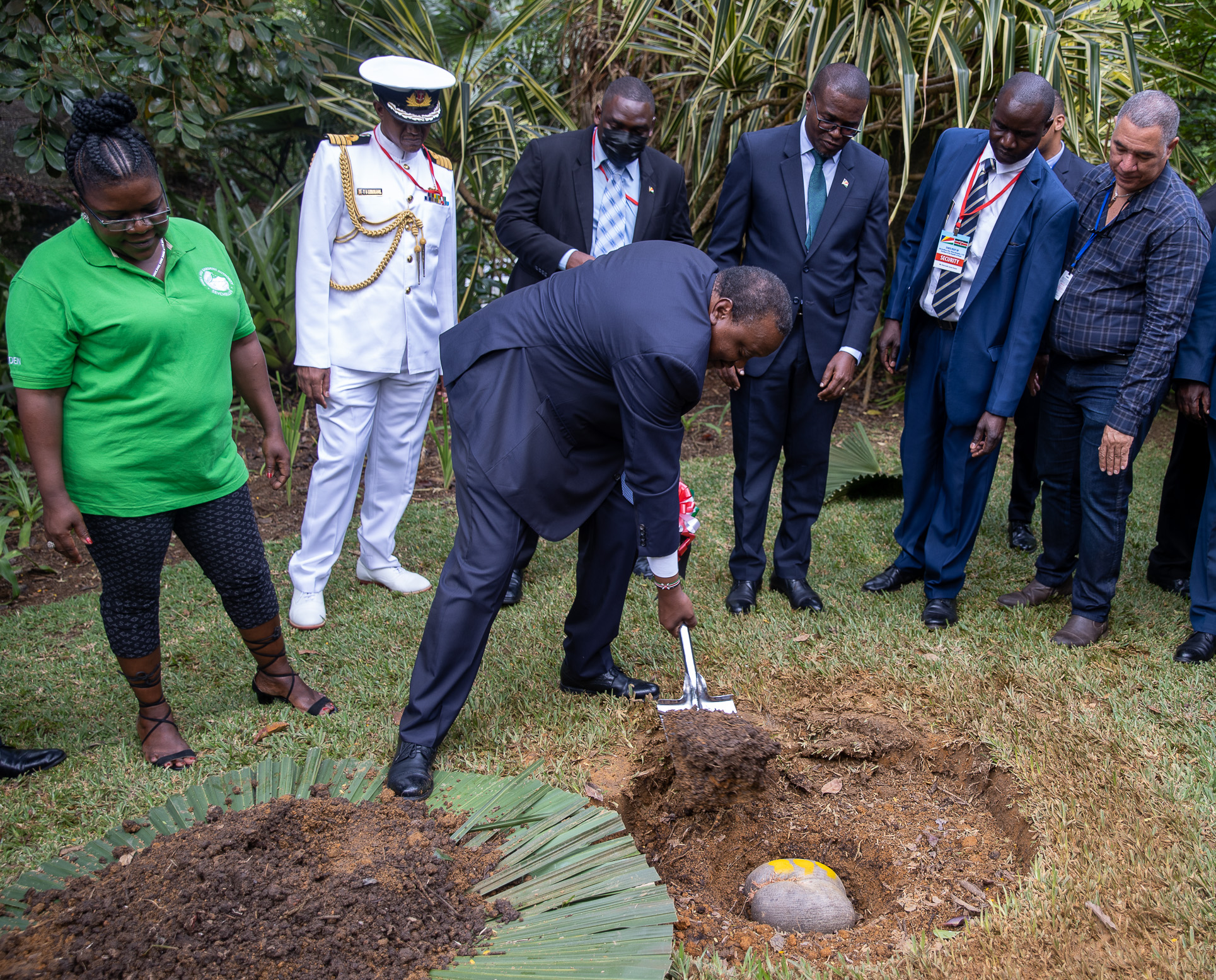 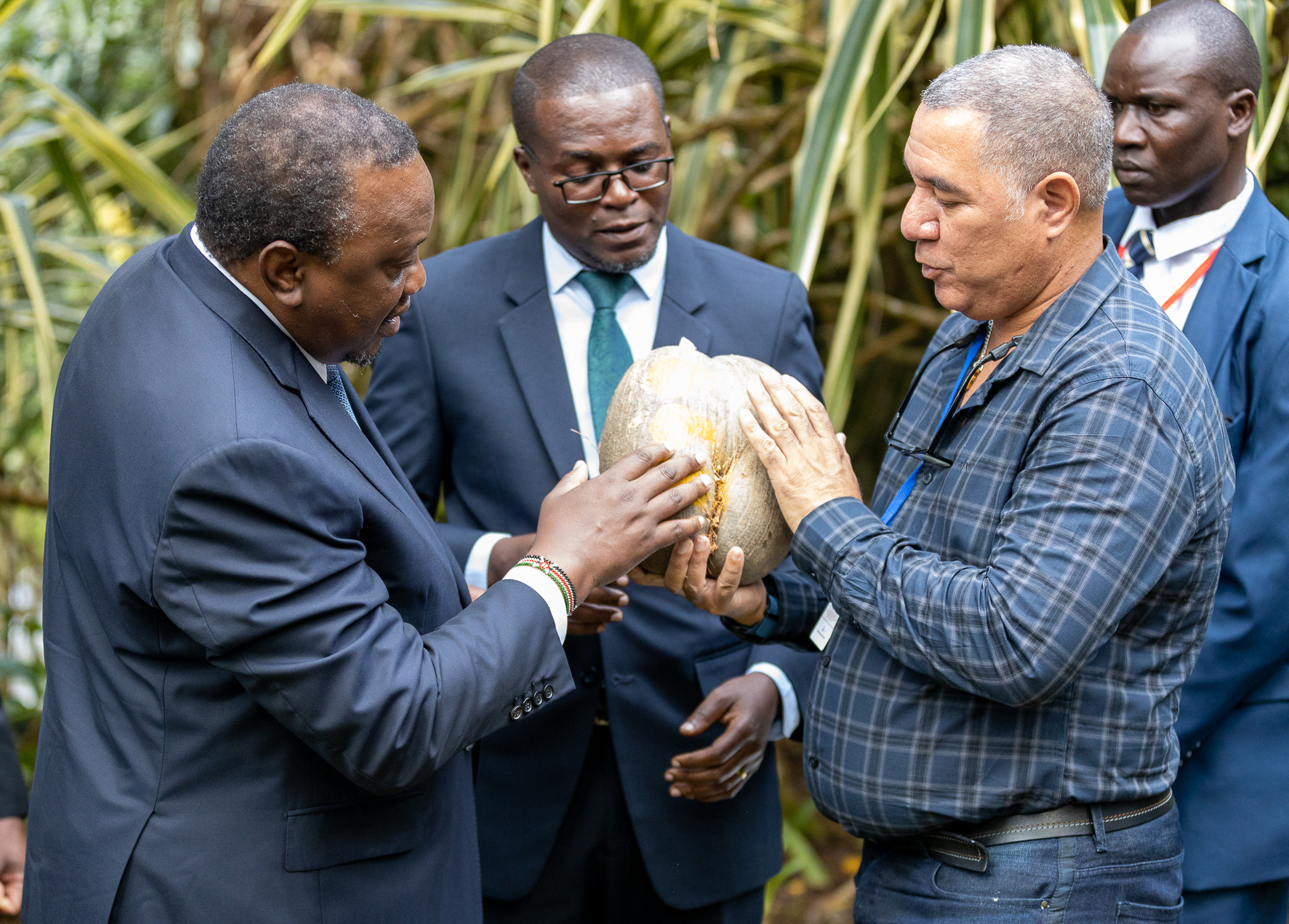 The President was taken on a guided tour of sections of the 94-acre gardens hosting close to 50,000 plants representing 8,500 different species by Seychellois Minister for Agriculture, Climate Change and Environment Flavian Joubert. 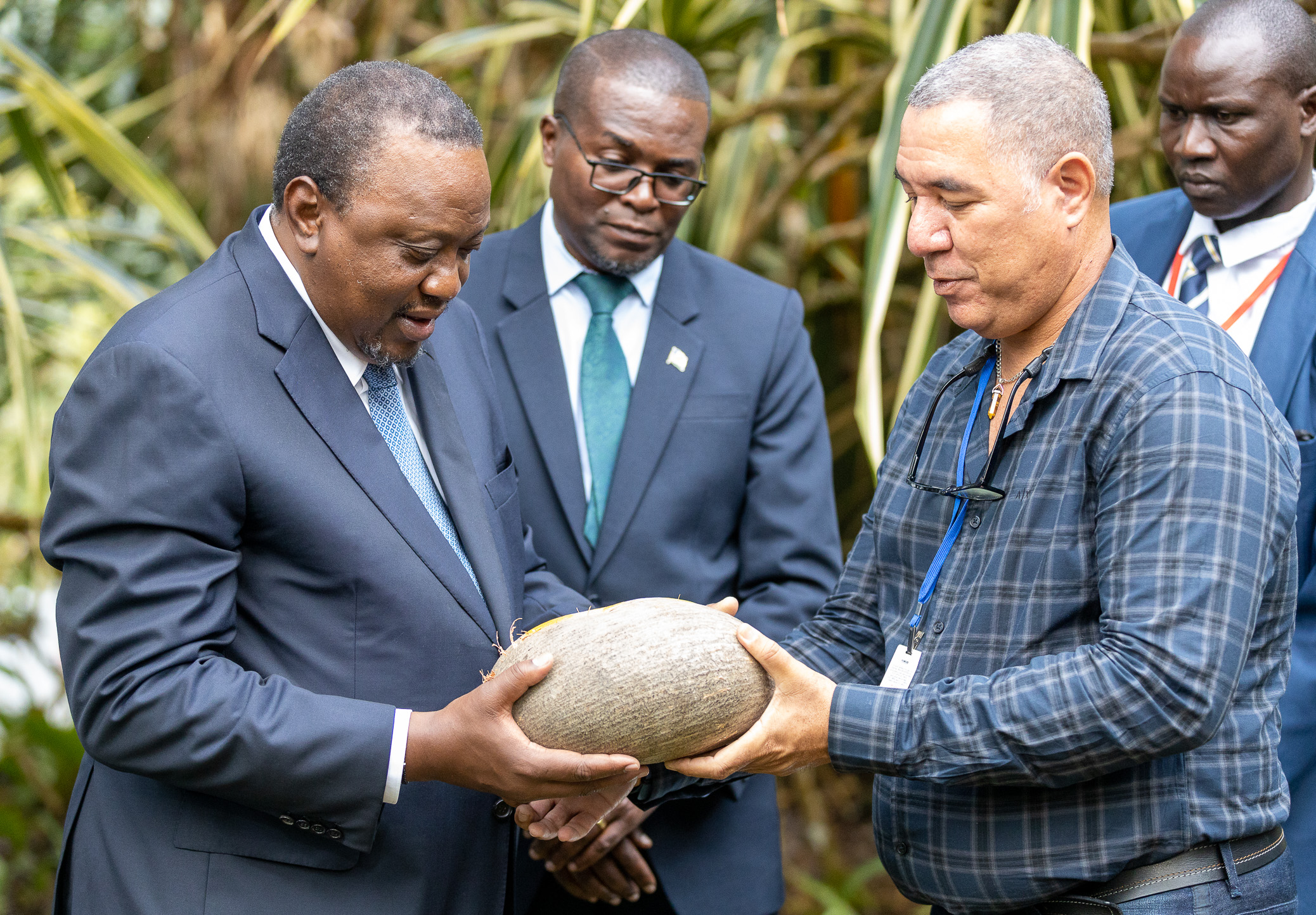 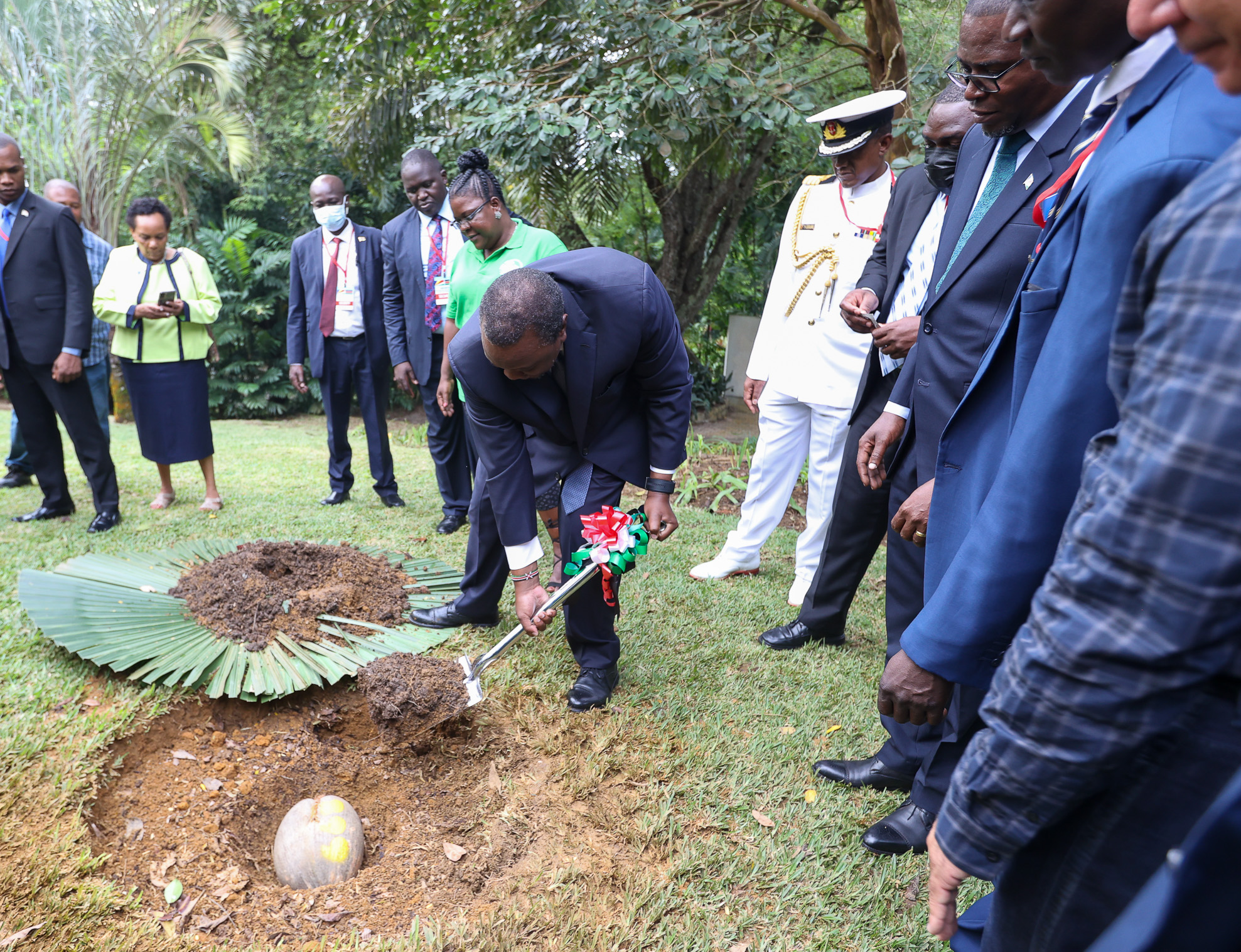 Established in 1901, Mont Fleuri is one of the greatest attractions in Victoria for nature lovers while its signature Coco-de- mer, popularly known as the sea coconut, is a rare palm tree species that’s native to the Seychelles archipelago.

The Head of State said he is dismayed by the increase of the occurrences of unconstitutional changes of power in several African countries.

“We need effective parliaments, such as the ones we have in Seychelles and Kenya, to protect the constitution and show by example, that democratic governance does indeed deliver more effectively for the people,” President Kenyatta said.

Noting that parliamentarians are the custodians of public resources, the President urged them to ensure those resources are effectively deployed and utilized for the benefit of the citizens.

“Honourable Members, you as representatives of the people occupy a very important place in our independent nations. As lawmakers, you have a sovereign duty to ensure that we have a legal framework that upholds the fundamental rights and freedoms of our people, ensures equity, justice for all and promotes the rule of law,” President Kenyatta said.

The Head of State also said governments depend on their respective national assemblies to enact laws that promote intra-African trade and investment.

He added that parliaments have a critical role in promoting African integration, saying it was because of their significance that the Assembly of Heads of State and Government established the Pan African Parliament, which is based in South Africa.

“Honourable Members your responsibility to promote African integration extends to the ratification of the relevant agreements and protocols of the African Union.

The President, who is on the second day of his State Visit to the Indian Ocean Island country, was accompanied by Foreign Affairs Cabinet Secretary Raychelle Omamo and Deputy Chief of Staff Ruth Kagia among other senior Government officials.