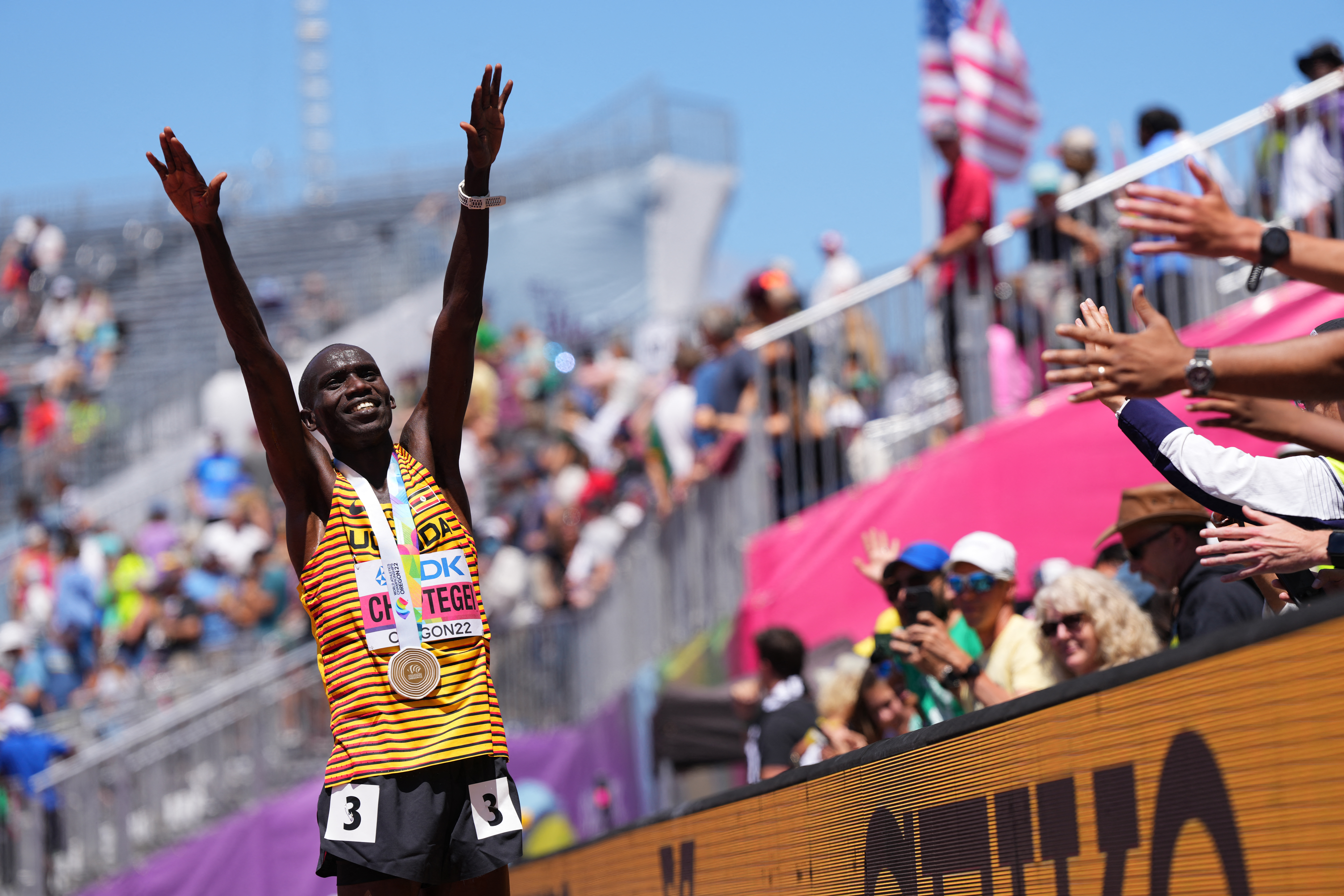 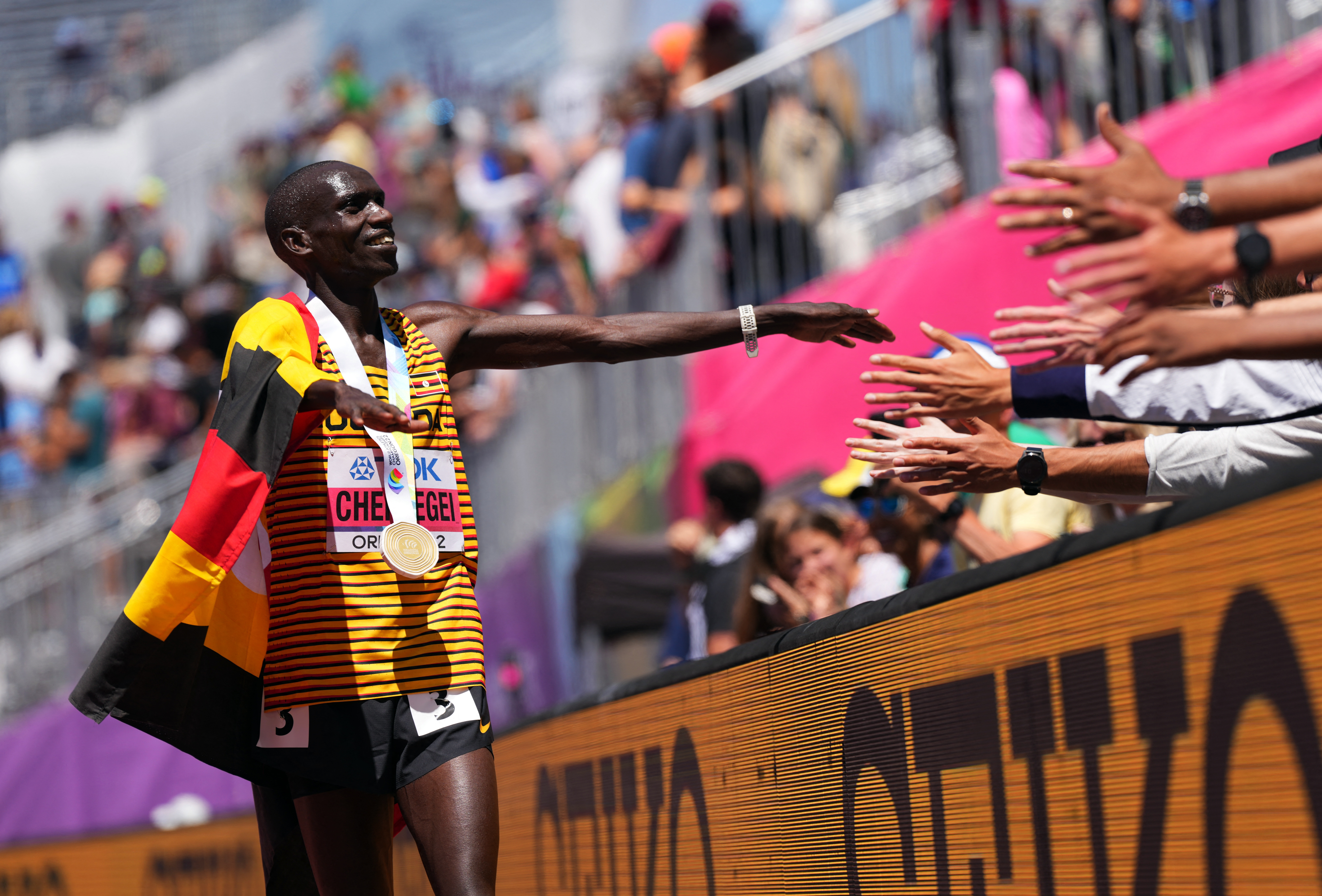 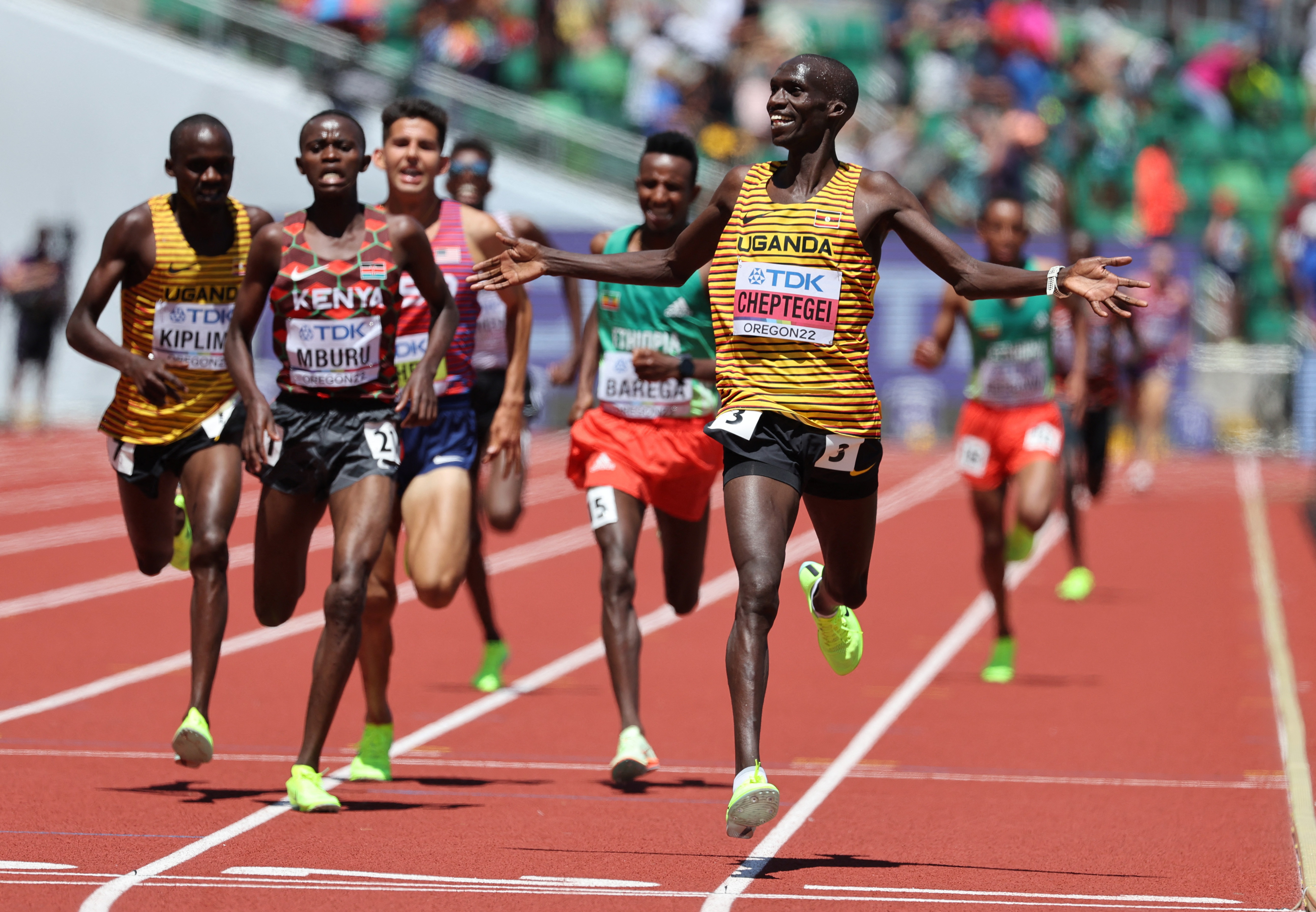 Last year in Tokyo Cheptegei kept his powder dry until the bell, only to be outkicked by Selemon Barega. On Sunday he started upping the ante with over a kilometre to go, throwing in laps of 64 and 63 seconds to stretch a group of eight as they hit the bell.

He then continued to press and though there was a mad scramble behind him that had the healthy Hayward Field crowd roaring in appreciation, he was strong enough to hold the field off and come home in 27:27.43 minutes.

Kenya’s Stanley Mburu, who took a heavy fall on the first lap, recovered well to finish second in 27:27.90. Jacob Kiplimo, 21, who was third in Tokyo, claimed another bronze for Uganda in 27:27.97.

“I knew that if I get into the last fight, I can control it and I could speed it up,” said Cheptegei, still only 25 but who made his world championship debut back in 2015.

“I did not aim to run really fast because of the heat, the sun was very strong, but I was able to get stronger and keep it faster and faster.”

Fast-finishing Grant Fisher just ran out of track in his bid to win a first medal in the event for the United States, finishing fourth, with Ethiopia’s Olympic champion Barega unable to repeat his Tokyo fireworks as he ended up fifth.

Cheptegei, who also took a silver in the event in 2017 and who won Olympic gold over 5,000m last year, will now attempt the elusive double when going again over 5,000 later in the week in Eugene.

“It was very emotional for me to come back to the USA where I started my international career in 2014 (winning the world junior 10,000m title in Eugene),” he said. “Now, I want to continue my dominancy in the long distance running and I hope I will manage it.”