Christian Eriksen has completed his move to Manchester United on a three-year contract, the club announced on Friday. 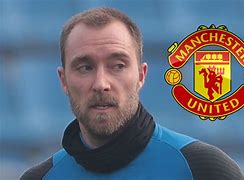 Eriksen, 30, was a free agent after leaving Brentford at the end of last season. The Denmark international signed for Brentford in January 2022 and made 11 appearances for the newly promoted side, scoring one goal.

“Manchester United is a special club, and I cannot wait to get started,” Eriksen told the club’s official website.

“I have had the privilege of playing at Old Trafford many times but to do it in the red shirt of United will be an amazing feeling.

“I have seen Erik’s work at Ajax and know the level of detail and preparation that he and his staff put into every day. It is clear that he is a fantastic coach. Having spoken with him and learned more about his vision and the way he wants the team to play, I am even more excited for the future.

“I still have major ambitions in the game, there is a huge amount that I know I can achieve, and this is the perfect place to continue my journey.”

Tottenham also lodged an interest in Eriksen, but after manager Antonio Conte stepped back from a deal, United were able to swoop in.

He was instrumental in helping Brentford finish 13th in the Premier League in their first season in the top flight following promotion from the Championship, with his fine form ensuring interest from a host of clubs across Europe.

It is the latest step in a remarkable comeback for Eriksen, who suffered a cardiac arrest playing for Denmark at last summer’s European Championship.

His contract at Inter Milan was terminated in December 2021, and he signed with Brentford as a free agent soon after.

His arrival will be a boost to United after they secured their second win in a row on their preseason tour with a 4-1 result against Melbourne Victory on Friday.

United are also set to sign Lisandro Martinez from Ajax and are hopeful the defender will join up with the squad in Australia.