By Ronald Kabuubi
Thursday, 14 July 2022, 16:59
0
3
Share
Facebook
Twitter
Pinterest
WhatsApp
Telegram
108 Views
Uganda President Yoweri Museveni has dismissed the recent World Bank report which classified the country as still a low-income nation.In a July 1 economic update, the World Bank maintained that Uganda’s per capita gross national income stood at $840 per annum, according to its data for the period ended 2020/2021.However, during the launch of the Public Policy Executive Oversight Forum (Apex platform), the President questioned the World Bank’s source of information, insisting that Uganda had attained middle-income status.

“The economy is growing. The other day, I had some arguments about whether we have gone to middle income or not. We reaffirm. I do not know where the World Bank is getting their data from,” Mr Museveni said.

He added: “But our data about our country is that we are now at GDP (Gross Domestic Product) per capita of $1,046 and that is already in the middle income. We need to stay there for three more years or go up to be declared officially. We have got some money and the things to do are many. That is why prioritisation becomes important.” 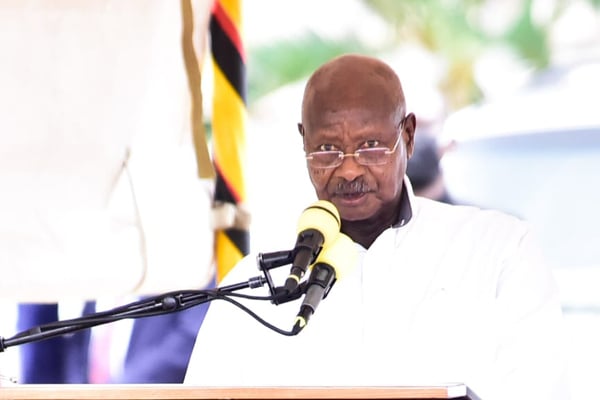 During the State-of-the-Nation Address in June, the President announced that Uganda had attained middle-income status.

While addressing a media briefing last week, Dr Chris N Mukiza, the Uganda Bureau of Statistics (Ubos) executive director, said government data for the Financial Year 2021/2022 indicates that Uganda’s GDP per capita is estimated at $1,046, which is within the middle-income threshold.

“The reference periods in the two reports are different. Whereas the report by the government was based on the Financial Year 2021/2022, the one by the World Bank was based on the Financial Year 2020/2021. Thus, the per capita income in the two reports refer to two different periods, the government of Uganda report being the most up to date,” Dr Mukiza said.

ISO to spy on state agencies

At the same function, Mr Museveni revealed that he was going to deploy the Internal Security Organisation (ISO) to spy on corrupt government agencies and those sleeping on the job.

“We have lost time because of people who did not understand our vision, but I am grateful that we have started to move in the right direction. There is no reason why something should go wrong when it is budgeted for,” President Museveni said.

He blamed businessmen and investors for reportedly fuelling corruption by bribing government officials to endorse their projects.

Mr Museveni said by deploying ISO to spy on government agencies, corruption will be revealed.

The State minister for Economic Monitoring in the Office of the President, Mr Peter Ogwang, said ISO will give intelligence on how government projects are being implemented.

“You have been seeing me conducting field trips where a number of government officials have been arrested over corruption or shoddy work. All these were on a tip-off from ISO,” Mr Ogwang said.

About the Apex platform

Mr Yunus Kakande, the secretary in the Office of the President, said the Public Policy Executive Oversight Forum (Apex platform) is a public policy management reform approved by the Cabinet in 2018 to play an oversight role of all programmes funded by the government.

The platform, which is coordinated by the Office of the President, is also aimed at fast-tracking the performance of the 23 presidential guidelines and directives.