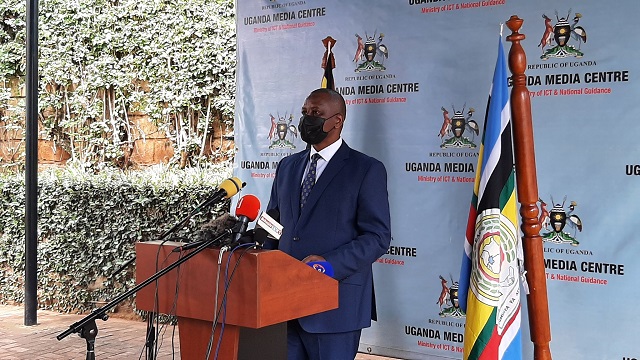 The thugs gained access to the court through the back and entered the cashier’s office and broke into the Small Claims Procedure office.

Sources who preferred anonymity said that computers that were being used in both the offices were destroyed by the thugs and the main system server taken. At the time of the robbery, there were only two police guards attached to Counter Terrorism.

The Judiciary Public Relations Officer Jameson Karemani says that the court has been sealed as the police conduct investigations. He says that they are yet to establish the documents that were stolen.

The robbery brought business at the court to a standstill. The prison warders who had brought suspects to the court were left stranded.

Emmanuel Bunya, the Spokesperson of the State House Anti-Corruption Unit says that they had brought suspects for plea taking. They include Franklin Babibaasa and Edward Turyarugayo for impersonating Brigadier Henry Isoke.

The break-in comes barely two months when the Judiciary received 77,472 historical files dating more than 100 years ago from the  Archives of Mengo Chief Magistrates Court.

Some of those files that were to be digitalized included original documents of counties under the Buganda Kingdom, Parishes and Sub-county courts dating back to 1900 detailing the colonial period, and district courts of Mengo, ten land titles including that of Stanislaus Mugwanya who signed the 1900 Buganda Agreement among other documents.