Biden arrives in Israel ahead of thorny Saudi trip

BBC News
US President Joe Biden has arrived in Israel at the start of a landmark regional tour, which will include a controversial visit to Saudi Arabia.

It is his first trip to the Middle East since taking office. Mr Biden will also meet the Palestinian president as well as Israeli and Saudi leaders.

Palestinians have expressed frustration that the US has not done more for them since his presidency began in 2021.

Could you settle global conflicts? This simulation makes you a player in geopolitical scenarios
Ad 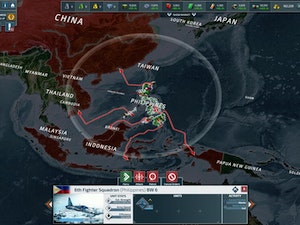 But the main focus will be on his Saudi trip due to tensions over human rights.

Mr Biden has faced criticism over his planned meeting on Saturday with the kingdom’s de facto leader, Crown Prince Mohammed bin Salman, who was accused by US intelligence agencies of approving the murder of Saudi dissident journalist Jamal Khashoggi in Turkey in 2018. The prince denied the allegations, and Saudi prosecutors blamed “rogue” Saudi agents.

When he was campaigning for the presidency in 2019, Mr Biden vowed to make Saudi Arabia “the pariah that they are” for killing Khashoggi, who lived in the US and wrote a column for the Washington Post.

Mr Biden defended his visit in an op-ed in the Washington Post on Saturday, saying his “aim was to reorient – but not rupture – relations” with Riyadh.

The visit also comes at a time of rising oil prices, and energy production is expected to be on the agenda of the discussions between Mr Biden and Prince Mohammed, whose country is the world’s biggest oil producer.

The president and his Secretary of State, Antony Blinken, will attend a regional summit in Saudi Arabia, amid reports that the US is seeking agreement on closer defence co-operation between Israel and several Arab states – some of them old foes – to counter the threat from Iran.

Mr Biden will become the first US president to fly directly to Saudi Arabia from Israel, which is seen as a small but significant sign of Riyadh’s growing acceptance of Israel after decades of boycott in solidarity with the Palestinians.

Israel’s Prime Minister Yair Lapid has said Mr Biden’s plane will “carry with it a message of peace and hope from us” to the Saudis.

One of Mr Biden’s first stops will be the Yad Vashem Holocaust memorial – which high-ranking foreign dignitaries traditionally visit.

He will meet Mr Lapid again on Thursday for talks, during which the two leaders are expected to discuss security co-operation and the nuclear crisis with Iran.

Mr Biden favours a US return to the 2015 Iranian nuclear deal, which was abandoned by his predecessor Donald Trump four years ago. Israel, which considers Iran its biggest threat, wants the Iranian nuclear programme stopped. Iran says its nuclear activities have always been entirely peaceful, but Western powers and the global nuclear watchdog say they are not convinced.

On Friday, Mr. Biden will hold talks with Palestinian President Mahmoud Abbas in Bethlehem, in the occupied West Bank.

The Palestinians want the US to do more to re-start peace talks with Israel and to reopen the US consulate in Jerusalem, which served as a de facto embassy to the Palestinians before it was shut by the Trump administration in 2019.

However, Mr. Lapid is not expected to make diplomatic overtures towards the Palestinians ahead of the Israeli general election in November, and the Biden administration has said it is not yet ready reverse the US consulate’s closure.