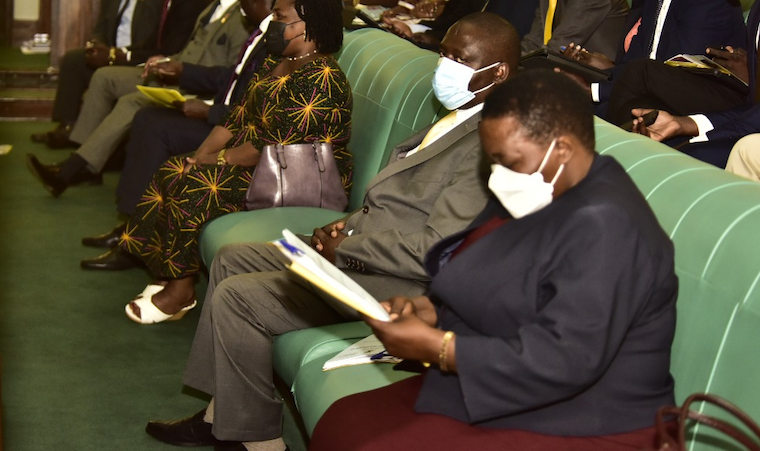 The government has earmarked Shs 135 billion to avert the hunger crisis in the Karamoja sub-region in the next three months.

The intervention was announced by the prime minister Robinah Nabbanja in parliament during a plenary sitting on Tuesday. According to Nabbanja, the decision was passed by the cabinet on Monday.

Nabbanja revealed that the funds will also cater to the purchase of seedlings for the planting season. Recently, the government distributed over 200 metric tons of food supplies to the Karamojong in a bid to stabilize the region troubled by protracted insecurity.

Napak District Woman MP, Faith Nakut observed that while the government has over time intervened to save the population stricken by food scarcity, the food ratios being supplied are not reasonable to sustain the affected households even for a week.

Nakut emphasized that bad weather has continued to fail farmers worsening the food insecurity situation and threatening the lives and livelihoods of thousands of the population in the region.

“As the office of the prime minister provides food, my colleagues and I believe that government can manage to feed starving Ugandans. Issues of procedures, meetings, those can wait as food is being transported home. The urgency is real so any deal means lives lost,” said Nakut.

Francis Adome, the Moroto Municipality MP said the proposal to provide food to starving Ugandans is not sustainable and very expensive and implored the government to devise a participatory approach to address the food looming food crisis in the wake of escalating commodity prices in the country.

“What we’re doing by taking relief is not sustainable, it is about time we came up with solutions that will solve this problem. Govt is losing a lot of money in purchasing this food. Why can’t we put that money into proper if it is about mechanisation? There are regions that have green belts and can produce food,” said Adome.

Oyam District Woman MP Santa Alum said the Lango sub-region has not been spared by the famine. She implored the OPM to supply the region with food to address the crisis in the short term.

Peter Mugema, the Iganga Municipality MP said famine is affecting people in his constituency too, citing that people are dying of starvation and that the government should upscale its interventions beyond Karamoja.

Deputy speaker Thomas Tayebwa tasked the Prime Minister to present a comprehensive statement on the government’s strategy to resolve the food crisis not only in Karamoja but in the entire region.