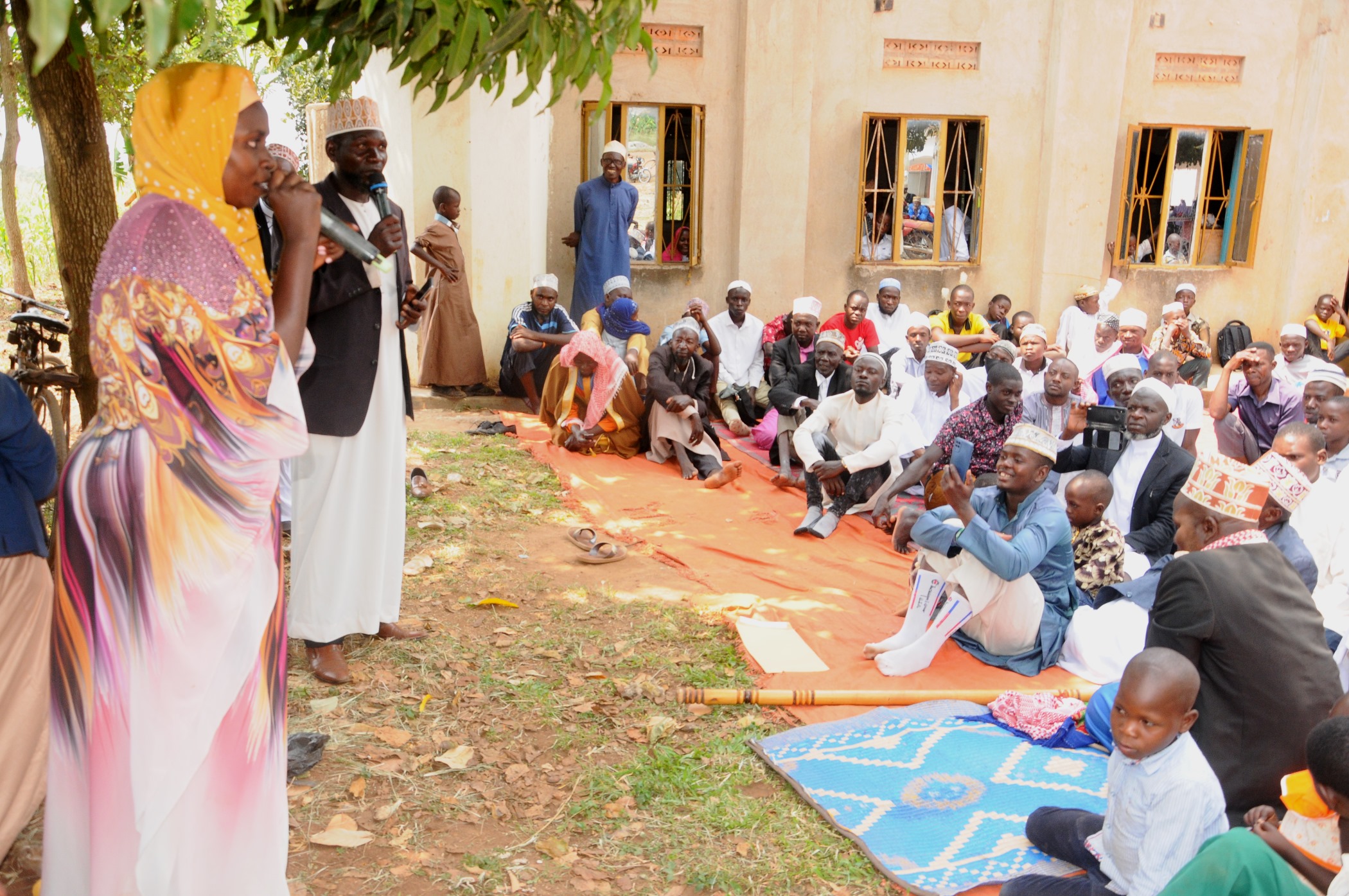 In her address, Aisa commended Muslims who turned up for prayers and for spirit of togetherness that has seen them prosper both in faith and development.

As part of the norm of the day, Hon. Aisa gifted Muslims from three sub counties of Kisiita (main mosque), Nkooko and Katikara with three gigantic bulls for slaughtering as a sign sacrifice just as Prophet Ibrahim did to canonize his faith to Almighty Allah.

Excitement rocked the congregation at the mosque since the bulls were slaughtered on the scene and each of them took with meat to their homes. 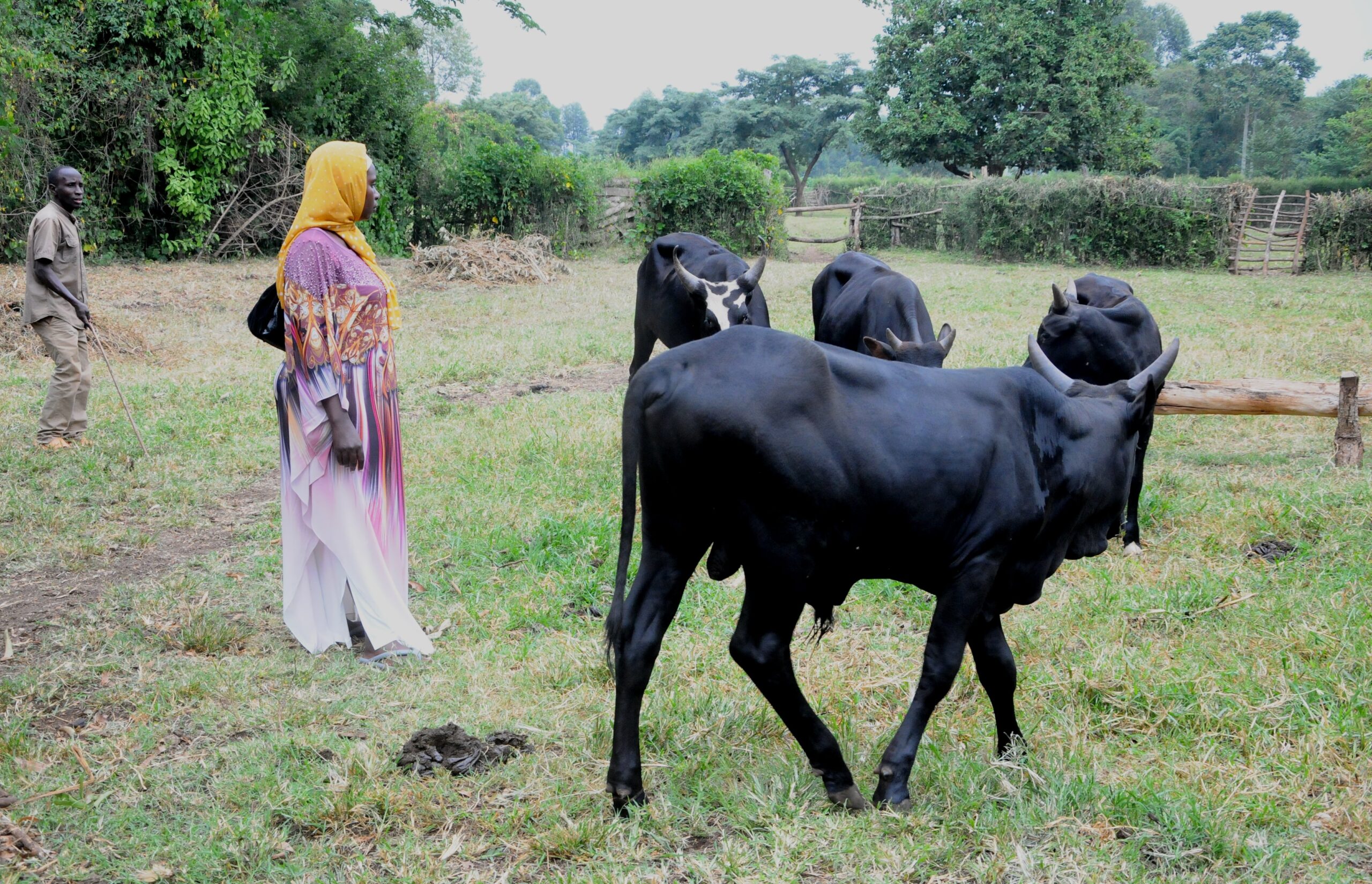 Bugangaizi East Member of Parliament inspects bulls at the farm before gifting them to Muslim congregation on Eid al-Adha at Kisiita Town Mosque. Photo by Julius Mugaga Tukacungurwa.

On the other hand, Hon. Aisa assured Muslims and county electorates that she is exactly doing what they entrusted her to do saying that is doing robust lobbying to solve key challenges facing the constituency like water accessibility, road opening and maintenance, upgrading of hospitals like Kisiita HCIII to the level of HCIV as well as establishing new ones among other issues.

She continued to emphasize that more people will get their land titles since the process already started by surveying some residents especially those in Butenja in Mwitanzigye Sub County. she said the campaign is to cover the whole constituency for people to live in secure land.

she implored her electorates to work so hard to kick out poverty and ensure food security in their homesteads.

Hon. Aisa also showed gratitude over Muslims for bringing with them their children for prayers which she says is a good gesture and will help them grow in faith just as Prophet Mohammed. 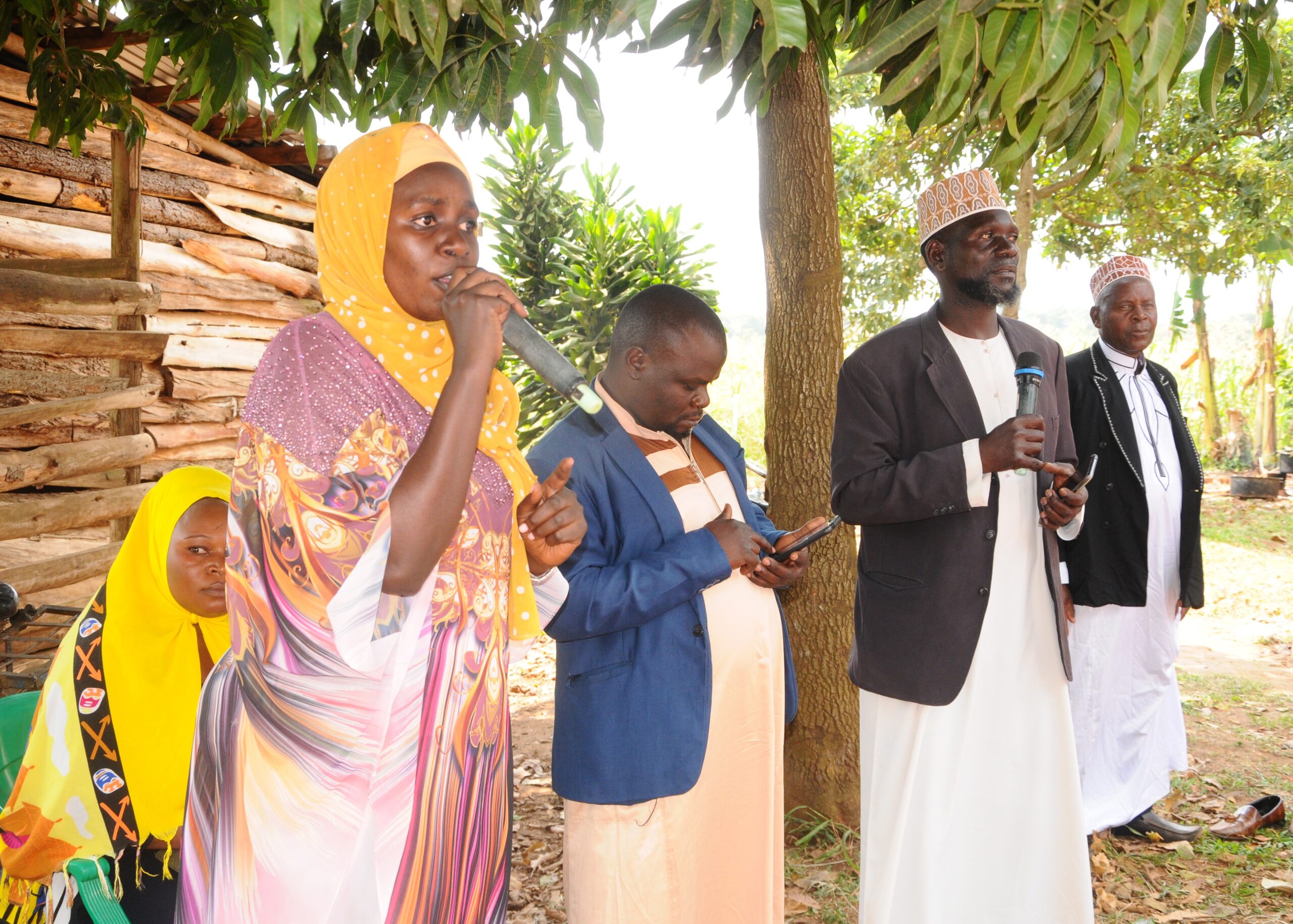 During his preaching on Eid  al-Adha, Muyangu Ismail the Imaam of Kisiita Town Mosque in Bugangaizi East called on Muslims to follow the footsteps of Prophet Ibrahim when he had decided to sacrifice Ismail to show his faith to Allah. He therefore asked them not to just sacrifice but do it for the intimate reason that would transform their faith.

He went on to ask them to exhibit love for each other, help the needy and assist them where they can afford by themselves.

SIMPLE PICTORIAL OF MOMENTS THAT TRANSPIRED ON EID AL-ADHA AT KISIITA TOWN MOSQUE (All photos by Julius Mugaga Tukacungurwa). 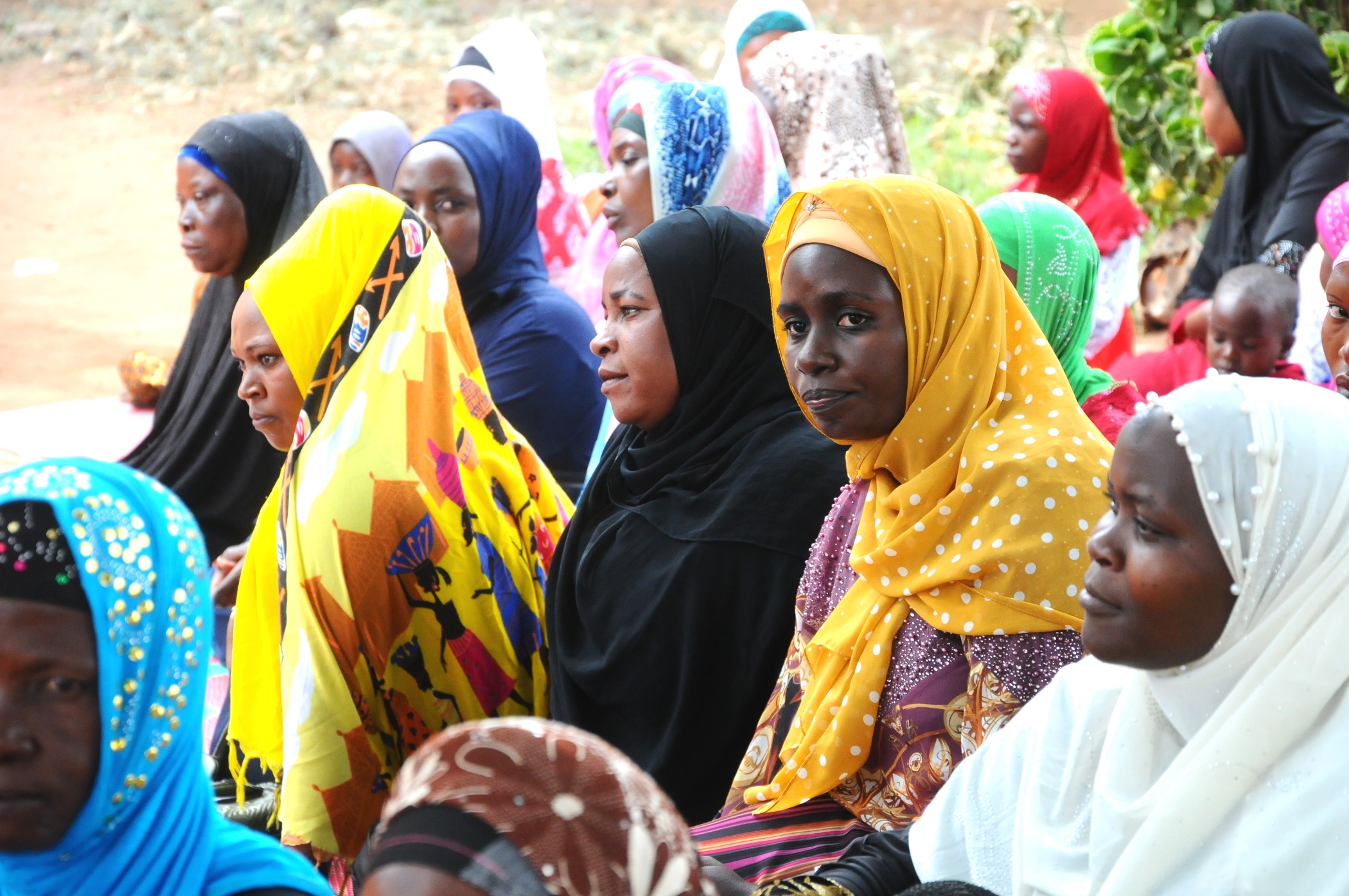 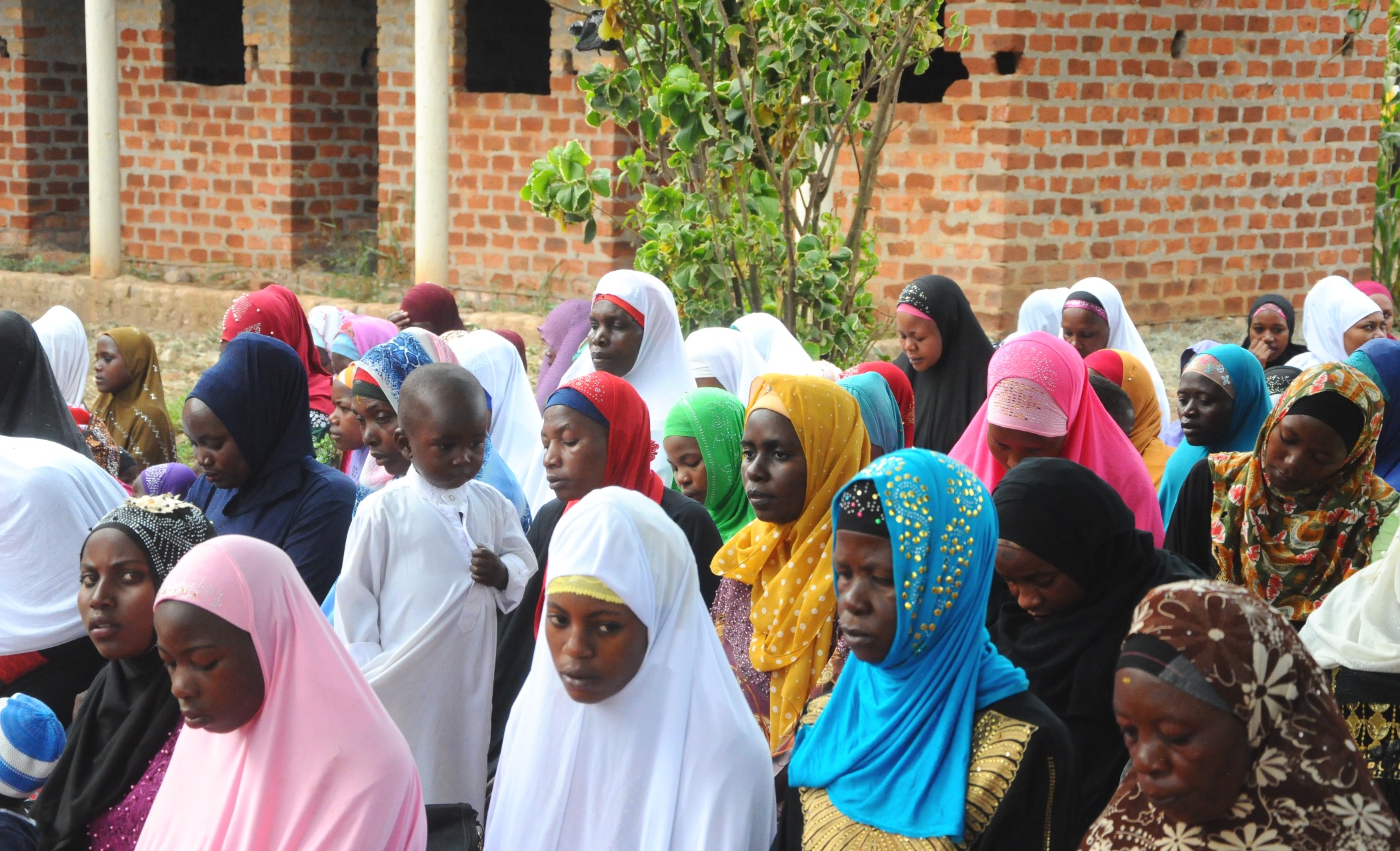 Bugangaizi East Member of Parliament Agaba Aisa (in orange hijab is seen with other Muslim women on Eid al-Adha for prayers at Kisiita Town Mosque. Photo by Julius Mugaga Tukacungurwa. 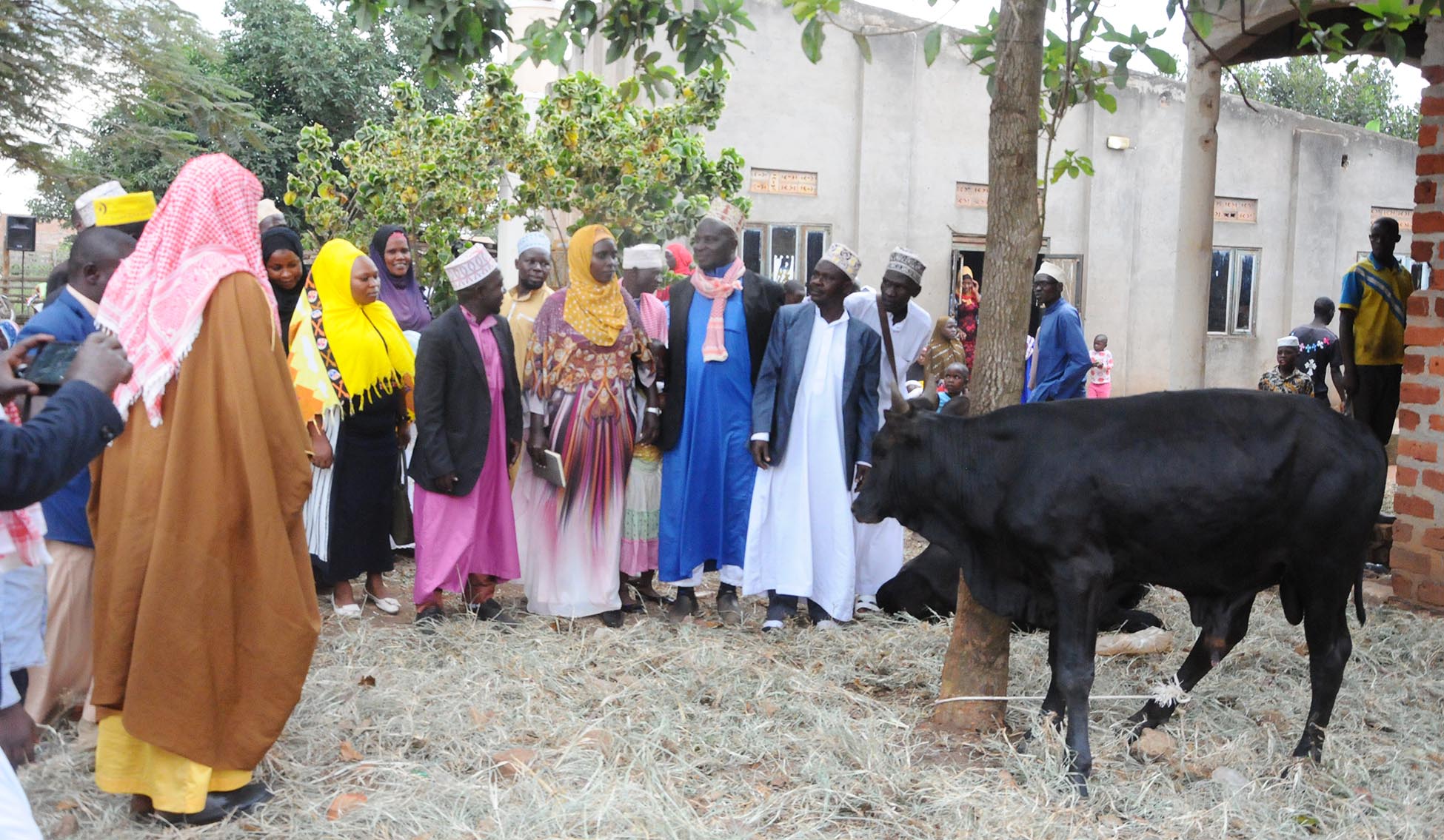 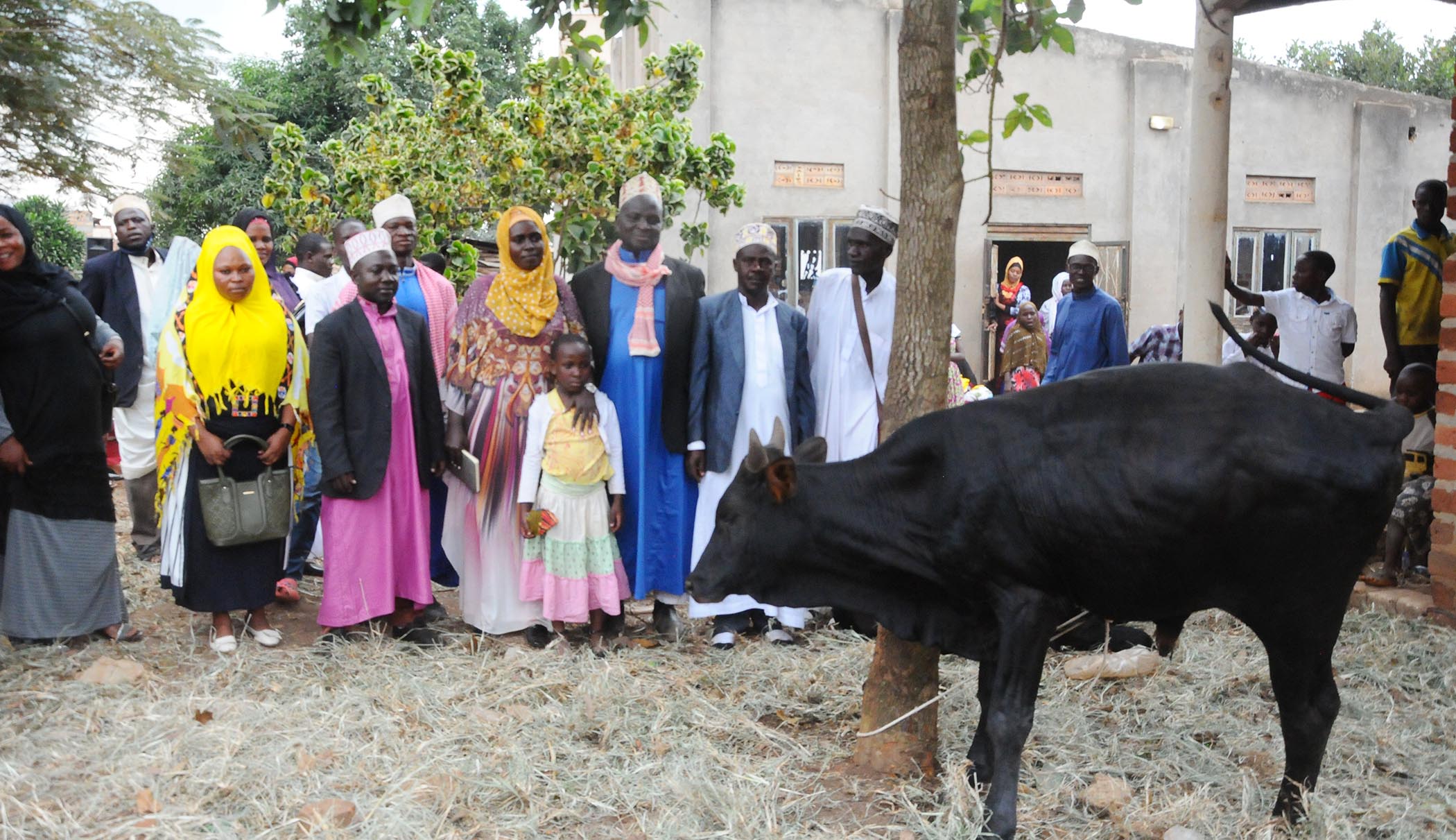 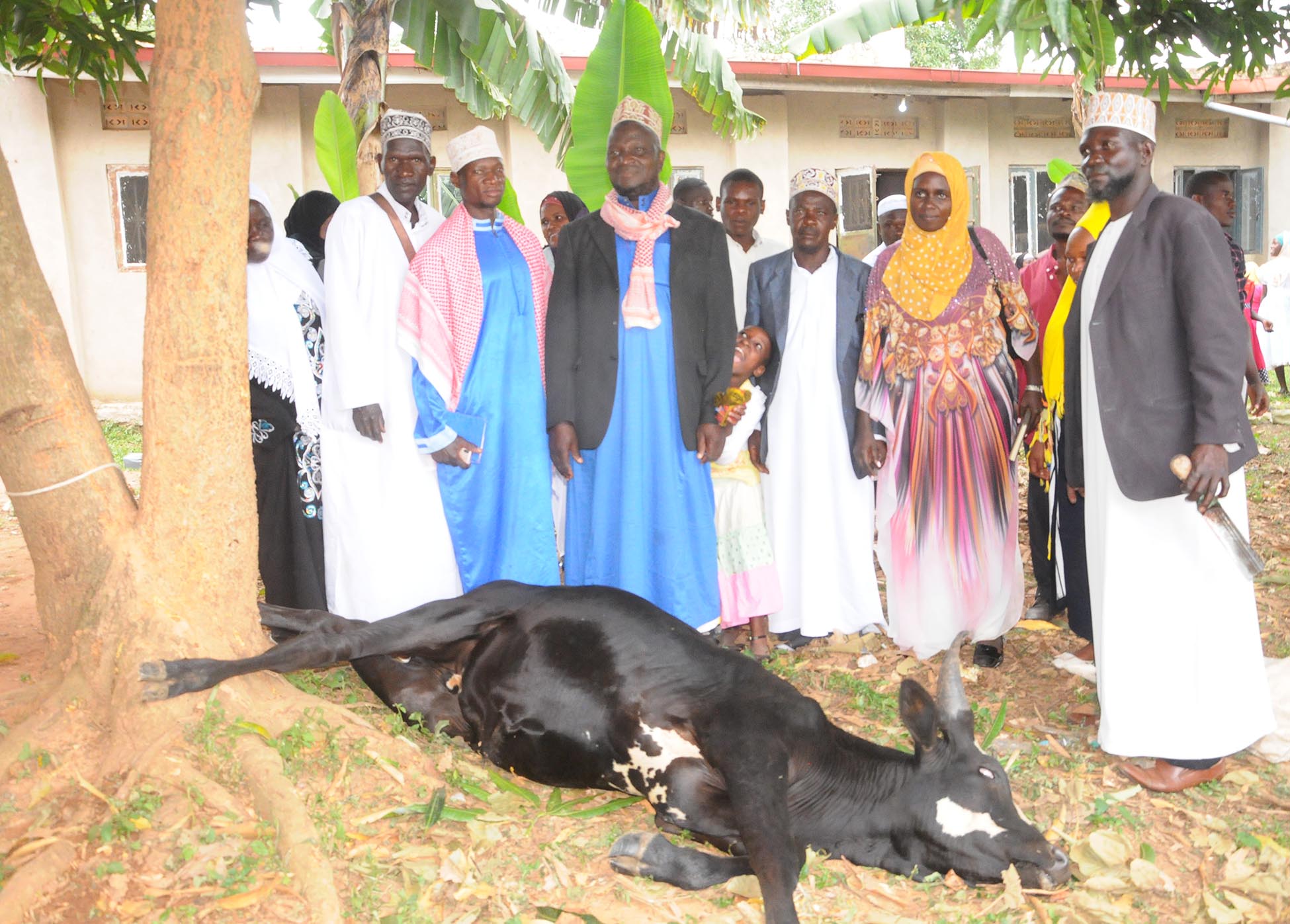 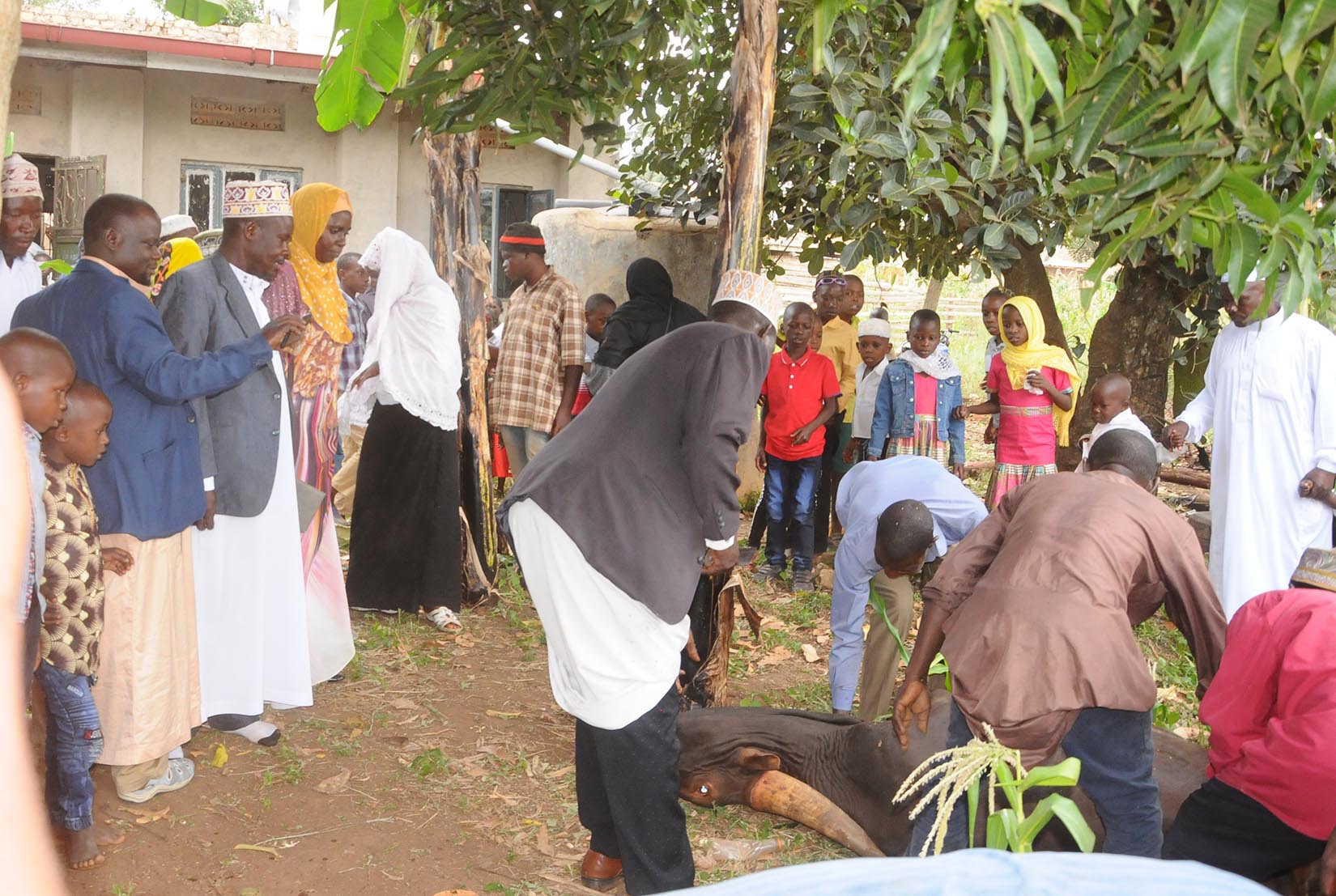 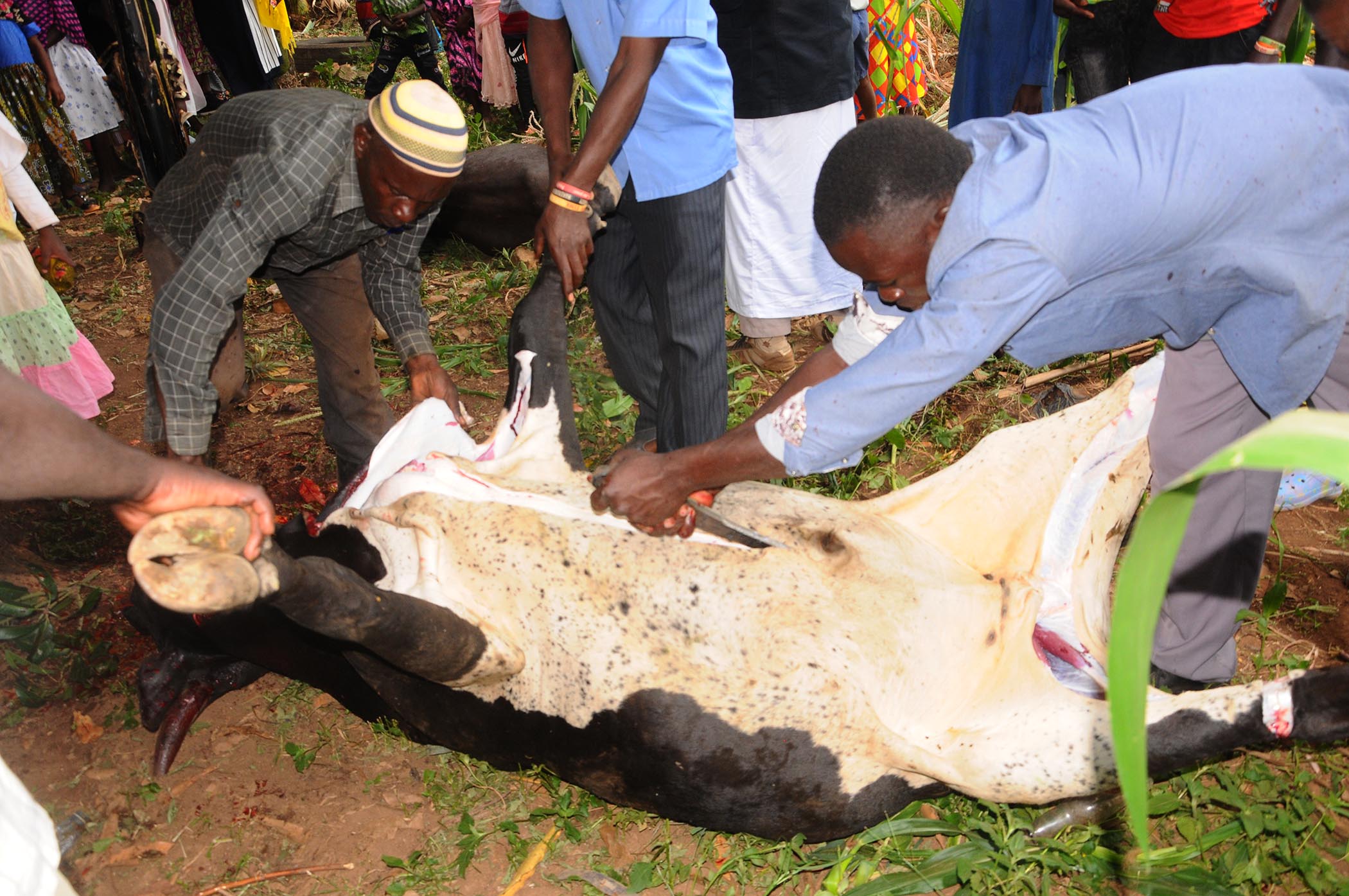