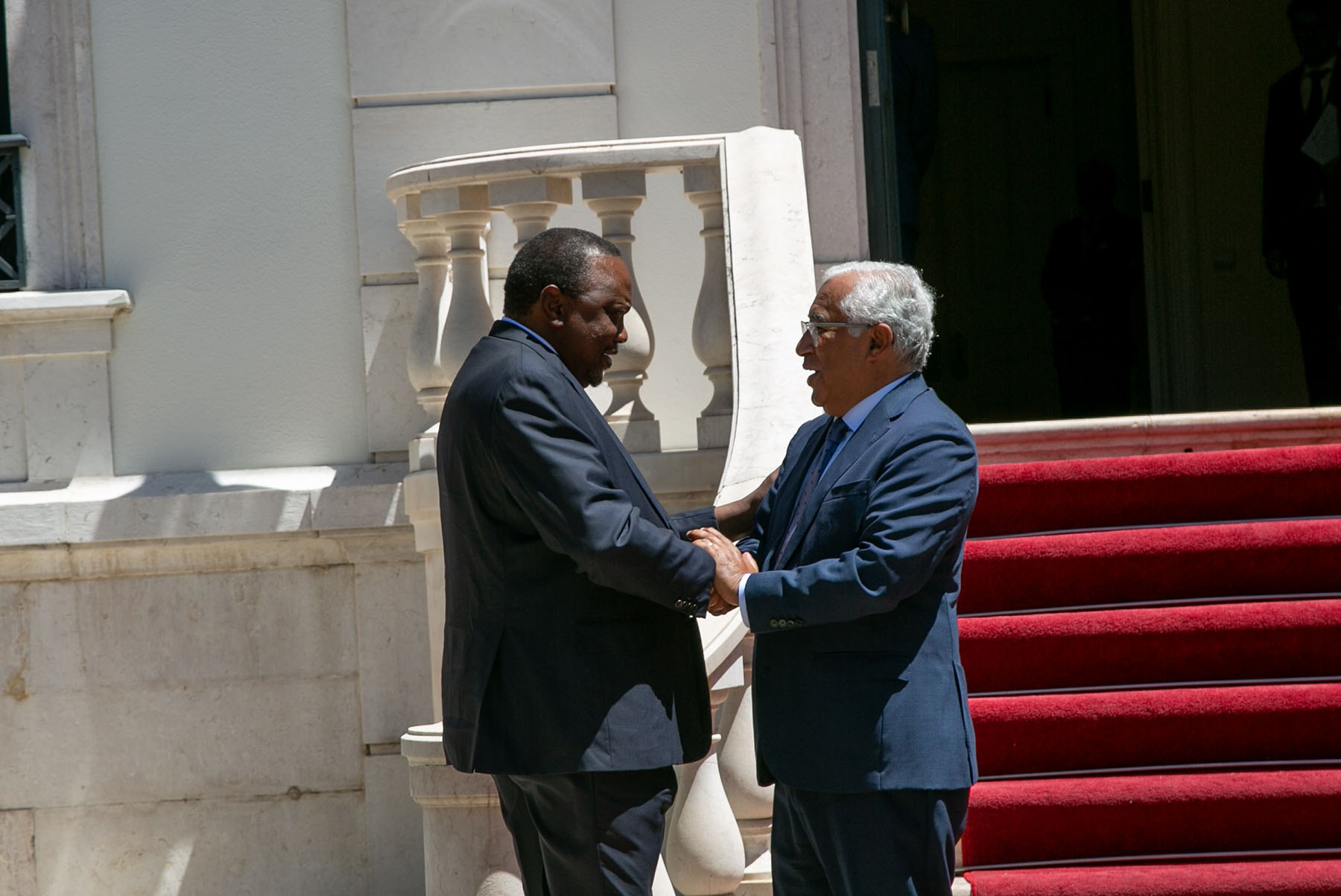 LISBON, Portugal, 28th June 2022 (PSCU) — President Marcelo Rebelo de Sousa of Portugal has announced his Government’s intention to reposition Kenya as the anchor for his country’s growing investments on the African continent. 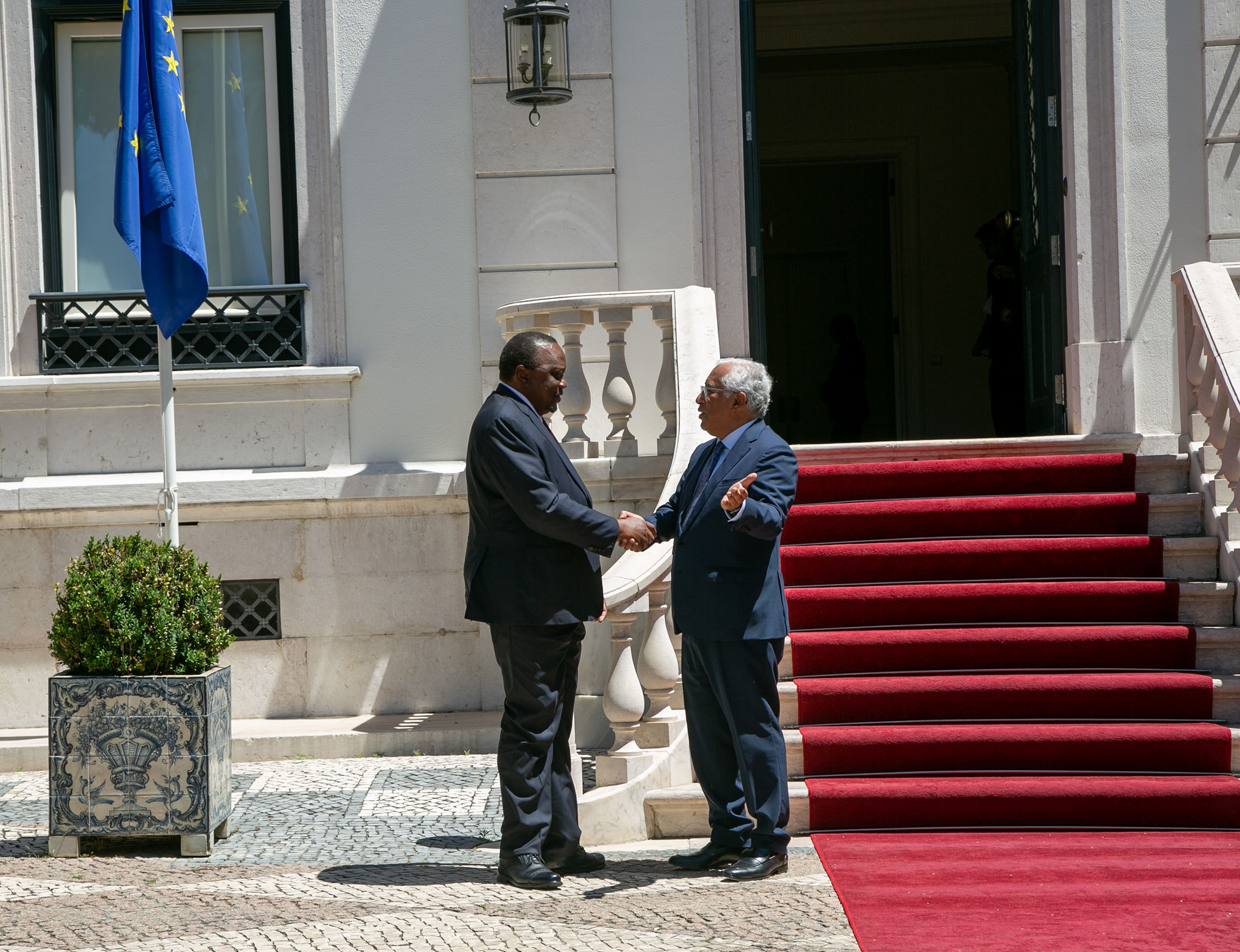 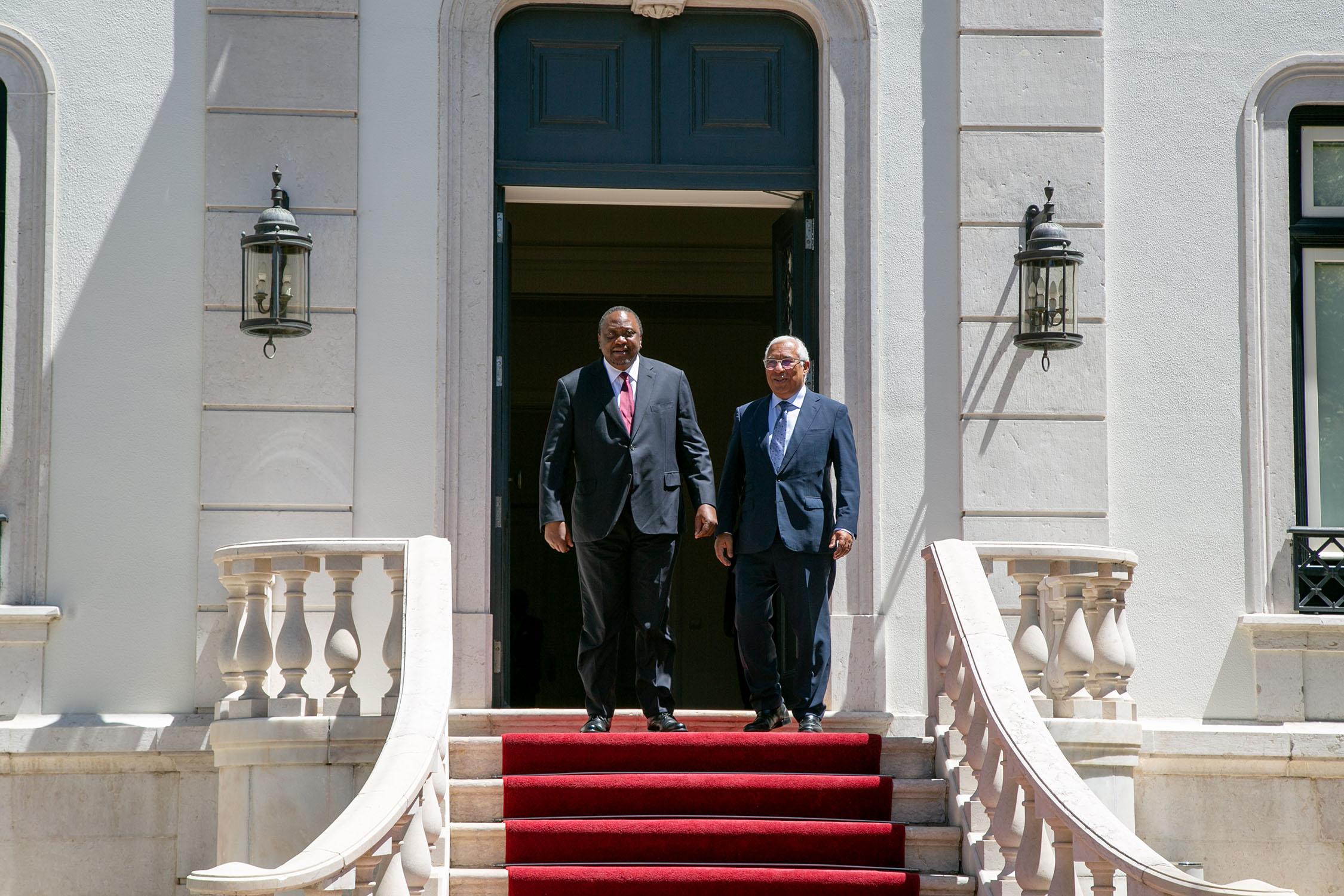 In a media address after a bilateral meeting with a Kenyan delegation led by President Uhuru Kenyatta in Lisbon on Tuesday, President de Sousa said Nairobi is best suited as the entry point for Portuguese commercial interests in Africa.

The President of the Portuguese Republic said Kenya’s stellar profile on the international stage; including its membership of the UN Security Council, leadership of the East African Community, and the role it plays at the African Union, makes Nairobi a perfect commercial partner for the southern European nation. 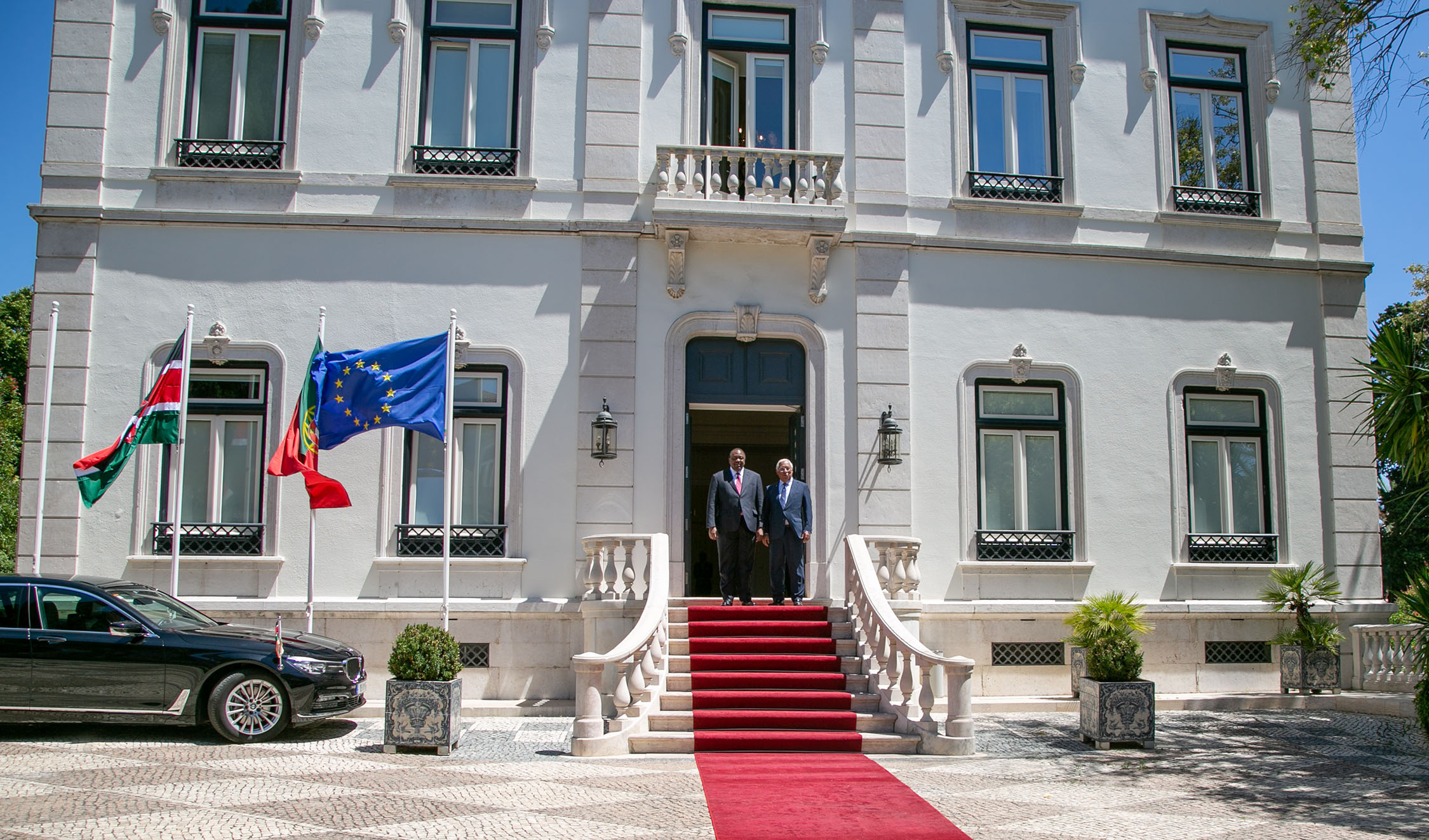 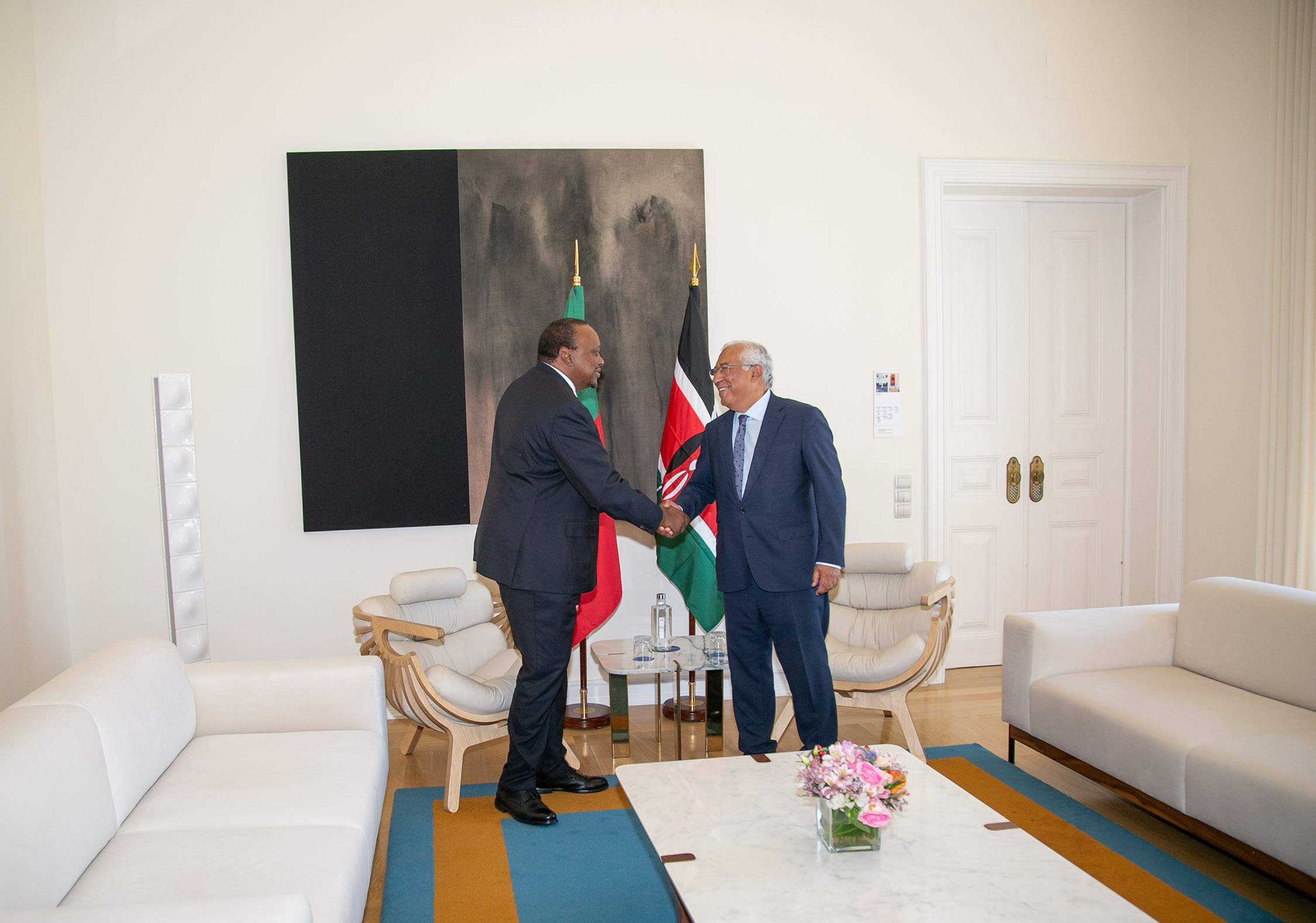 “We see Kenya as an intermediary in major international issues. Kenya has been the co-host of this major conference, the UN Oceans Conference. This demonstrates that this is a young country with a future. A country that looks far ahead into the future,” President de Sousa said through a translator.

The Portuguese leader also spoke about Kenya’s credentials as a guarantor of peace and stability on the African continent, describing the country as a mediator and arbiter whose “role in regional and world peace cannot be overlooked”.

He said Kenya and Portugal are enjoying a growing friendship fuelled largely by their shared history of being“platforms for contact between different civilizations and cultures”.

“Our relationship has been growing constantly bilaterally and multilaterally and therefore we were able to co-host this UN Oceans Conference. It would have been impossible for Portugal to organise this conference without Kenya’s help. 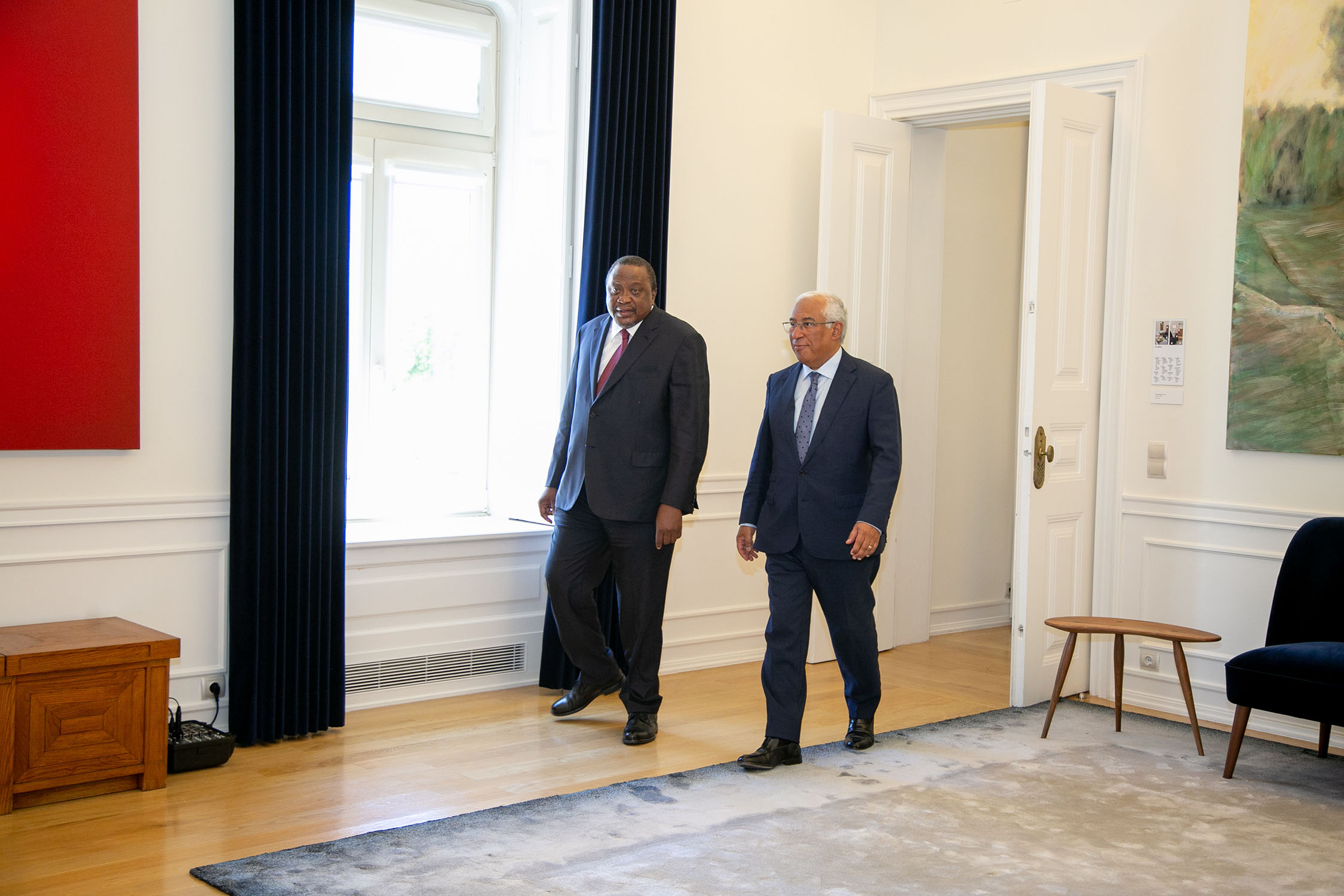 On his part, President Kenyatta said his visit to Portugal and meeting with President de Sousa would help cement the strong ties between Nairobi and Lisbon through increased flow of investments and people-to-people exchanges.

He applauded Portugal’s support in the fight against terrorism and violent extremism in Africa, and termed Lisbon as a global “calming voice”. 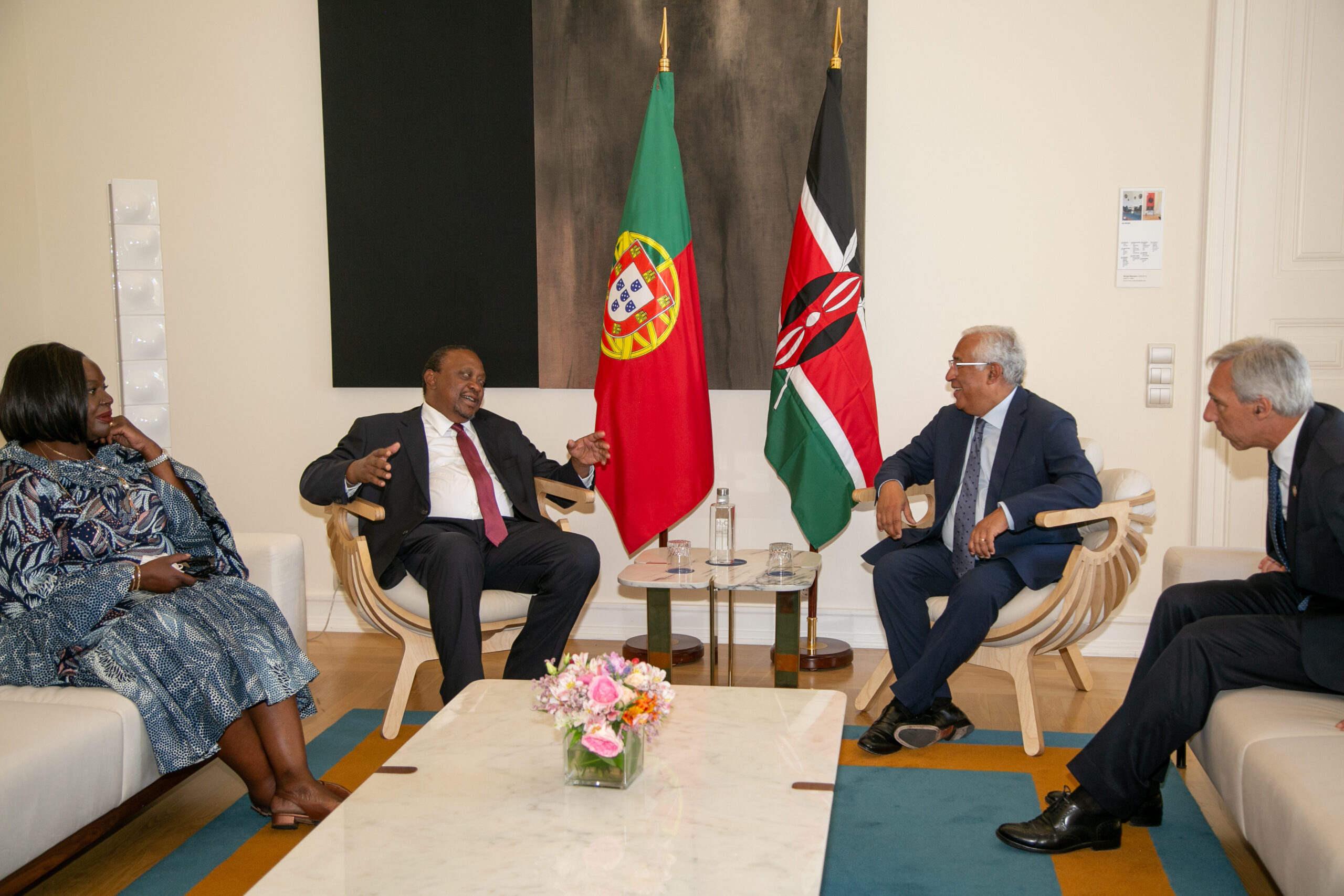 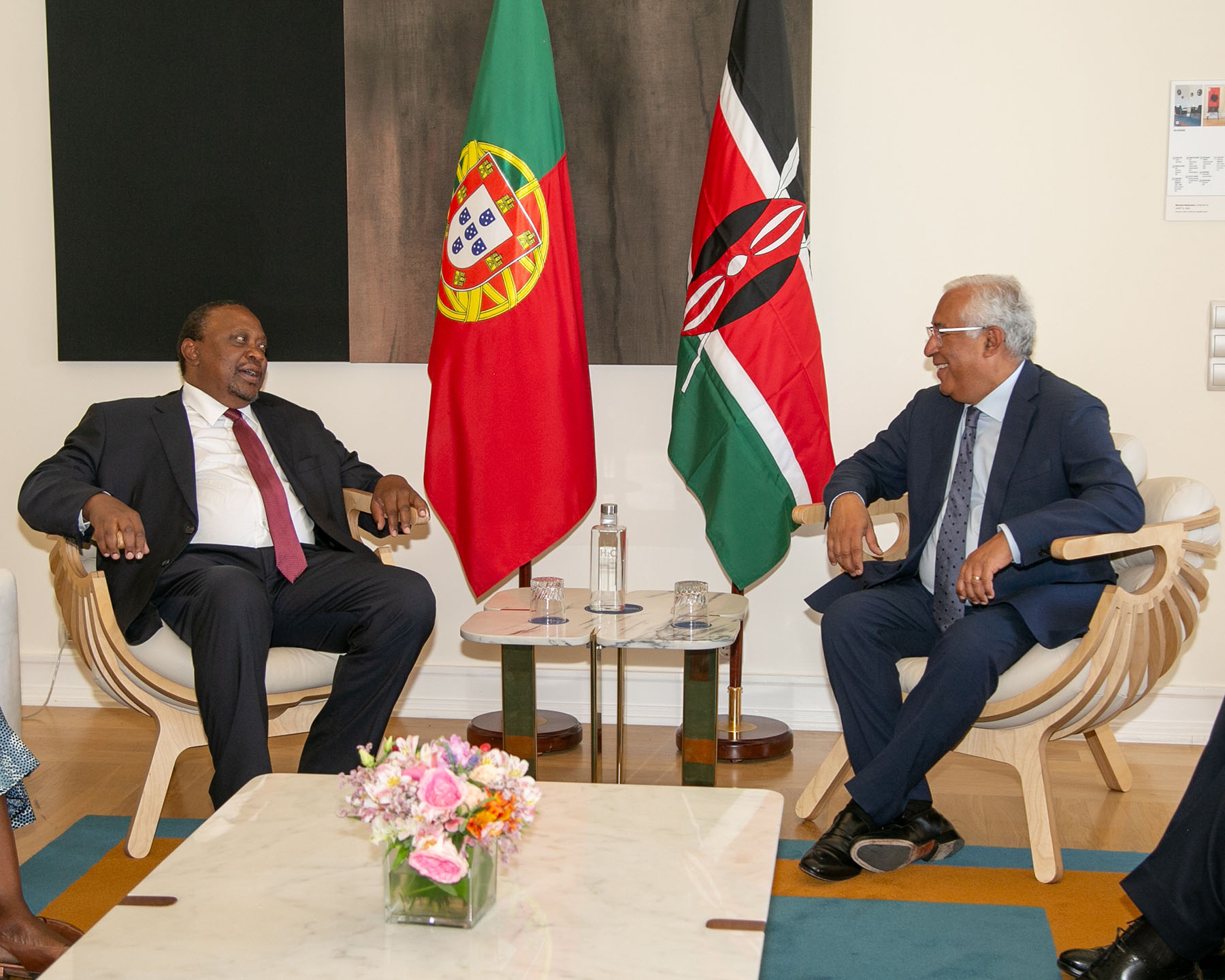 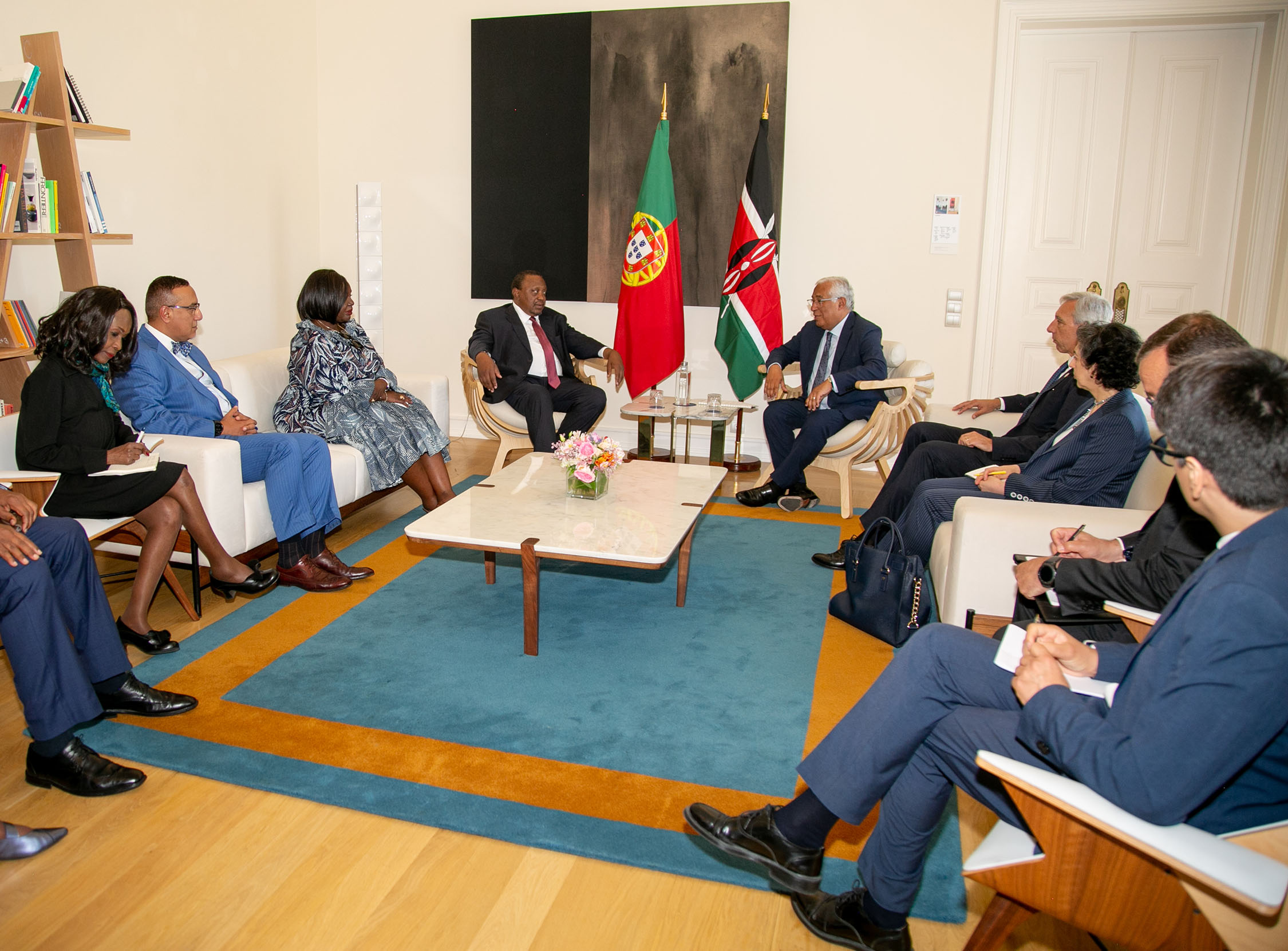 President Uhuru Kenyatta and the Prime Minister of the Portuguese Republic, Rt. Hon. António Costa with their respective delegations at São Bento Mansion in Lisbon, Portugal.

Earlier, President Kenyatta was officially received by his host, President de Sousa, at the commencement of the Kenyan Head of State’s two-day state visit to the Portuguese Republic.

He was received at the iconic Jerónimos Monastery in central Lisbon in an elaborate military ceremony that included a Guard of Honour and a Gun Salute by the Forças Armada (The Portuguese Armed Forces).

Jerónimos Monastery, which President Kenyatta toured extensively, is an imposing masterpiece of the 16th century Portuguese architecture, and a global monument where the remains of renowned Portuguese explorer Vasco da Gama and poet Luís de Camões are interred in clearly marked tombs.

After the detailed reception ceremony, President Kenyatta took a short drive, escorted by a ceremonial cavalry of horse riders, to the nearby Belém Palace, the official residence of the Portuguese President, where the two leaders held their talks and addressed the media.