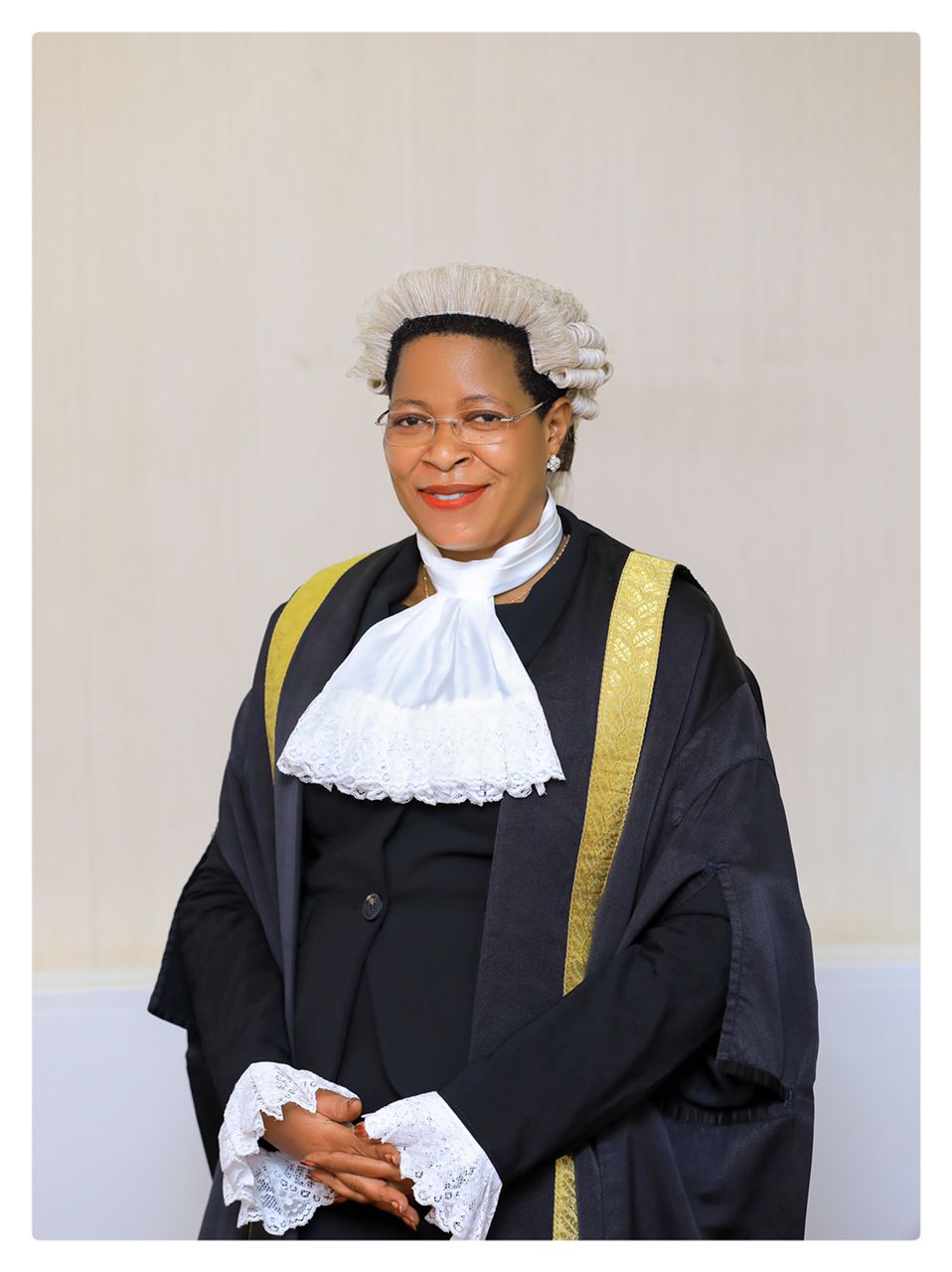 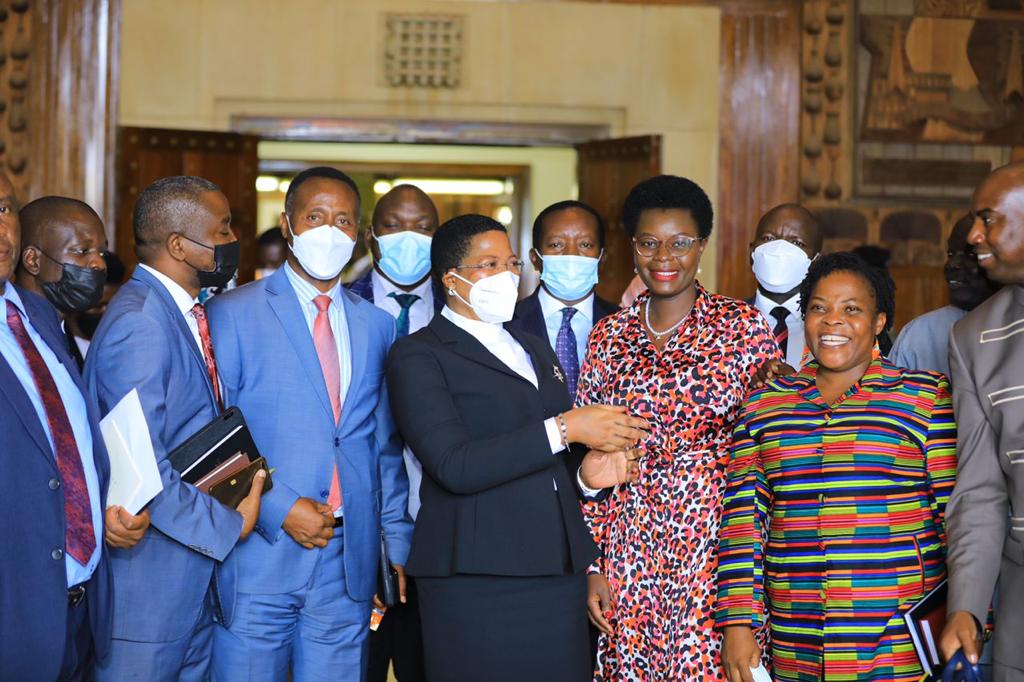 After she ascended to the top seat of Uganda’s lawmaking organ, Speaker of Parliament Right Hon Anita Annet Among has throughout the first session steered all units within the Parliament to deliver on their mandates. 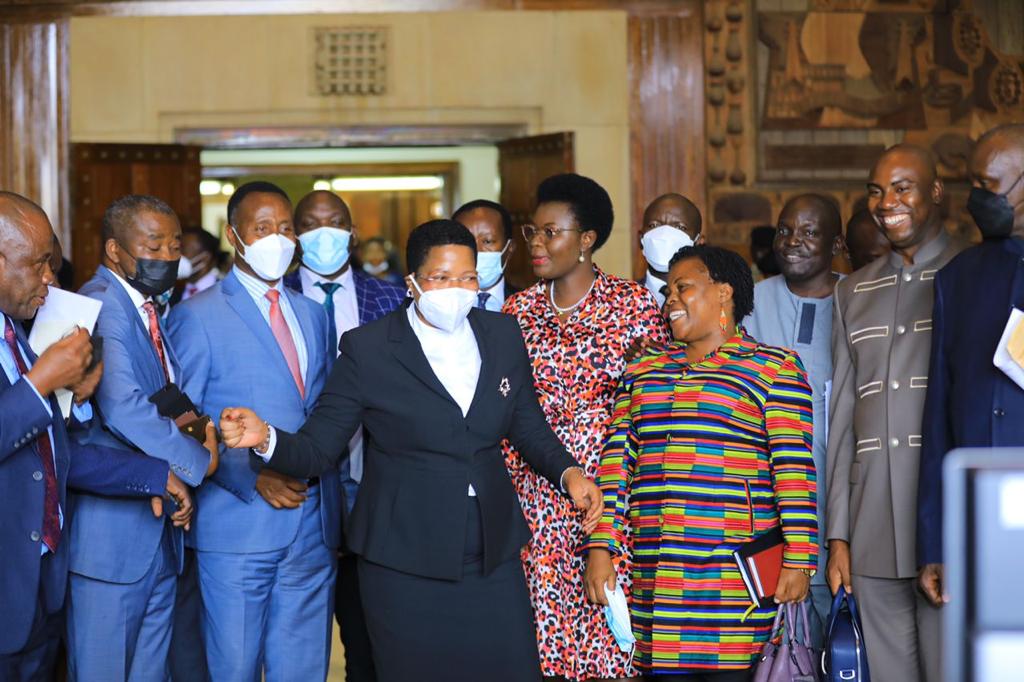 In one of her initial messages delivered to Parliament on June 14 last year, she pledged to majorly work towards gluing all political camps within the August House as a means to ensure that they deliver on a common goal, betterment of the Country putting the interest of the people at the core of business.

“We shall work together for the betterment of this country, without segregation,” Speaker Among pledged on June 14 last year, something she has scored high on.

The result-oriented Speaker, who, many have since labeled workaholic, has also already led a team whose first session has dwarfed the opening sessions of past Parliament’s including the 9th and 10th respectively.

The Speaker’s relentless efforts have witnessed her House pass 23 Bills, out of the 28 that were introduced, only three were still at committee stage by the end of the first session. These were the KCCA Amendment Bill, the Public Health Amendment Bill and the Local content Bill, all of which have been accorded priority consideration once plenary sittings of the second session tip off.

In regard to the oversight mandate, the 11th Parliament utilized all provisions to push accountability and transparency among Executive Members. In this, a whopping 112 questions were pressed on the Prime Minister.

In the second week of June, President Yoweri Museveni assented to eight Bills thus making them law. Of these is the Landlord and Tenant’s Act which mainly aimed at harmonizing the relationship between tenants and landlord plus the Electricity Amendment Act, is meant to, among others, weed out rogue elements in Uganda’s power sector.

Prior to this, President Museveni had also signed the National Social Security Fund (NSSF) Amendment Bill which has since granted 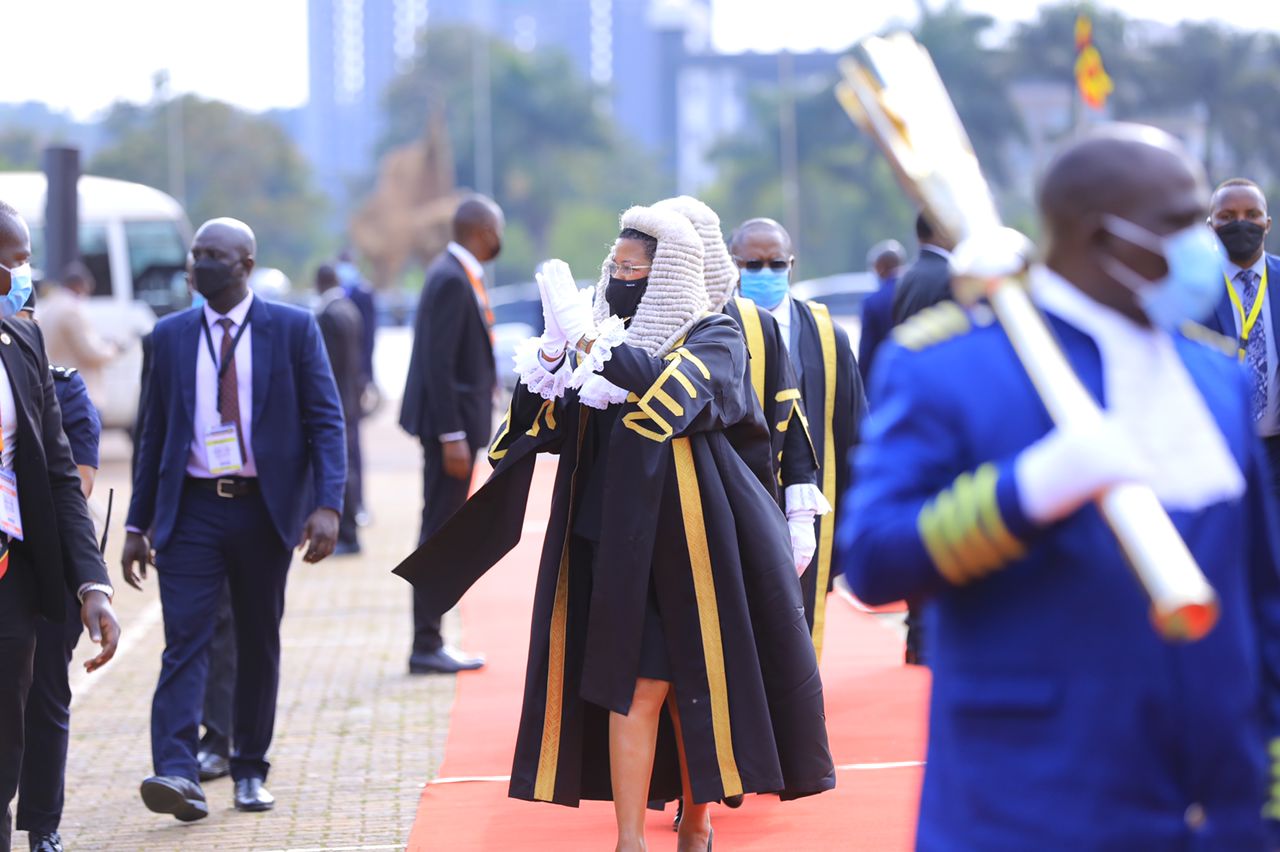 Uganda Speaker of Parliament Right Hon. Anita Annet  arrives for the Budget Presentation recently 14th June,2022. Photo by Eric Dominic Bukenya/Parliament Of Uganda. saving under this arrangement have midterm access to their savings. This had followed her maiden Bill, the Administration of Parliament (Amendment) Bill passed on October 5th last year which was assented to in less than a month’s time right it was passed.

Among’s consistent stewardship has silenced majority of critics that initially cast doubt on her abilities. Many are amazed by her ability to rise and deliver in an office she had not occupied before. 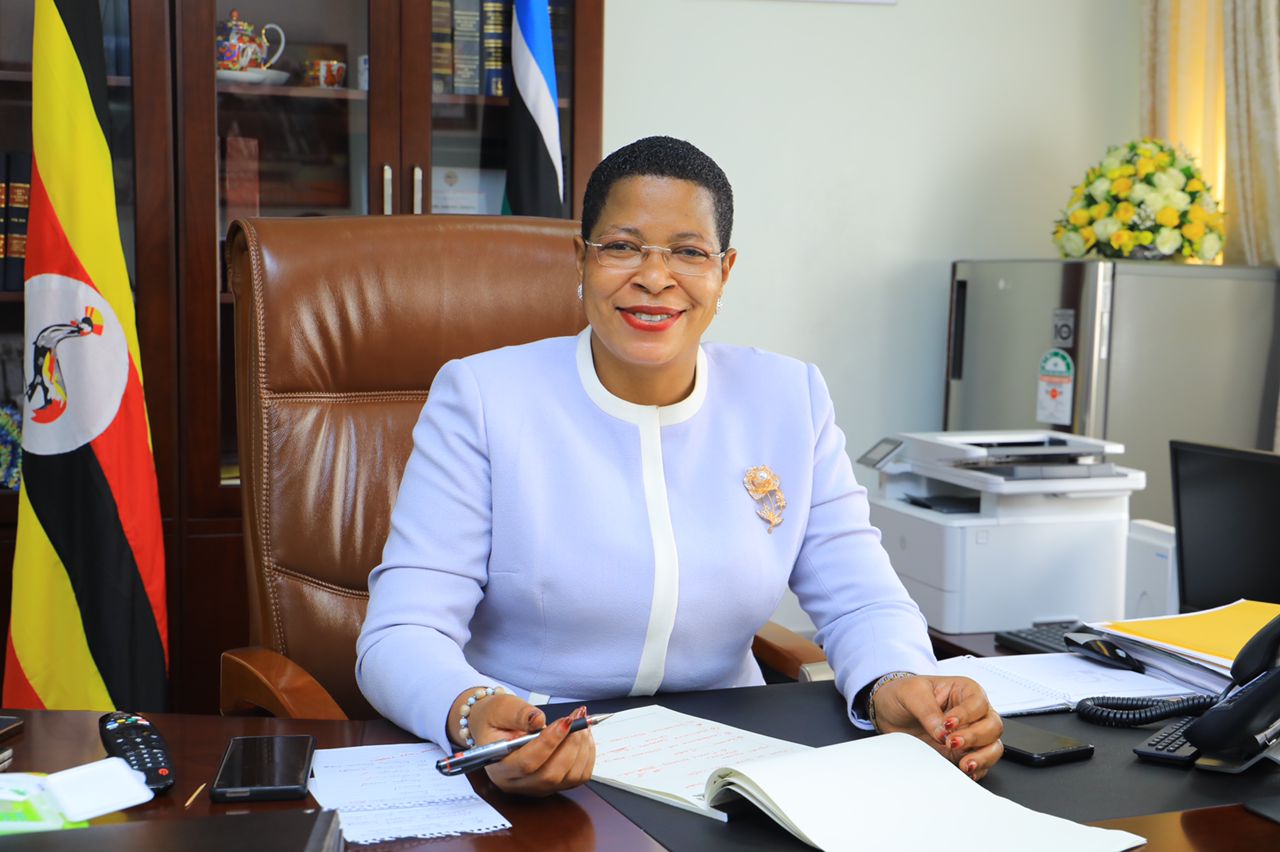 She is therefore credited for having managed to unite a team that not only lost a towering figure whose impeccable knowledge and experience laid ground for not only meaningful debates but also inspired many to become reputable leaders.

At the end of June last year, when several government entities were rumored to be embroiled in issues of corruption and misuse of government funds, Right Hon Among set up the Parliamentary Committee on Covid probe into the allegations of swindling of funds by government officials. 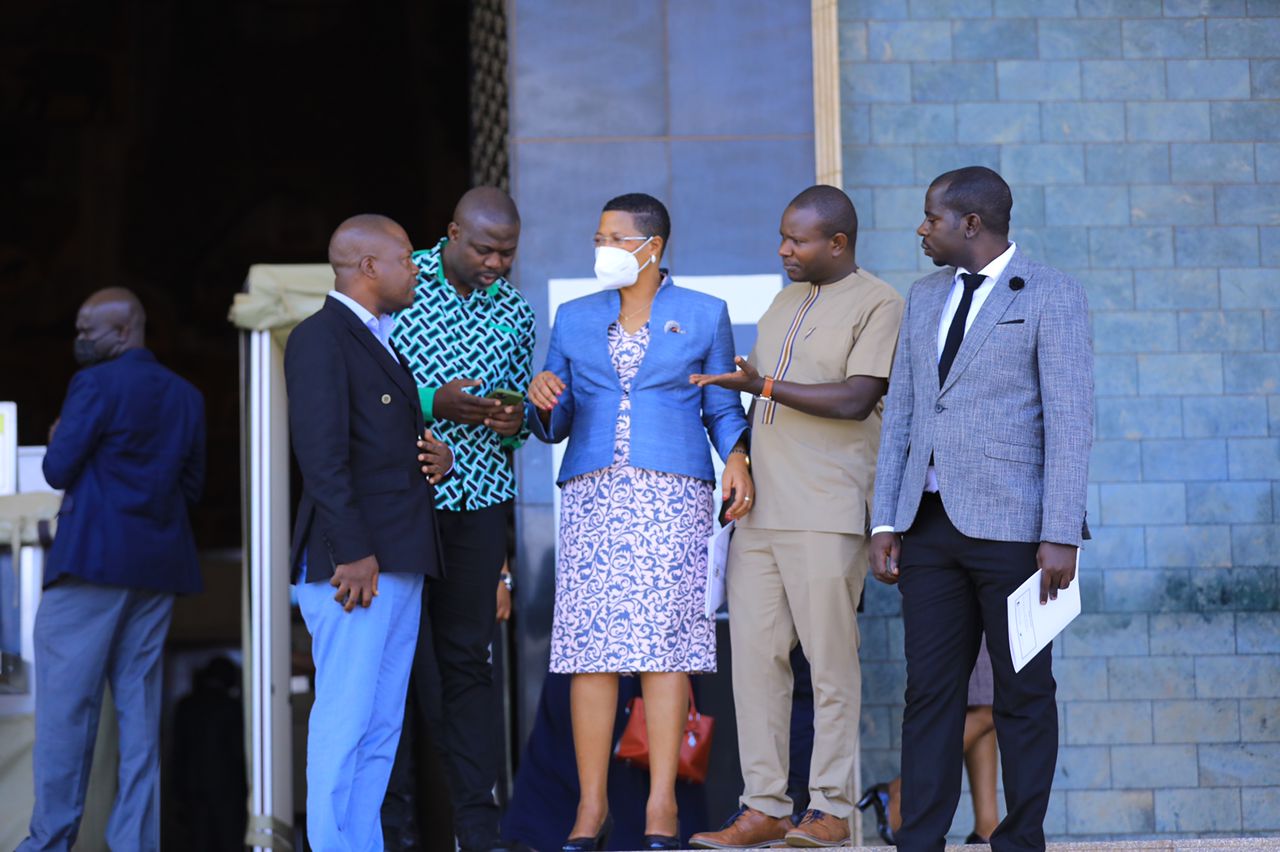 How has she done it?

Even when she operated on a shoe-string budget, her administration managed to register sounding progress on both technical and political sides of Parliament.

Through constant reminders and exemplary leadership, she has guided Parliament through the untold effects of the deadly Covid-19 that heavily obstructed the operations at the August House. Her team braved through untold brutal working conditions that forced demanded administration to operate below normal working capacity and still delivered. 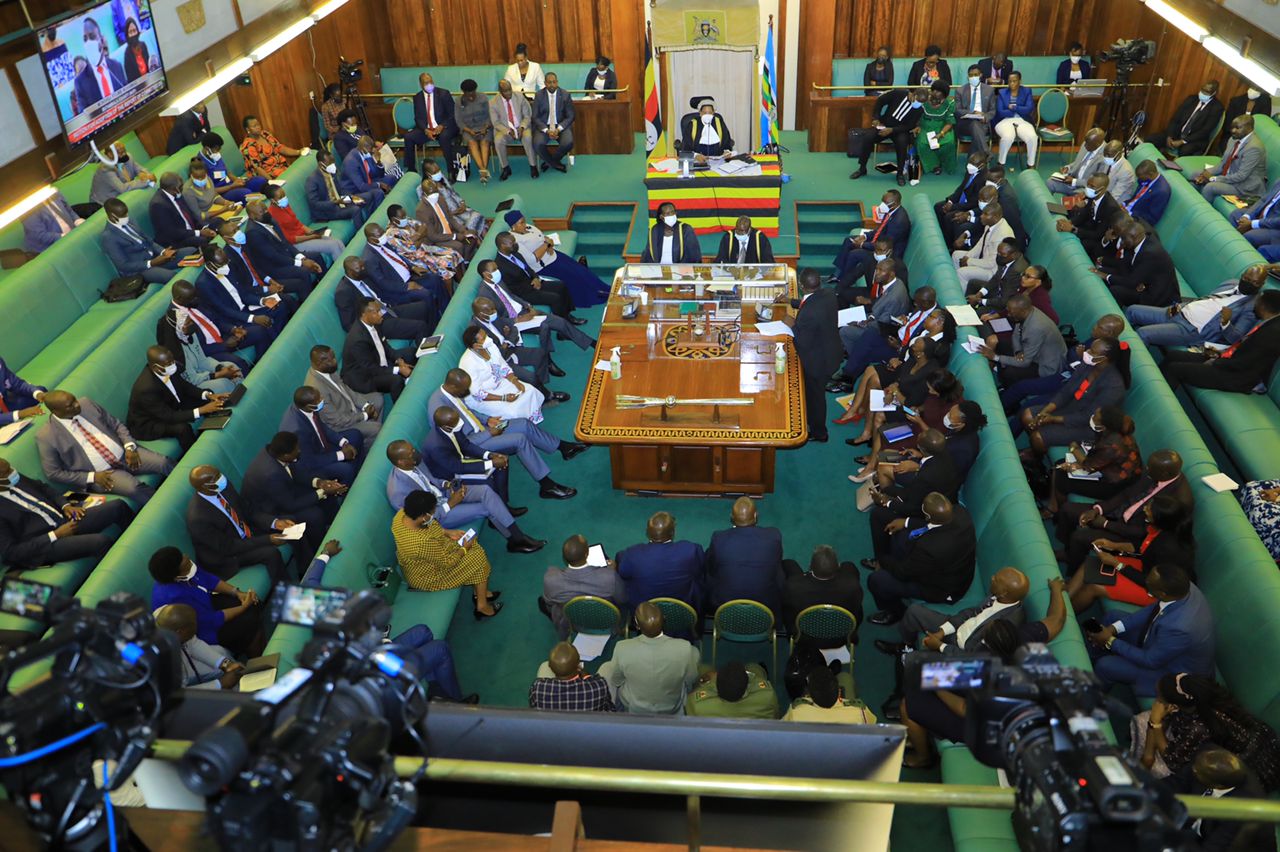 Uganda’s Speaker of Parliament Right Hon. Anita Annet  presiding over a Session in the house. Photo by Eric Dominic Bukenya/Parliament Of Uganda.

The principles of unity, teamwork, constant support and exemplary leadership have been core denominators in every grain of success she registered for the 11th Parliament. She therefore promised to do the same and even better.

Inside her toolkit for second session

As she presided over her first State of the Nation Address (SONA) as Speaker of the 11th Parliament on June 7th held at the Kololo Independence grounds, Speaker Among pledged  to ensure that the legislative arm of government delivers on all its mandates without as charged.

In this, she beckoned the full energy from all units within the law-making body as they embark on a new

“I implore the committees to ensure that at the end of this session whose commencement we mark today will register 100 per cent performance in legislation,” Speaker Among asked of the legislators at the first sitting of the second session.

In so doing, she has asked all Members of Parliament to bury differences in order to exploit the wealth of opportunities nested in unity and teamwork. This is because she trusts that cohesion will be a key tenet as Parliament slides into high gear mode of its second session that tipped off on 7th June.

Considering that processing a minimum of 62 Bills requires focus and a team well versed with details of legislations processes, Speaker Among endorsed a three day-long training in Kampala for all MPs. The training that commenced on 15th and closed on 17th was highly appreciated by- lawmakers.

Facilitators have since grounded MPs on the safe guards to shield them from corruption, intrigue and other elements that may impede smooth work in the course of legislation.

This training, Members of Parliament say, has since provided them with a better grounding in Parliamentary procedures.

“I found this training to be very timely and relevant because it has provided us with deeper appreciation of proceedings both within and outside Parliament,” Godfrey Wakooli, the Butiru county lawmaker said.

He added: “This training has shown how important committees are in the processing of Parliament business. Many times journalists have judged and assessed us based only on the proceedings of the Plenary.”

As a way of pushing for maximum use of their time, all legislators were already allowed a minimum of 14 days to engage the citizenry on Parish Development Model (PDM) and also popularize it so that the model registers the desired targets.

In the same process, MPs are expected to gather views of their constituent members to inform sound and evidence based debates in the August House, something that is expected to bolster operations at Parliament.