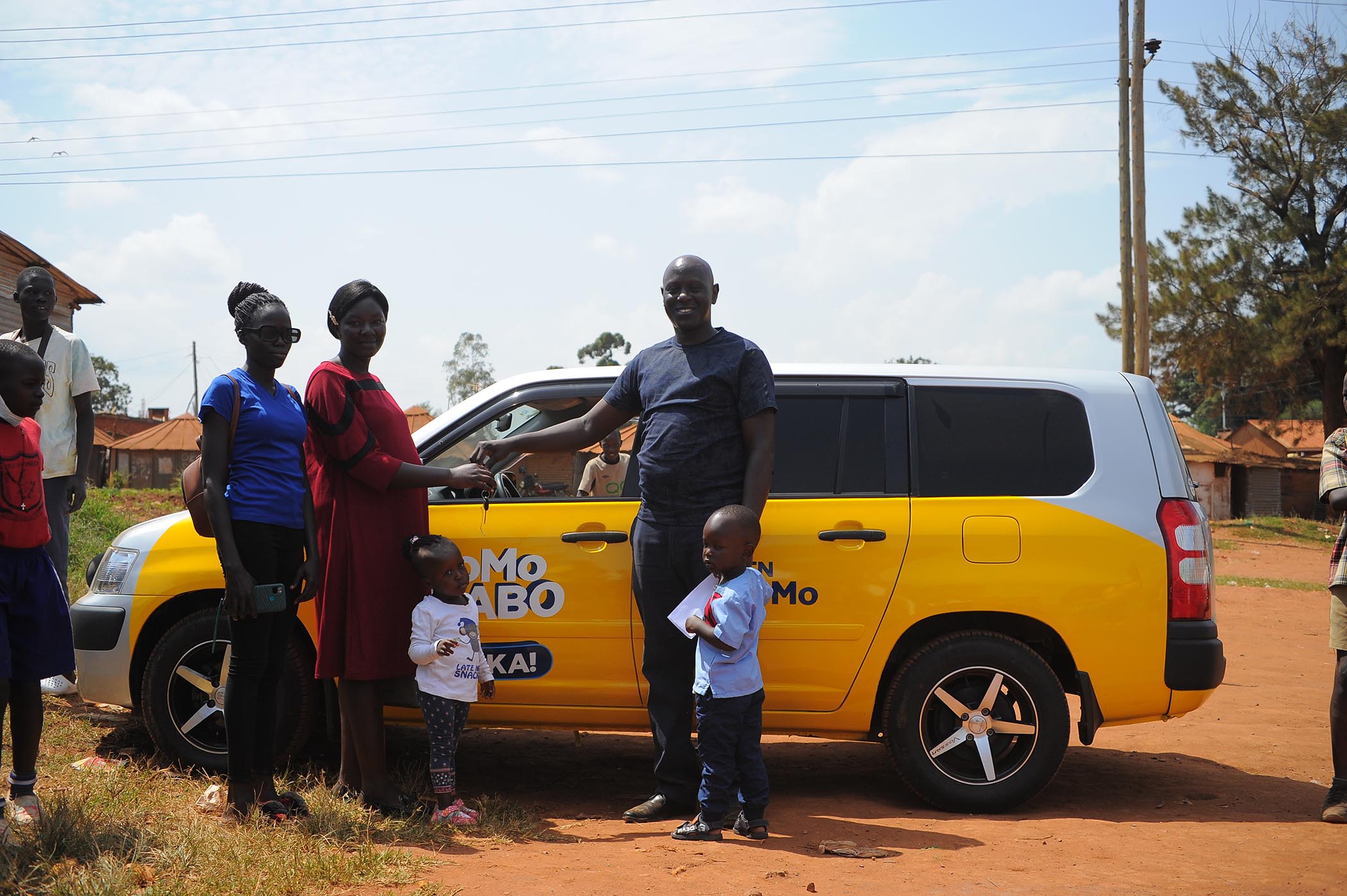 The exciting MTN MoMo Nyabo promotion recently came into its 5th edition with dutiful winners including two police officers and a community-based worker, namely; Joseph Okwonji, Richard Okello and Eloka Enkemenya respectively. The brand-new Toyota succeed cars were delivered to the lucky MoMo Nyabo Waaka promotion winners after a random draw system where each of their MTN mobile numbers were selected. 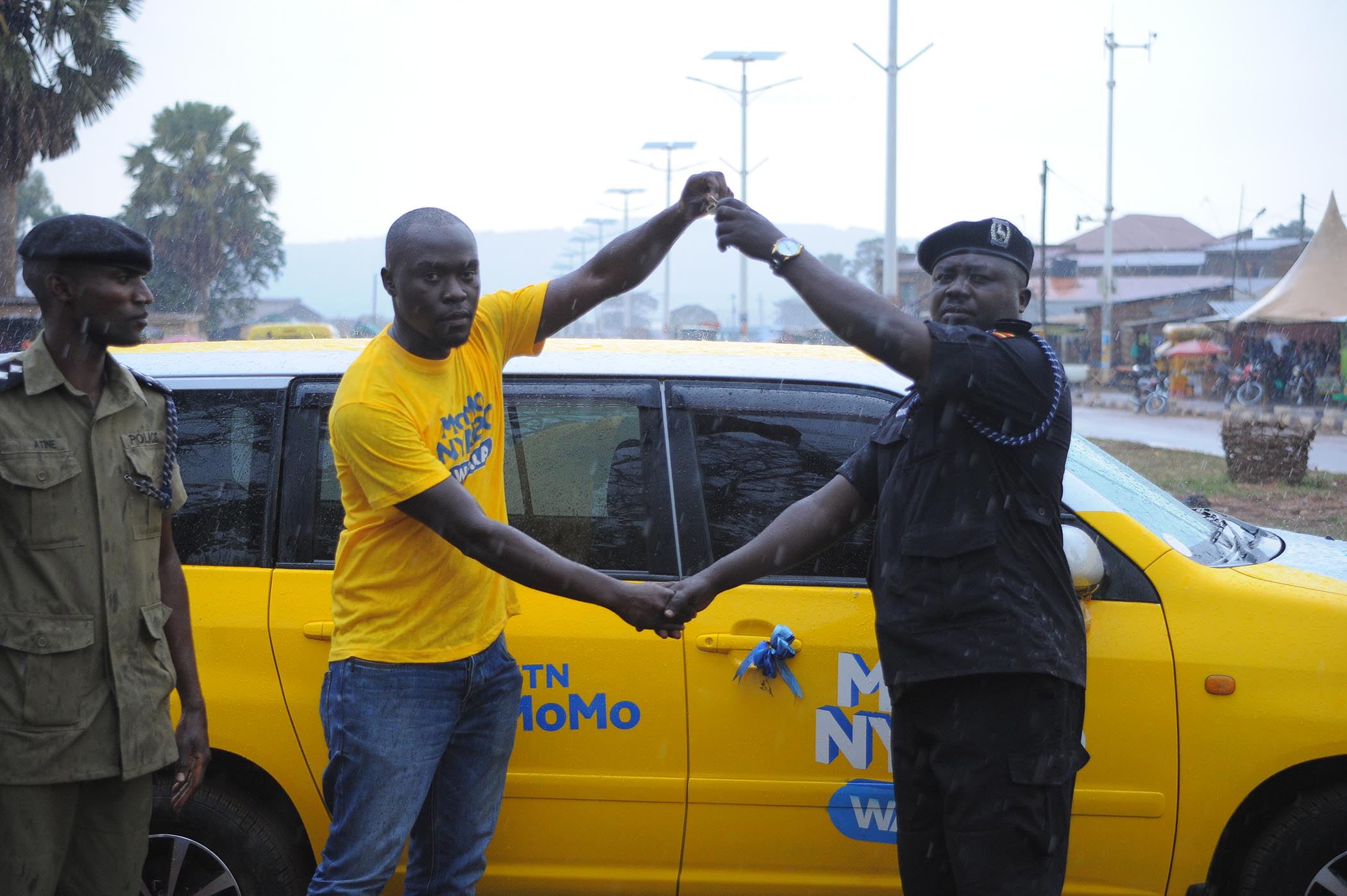 This exciting promotion has been giving away 3 cars a week following a draw that is televised every Thursday at 8pm. A random draw selection style was used to choose from various MoMo pay users and the three gentlemen emerged as the lucky winners who were later announced by Zahara Toto and Richard on NBS TV.

Afande Joseph Okwonji, a police officer was surprisingly shocked when he was called with the news of winning a brand-new car. He expressed doubt at first but was later reaffirmed by the MTN customer service offices in his home town of Jinja telling him that he was indeed the actual winner.

“I have been using MTN network since the 1990’s and over the years it has advanced its technology to not only calling family and friends but I even started using MTN MoMo for paying my solar electricity bills, buying airtime and loading data.” he added.

There were even more strong ululations, cheering and chanting at the Naguru police barracks based in Kampala as Okello Richard was handed keys to his new car as another lucky winner from the MTN MoMo Nyabo promotion. Okello Richard is a police officer who said that winning the car was a great opportunity for him and his family to improve their lives in a great way.

“I am so happy beyond words for this win, I am dancing in my heart because I cannot dance in my police uniform but thank you to MTN and everyone out there should continue using mobile money and MoMo pay because they could be the next lucky winner” said Okello. 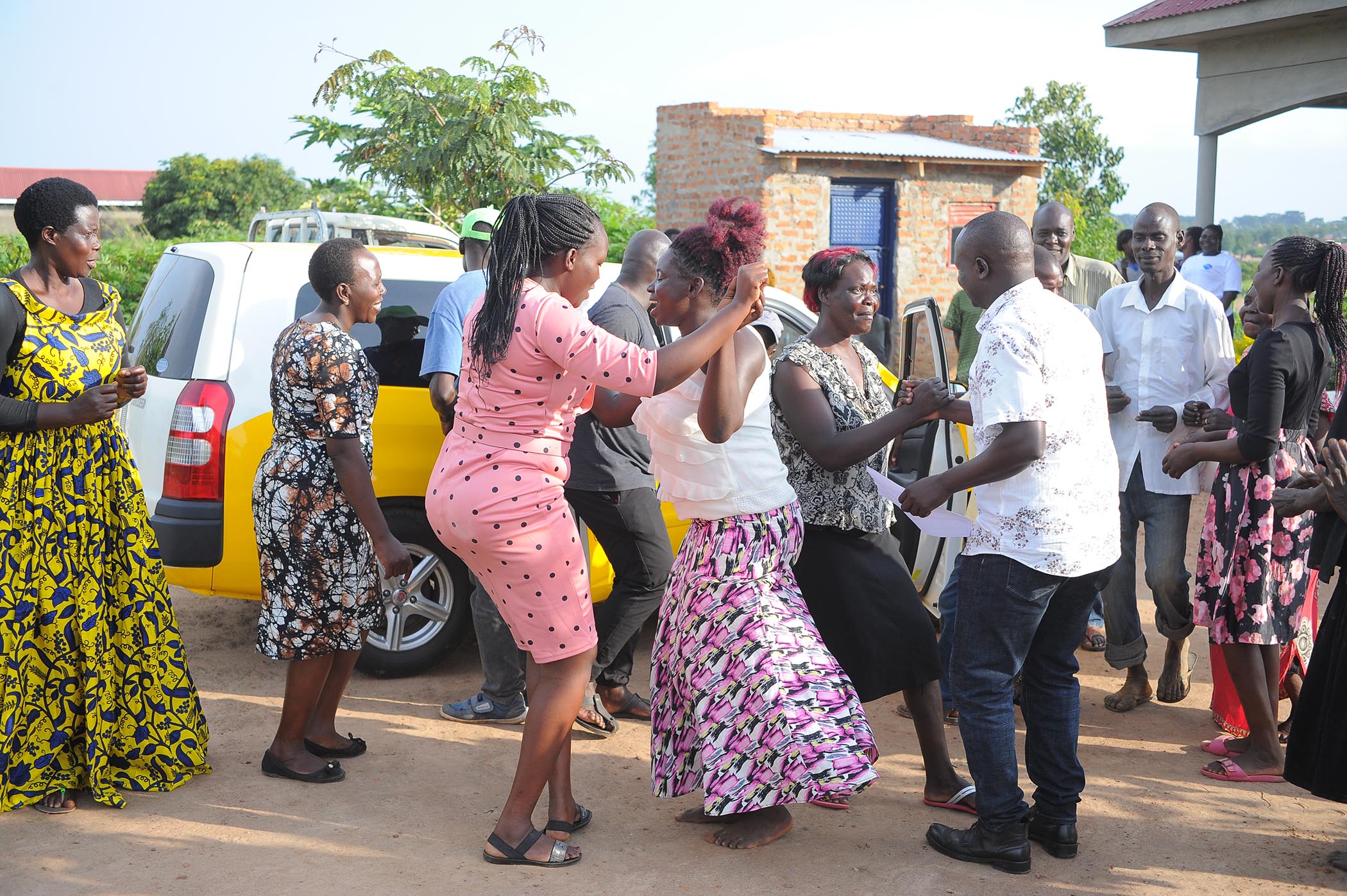 The MoMo Nyabo team further went to Soroti where the last winner of the week was handed his brand-new car. Eloka Enkemeya is a community-based worker who also runs his side hustle of growing maize, beans and rice for sale. “It was something I could never have believed or dreamt of. When I got a call that I had won a car from MTN I thought it was these baferre but I went to the nearest customer service center and they confirmed it, that I had truly won.” Said Eloka

To take part in the promotion, customers have to simply deposit twenty thousand shillings on their MTN MoMo accounts.  Apart from the 24 Toyota Succeed cars that are up for grabs, MTN MoMo is also giving away Ugx.100,000/= to 2,000 winners every week.

In this fourth edition of MTN MoMo Nyabo Waaka promotion, 2.5 billion shillings will be awarded to over 16,000 MTN MoMo customers and agents across the country.

As the MoMo Nyabo promotion continues, Ugandans are cautioned to be aware of conmen, emphasizing that all winners are to be contacted only by 0312120000, which is the official calling number from MTN.

MTN has also urged customers to ensure that their MTN mobile money sim cards are registered fully in the same names reflected on their National Identifications. This can be done at any service center countrywide.

Tonight, another set of three lucky car winners will be announced.