The meeting comes as heavy fighting revives decades-old animosities between Kinshasa and Kigali, with the DRC blaming neighbouring Rwanda for the recent resurgence of the M23 rebel group.

Rwanda has repeatedly denied backing the rebels while both countries have accused each other of carrying out cross-border shelling.

People in the eastern DRC “have long suffered and continue to pay an inordinately heavy price in loss of lives, property and elusive peace,” the Kenyan presidency said in a statement announcing Monday’s meeting in Nairobi.

On Wednesday, Kenyan President Uhuru Kenyatta called for the deployment of a regional EAC force in eastern DRC to restore peace, but Kinshasa said it would not accept Rwanda’s participation in the operation.

DRC President Felix Tshisekedi has accused Rwanda of seeking “to occupy our land, rich in gold, coltan and cobalt, for their own exploitation and profit” and urged the international community to condemn Kigali.

Regional commanders of the EAC were expected to meet on Sunday to finalise preparations for the deployment of the joint force. 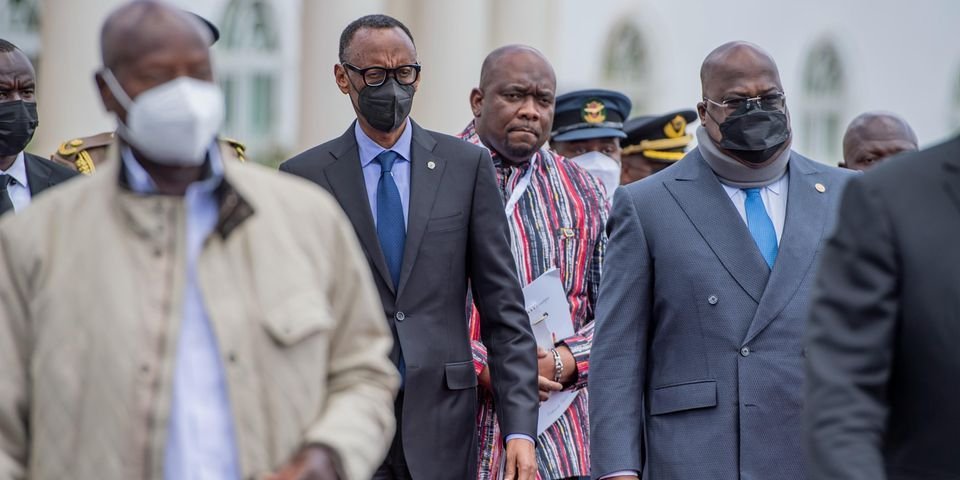 A UN force, known by its French acronym MONUSCO, is already operating in the DRC.

Kenyatta said the regional force will work alongside local provincial authorities and in close coordination with MONUSCO to disarm anyone bearing illegal firearms.

The mineral-rich DRC is struggling to contain dozens of armed groups in the east of the vast nation, many of which are a legacy of two regional wars a quarter of a century ago.

A primarily Congolese Tutsi militia, the M23 or “March 23 Movement” this week claimed control of the key town of Bunagana, forcing thousands to flee their homes.

The militia leapt to global prominence in 2012 when it captured Goma.

It was forced out shortly afterwards in a joint offensive by UN troops and the Congolese army.

The group took up arms again in late November having accused the Kinshasa government of failing to respect a 2009 agreement that involved incorporating its fighters into the army.

Relations between Kinshasa and Kigali have been strained since the mass arrival in the DRC of Rwandan Hutus accused of slaughtering Tutsis during the 1994 Rwanda genocide.