Have you ever needed to be given a second chance?

By Ronald Kabuubi
Sunday, 19 June 2022, 23:45
0
106
Share
Facebook
Twitter
Pinterest
WhatsApp
Telegram
212 Views
St. Francis Chapel Makerere
Sermon Sunday 19th June 2022
By Dorothy Kisaka ED-KCCA
Topic: God of a Second Chance
Jonah 2:1-9
Have you ever needed to be given a second chance?
The greatest second chance givers in the world are parents. They forgive and tell you this is the last time. Then they forget and forgive again and declare it’s the last time. Their hearts are full of love and compassion for their children. 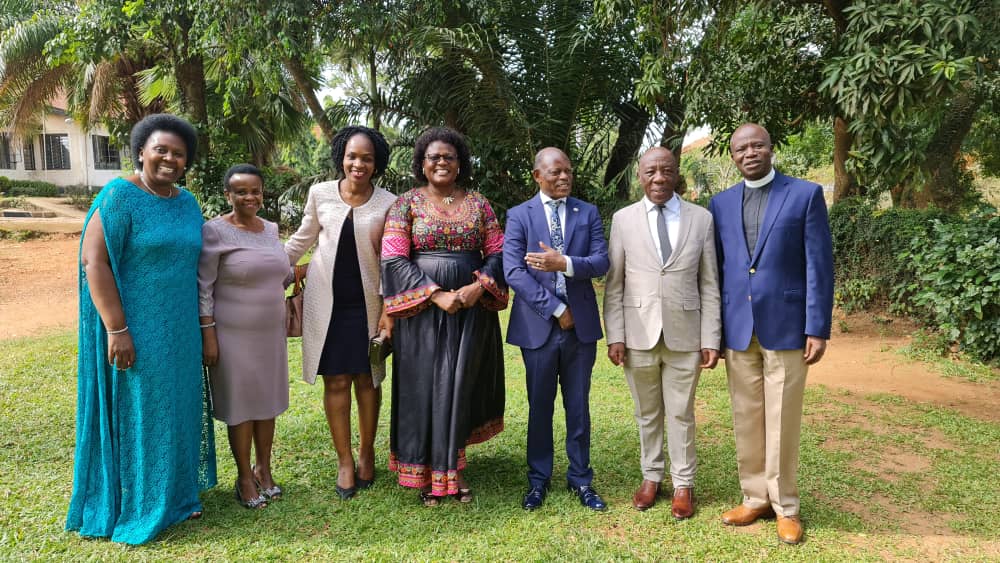 The story of Jonah points to a God of a second chance. It highlights the attributes of God: his mercy, his compassion, his grace, his patience and long suffering nature, his loving kindness towards all he has made, and his forgiveness of sin.
When speaking about Jonah, Jesus said, the story of Jonah is a sign to a wicked adulterous generation. I will say more about that later
These are the highlights of the story of Jonah
1.    God sent Jonah to the great City of Nineveh to preach against it because the stench of its wickedness had come up before the Lord
2.    Jonah run away from the Lord, he boarded a ship and was headed to Tarshish instead of Nineveh
3.    God sent a violent storm and the ship almost capsized.
4.    The sailors decided to throw lots to find out who had offended his God, and the lot fell on Jonah. He confessed that he was a Hebrew who worships the God of heaven who made the sea and the dry land and that he was running away from God’s assignment
5.    The sailors asked him, what should we do with you? He said pick me up and throw me into the sea and the sea will become calm again. And they did, and immediately the storm subsided
6.    God provided a huge fish to swallow Jonah. He was in the belly of the fish for three days and nights
7.    Then Jonah prayed to God and the Lord commanded the fish and it vomited Jonah onto dry land
8.    Then God again told Jonah, arise go to Nineveh that great city and preach unto it as I have told you
9.    This time Jonah obeyed and preached the gospel to Nineveh. Nineveh was a whole days’ journey. You would have to walk through it for a whole day to cover it.
10.                   The people of Nineveh believed God, they proclaimed a fast put on sack cloth and sat in ashes and repented to God
11.                   The king himself proclaimed a day of repentance in the city saying who knows whether God will not turn and repent and turn away from his fierce anger that we perish not
12.                   And God saw their works that they turned from their evil way and God repented of the evil he had purposed against Nineveh
13.                   Then Jonah was angry that God had mercy on Nineveh, saying this is why I fled to Tarshish.
You are a gracious compassionate God, slow to anger and abounding in love a God who relents from sending calamity
14.                   But God said, Nineveh has 120, 000 people who cannot tell their right hand from their left, and also many animals, should I not have concern for the great city of Nineveh?
The mercy and grace of God is manifested in the way he dealt with both Jonah and with the great city of Nineveh.
God relented of his anger towards Jonah and toward the city of Nineveh.
He did not write them off because of their sin, instead he offered them a second chance.
However its important to note that it is when they repented that God relented of his anger. If am to use our simple language, they spoke the two magical words, ‘am sorry’. They are simple but sometimes difficult to utter, especially for the men.
There are two applications in Jonah’s story that we shall consider.
1. Sin has universal impact
2. God forgives man and restore fellowship
Jonah’s story shows us how the disobedience of one man led to a violent storm at sea affecting all those he was with. They all could have died. No man is an island. Our lives are extremely interconnected and intertwined. Others feel the pain endured by one.
The sin of one man impacted a whole community. When Adam sinned in the Garden of Eden, all mankind sinned together with him, because all mankind was in Adam’s loins. Death reigned from the time of Adam even over those who did not sin by breaking a commandment as Adam did. Many died by the trespass of one man. The judgment followed one sin and brought condemnation to all. All mankind was separated from God. God is Holy and cannot coexist with sin.
Sin has universal impact. The wages of sin is death and this is played out over and over in the Old Testament.
2. God forgives man and restores man into fellowship
God forgave Jonah and God forgave the city of Nineveh. It is apparent that in both instances God’s forgiveness is preceded by repentance. The King of Nineveh repented. He summoned the whole city including the beasts, the flocks to repent, to fast and pray and adorn ashes. They repented and God relented.
In the New Testament, God made a way for man to be reconciled to God through Jesus Christ’s death on the cross.
The bridge that connects a sinful man back to a righteous God is to believe in the completed work of the cross. Just as sin entered the world through one man, and death came to all people, so also one righteous act resulted in justification and life for all people. For just as through the disobedience of the one man, many were made sinners so also through the obedience of one man, many are made righteous 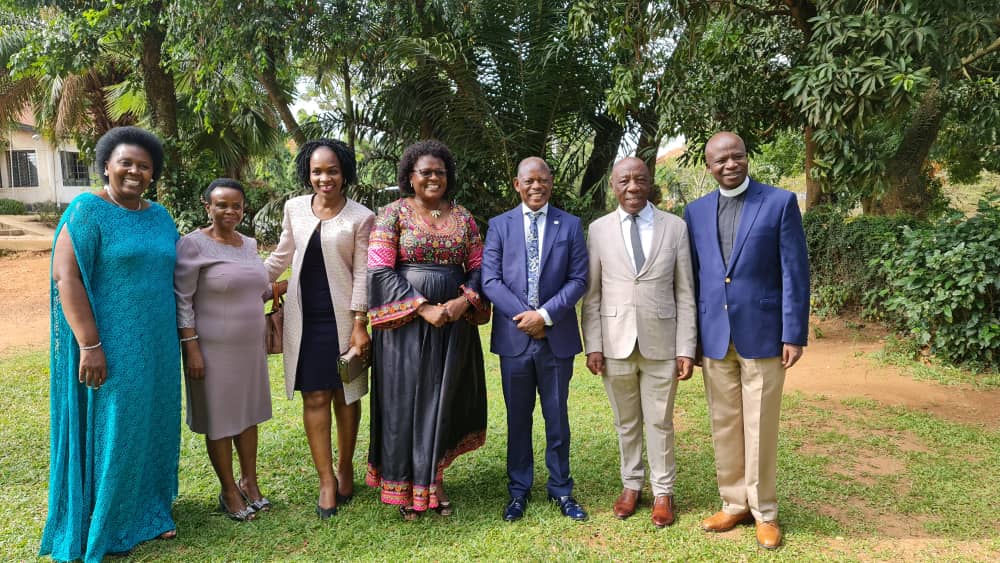 God made Christ who knew no sin to become sin for us so that we can attain the righteousness of God. So God calls all men to believe in him so that you can attain the righteousness of God.
The righteousness of God cannot be earned through any sacrifice. It is not through works of penitence, its completely free, Christ has paid the full price. The disciples asked Jesus; what must we do to do the works of God? Jesus answered, the work of God is this, believe!
What do you believe? You believe that Jesus stood in man’s place at the cross and took the punishment for sin and through his death man has been forgiven and reconciled to God. At the cross, God was in Christ reconciling the world to him not counting men’s sins against them anymore. Forgiveness of sins is the second chance God has given to man. It is a perfect gift and it’s a free gift 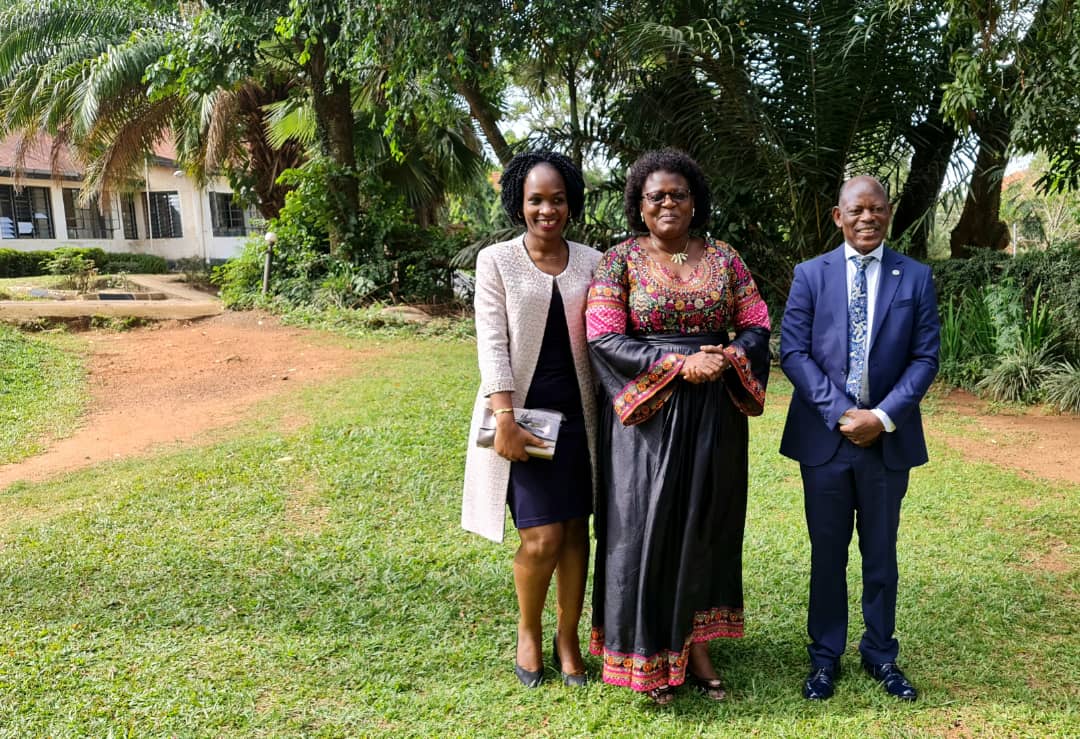 There is a second part to forgiveness.
God has in turn committed to us who are reconciled the message of reconciliation. We are therefore Christ’s ambassadors appealing to all men to be reconciled to God. It is because of the free gift of forgiveness that he says to you and me; forgive ye one another just as God in Christ Jesus has forgiven you
God in Christ Jesus has forgiven mankind and he says to mankind, forgive one another. While we were yet sinners Christ died for us, he did not wait for us to be cleansed, he died for us as we were
Conclusion
1.    If you have not yet believed God’s work of forgiveness, which took place on the cross, I invite you to acknowledge it today and be reconciled to God. His righteousness is given as a gift to those who believe in him. You cannot earn it, you simply receive it as a free gift
2.    Extend the grace of forgiveness to someone today.  God is saying to you, just as you have received forgiveness, extend forgiveness to others. Forgive one another just as God in Christ Jesus has forgiven you.
The first Adam was the first chance. And he disobeyed. The second Adam is Jesus Christ and he gives us the second chance.
You are the vessel through whom the community you live amongst may experience God’s ministry of reconciliation
Share
Facebook
Twitter
Pinterest
WhatsApp
Telegram
RELATED ARTICLES
Africa