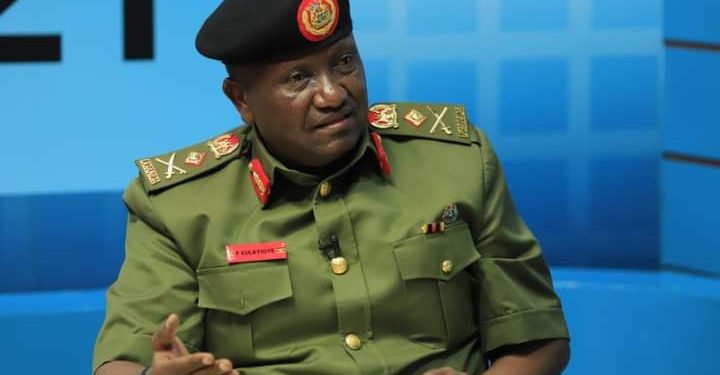 KIKUBAJINJA, Uganda (Reuters) – Uganda’s military said on Thursday it had discovered bomb making material at a training facility for an Islamic State-allied rebel group around 60 kilometres west of the capital Kampala, and that three people had been detained.

Authorities blamed the Allied Democratic Forces (ADF), a militia based in the dense forests in neighbouring Democratic Republic of Congo, for a series of bombings in Kampala and elsewhere late last year which left at least nine people dead.

In one of the worst attacks, a suicide bomber blew himself up at the entrance of a police station in the centre of Kampala. Three minutes later two other suicide bombers detonated along a road that leads to the parliament.

The training facility was found at the home of a local man, army spokesman Felix Kulayigye said during a media tour of the village of Kikubajinja in Luwero district.

A tunnel used for training had been dug in one of the rooms, he said.

Security personnel had become suspicious after reports emerged from neighbours that “nobody was allowed to enter, nobody would be seen getting out,” Kulayigye said.

Authorities recovered bomb making materials including metal, nails and wires as well as bullets and a pistol fitted with a silencer, he said.

In November the Ugandan army began a joint operation with the Congolese army to root out the ADF, which started as an uprising in Uganda but has been based in Congo since the late 1990s and pledged allegiance to the Islamic State in mid-2019.

Kulayigye said the three suspects had already bought a car they planned to use in an attack.

“They were in the process of assembling a bomb which would be taken by that car to explode in a public place,” he said.