CONSTANTA, Romania (Reuters) – President Emmanuel Macron voiced a tougher line on Russia on Wednesday after visiting French and allied troops at a NATO base in Romania, seeking to assuage concerns in Ukraine and among some European allies over his previous stance towards Moscow. 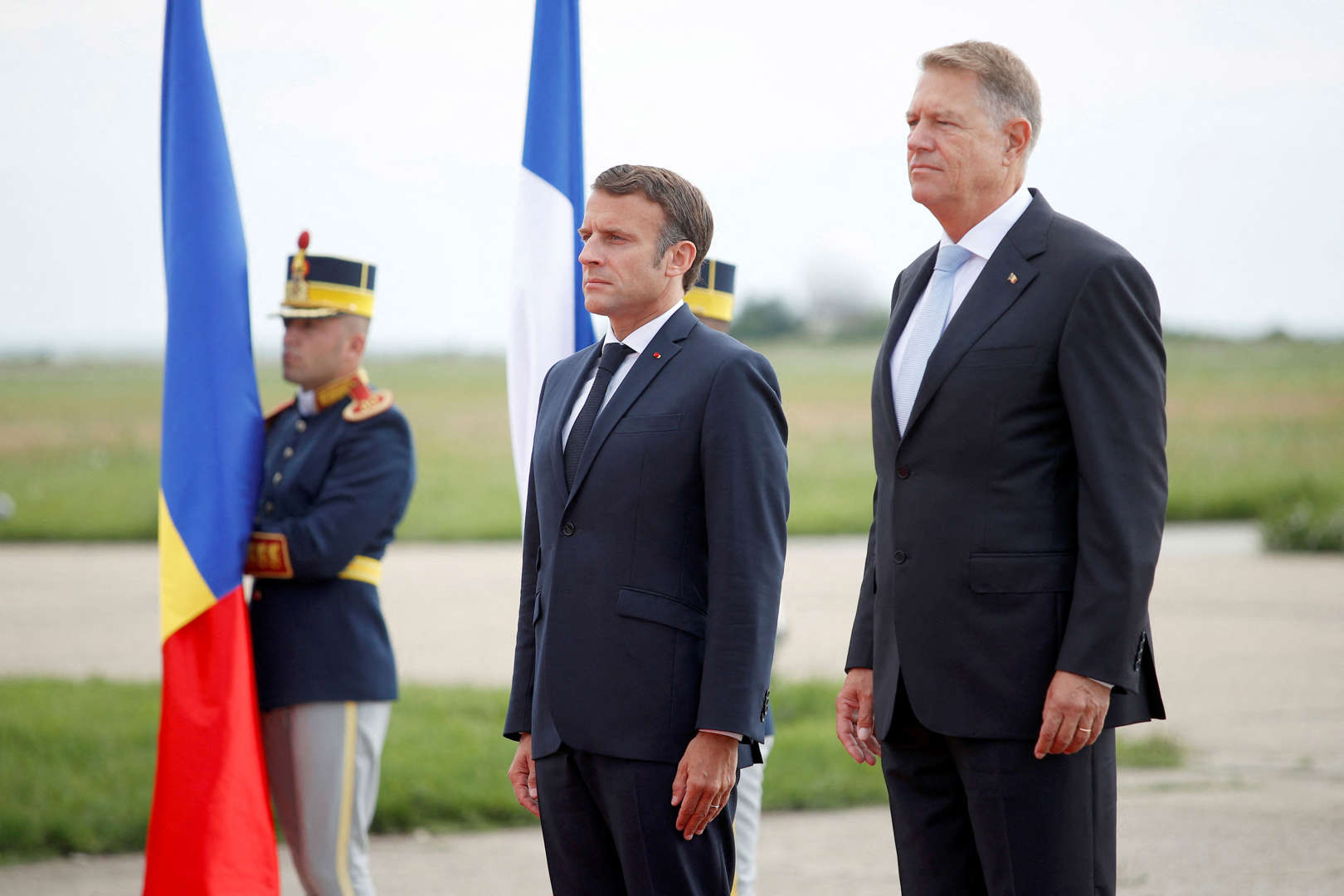 Macron arrived in Romania on Tuesday for a three-day trip to NATO’s southern flank including Moldova before possibly heading to Kyiv on Thursday on a visit with German Chancellor Olaf Scholz and Italian Prime Minister Mario Draghi, two diplomatic sources said.

The French leader has been criticised by Ukraine and eastern European allies for what they perceived as his ambiguous backing for Ukraine in the war against Russia.

French officials have in recent days sought to strengthen the public messaging, while Macron appeared to take a tougher line on Tuesday evening when he was with his troops.

“We will do everything to stop Russia’s war forces, to help the Ukrainians and their army and continue to negotiate,” he told French and NATO troops at a military base in Romania.

“But for the foreseeable future, we will need to protect, dissuade and be present,” he said.

Macron has in recent weeks repeatedly said it was vital not to “humiliate” Russia so a diplomatic solution could be found when fighting ended and he has continued to keep communication channels open with the Kremlin open, riling more hawkish allies.

France leads a NATO battle group in Romania of about 800 troops, including 500 French troops alongside others from the Netherlands and Belgium. Paris has also deployed a surface-to air missile system.

Macron heads to Moldova later on Wednesday to support a country many fear could be drawn into the conflict in neighbouring Ukraine.

The focus may turn to Kyiv on Thursday, with diplomatic sources saying the three European leaders may head to Ukraine’s capital. The French presidency declined to confirm the visit.

The symbolic visit would come a day before the European Commission makes a recommendation on Ukraine’s status as an EU candidate, something the biggest European nations have been lukewarm about.