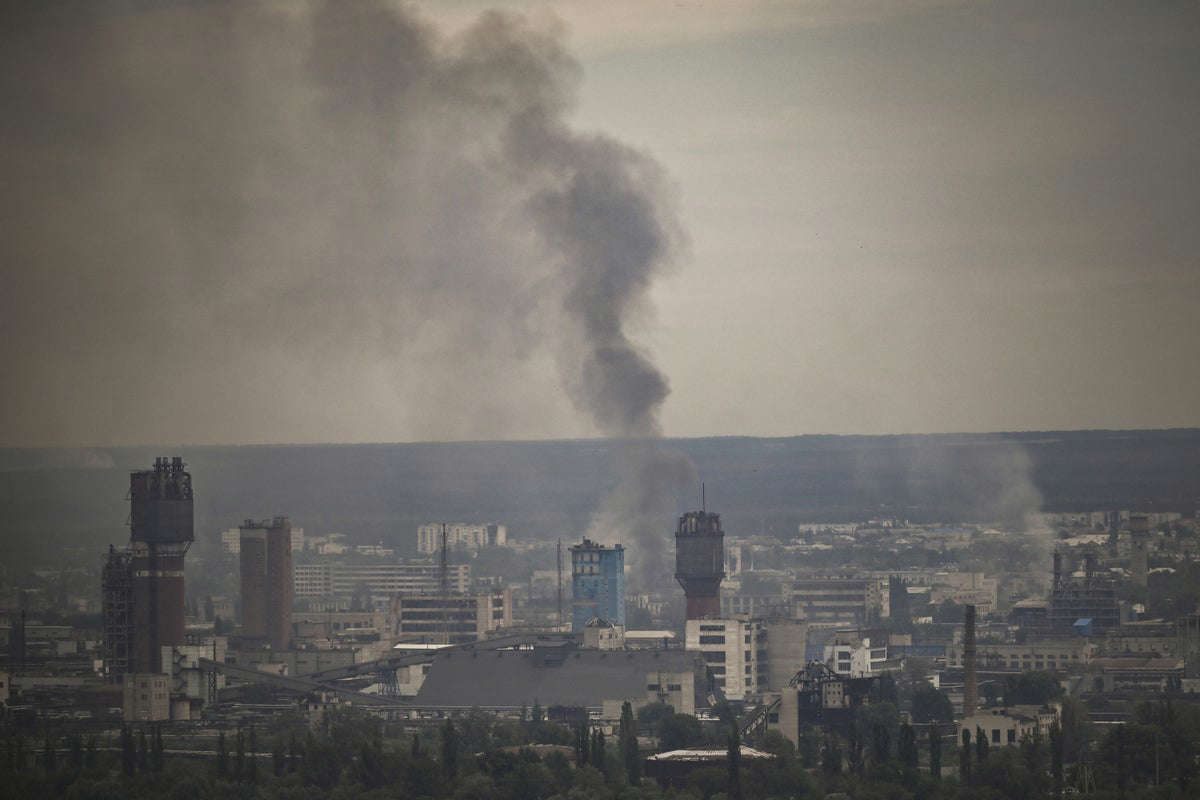 Volodymyr Zelensky has said the battle for Severodonetsk is “terrifying”.

Ukraine’s President said the human cost of the battle was “very high” on Monday evening during his daily address to the Ukrainian people.

He also spoke about the strategic importance of the city, which sits in the Donbas region of eastern Ukraine,

Speaking on Telegram, Mr Zelensky said: “The human cost of this battle is very high for us. It is simply terrifying.”

It comes as Russian forces are close to fully occupying it.

All three bridges to the embattled eastern Donbas city have been destroyed, said regional governor Serhiy Haidai earlier in the day.

The destruction of the bridges to the eastern frontline city means civilians can no longer be evacuated.

But Mr Haidai said there is still some “access” to the city and that Russia had not gained full control of Severodonetsk, with a “part” of it still under Ukraine’s control.

Ukrainian troops remaining in the city must “surrender or die”, a military representative of the self-proclaimed Donetsk People’s Republic has said.

Severodonetsk, a manufacturing centre in the Luhansk region, is key in Russia’s quest to conquer the Donbas and would be one of the final cities in the region to fall to Putin if it were taken.

The city has been under intense bombardment for the past few weeks as the fight for control of the Donbas intensifies.

The main goal of Russia’s military operation in Ukraine is to protect the Donetsk and Luhansk people’s republics, the Kremlin said on Monday.

Denis Pushilin, the leader of the Russian-backed separatist Donetsk region of Ukraine, said there has been increased fighting and shelling in the region.

Kremlin spokesman Dmitry Peskov was quoted by Russia’s RIA state news agency as saying, “In general, the protection of the republics is the main goal of the special military operation.”

Donetsk and Luhansk are two breakaway Russian-backed entities in the Donbas region of eastern Ukraine, which Russia says it is fighting to remove entirely from Kyiv’s control.

Russia recognised the two regions as independent states on the eve of its invasion of Ukraine. Separatists seized control of large swathes of eastern Ukraine in 2014.