RIGA, Latvia — As President Vladimir Putin’s war against Ukraine drags on, Russia’s teachers are being turned into front-line soldiers in an information war designed to mold children into loyal militarized nationalists. The nation’s powerful security chiefs, leading propagandists and parliamentary hard-liners are pushing radical changes to the education system, as the Education Ministry takes a back seat. 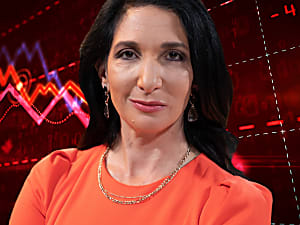 Schools have been ordered to conduct “patriotic” classes parroting the Kremlin line on the war, and teachers who refuse have been fired. Textbooks are being purged of almost all references to Ukraine and its capital, Kyiv.

Russia’s parliament rejected as unsatisfactory the Education Ministry’s plan on how it would review history textbooks, calling this a matter of “national security” and asking the head of Russia’s foreign spy service to take charge.

And the powerful chief of the Russian Security Council, Nikolai Patrushev, a close Putin ally, has demanded sweeping changes to education, as part of a whole-of-government effort to shape loyal citizens from cradle to grave.

Anton Litvin, a Moscow father of two, had a nice home and good job, but when the government began using schools for propaganda in the war against Ukraine, he quit and left the country. He said he was revolted by the thought that his children could be brainwashed by lessons about “patriotism” and Putin’s take on history. The breaking point came when teachers sent home brochures urging him to sign his 8-year-old son up for summer camp with the Young Army, a military youth group launched by the Defense Ministry in 2015.

“I don’t want my kids to join the regime at this young age and to be someone’s soldiers to fight against peaceful people,” said Litvin, who sacrificed his job at a prominent Moscow aeronautics company and is now a stay-at-home dad in the Georgian capital, Tbilisi, looking for a new job.

Since 2013, Putin has driven changes to the teaching of history as part of a campaign to build a national identity based on the Soviet Union’s role in defeating the Nazis in World War II. But after the invasion of Ukraine, the tempo of change in schools was “like a waterfall,” Litvin said.

“Everything is getting worse. It’s like it’s going back to the Soviet Union,” he said. “Children are taught that war is good, actually, from the perspective of our government.” Russia’s efforts to militarize students underscores the Kremlin’s long-term ambitions: not just cementing Russian support for the war but also building a generation of youth loyal to Russia’s increasingly totalitarian regime — unlike many Russian millennials today who oppose the regime and the war.

Putin constantly plays on Russian nostalgia for past Soviet power to justify the war. But his “is not a new Soviet regime,” said Grigory Yudin, a professor of political philosophy at the Moscow School of Social and Economic Sciences. “It is much closer to a fascist regime, and what they’re doing now is a different sort of propaganda,” he said. “They’re trying to actively militarize children to engage them in this war, to engage them in support for this war.”

Patrushev, the Security Council chief, last month demanded a major overhaul of Russia’s education system to develop a new “patriotic” generation. He urged the adoption of a comprehensive system to “implement the state’s program at all stages of a person’s maturation and formation as a citizen.”

A key proponent of the invasion known for his anti-Western rhetoric, Patrushev said teachers are at the forefront of a “hybrid war being waged against Russia.” But many of them, he complained, “manipulated” children and distorted history. He criticized the history curriculum and lamented that textbooks did not cover Soviet heroism in World War II properly. © Anton Vaganov/ReutersA participant of a public event holds a flag displaying the symbol Z in support of Russia’s armed forces involved in a military conflict in Ukraine, in central Saint Petersburg, Russia, on May 27. A sign on a flag reads: “We don’t abandon our people.” (Anton Vaganov/Reuters)

Then, amid complaints that the Education Ministry had fallen short, Russia’s upper house of parliament asked on Thursday that Sergei Naryshkin, head of the Foreign Intelligence Service and chairman of the Russian Historical Society, take charge of reviewing history textbooks, because “the current situation requires a special attitude” to teaching.

“Today, it is one of the components of the country’s national security,” said Ekaterina Altabayeva, deputy chairwoman of the Science, Education and Culture committee.

The main impact of changes to textbooks and curriculum is expected after the summer break.

“There’s a whole revolution going on now in the Russian education system, because it’s been rapidly changing since February,” Yudin said. He added, “They want to get back control over young minds, and they also need these people as cannon fodder.”

While the Education Ministry has ordered teachers to give patriotic lessons that reflect the Kremlin’s line on Ukraine, they have been a hard sell at times.

One history teacher in a Moscow high school, for example, failed to persuade several students in his class, including a 17-year-old named Nikita.

“I don’t trust my history teacher. He is more of an overly patriotic propaganda man,” Nikita said, adding that students paid no attention to the patriotic lessons. The student declined to give his surname to avoid problems at school. “I just stood up and left the classroom. Two others did the same.”

But many students were wary of openly opposing the war, he added. “My friends do not support the war. We try to be careful. For instance, I don’t want my classmates to know what my thoughts are.”

For some, the mandatory sessions on the war are an onerous but unavoidable duty.

“Both teachers and students, I think, understand that it’s not a real lesson. It’s not about learning. It’s something else, an obligatory event,” said a Moscow history teacher, Alexander. He said teachers were given guidelines on teaching history, “but what we say is not officially regulated.”

But officials seem determined to curb teachers’ freedom to decide how they teach history. Just days after the February invasion, Foreign Ministry spokeswoman Maria Zakharova summoned teachers to meetings where they were ordered to toe the government line on the war. Some teachers who refused to teach the patriotic lessons were fired. Patrushev has warned that authorities could target school heads whose students did not have books about World War II or could not name Russian war heroes from past centuries.

“History is a subject that the authorities are always trying to use for propaganda purposes,” said Dmitry, a teacher from provincial Russia, where most people support the war. “History teachers are much more vulnerable than other teachers.”

Textbook publishers, meanwhile, are carrying out a Soviet-style purge of almost all references to Ukraine. After the invasion, management at Russia’s main textbook publisher Prosveshchenie — meaning Enlightenment — ordered editors to slash references to Ukraine and Kyiv, according to a report by the independent Russian media outlet Mediazona in April, based on interviews with three editors.

One editor said that “we have a task to make it look as if Ukraine simply does not exist,” the outlet reported.

Russian textbooks have just a page about the millions of people shot or jailed illegally in Soviet times, according to Marina Agaltsova, a lawyer with Memorial, a renowned nonprofit dedicated to exposing Soviet-era repression that was shut down by authorities last year.

“If you have only one small stain on the big, glorious history of the Soviet Union, of course you would think that the Soviet Union is a great state, and we all have to get back to that state,” she said.

In late 1970s, Petrov, then a chemistry student, got his hands on a smuggled copy of British historian Robert Conquest’s “The Great Terror” about the Stalin-era purges. Smuggled books on Soviet history were like gold to him, he recalled. He decided that becoming a historian was more important than being a chemist.

“In the Soviet Union, history did not exist as a science. Facts were hidden and not revealed. And people did not know historical facts. They knew only what they were told,” he said.