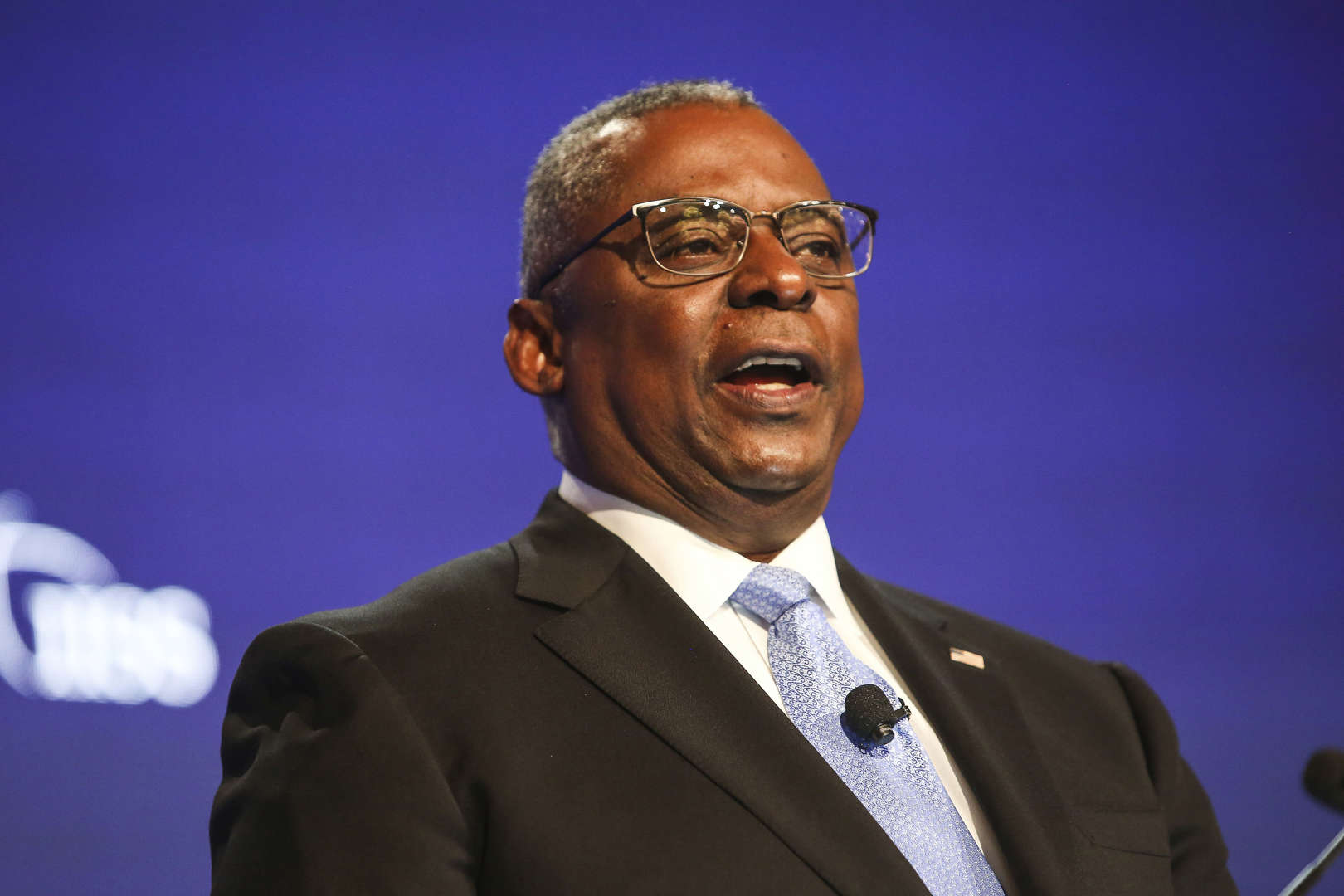 © ASSOCIATED PRESS
(Bloomberg) — US Secretary of Defense Lloyd Austin vowed to help Asian nations push back against what he said was Chinese “bullying,” describing the efforts as necessary to prevent a repeat of the Ukraine crisis in the Pacific.

Austin used a speech to Asia’s biggest security conference Saturday in attempt to reassure the region it was at the “heart of American grand strategy,” despite the European conflict consuming US attention and resources. In his first address to the IISS Shangri-La Dialogue in Singapore, he repeatedly drew comparisons between Russian actions and China’s “more coercive and aggressive approach” to its own territorial claims.

“Russia’s invasion of Ukraine is what happens when oppressors trample the rules that protect us all,” Austin told a ballroom filled with defense and security officials from around the globe. “It’s what happens when big powers decide that their imperial appetites matter more than the rights of their peaceful neighbors. And it’s a preview of a possible world of chaos and turmoil that none of us would want to live in.”

US President Joe Biden is facing continued skepticism about the US’s commitment to Asia, despite renewed openness to Washington’s rhetoric about defending sovereignty of smaller nations. Most Asian nations remain focused on balancing ties with China, the region’s dominant economy, despite concerns about Beijing’s growing military power.

American officials believe Chinese President Xi Jinping is gauging the US response to Ukraine to determine how it would deal with more aggressive action toward the democratically run island of Taiwan. Still, they’ve determined that Xi’s support for Vladimir Putin’s security grievances since a landmark joint statement in the run-up to the Ukraine war has created a strategic opening for US policy in the region.

“We feel the headwinds — from threats and intimidation — and the obsolete belief in a world carved up into spheres of influence,” Austin said.

In his own address to the same security gathering Friday, Japanese Prime Minister Fumio Kishida laid out plans for a greater regional security role for the constitutionally pacifist nation. “I myself have a strong sense of urgency that Ukraine today may be East Asia tomorrow,” the key US ally said.

A senior Chinese military official rejected what he called “unfounded accusations” in Austin’s speech, telling reporters that the American strategy would deepen divisions and the risk of a regional confrontation.

“Having created chaos in the Mideast and brought instability to Europe, is the US now trying to destabilize the Asia-Pacific?” said Lieutenant General Zhang Zhenzhong, deputy chief of the Chinese Central Military Commission’s Joint Staff Department. “We will never allow this to happen.”

Austin’s speech included a rebuttal to the Chinese argument, saying the US didn’t want “a new Cold War, an Asian NATO or a region split into hostile blocs.” He said the US would “defend our interests without punching.”

The decades-old dispute over Taiwan, which relies on US military support to deter Beijing’s efforts to assert control over the island, consumed much of Austin’s first in-person meeting with Chinese Defense Minister Wei Fenghe on Friday. The pair nonetheless agreed to meet further at an unspecified date, with the Chinese side saying they hoped the meeting was the start to more normal military communication.

Austin stressed that America’s policy toward Taiwan hasn’t changed, after Biden’s promise to defend the island during a visit to Tokyo last month appeared to undercut a longstanding commitment to strategic ambiguity. “Our policy hasn’t changed,” Austin said, adding that the US doesn’t support Taiwan’s independence.

He cited strengthened cooperation with regional players, including through the Quad and Aukus, as evidence of US advances in regional coalition-building. Austin said the US would work to ensure that its partners have the “right capabilities to defend their interests” through training and joint exercises.

“No region will do more to set the trajectory of the 21st century than this one,” Austin said.