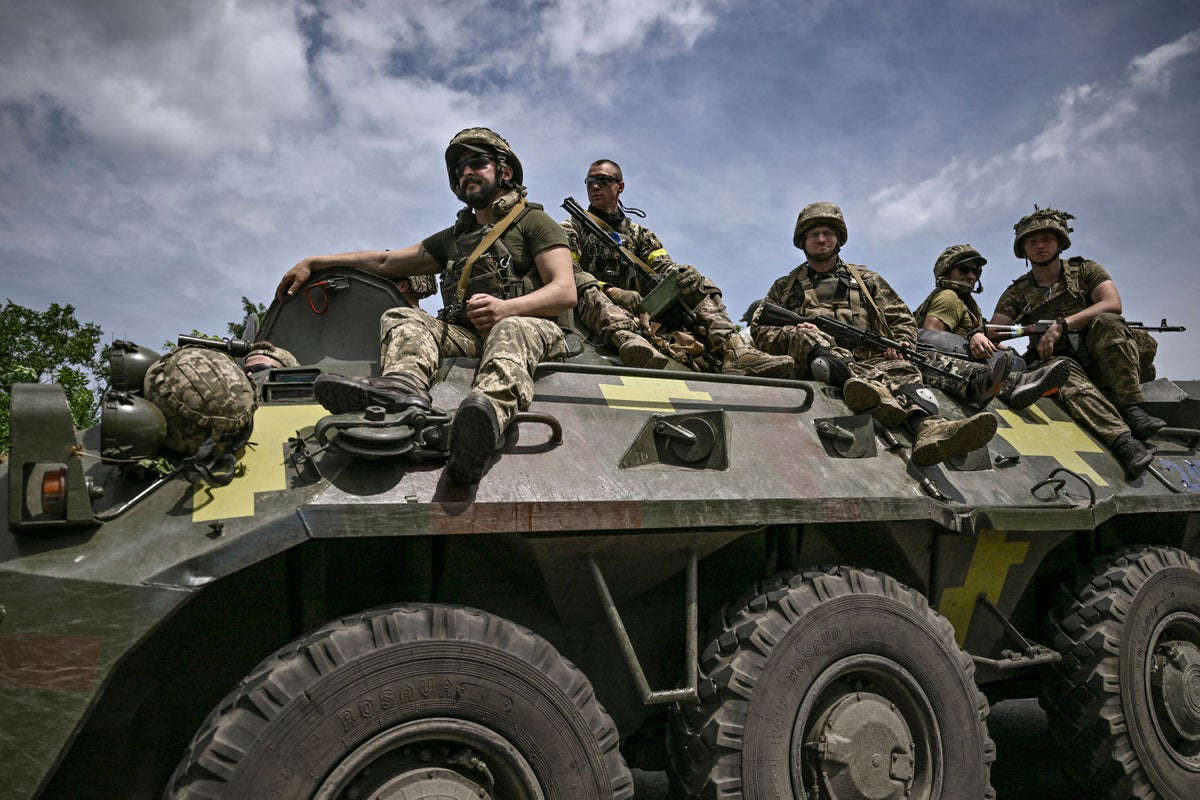 Vladimir Putin’s military is escalating its psychological warfare against Ukrainian troops by sending them messages on Whatsapp and other media platforms threatening to harm their families, defence experts said on Thursday.

The Institute for The Study of War stressed that the Kremlin was seeking to undermine the morale of Ukrainian soldiers which so far has been far stronger than in many Russian military units.

In its latest update on the conflict, the ISW said: “Russian forces are escalating the use of psychological and information operations to damage the morale of Ukrainian soldiers. The Ukrainian Main Intelligence Directorate (GUR) reported on June 8 that Russian forces are sending threatening messages to the personal devices of Ukrainian servicemen calling on them to betray their service oaths, lay down their arms, surrender, or defect to Russia.

“The GUR reported that Russian forces are sending messages on a variety of platforms including SMS, Telegram, Viber, Signal, and WhatsApp and that the messages use location information to threaten to harm Ukrainian soldiers or their family members.”

Ukrainian military expert Dmytro Snegirov has also highlighted that Russian propagandists are conducting informational and psychological campaigns to undermine the morale of Ukrainian troops by disseminating information that the battle for Severodonetsk in the Luhansk province will become the “next Mariupol,” the ISW added.

It stressed: “These information and psychological attacks likely seek to lower the morale of Ukrainian servicemen as operations on multiple axes of advance continue to generate high causalities on both the Ukrainian and Russian sides.”

Russia is engaged in an information war with Ukraine and its allies including Britain and America over how the conflict is unfolding.

Mr Putin’s army has been dogged by low morale in some units, partly as some soldiers were told they were going on a military exercise rather than a planned lightning invasion, which started on February 24, but failed spectacularly, forcing the Russian president to withdraw troops from around Kyiv and swathes of northern Ukraine to refocus his campaign on the eastern Donbas region.