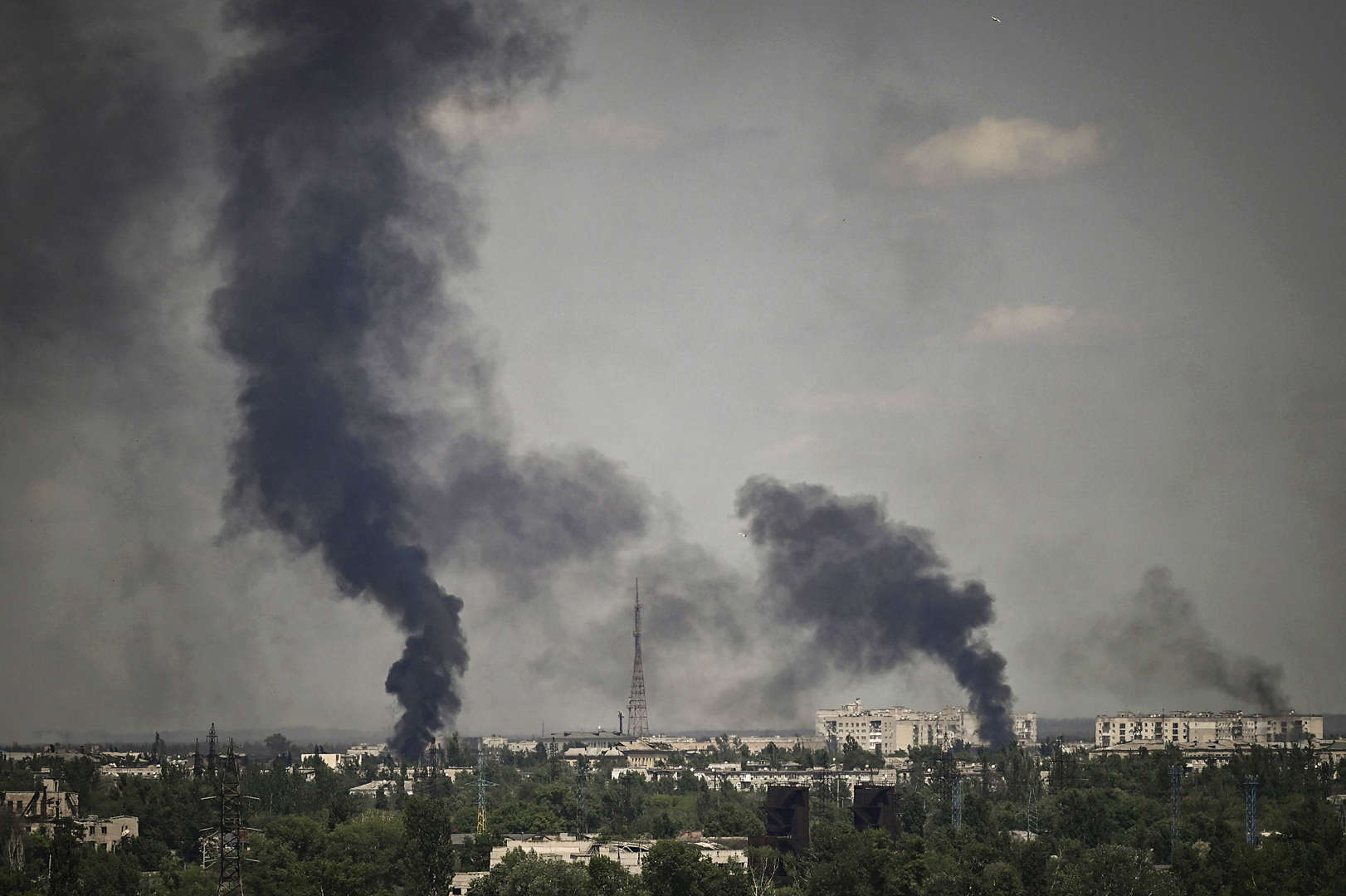 Russia escalated its assault against Ukraine on the battlefield Monday, pummeling a city that has emerged as a key battleground in the east as Moscow expanded sanctions against those who have condemned its actions during the war.

The fight for Severodonetsk has “worsened for us,” Serhiy Haidai, governor of the Luhansk region, said in a televised interview. Russian forces have been shelling and expanding their footprint in the city, though Ukrainian troops remain in control of its industrial zone.

The creeping losses come as the West scrambles to send Ukraine more firepower as fighting in the country’s eastern Donbas region intensifies. On Monday, Britain said it would send rocket launch systems that can be used to strike targets up to 50 miles away despite threats from the Kremlin that it would retaliate. The announcement follows a pledge by the United States to send Ukraine similar weapons.

It will take at least a few weeks for Ukrainian forces to be trained in how to use the longer-range weapons, U.S. officials have said, and it remains unclear whether the West’s combined efforts to arm Ukraine with more powerful systems will be enough to beat back Russia’s recent advances.

Ukrainian leaders have sought to buoy troops’ morale. Speaking to reporters Monday, President Volodymyr Zelensky — who a day prior visited units in Lysychansk, a town neighboring Severodonetsk — said Ukraine had “every chance” to claw back the city. Kyrylo Budanov, the country’s chief of military intelligence, signaled “the occupiers” were being pushed out of Severodonetsk gradually.

The killing of Russian Maj. Gen. Roman Kutuzov, confirmed by Russian state media, appeared to bolster those claims. Kutuzov was the fourth general whose death in Ukraine was confirmed by Russian officials or pro-Kremlin media. Ukraine claims to have killed 12 generals, apart from Kutuzov.

Yet on Monday, Zelensky acknowledged the Ukrainian forces “holding out” in Severodonetsk and Lysychansk were outnumbered by “stronger” Russian troops. He also referred to both places as “dead cities.” © Jeremias Gonzalez/APGen. Mark A. Milley, chairman of the Joint Chiefs of Staff, speaks at a D-Day commemoration at the American Cemetery of Colleville-sur-Mer, overlooking Omaha Beach, on June 6.

Speaking at the annual D-Day commemoration in France on Monday, Chairman of the Joint Chiefs Gen. Mark A. Milley compared the suffering of Ukrainians to the “horrors” experienced “at the hands of the Nazi invaders” during World War II. Milley and his counterparts from other countries supporting Ukraine are meeting this week in the Normandy countryside to discuss how else they might assist the government in Kyiv.

“The world has come together in support of the defense of Ukraine against a determined invader,” Milley said, adding the fight now is about preserving the principle that “strong countries cannot just invade small countries.”

“That aggression,” he said, “cannot be left to stand.”

At the United Nations in New York, Ukrainian officials testified about worsening sexual violence in Ukraine. Natalia Kabrowska, of the Ukrainian Women’s Fund, told a session of the U.N. Security Council about how Russian troops use rape “as terror to control civilians in temporarily occupied territories.” The United Nations has received 124 reports of sexually based violence during the war, which is the “tip of the iceberg,” said Pramila Patten, the U.N. special representative on sexual violence in conflict.

The head of the International Atomic Energy Agency also reported “extremely stressful and challenging working conditions” at a nuclear power plant in Zaporizhzhia, which is under Russian control, and regulators have yet to be able to visit.

Meanwhile, the British Defense Ministry reported Monday that Russia is likely have installed new air defense systems in the Black Sea, south of Odessa on Snake Island. The antiaircraft missile units believed to be stationed there would provide cover for its ships operating in the area, which have been vulnerable to attack by Ukrainian forces. In April, Russia’s Black Sea ship the Moskva sank after Ukraine said it hit the vessel with two anti-ship missiles; in February, Ukrainian fighters on Snake Island were captured and held as prisoners after defying a demand from the Moskva to surrender.

Russia has begun to turn over to Ukraine the bodies of Ukrainian fighters killed during the siege of the Azovstal steel plant in Mariupol, the Associated Press reported Monday. The remains are undergoing DNA testing to verify identities.

Abramovich, who until recently owned the British Chelsea F.C. soccer team and has served as go-between Putin and Zelensky since hostilities began, is accused of violating federal law by re-exporting his planes, which were made in the United States and worth more than $400 million.

Ukraine’s position has ‘worsened’ in fight for Severodonetsk (msn.com)