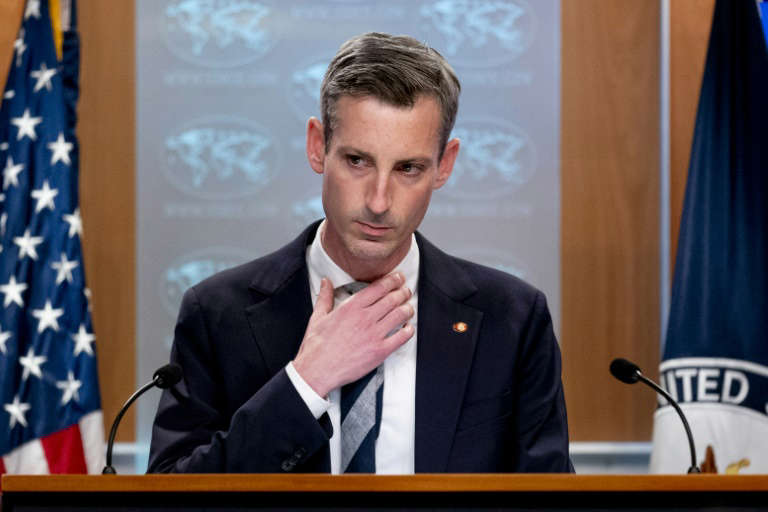 The United States on Monday accused Russia of trying to “intimidate” American correspondents in Moscow, who were summoned by the Russian foreign ministry and threatened with reprisals because of US sanctions.

“The Russian Ministry of Foreign affairs summoned your colleagues to quote ‘explain to them the consequences of their government’s hostile line in the media sphere,'” State Department spokesman Ned Price told reporters in Washington.

“Let’s be clear, the Kremlin is engaged in a full assault on media freedom, access to information and the truth,” he added, slamming what he called a “a clear and apparent effort to intimidate independent journalists.”

Russian foreign ministry spokeswoman Maria Zakharova threatened at the end of May to expel Western media if YouTube continued to block the department’s weekly briefings.

On Friday, she again accused Washington of “targeting for repression Russian media” inside the United States.

Related video: Radio Svoboda reacts to the destruction in Ukraine and the Kremlin’s threat against journalists (FOX News)

“They are doing everything to make it impossible for Russia media to work,” she said, adding that “if they don’t normalize the work of Russian media on US territory, there will be forceful measures as a consequence.”

She said the US media representatives were “invited” to the Russian foreign ministry on Monday.

Price said Moscow was reacting to the blacklisting a month ago of three Russian television channels — Pervy Kanal, Rossiia-1, and NTV — as part of international sanctions in response to Moscow’s invasion of Ukraine.

He accused Moscow of “false equivalence” in comparing independent US journalists to the sanctioned Russian media, whom he described as “propaganda arms of the Russian government.”

Washington accuses Moscow of trying to ‘intimidate’ US media in Russia (msn.com)