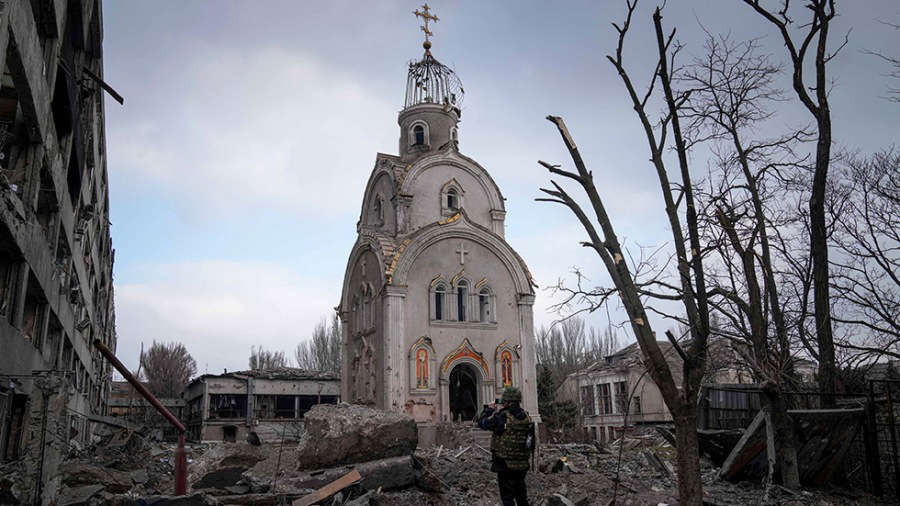 © Provided by The Hill

Ukrainian President Volodymyr Zelensky said Saturday that 113 churches in Ukraine have been hit by Russian shelling since the beginning of the invasion.

The Skete of All Saints monastery in Lavra, located in the Donetsk region of Ukraine, has burned down, becoming the latest religious structure desecrated by the Russian army, Zelensky said in an address. Three monks were killed by shelling in Lavra on Wednesday.

“During the full-scale war, 113 churches have already been destroyed or damaged by Russian shelling. Among them are the ancient ones – those that withstood World War II, but did not withstand the Russian occupation,” said Zelensky.

“There are also those that were built after 1991,” he added, specifically addressing the incident in Lavra: “Reconstruction of the Skete of All Saints of the Svyatohirsk Lavra began in 2001. June 10 would be another anniversary of the beginning of construction.”

Zelensky said that “Worship services are forced to be held in the basement” in Ukraine due to the possibility of Russian shelling.

Zelensky added that Ukrainian diplomats “will do everything” to keep the destruction of churches and other culturally important infrastructure in Ukraine in the international public eye.

“We must not humiliate Russia so that the day when the fighting stops we can build an exit ramp through diplomatic means,” Macron said in an interview, designating his country as a “mediating power” in the conflict.

Zelensky concluded his address by describing the widespread destruction caused by Russia’s ongoing war on Ukraine.

“Russia is deliberately and systematically destroying Ukraine’s cultural and historical heritage, as well as social infrastructure, housing, and everything necessary for normal life,” he said.