DHAKA (Reuters) – A massive fire swept through an inland container depot in southeastern Bangladesh, killing at least 16 people and injuring more than 150, officials said on Sunday.

The fire broke out at a container facility on Saturday night at Sitakunda, 40 km (25 miles) from the port city of Chittagong, triggering multiple container explosions after a huge blast, at the site, officials said.

Firefighters were still working to put out the fire on Sunday morning, said fire service official Faruk Hossain Shikder. The explosion shook the neighbourhood and shattered glasses of windows of nearby houses, local residents said.

The death toll could rise as some of the injured are in critical condition, said Chittagong civil surgeon Mohammed Elias Hossain. The injured included firefighters and policemen, he said. 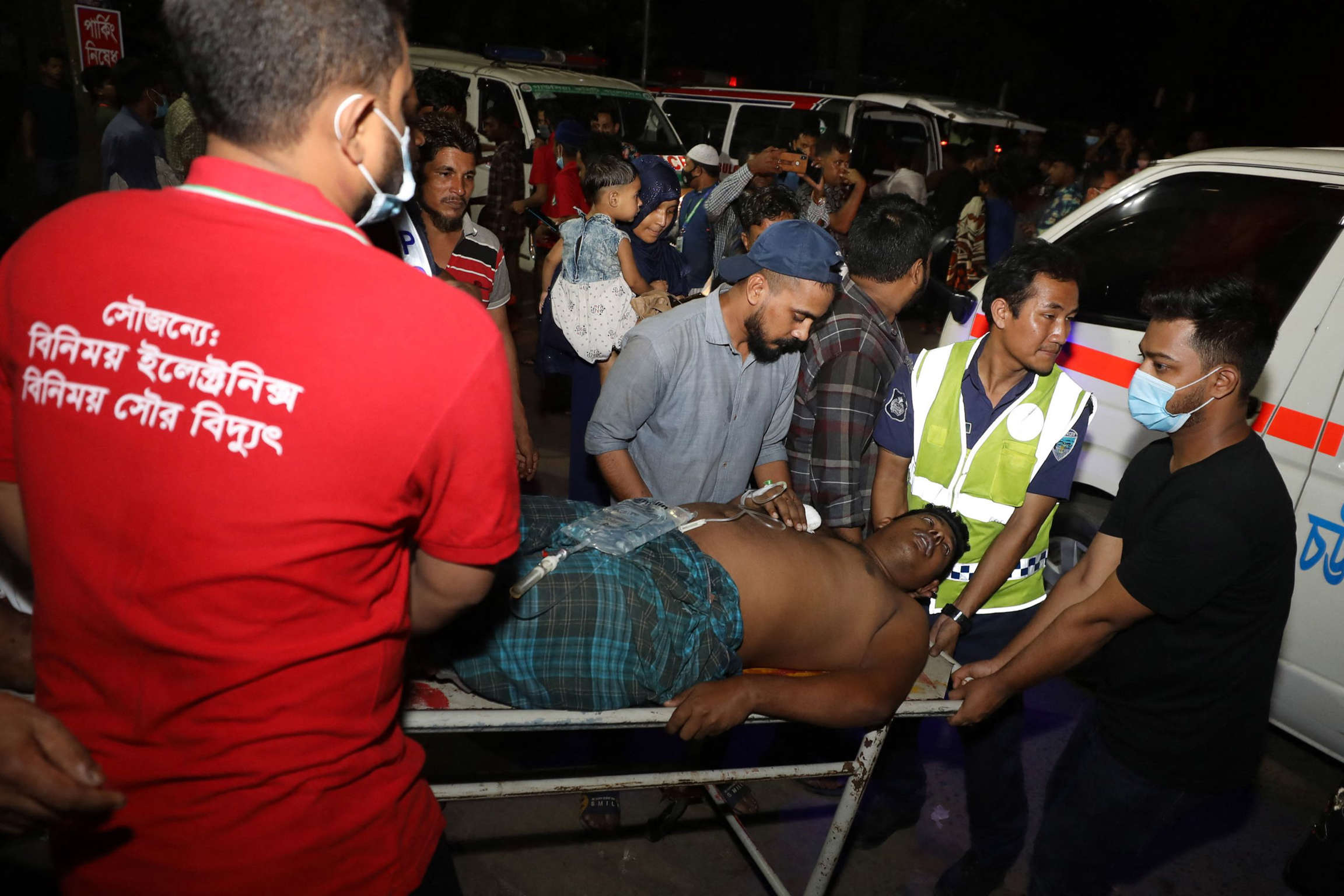 He urged all doctors in the district to help tackle the situation and called for emergency blood donations.

It was not immediately clear what caused the blaze. Fire service officials said they suspect it may have originated from a container of hydrogen peroxide and spread quickly to other containers.

In 2020, three people were killed after an oil tank exploded at a container depot in Chittagong’s Patenga area