BBC News:Follow View Profile Why Johnny Depp lost in the UK but won in the US 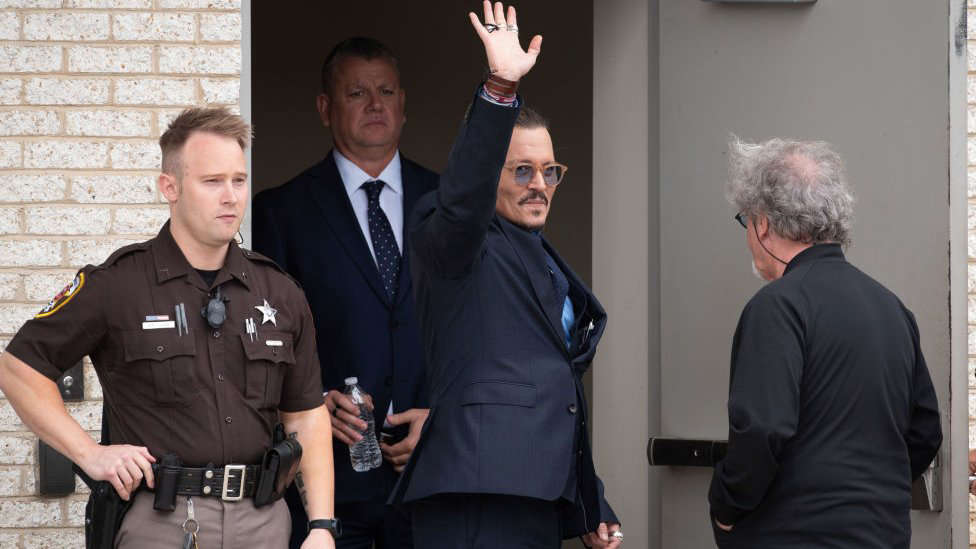 In 2020, Hollywood actor Johnny Depp lost a UK libel lawsuit against the Sun newspaper. But on Wednesday, he won a similar lawsuit against his ex-wife Amber Heard in a US courtroom.

At the start of his recent trial, many legal experts suggested that Mr Depp had a weaker chance of winning than he did in the UK, because the US has very strong free speech protections.

The fact that the jury found that Ms Heard was guilty of defamation with an article in which she claimed she was a victim of domestic abuse means they didn’t believe her testimony.

Mark Stephens, an international media lawyer, told the BBC that it’s “very rare” that essentially the same case is tried on two sides of the pond and gets different results.

He believes the main factor that influenced Mr Depp’s victory in America was the fact that his US trial was before a jury while his UK trial, over an article in the British tabloid that called him a “wife-beater”, was before a judge only.

“Amber Heard has comprehensively lost in the court of public opinion, and in front of the jury,” he said.

In both the UK and the US trial, Mr Depp’s lawyers argued that Ms Heard was lying – to make their case, they attacked her character and claimed that she was in fact the abusive partner.

This is a common defence tactic in sexual assault and domestic violence trials called “deny, attack, and reverse victim and offender” or “Darvo”, said Mr Stephens.

“They deny that they did anything, they deny they’re the real perpetrator, and they attack the credibility of the individual calling out the abuse, and then reverse the rolls of the victim and the offender,” Mr Stephens said.

In the UK trial, Mr Stephens said the judge recognised that strategy, and dismissed a lot of the evidence that did not directly address whether Mr Depp committed assault or not.

“Lawyers and judges tend not to fall for it, but it’s very, very effective against juries,” he said. Men are more likely to believe Darvo arguments, but female jurors are also susceptible.

“People have a paradigm in their mind of how a victim of abuse might be like and how they might behave, and of course we all know that’s often false.”

Hadley Freeman, a Guardian journalist who covered both cases, told the BBC that another major difference was the fact that the American trial was televised, turning the court case into “almost a sports game”.

Each twist and turn of the trial was watched by millions of people – many of whom turned to social media to express support for Mr Depp.

On TikTok, the hashtag #justiceforjohnnydepp got about 19 billion views. The jury was instructed not to read about the case online, but they were not sequestered and they were allowed to keep their phones.

Ms Freeman also thinks that vitriol that the general public lobbed against Ms Heard was a “a bit of #MeToo backlash”.

“‘Believe women’ seems a very long time ago when it comes to Amber Heard,” she said.

Why Johnny Depp lost in the UK but won in the US (msn.com)