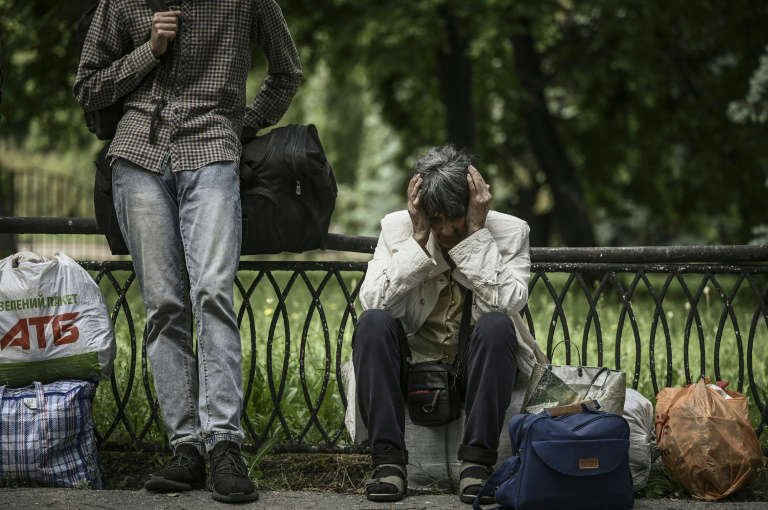 If Kyiv is provided with such missiles “we will draw the appropriate conclusions and use our arms… to strike targets we haven’t hit before,” Putin was quoted by Russian news agencies as saying.

He did not specify which targets he meant.

Putin’s comments came after the United States last week announced that it would supply Ukraine with advanced missile systems.

Russia said that it had destroyed tanks supplied to Ukraine by eastern European countries during the strikes.

One person was wounded and AFP reporters saw several buildings with blown-out windows near one of the sites that was targeted.

Leonid, a 63-year-old local resident who used to work at the facility, said he heard three or four explosions.

“There is nothing military there but they are bombing everything,” he said.

“People are afraid now,” he said, walking back to his damaged home with two loaves of bread.

Ukrainian authorities did not want to identify the precise locations of the explosions for security reasons.

© Provided by AFPIn his nightly address, on the 100th day of Russia’s invasion of Ukraine, President Volodymyr Zelensky pours scorn on the Russian army saying what remains of it is ‘war crimes, shame and hatred.’ Since Russian President Vladimir Putin ordered troops into Ukraine, thousands of people have been killed, millions sent fleeing and towns turned into rubble.

Meanwhile, in the east of the country, the battle for control of Severodonetsk raged on.

The city is the largest still in Ukrainian hands in the Lugansk region of the Donbas, where Russian forces have been advancing gradually after retreating or being beaten back from other parts of the country, including Kyiv.

Lugansk regional governor Sergiy Gaiday said that Russian forces had lost ground in the city and it was now “divided in two”.

“The Russians were in control of about 70 percent of the city, but have been forced back over the past two days,” he said on Telegram.

“They are afraid to move freely around the city.”

Russia’s army on Saturday claimed some Ukrainian military units were withdrawing from Severodonetsk, but Mayor Oleksandr Striuk said Ukrainian forces were fighting to retake the city.

© Simon MALFATTOMap of Ukraine showing position of military forces in Ukraine as of June 3, 0700 GMT

“We are currently doing everything necessary to re-establish total control” of the city, he said in an interview broadcast on Telegram.

‘Put Russia in its place’

Tens of thousands of people have been killed, millions forced to flee and towns turned into rubble since Russian President Vladimir Putin ordered an all-out assault on his pro-Western neighbour on February 24.

Western powers have imposed increasingly stringent sanctions on Russia and supplied arms to Ukraine, but divisions have emerged on how to react.

French President Emmanuel Macron said Friday Putin had committed a “fundamental error” but that Russia should not be “humiliated” so that a diplomatic solution could be found.

“It is Russia that humiliates itself. We all better focus on how to put Russia in its place,” he said.

© MIKHAIL METZEL/SPUTNIK/AFP via Getty ImagesFILE – Russian President Vladimir Putin delivers an address to the participants of the Bolshaya Peremena All-Russian contest for school students via a video link at the Novo-Ogaryovo state residence, outside Moscow, on June 1, 2022.

Despite diplomatic efforts, the conflict has raged in the south and east of the country. 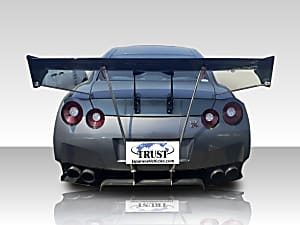 The press service of the Ukrainian president’s office on Sunday reported nine civilians killed in the Donetsk and Lugansk regions from shelling.

Apart from the human toll, the conflict has caused widespread damage to Ukraine’s cultural heritage.

Moscow continues to prove “its inability to be part of the civilised world,” Culture Minister Oleksandr Tkachenko said in a statement.

Russian troops now occupy a fifth of Ukraine’s territory, according to Kyiv, and Moscow has imposed a blockade on its Black Sea ports, sparking fears of a global food crisis. Ukraine and Russia are among the top wheat exporters in the world.

The United Nations said it was leading intense negotiations with Russia to allow Ukraine’s grain harvest to leave the country.

The UN has warned that African countries, which normally import over half of their wheat consumption from Ukraine and Russia, face an “unprecedented” crisis.

Food prices in Africa have already exceeded those in the aftermath of the 2011 Arab Spring uprisings and the 2008 food riots.

Away from the battlefield, Ukraine will be fighting for victory over Wales in Sunday’s play-off final as the war-torn country aims to reach its first football World Cup since 2006.

“We all understand that the game with Wales will no longer be about physical condition or tactics, it will be a game of survival,” said Ukraine player Oleksandr Zinchenko.

“Everyone will fight to the end and give their all, because we will play for our country.”