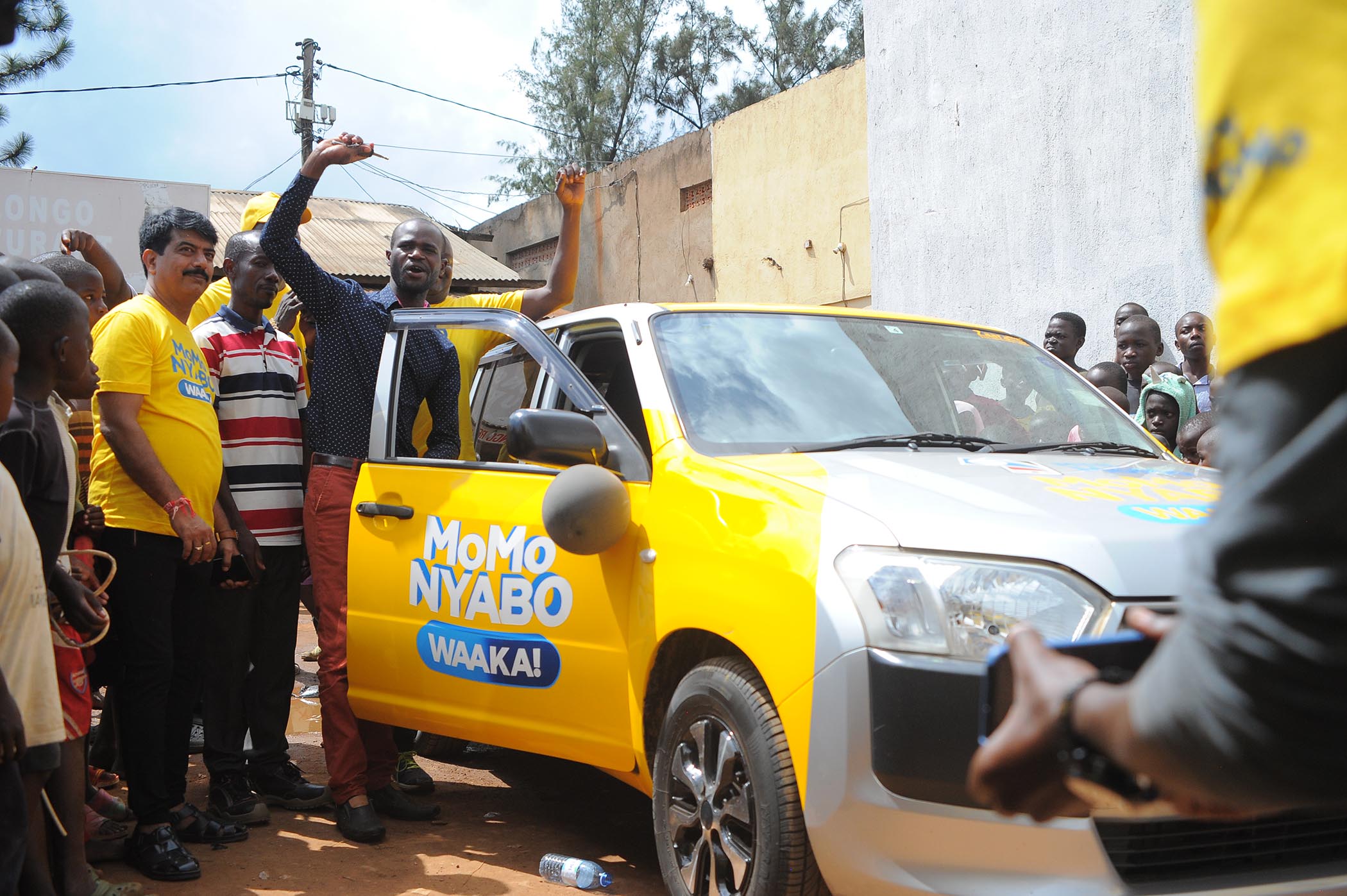 Kisitu is one of the three winners of last week’s cars in the MoMo Nyabo Waaka promotion show televised on NBS at 8:30pm. 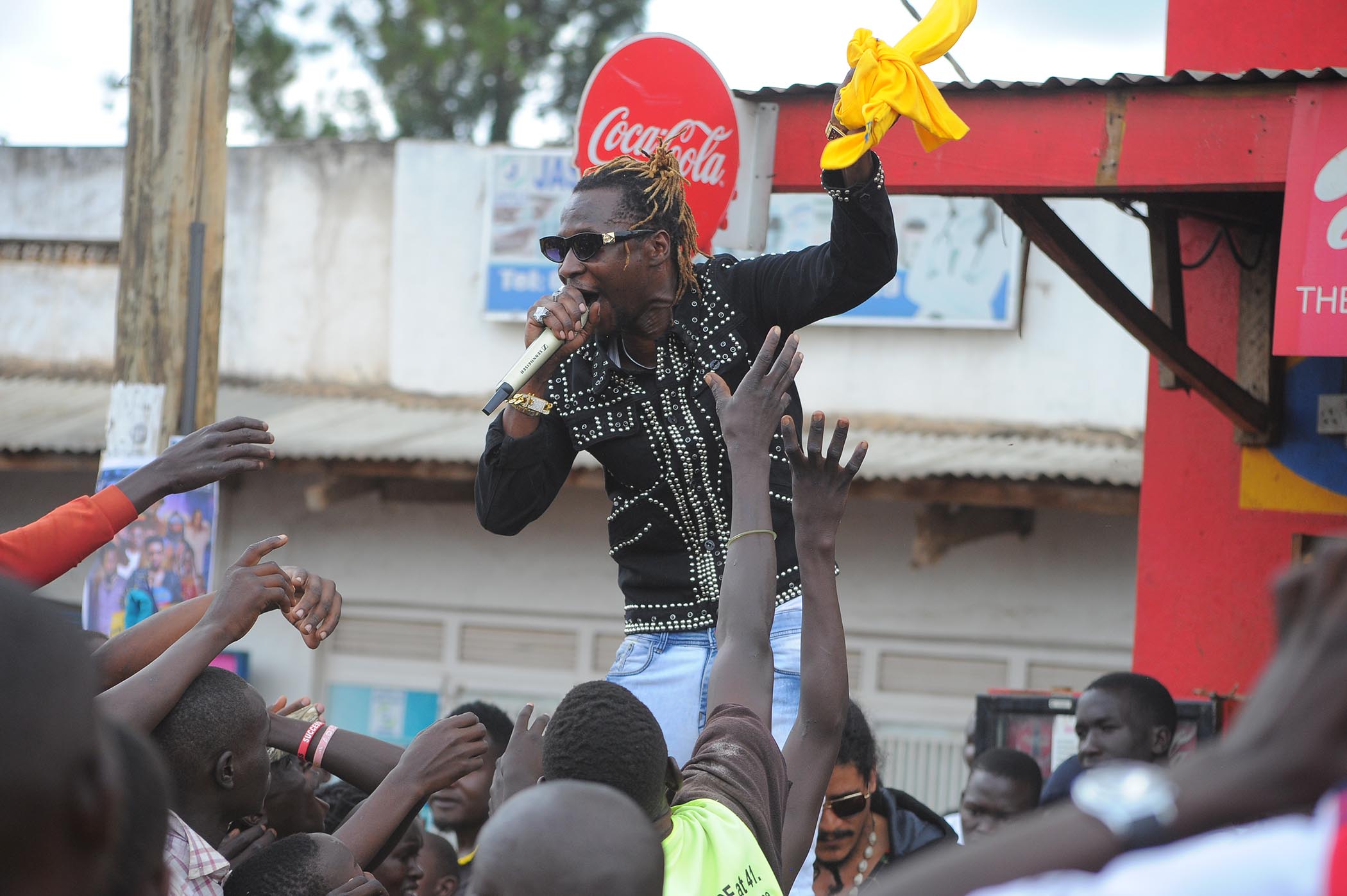 Kisitu previously owned a motorcycle with no idea that he would ever own a car, let alone through depositing Shs20,000 on his mobile money.

Kisitu’s wife was even more reluctant to believe the news that the husband had won a car. 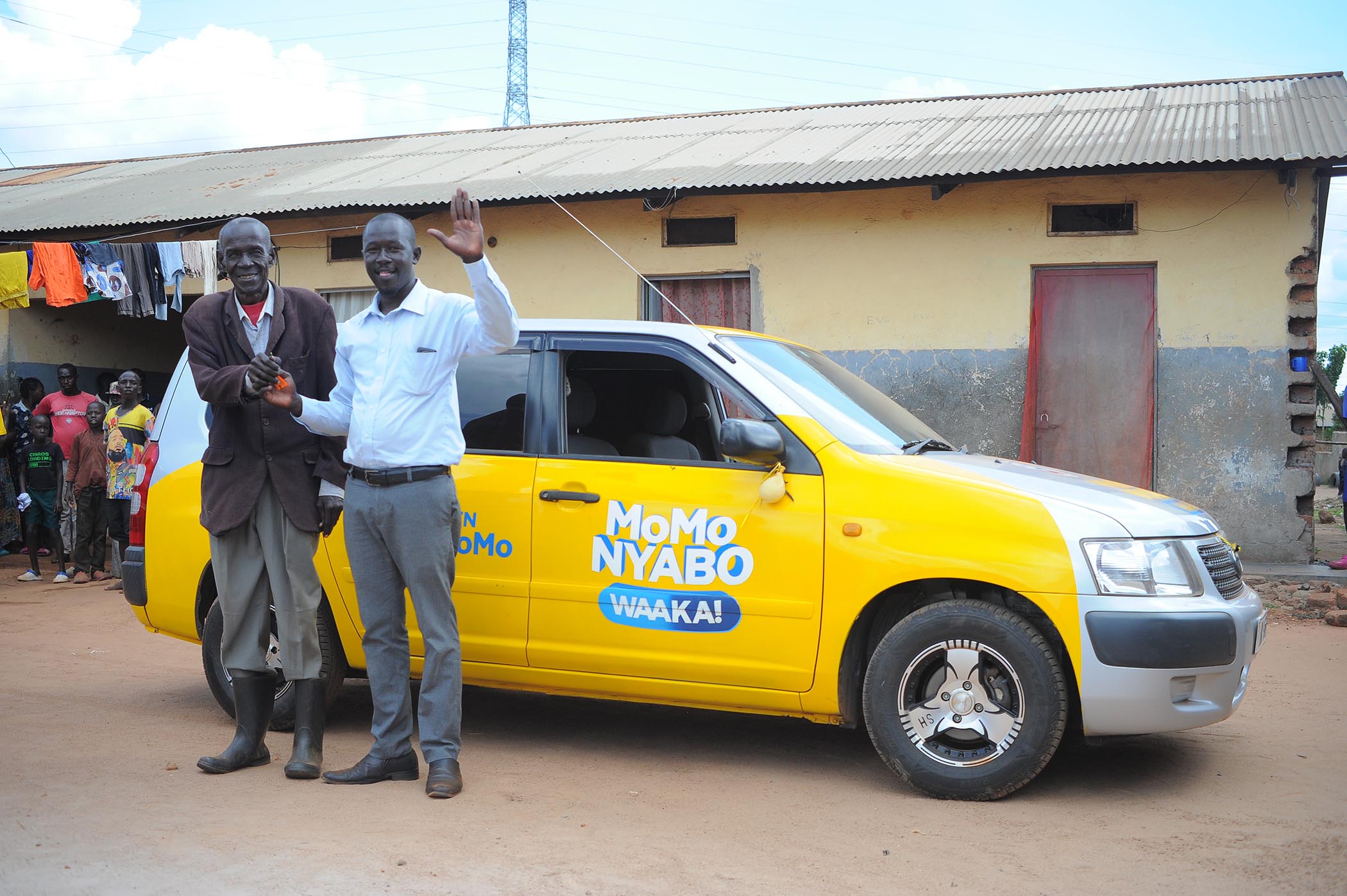 “When he told me that they called him and said that he had won a car, I didn’t believe it and immediately told him off because I thought those must be scammers, but indeed today I have believed its true, “ the wife said happily and amazed at their new treasure.

Kisitu’s mother with tears of joy congratulated the son upon his victory.

Kisitu implored the residents of Bombo to embrace the promotion by simply depositing Shs20,000 to stand a chance to become a winner like himself.

“I am extremely happy. MTN MoMo Nyabo is true, deposit money onto your phone, use it to buy airtime, data, pay your bills and school fees. For us as the people of Luwero, we have Waaka,” he said beaming with happiness.

Philip Opio from Lira and Okoth Augustine from Mbale were the other two winners of the Toyota Succeed cars.

To receive their cars, Okoth and Opio were accompanied by their family members who were using the simcards at the time they were announced as winners.

“When government rolled out the registration exercise for national identity cards, I was working in South Sudan so I could not register to get one. When I returned, and learnt that I needed a national ID to get a simcard, I asked my brother to help me acquire a simcard using his national ID and this is the number I have been using. So I am extremely glad that I have won myself a car,” Rogers Tenywa, the brother to Okoth said following Okoth’s confirmation to handover the car.

Similarly, Philip Opio handed over the keys to the Toyota Succeed car to his son who was using the simcard registered under his (Opio’s) name.

MTN has urged customers to ensure that their MTN mobile money simcards are registered fully in the same names reflected on their National Identifications. This can be done at any service center country wide. 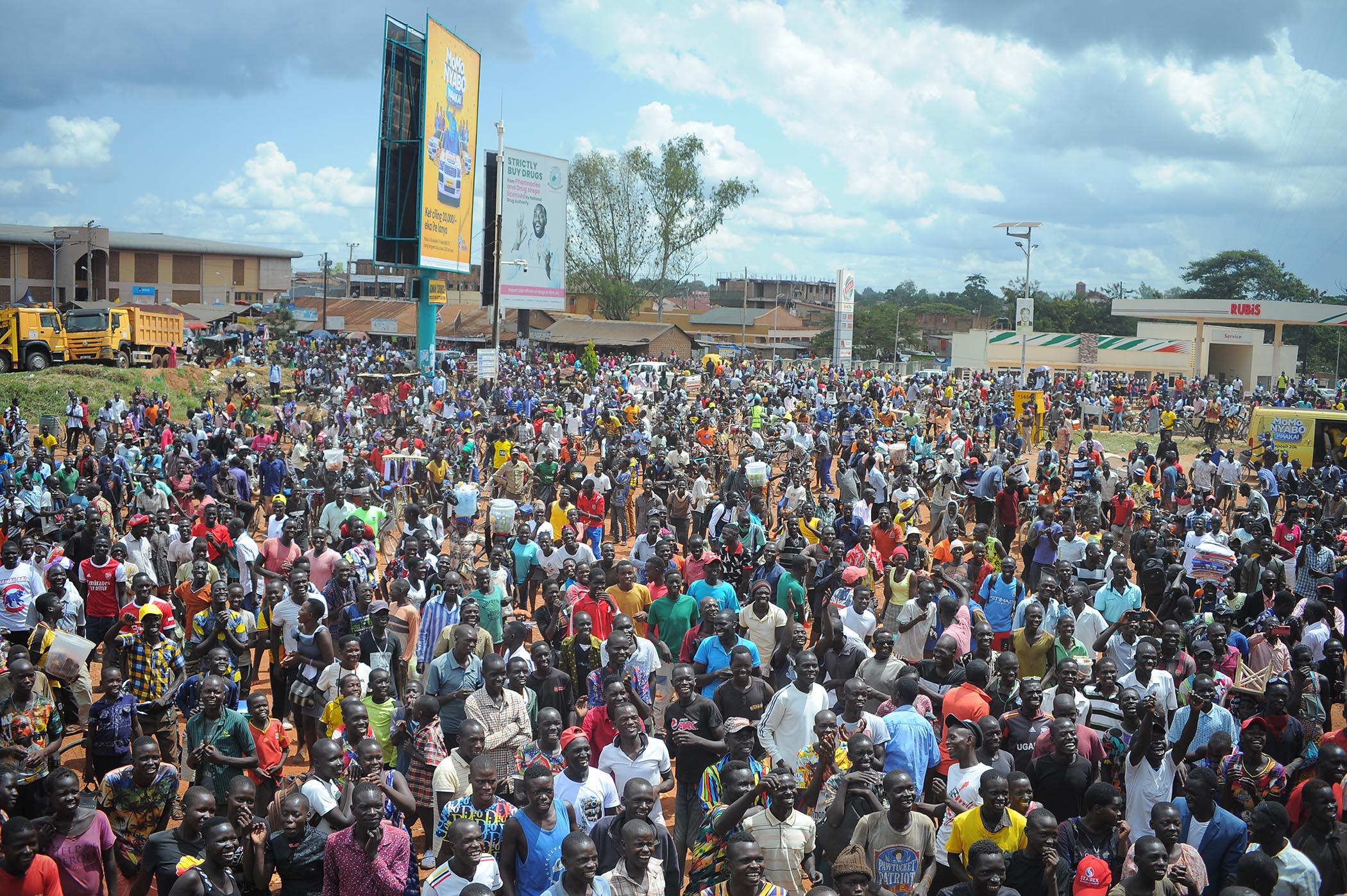 Hundreds of people gather at the MoMo Nyabo Waaka Promotion caravan to witness the car hand over in Lira. Philip Opio from Lira was one of the winners of the car hailing from Lira

Today, 3 more cars are going to be awarded to 3 lucky winners during the MoMo Nyabo televised show airing on NBS and Bukedde TV at 8:30pm tonight.

To take part in the promotion, customers have to simply deposit twenty thousand shillings on their MTN MoMo accounts.  In addition to the 24 Toyota Succeed cars that are up for grabs, MTN MoMo is also giving away Ugx.100,000/= to 2,000 winners every week.

In this fourth edition of MTN MoMo Nyabo Waaka promotion, over 2 billion shillings will be awarded to over 16,000 MTN MoMo customers and agents across the country.

As the MoMo Nyabo promotion continues, Ugandans are cautioned to be aware of conmen, emphasizing that all winners are to be contacted only by 0312120000, which is the official calling number from MTN.