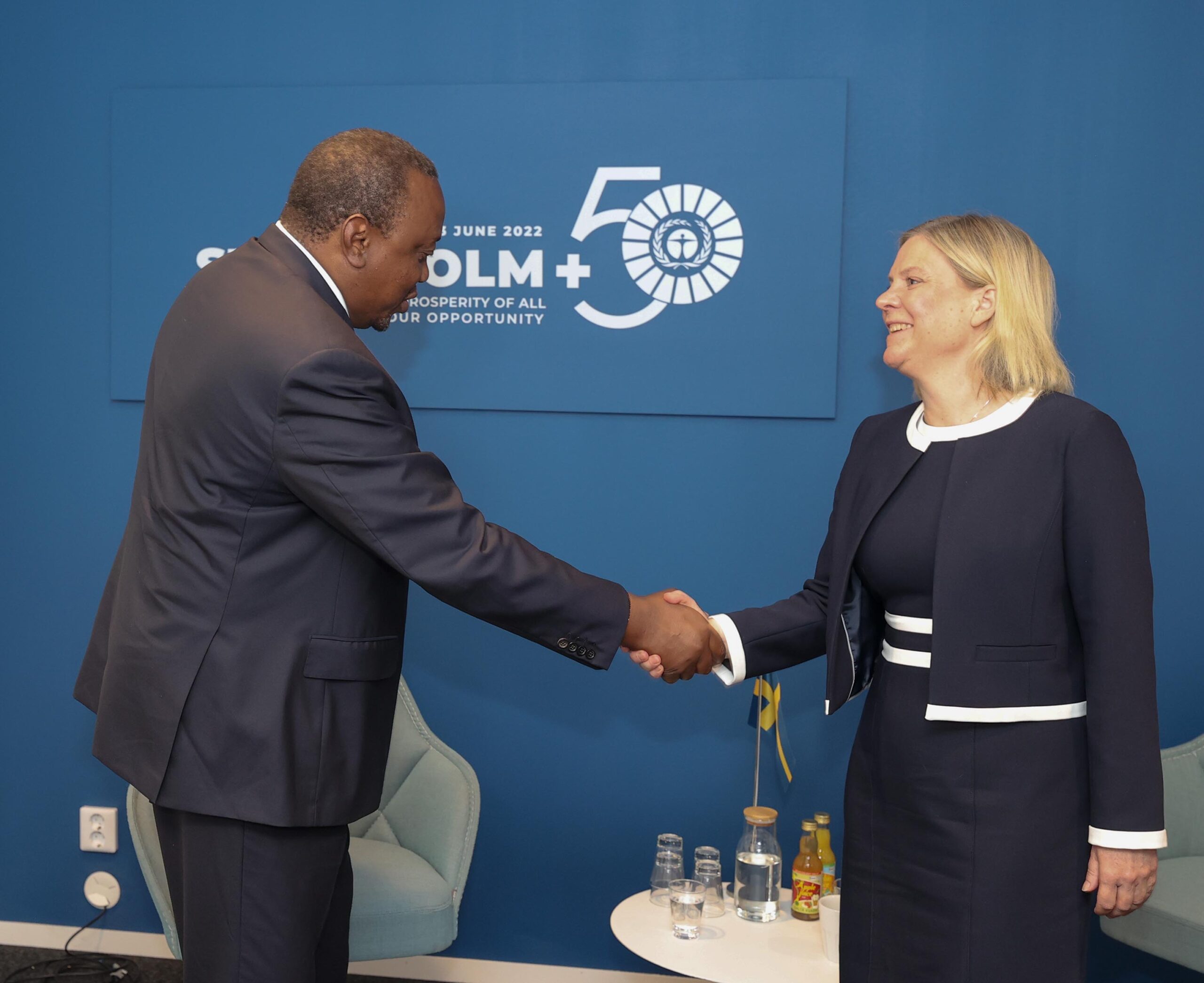 The President noted that while over the last 50 years there has been a growing understanding of the grave environmental threats, less progress has been made in designing and implementing bold actions to address the challenge.

“This meeting seeks to, therefore, accelerate action to avert the environmental crisis and define a pathway towards an environmentally sustainable future,” the President said.

President Kenyatta spoke on Thursday at the opening of the international environment meeting dubbed ‘Stockholm+50’ which he co-chaired with Prime Minister Magdalena Andersson in the Swedish capital.

His Majesty King Carl XVI Gustaf of Sweden, United Nations (UN) Secretary-General Antonio Guterres and the President of the 76th session of the UN General Assembly, Abdulla Shahid, also addressed the opening session of the two-day Stockholm+50 meeting convened by the UN.

Held under the theme “a healthy planet for the prosperity of all – our responsibility, our opportunity”, the international environment meeting co-hosted by Kenya and Sweden also commemorated the 50th anniversary of the United Nations Conference on the Human Environment in Stockholm which marked a new era of global cooperation.

Saying the environment agenda is currently at the centre of global discussions, the President asked all participants to seize the opportunity presented by the Stockholm+50 meeting to hasten the pace and quality of the environment action.

“By the time we go to COP27 (the 2022 United Nations Climate Change Conference) in November this year, we should aim to have developed a comprehensive, holistic and transformative package of environmental actions.

“This should be an integrated package that pulls together the outcomes of COP26 held last November, the 5th Session of the UN Environment Assembly (UNEA 5.2) in March, the Stockholm+50 and the upcoming UN Ocean Conference to be held in Lisbon at the end of June,” the President said.

At the same time, President Kenyatta called on development partners to honour their commitments of doubling global climate financing, especially for adaptation, to enable developing countries to invest in climate-resilient infrastructure and systems.

He said the heightened ambition in financing and implementation should be at the core of the environmental commitments and actions.

Highlighting Kenya’s efforts to address the threat to the environment, President Kenyatta said his administration has continued to give high priority to environmental issues.

“This includes a ban on single-use plastics in 2017 and the acceleration of the generation of renewable energy, which now accounts for approximately 80 percent of our clean energy,” President Kenyatta said.

Noting that UNEA-5.2 held in Nairobi early this year underscored the urgency for collective action to address the triple planetary crisis of climate change, pollution and biodiversity loss, the President appealed to all UNEP member states to develop and implement a legally binding instrument to end plastic pollution.

Recognizing the critical role of UNEP as the premier institution on environmental matters, the President informed the meeting that the Kenya Government has continued to provide strong financial and logistical support to the UNEP global office in Nairobi.

In this regard, the Swedish PM said no country or person should be left behind in the green transition.

“The transition can only be done if it is made in a social and inclusive way. And this is not just an option, it is our moral obligation. We must all live up to our commitments. We must start delivering on the declarations we have signed and on the pledges we have made. We have already talked the talk. Now it’s time to walk the walk,” Prime Minister Andersson emphasized.

UN Secretary-General Guterres appealed to leaders in all sectors to lead the world out of the environmental mess that is compromising the wellbeing of more than 3 billion people and costing the lives of up to 9 million people annually.

“We need to change course now and end our senseless and suicidal war against nature. We know what to do and increasingly we have the tools to do it. But we still lack leadership and cooperation. So today I appeal to leaders in all sectors to lead us out of this mess,” the UN Secretary-General said. 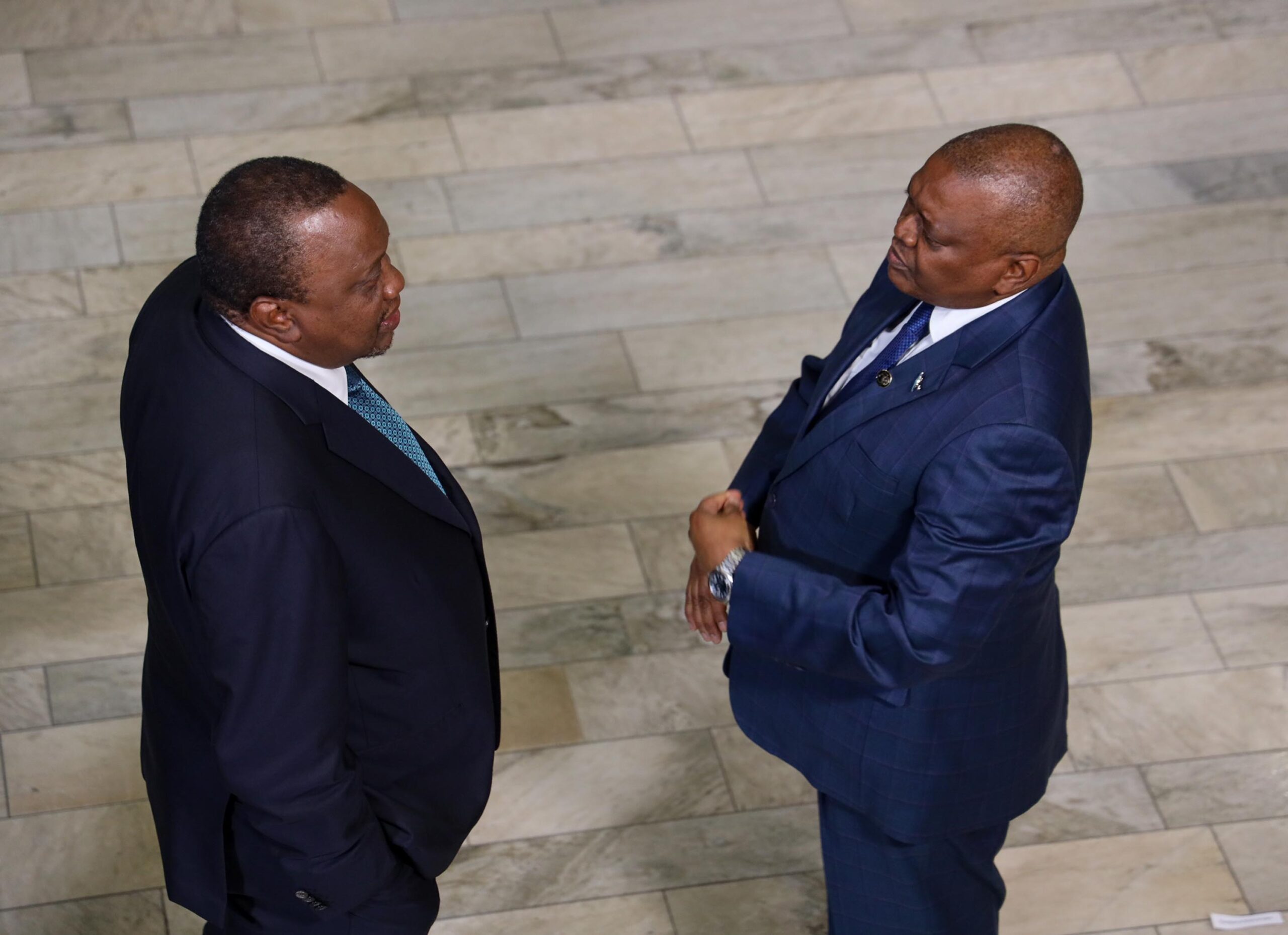 President Uhuru Kenyatta meets with Botswana President Mokgweetsi Masisi  on the sidelines of the opening of the international environment meeting dubbed ‘Stockholm+50’ held in Stockholm, Sweden. 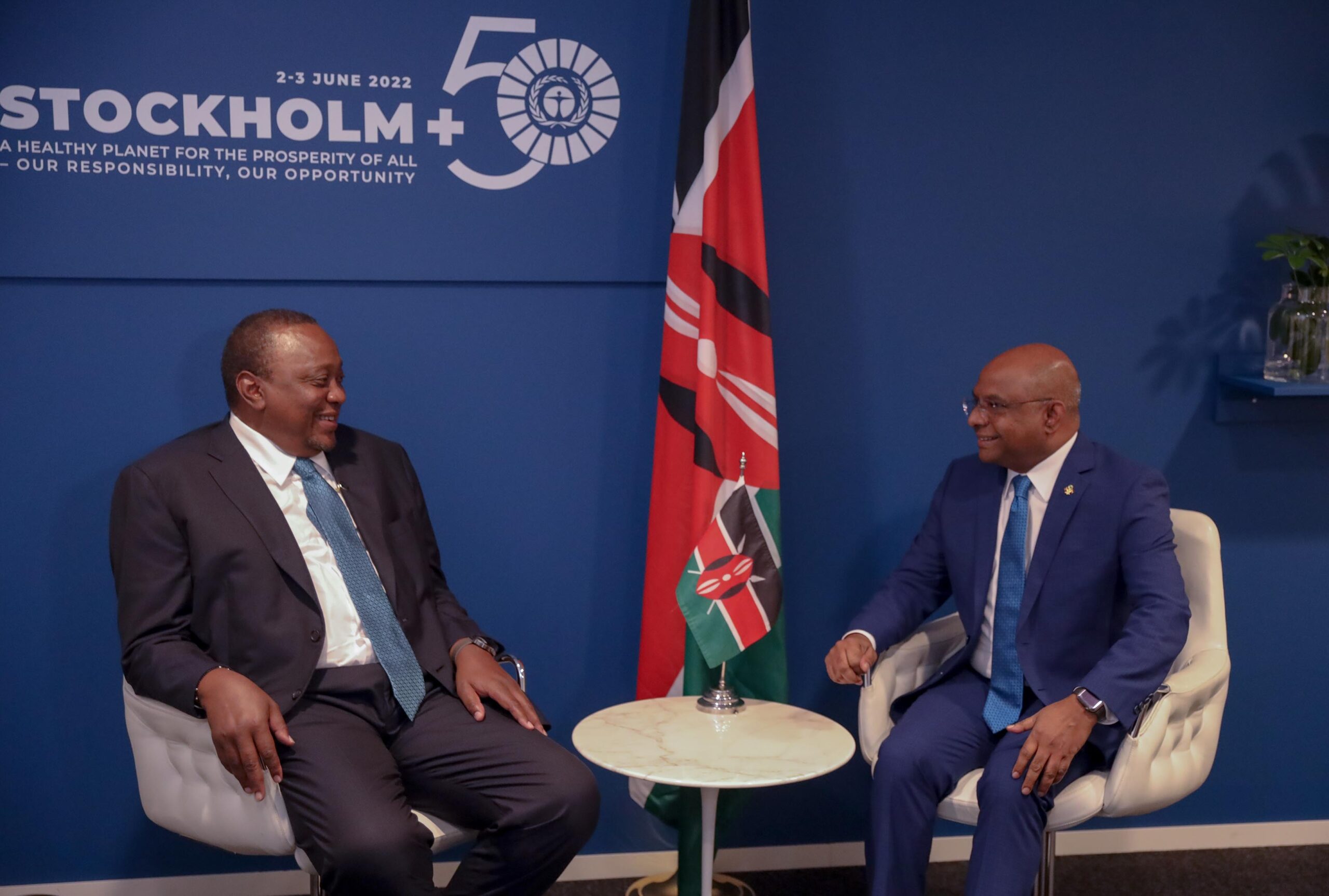 President Uhuru Kenyatta meets with President of the 76th session of the UN General Assembly, Abdulla Shahid on the sidelines of the opening of the international environment meeting dubbed ‘Stockholm+50’ held in Stockholm, Sweden.