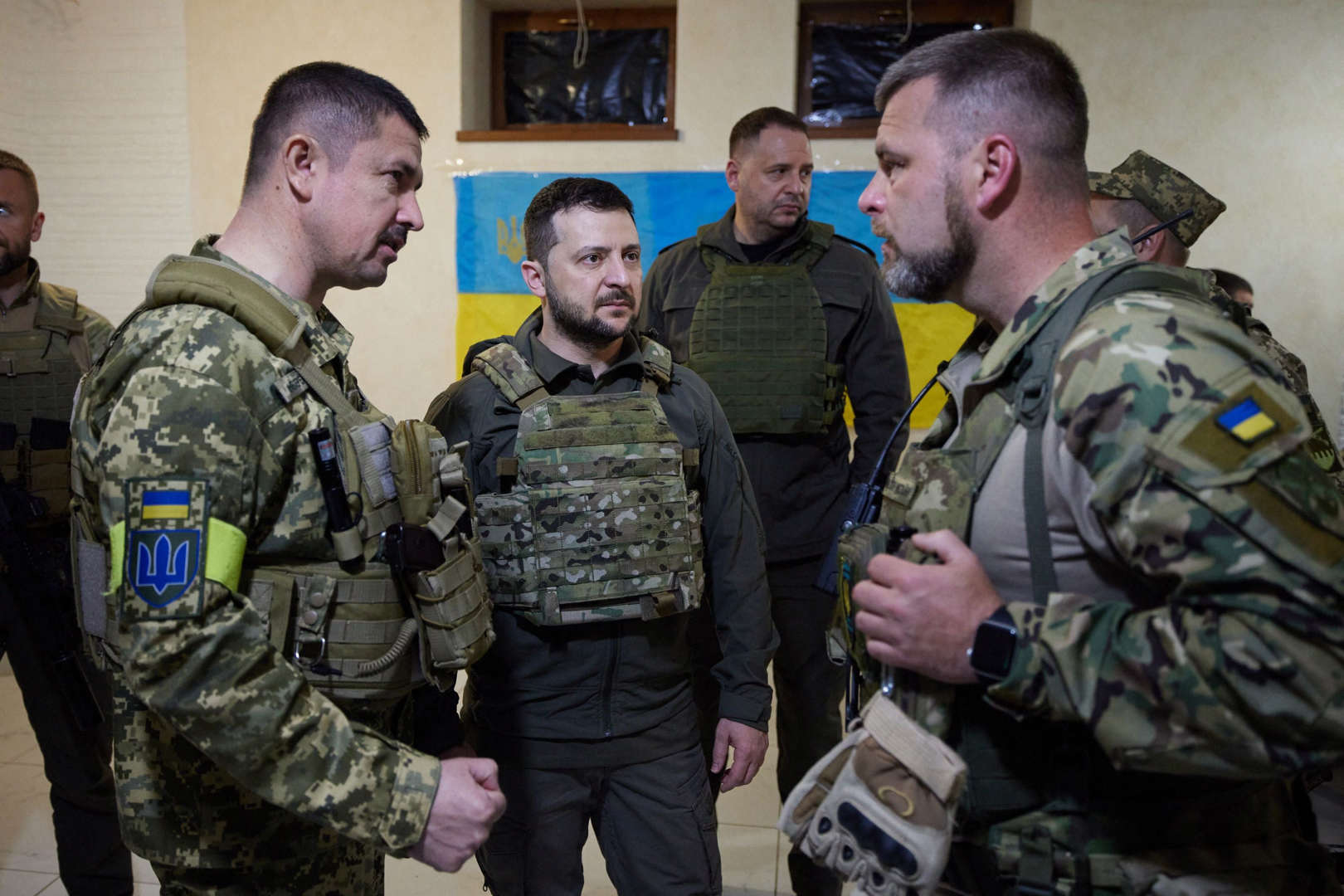 It marked his first official appearance outside of the capital Kyiv since Vladimir Putin waged war on the country on February 24 this year.

On the ground, Zelensky hailed the soldiers as heroes when he spoke to them during his visit to the Kharkiv region.

“I want to thank each of you for your service. You risk your life for all of us and our state,” the president told troops.

The leader was also seen handing out gifts to the soldiers.

In a Telegram post, Zelensky wrote: “I feel boundless pride in our defenders. Every day, risking their lives, they fight for Ukraine’s freedom.”

The Ukrainian Border Guard Service said border areas in the Sumy region, east of Kharkiv, were hit with six unguided missiles but there were no reports of casualties.

Russia has claimed its forces destroyed an important Ukrainian ammunition depot in Kryvyi Rih, a city in central Ukraine that is Zelensky’s home town.

There have been almost 100 days of war in Ukraine since Russian leader Putin launched his brutal attack on the country.

Intense shelling and fighting has continued to rage in an eastern Ukraine city on Sunday as the fight for control of Donbas deepens.

It is the largest city the Ukrainians still hold in the Luhansk region of Donbas.

Sievierodonetsk is a key town and manufacturing centre in Russia’s quest to conquer Ukraine’s Donbas region.

Russia have also stepped up efforts to take nearby Lysychansk.

Putin’s troops remain focused on capturing parts of both not already controlled by pro-Moscow separatists.

Zelensky described the situation in the east as “very complicated” and “indescribably difficult” in his Saturday night video address.

“It’s indescribably difficult there. And I am grateful to all those who withstood this onslaught,” he said.

“Russia’s army is trying to squeeze at least some result” by concentrating its attacks there, he added.

Some 30,000 Russian troops have been killed since the start of the invasion, Ukraine officials have claimed.

It comes as Turkey’s president continued to voice his intention to block Finland and Sweden’s application to become a Nato member.

Volodymyr Zelensky visits soldiers on the frontline in rare trip outside Kyiv (msn.com)