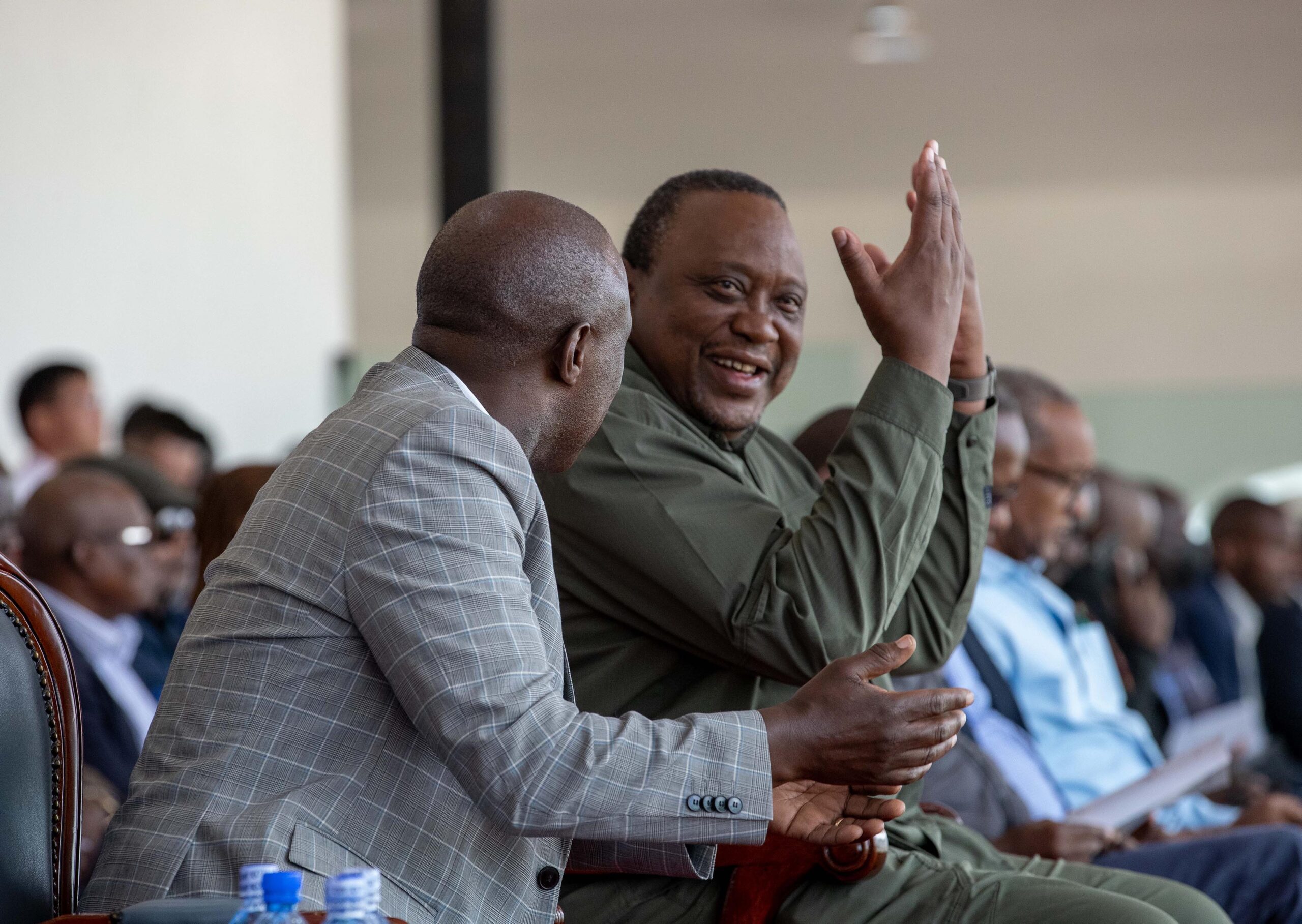 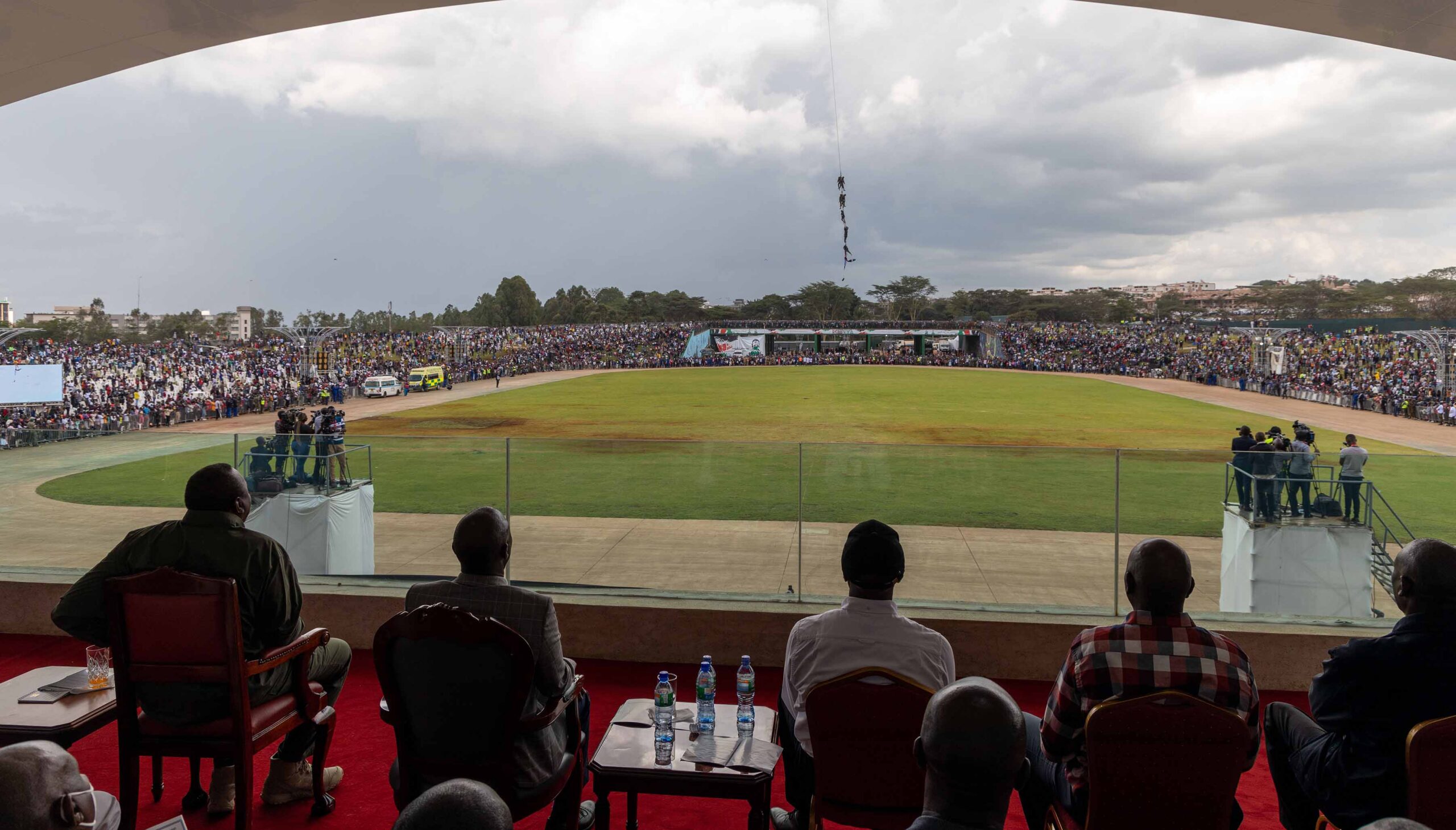 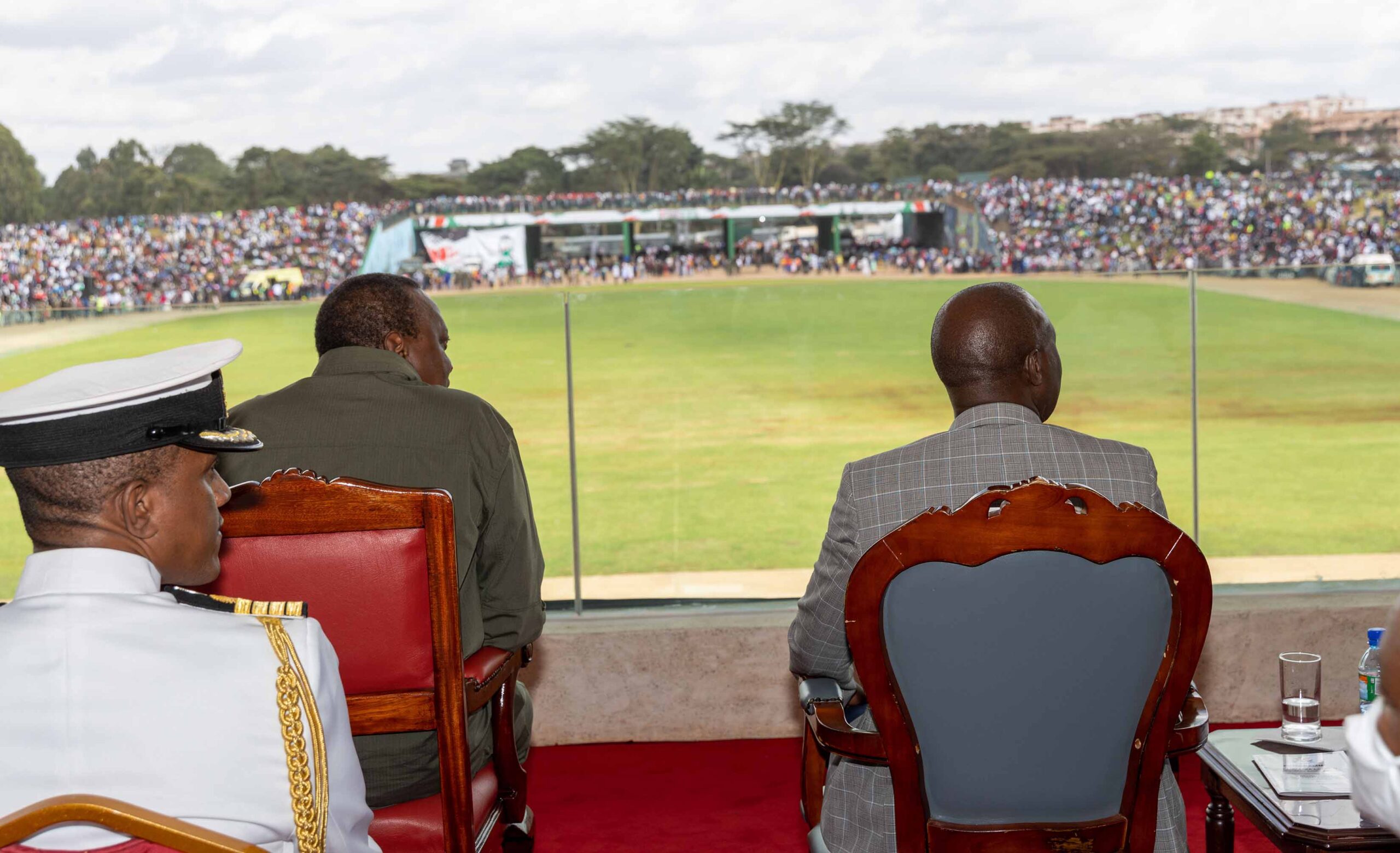 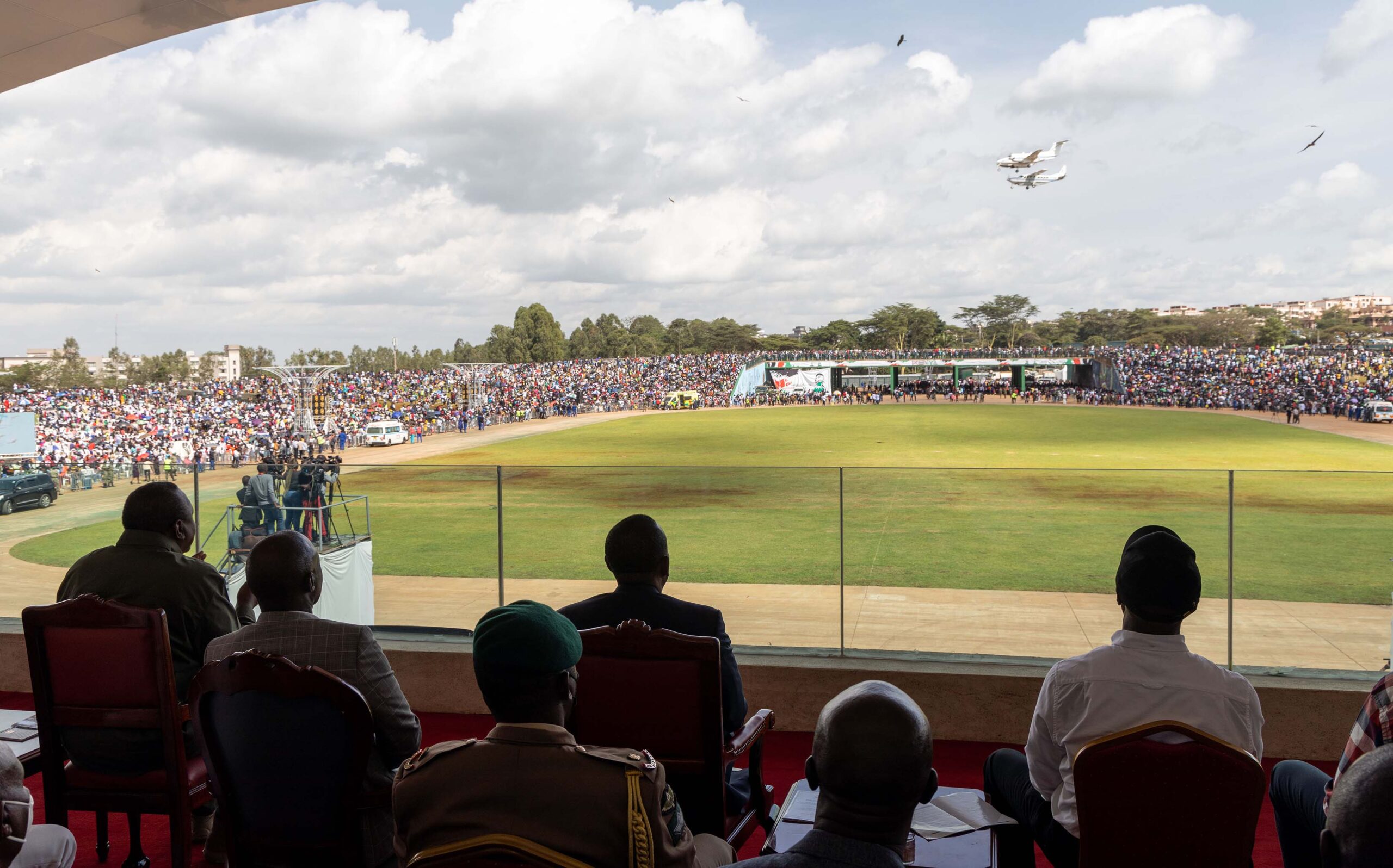 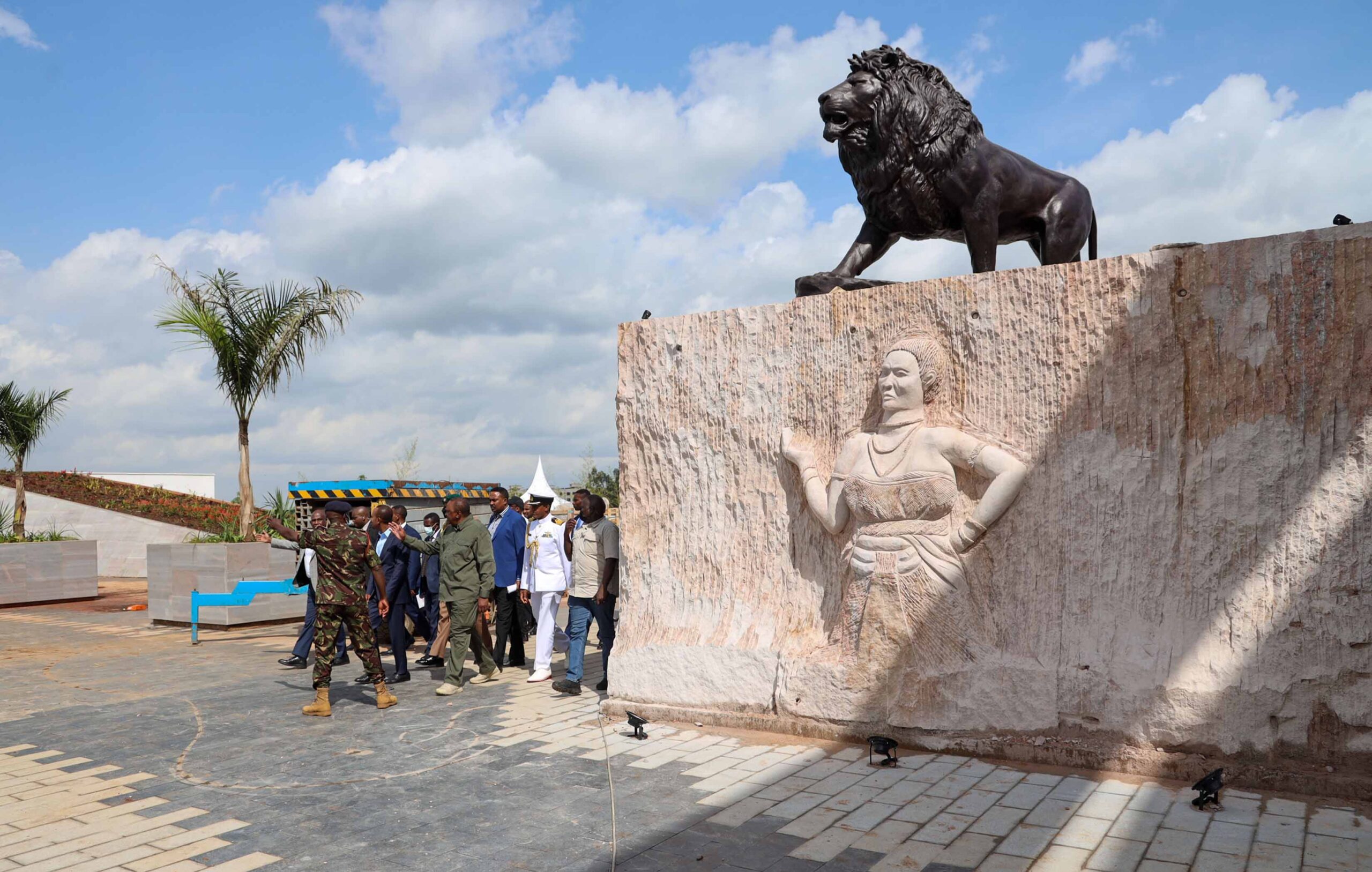 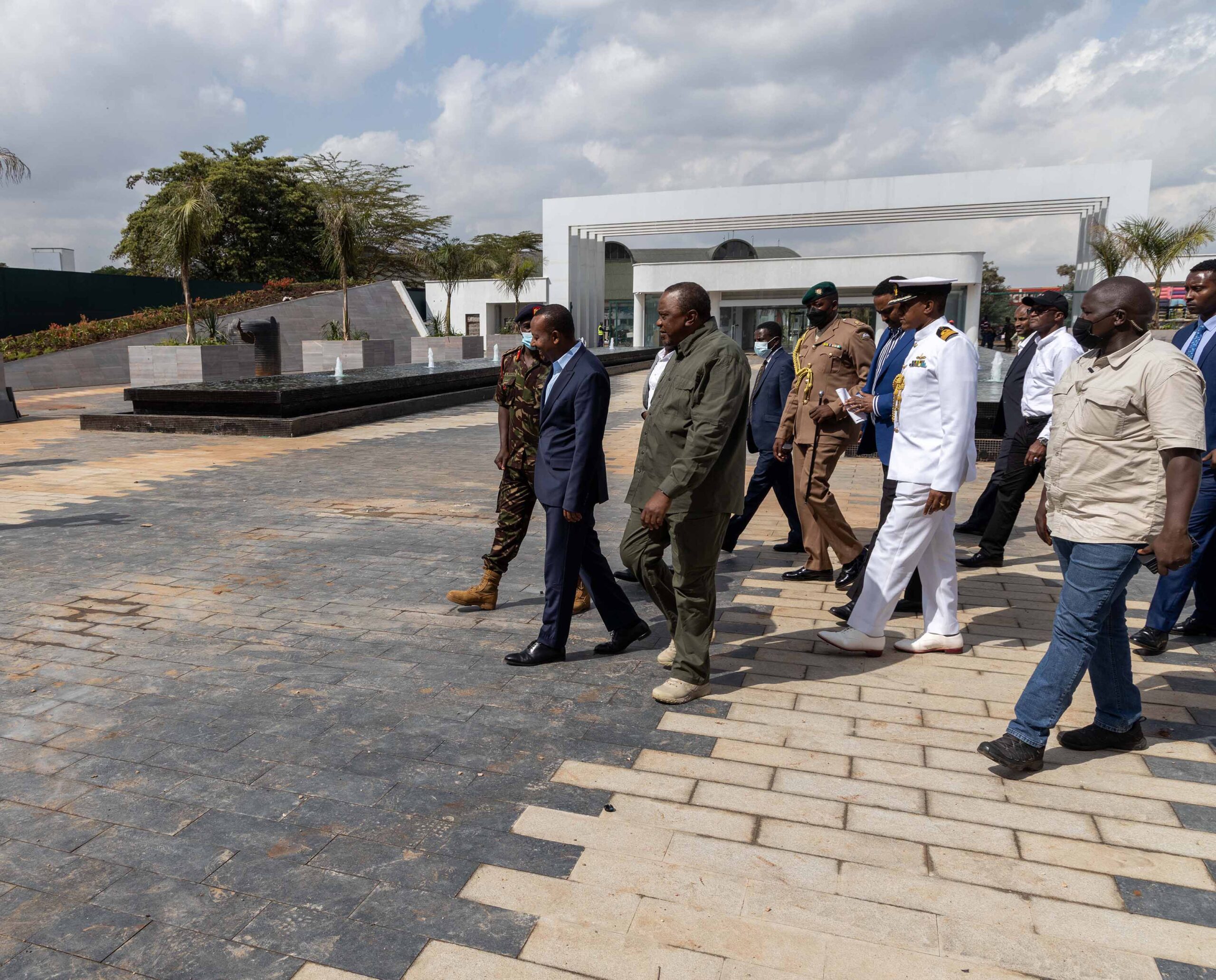 NAIROBI, 28th May 2022 (PSCU) – President Uhuru Kenyatta was on Saturday among hundreds of Kenyans who attended the Kenya Defence Forces (KDF) Museum Air Show Festival at the revamped Uhuru Gardens in Nairobi.

The President was accompanied by visiting Ethiopian Prime Minister Abiy Ahmed to the spectacular air show organized by the KDF, under Chief of Defence Forces General Robert Kibochi, in conjunction with the Aero Club.

This is the first time the military and civilian air operators have come together to treat the Kenyan public to exciting displays of aerobatic capabilities.

The public was engaged and entertained through the aerobatics and extreme manoeuvres by Kenya Air Force (KAF) jets including Tucanos and the Northrop F5s as well as helicopters that performed scintillating air display, which included somersaults and free falls.

The colourful air display kept Kenyans glued to skies as the military and civilian experts took charge of the airspace to display their capacities and capabilities in different performances.

Among the exciting displays done were by a KAF UH1H Huey helicopter which picked the Green Eagles Skydive and Skytruck free fallers who had landed in the middle of the arena.

South African Mark Hensman, with his team, displayed unique tactical air manoeuvres that took the breathe away from the cheering crowds by creating a special “chandelier effect” in the arena and exhibiting scintillating moves and somersaults that kept everyone amazed.

Other participants in the air show included Kenya Airways Embraer 190, Phoenix Aviation Cessna Sovereign and a fire fighting display by Farmland Aviation as well as a Rhino anti-poaching display by the Kenya Wildlife Service.

The show was capped by a Pitts special display led by Mark Ross and the KAF Rapid Response Unit (RRU) Puma whose officers displayed the ability to conduct rescue operations with the aircraft firmly hovering above the ground long enough to conduct an operation. 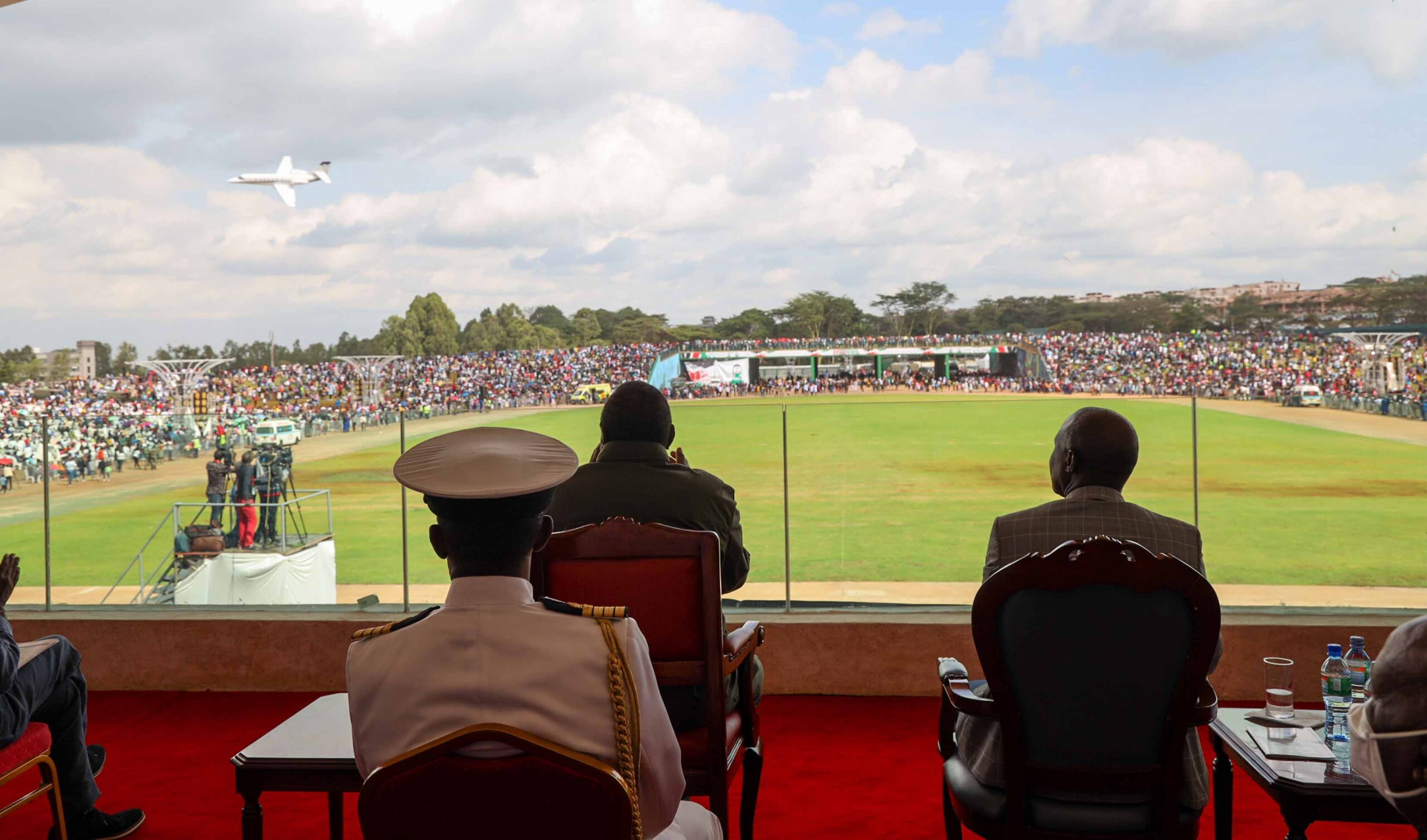 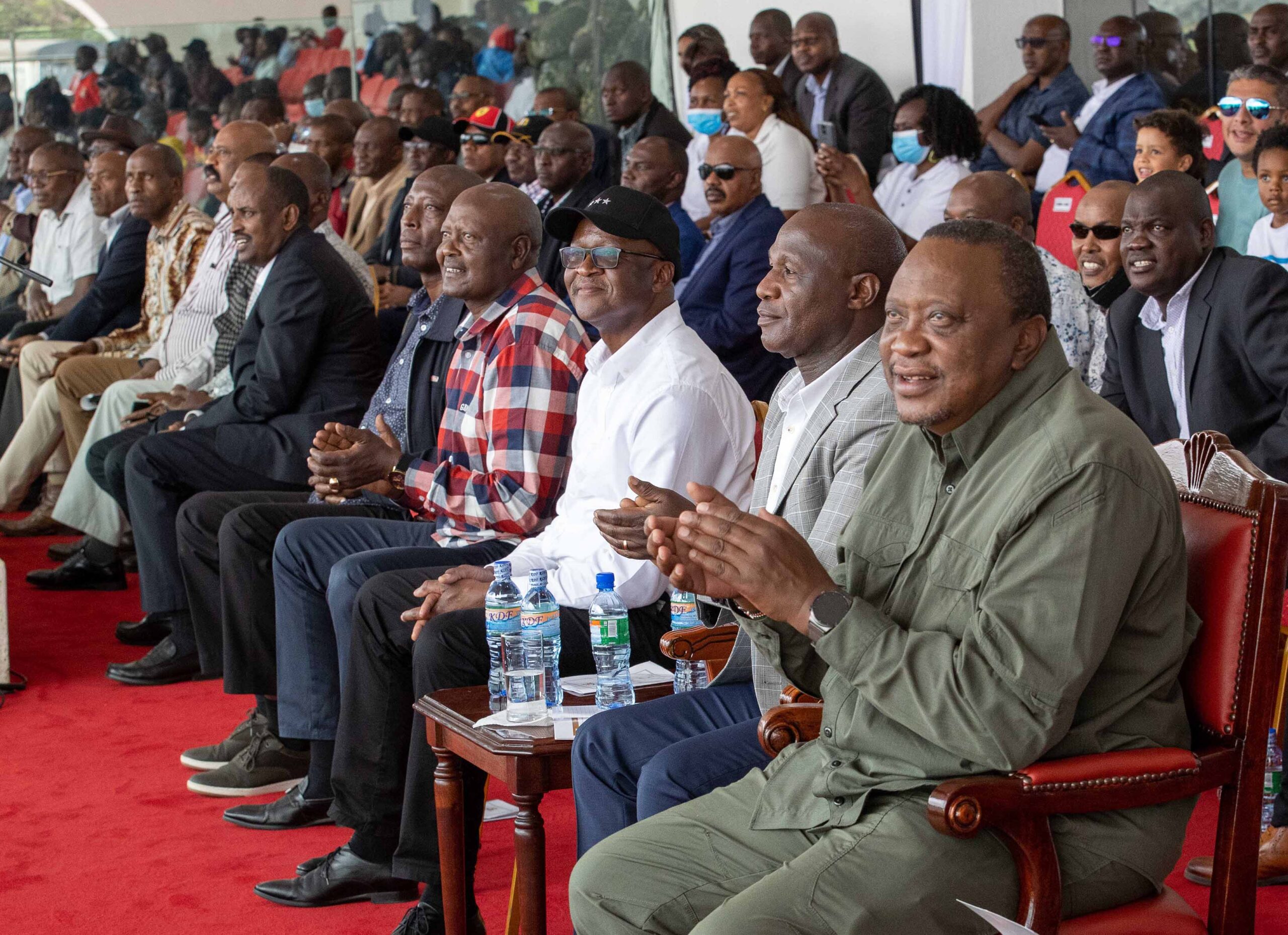