Kampala, Uganda: The Authority and Ministry of finance have launched robust interventions to stabilize the country’s financial position on the global scene.

Officials from Financial Intelligence Authority have told this News Website that following Uganda’s placement on the grey list (warning list) by Financial Action Task Force (FATF) an international organization that sets standards and to promote effective implementation of legal, regulatory and operational measures for combating money, the country was directed to solve 22 issues to get out of the list. 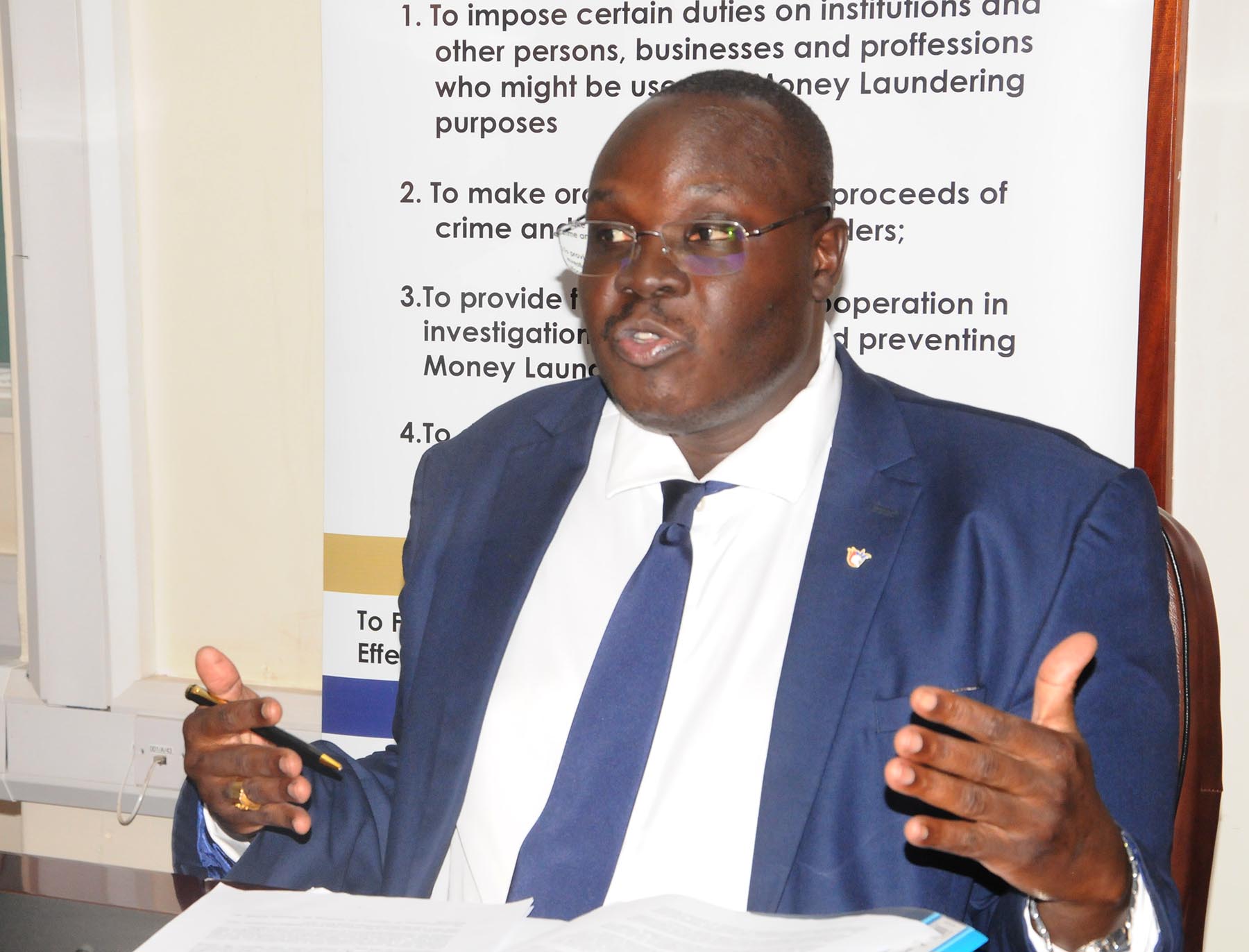 Sydney Asubo, Director  of Financial Intelligence Authority speaks during a press conference on interventions to curb financial crimes and save Uganda from the grey list yesterday at Authority’s office. Photo by Julius Mugaga Tukacungurwa.

Speaking to journalists at a press conference held at FIA offices in Kampala, Sydney Asubo, the director of the Authority told the countrymen an dwomen that they are on clear road towards harnessing best ways of having the latter issues managed before the deadline.

He said that so far six of the 22 issues are already solved and that they would have solved more but Covid-19 outbreak affected them so much as this it aborted physical engagements of the authority and other stakeholders.

He informed that physical attendance of the Authority’s workforce was reduced to 10 of 30 adding to work from home where by most of them were not used of it, budgetary allocation was heavily cut unable to effectively cater for their interventions in addition to 2021 elections that delayed passing of Company Act and Anti-terrorism Act, Trustees Act, Partnerships Act, and the Insolvency Act which were major requirements.

It should be noted that when a country is placed in the grey list, it faces various international problems like denial of getting economic sanctions from organizations like the International Monetary Fund, World Bank, ADB, and other countries.

Again when a country goes on to a grey list, faces severe problems like lack of trade opportunities, a downgrade of ratings, and a shrinking economy. It also affects the potential borrowings from the IMF and other global bodies.

With the above would be consequences, Asubo mentioned that they have embarked on serious interventions to harmonize this.

Money laundering was not a crime in Uganda until seven years ago where 10 convictions have been registered and the Authority is optimistic that it will play a role in checking financial crimes and Money laundering in Uganda.

“A taskforce has been instituted by Ministry of Finance, Planning and Economic Development as our overall supervisor which will collaborate with other MDAs like Ministry of Internal Affairs, Ministry of Foreign Affairs, Ministry of Justice and Constitutional Affairs, Office of the President, Financial Intelligence Authority as the Secretariat, Bank of Uganda, Uganda Revenue Authority, Uganda Microfinance Regulatory Authority, Insurance Regulatory Authority, Capital Markets Authority, Inspectorate of Government, Uganda Police Force, Directorate of Public Prosecutions, Uganda Insurers Authority, Uganda Bankers Association, Uganda Registration Services Bureau and others to harness a lasting solution to the issues and get the country off grey list”. Asubo remarked. 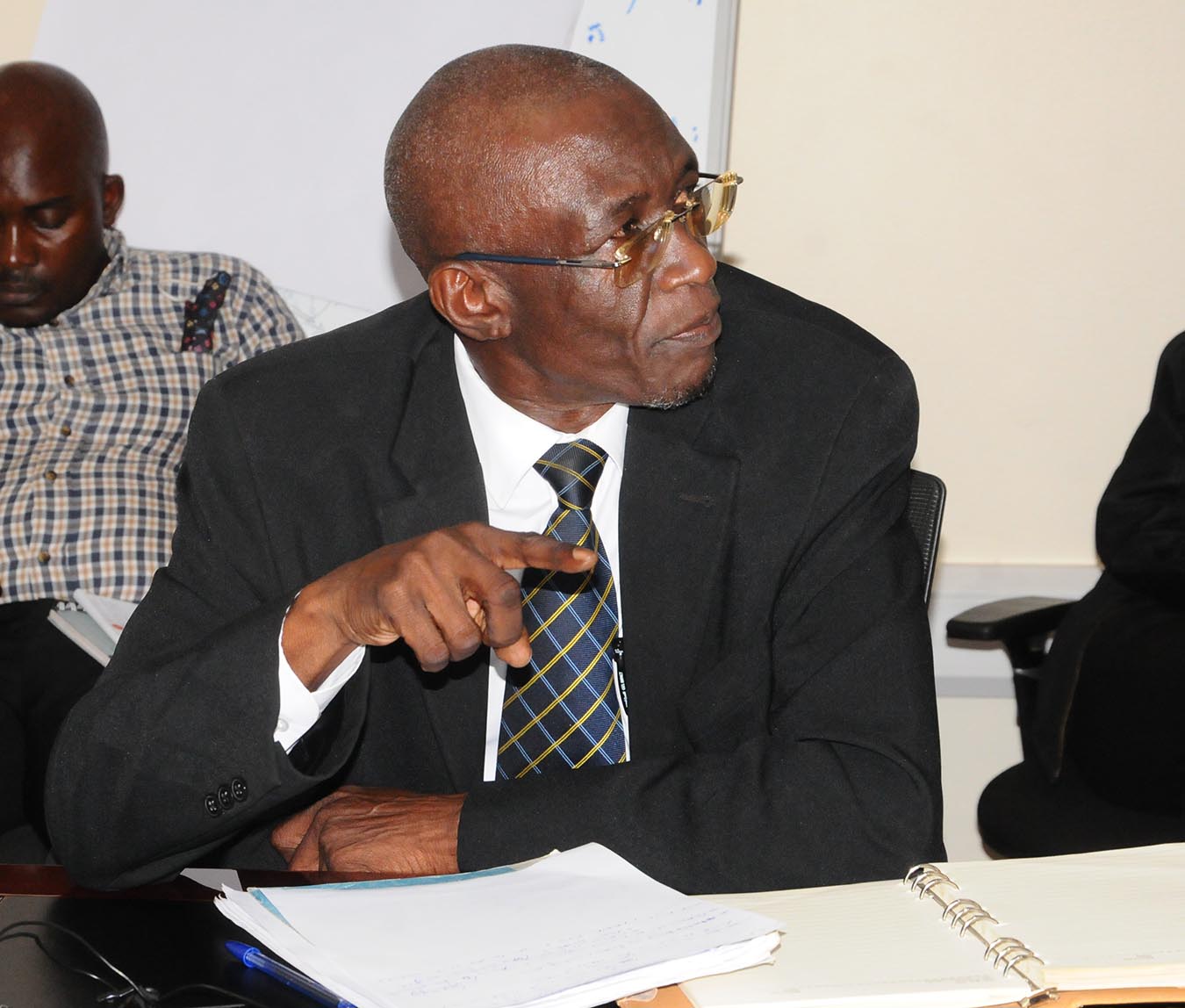 Responding to looming Trade-Based Money Laundering Michael Olupot-Tukei, the deputy director of Financial Intelligence Authority said that this is a vice at hand and is embedded in dodging systematic trade requirements.

He noted that such actions are brought about less monitoring of trade related transactions compared to others, digitalization of the economy, red flags-structural based indicators like (mass registration address, many third party intermediaries, miss-invoicing/under-invoicing, registration of an activity different from the actual one)

He cited that they are devising ways of making intelligence in this because it costs the country of foreign exchange.