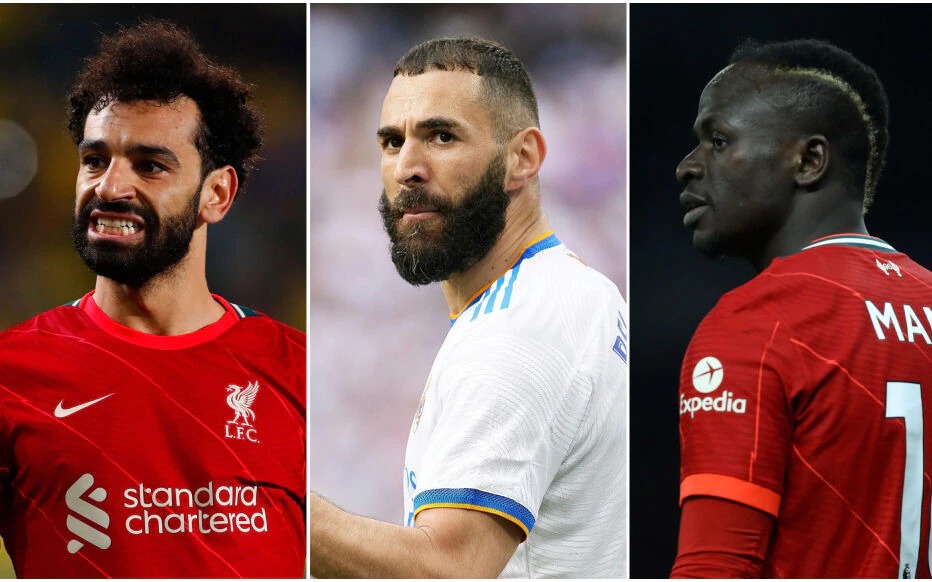 Ahead of the UEFA Champions league final next Saturday, the Ballon d’Or 2022 Favourites Raking has been upgraded with African stars Sadio Mane and Mohamed Salah sitting on top positions alongside Karim Benzema.

Despite losing the Premier League title on the penultimate matchday as Man City clinched their fourth in five years, Salah and Mane still have chances to win this year’s ballon d’or.

The Egyptian who ended the league being the Top scorer (23 goals) and with the most assist is now third on the favourites’ list.

On the other hand, Sadio Mane scored less than the Pharaoh but appeared to be decisive several times this year both for his country (Senegal) which he helped win their first-ever AFCON and for Liverpool especially towards the end of this season.

A Liverpool triumph in next Saturday’s Champions league final will boost their chances to win the highly-coveted award.

Riyad Mahrez is the third African player in this ranking.