Makerere, Kampala-Uganda: Mwebembezi Ronald who rely on support to get where he desires dine in glory at Makerere University 72nd Graduation. 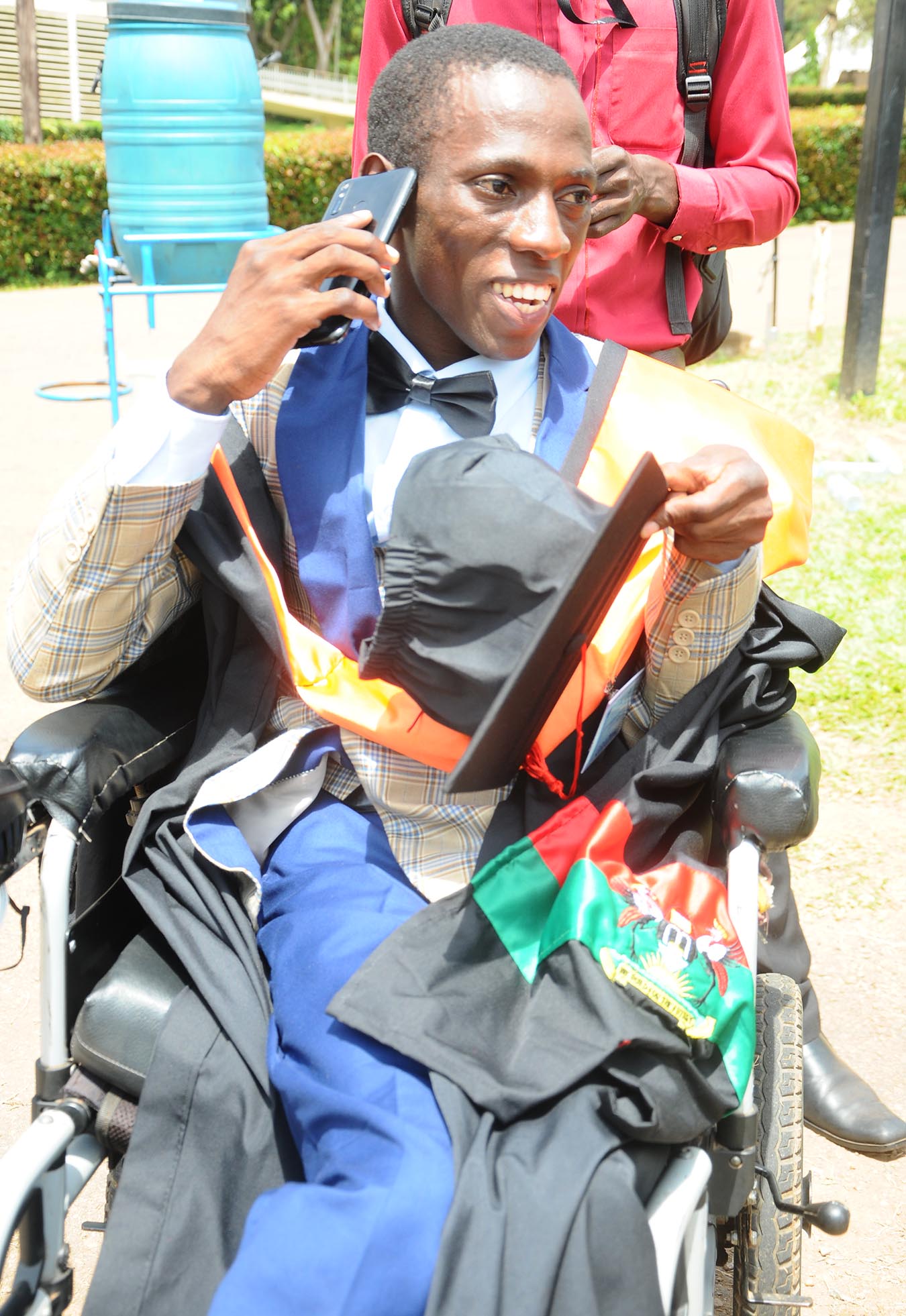 Mwebembezi Ronald seen encompassed with joy sharing with friends on phone about the historical moment of today. Photo by Julius Tukacungurwa.

It was immeasurable jubilations/joy for Ronald Mwebembezi and his parents at the Freedom square at Makerere University after he was awarded Bachelor’s degree in Arts with Education majoring in Literature and English with CGPA 3.16.

He went to Ishekye Primary school for primary education, St. John’s SS, Nyabwina for his O &A ‘Level education-all in Sheema district then Makerere University where he has attained his Bachelor’s degree.

He attained 19 Aggregates in Primary, 37 Aggregates at O’ level, and 13 points at A’ Level and got government sponsorship for University studies at Makerere University.

Around 1pm today I landed at the Freedom square little did I know that I would find Ronald and his parents at the major entrance. With their cheeks full of joy, I interacted with them and told me the following. 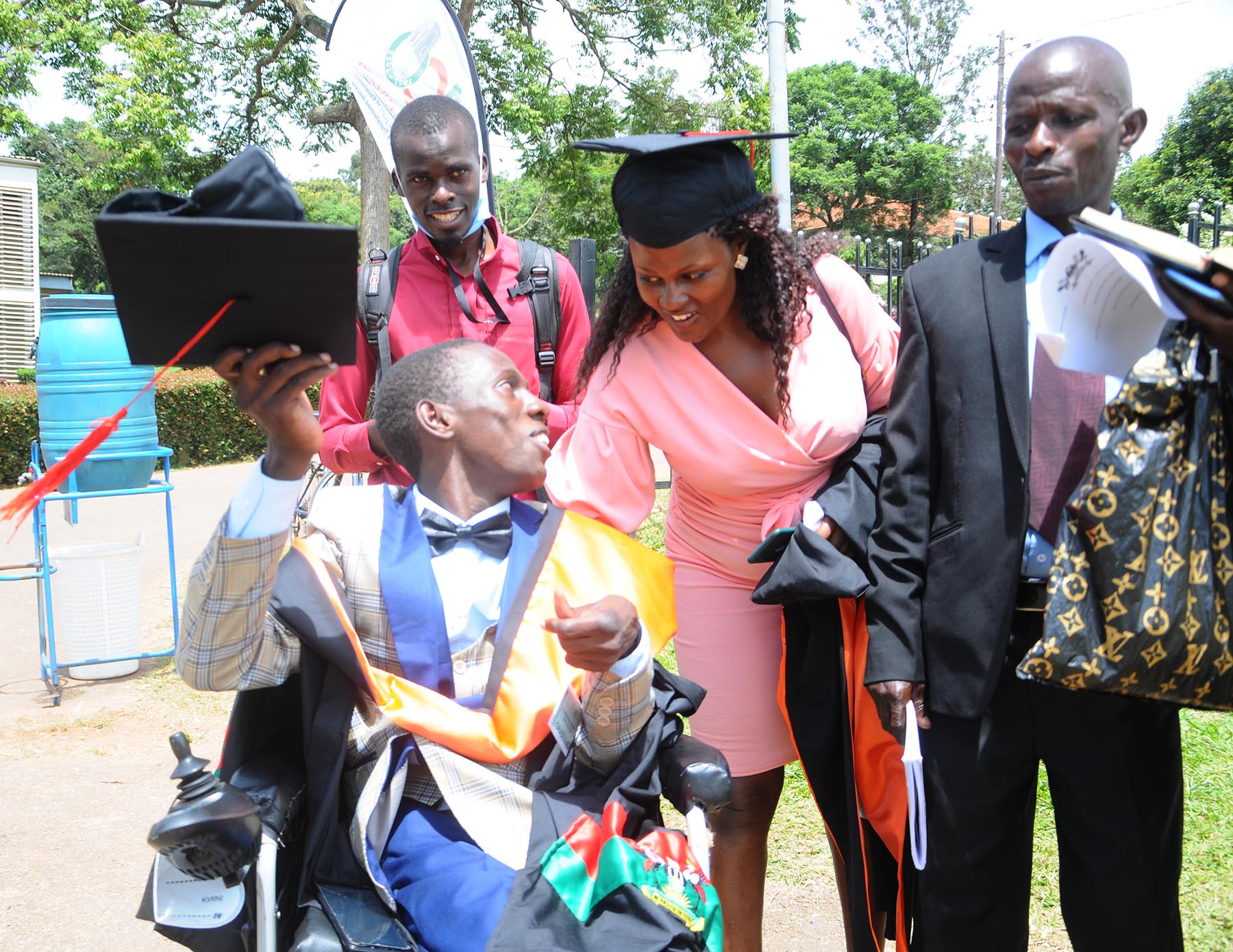 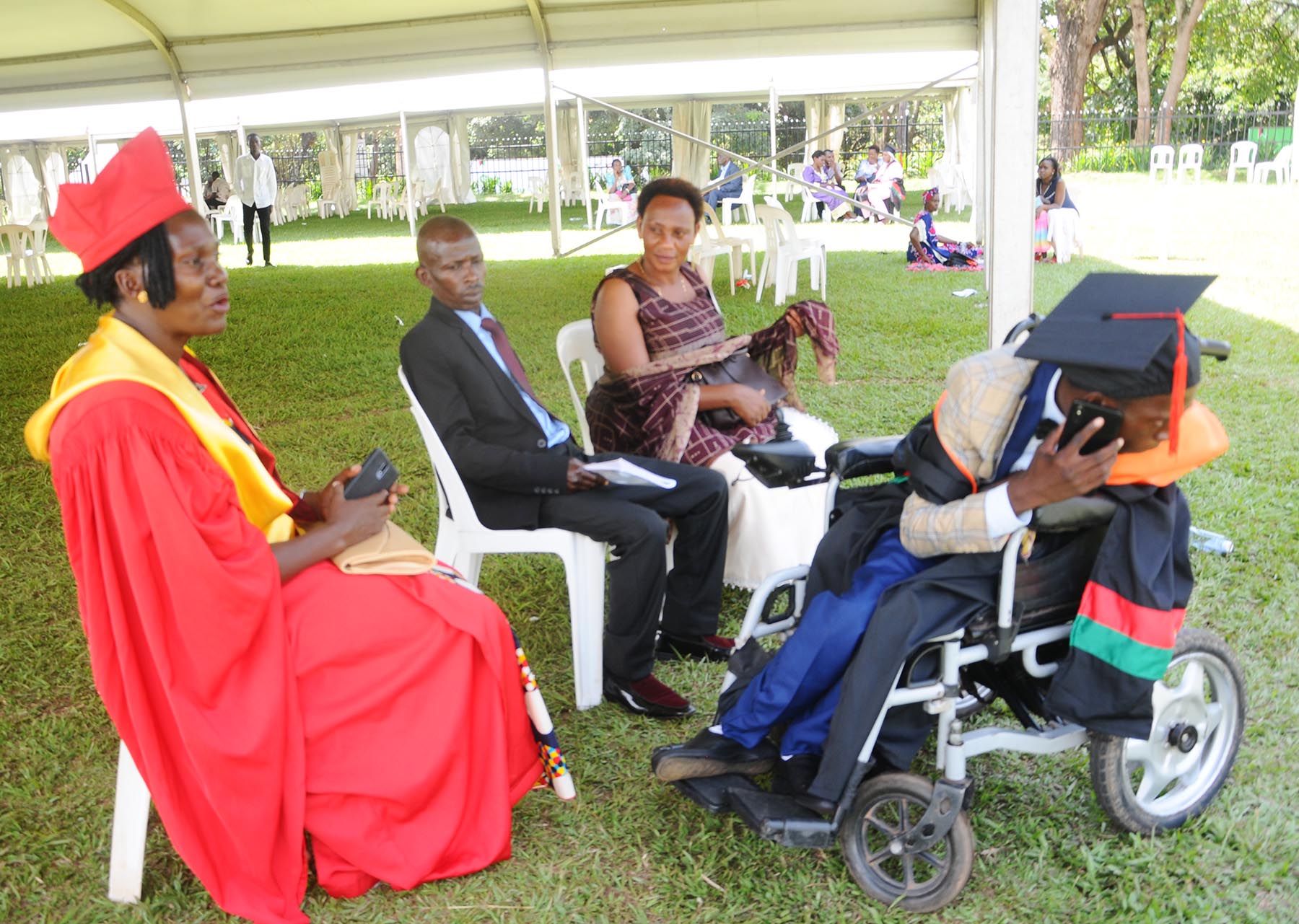 Parents chat with a lecturer who helped Ronald. Photo by Julius Mugaga Tukacungurwa.

Ronald told this News website that at his inception at Makerere University though he was on government sponsorship, found it hard to move at the same pace with fellows in all activities at the University but this did not demoralize him, decided to remain focused.

“I got friends who understood my situation and would help me whenever I could call them upon”. He said.

He narrated that, started feeling the university and education then was his ultimate goal. In so doing one his lecturers/lady at all-time became his best friend through guidance, empowerment and necessary care.

He went on to tell us that Covid-19 period was his worst period through his journey as students were asked to earn online which gave him hard time thereby declining in performance in those particular semesters but improved in the following ones.

Ronald added that the degree he has attained is a contribution of many people as starting from parents, lecturers and fellow students who didn’t consider my nature.

“Am looking forward for a job opportunity to dine since the hardest part is completed”. He remarked. 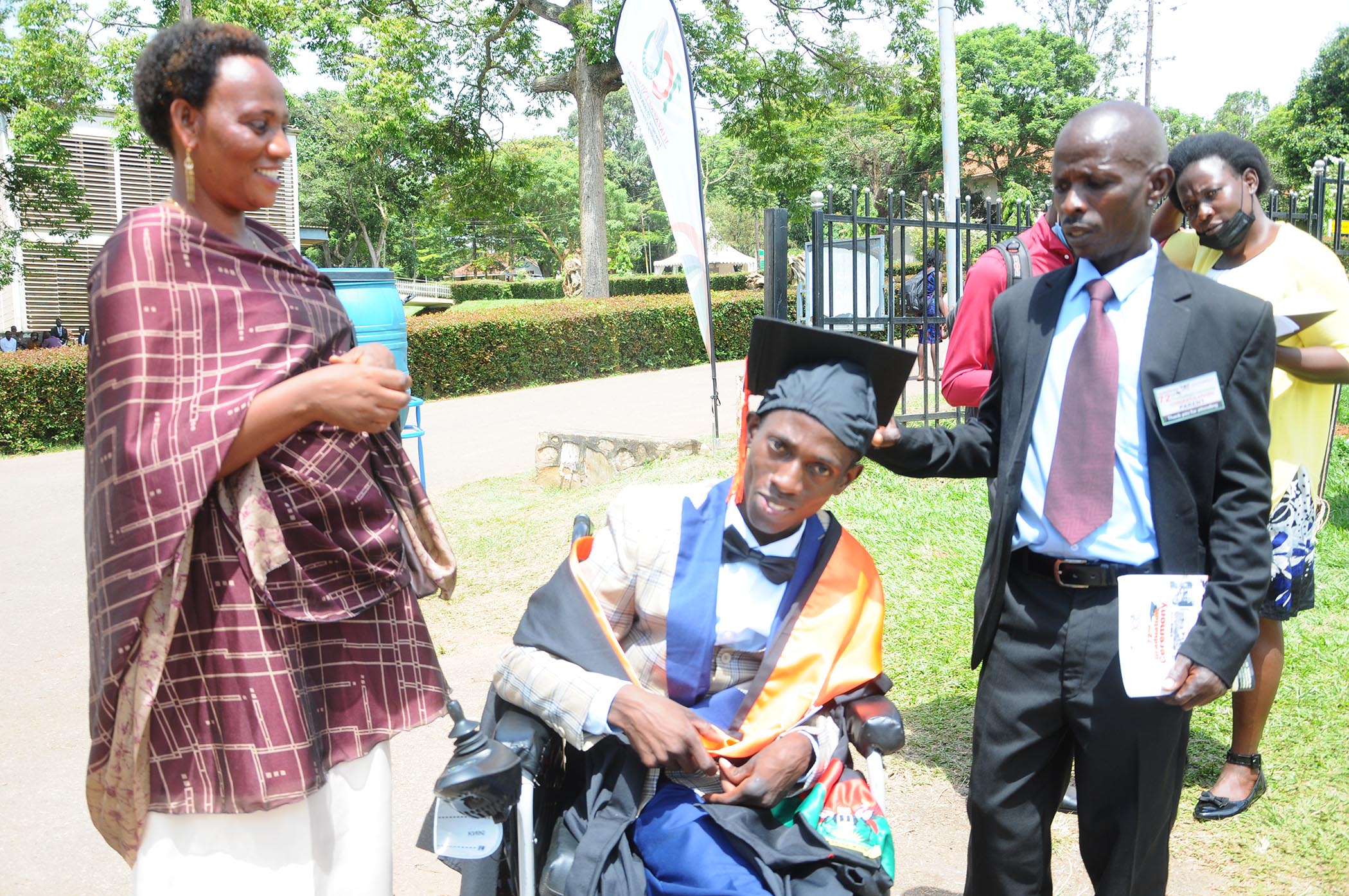 His parents, Tukahebwa Edward and wife residents of Sheema district in Western Uganda told this website that it has been unceasing commitment to see our son Ronald finally graduate which is a dream come true.

“We did not expect to reach such a glorious moment with our son who needed a lot of attention given his body nature but the Almighty who planned everyone’s destination has seen us through”. They remarked.

“Now that our son amidst all challenges has completed studies, we humbly seek for anyone who could have an opportunity like schools and other institutions to give him a placement that he can dine well in his profession as well satisfying his desires”. They added.