The U.S. women celebrate winning the World Cup in 2019 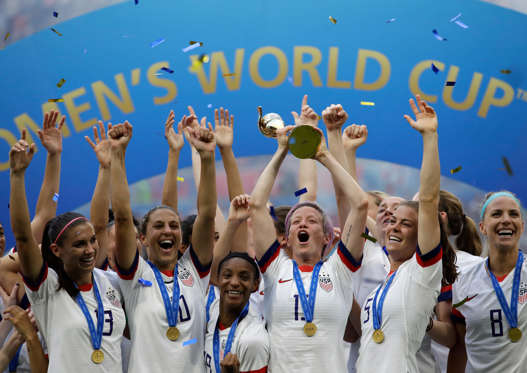 The new collective bargaining agreement that will pay U.S. Women’s National Team players the same as the U.S. men, including an equal split of World Cup prize money, sends a loud and clear message that the days of shortchanging women are over. Whether you are a lawyer, a teacher, a factory worker or a World Cup winning soccer player, you have the same value as any man, and should be treated accordingly.

“What we’ve done is a landmark in progress (toward) gender equity. We set a new standard of value for women in the workforce,” USWNT forward Midge Purce said Wednesday. “I don’t know when or how or where this will unfold or what it will trigger next. But I do think it will inspire a lot of individuals and groups to push further.”

From NFL plays to college sports scores, all the top sports news you need to know every day.

That was always the point.

Time and again, the USWNT players who sued U.S. Soccer for equal pay in 2019 said this fight wasn’t about them. It was to honor the work of the women who had come before them, and to create a better environment for the women who would come after them.

Mostly, though, it was to send a message to society overall that the days of shortchanging women are over.

SPORTS NEWSLETTER: Sign up now for daily updates sent to your inbox

It is still not enough for women to simply do the same job as men. They must generate the same profits and success as their male counterparts, or they are deemed less worthy. But that’s a rigged game. Men have had such a head start that women have to work harder just to catch up.

In fighting the USWNT’s equal pay demands, U.S. Soccer at one point made the argument that the women had made slightly more than their male counterparts. Sure. But that only happened because the USWNT won two World Cups during a time when the U.S. Men’s National Team didn’t even qualify for the men’s event.

They had to play, and win, more games just to achieve parity. That’s not equality, and it sure as hell isn’t fair.

By refusing to settle for less than their worth, the USWNT said they would no longer accept the double standards imposed on them by U.S. Soccer’s old boys club. If they were going to do the same work as the USMNT, they needed to be paid the same, too.

That’s a message that will resonate far beyond sports. When a group as prominent and admired as the USWNT shows that they can command the respect they deserve, others will follow their lead.

“I hope this can serve as a touchpoint for people and that they can look back and say, ‘Oh, they did this,’ ” said Becca Roux, executive director of the USWNT Players Association.

“There is a lack of recognition in the marketplace for what value women have,” Roux added. “What if we just say, ‘It’s all equal,’ and then see what happens? Versus what we’ve always done and continue to perpetuate decades and centuries of misogyny.”

Progress does not come easily or quickly. But when it is finally achieved, it establishes a new foundation. Equality is now the starting point for the USWNT, rather than the end goal.

“I’ve been in this equal pay fight for over 20 years, first as a player and now with U.S. Soccer,” said Cindy Parlow Cone, who played on the team that won the 1999 World Cup and is now president of the federation.

“I don’t know that we know the full ramifications of this,” she said. “My hope is that now, when others are going through this, they have something to point to.”

It’s often said that you cannot be what you cannot see. The USWNT’s new contract  will forever show that equality is possible, and that is a victory for women everywhere. 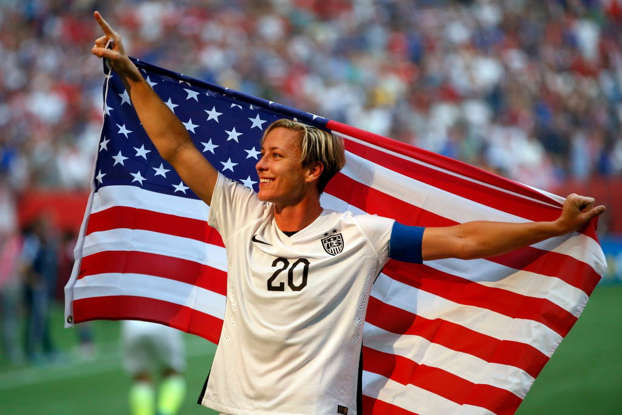