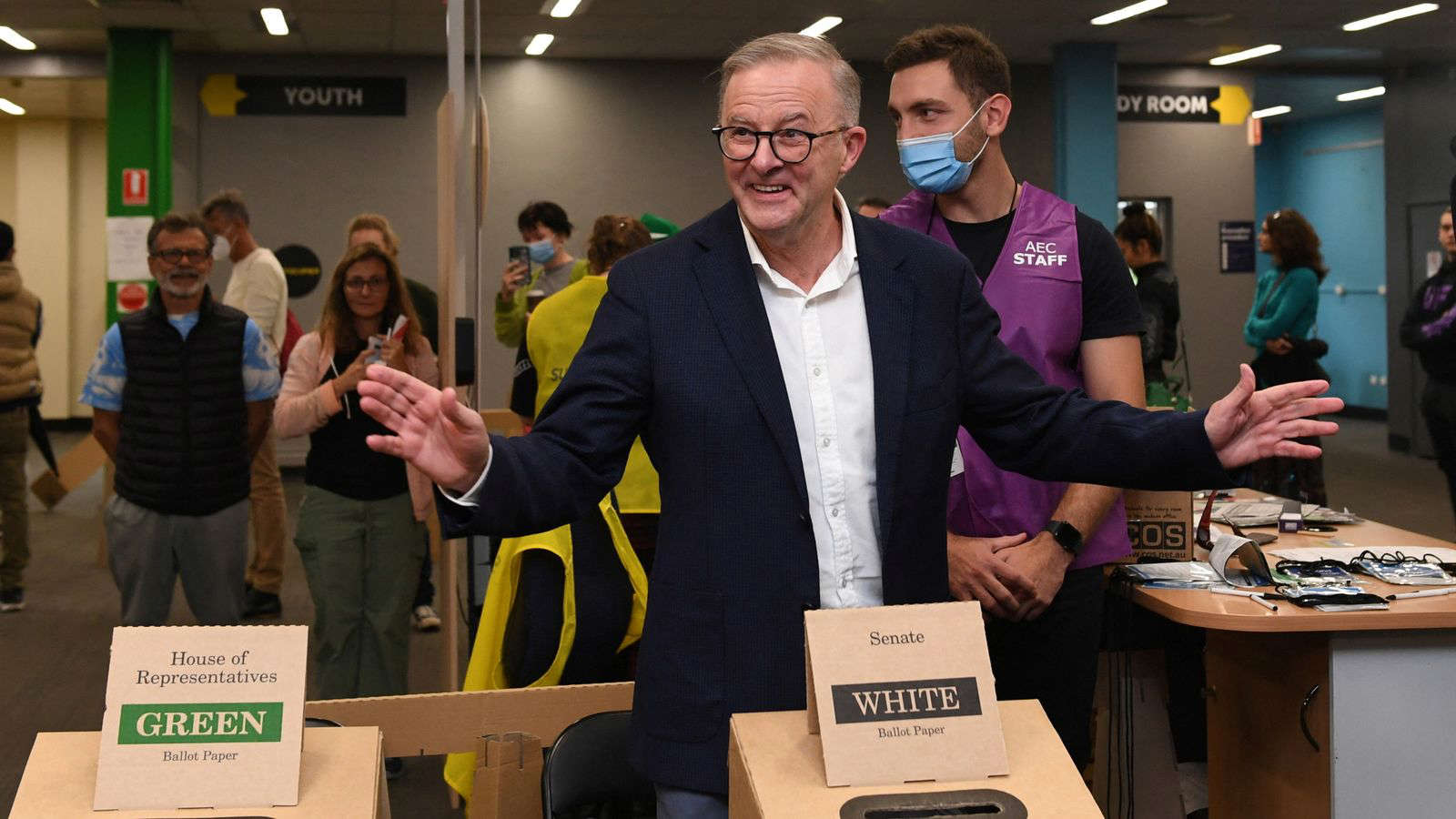 Australia’s Labor Party is power for the first time since 2007, after Scott Morrison conceded defeat ending almost a decade of conservative rule.

Opposition leader Anthony Albanese is set to become prime minister, although he currently remains just shy of the 76 seats needed to form a government.

As such he may have to rely on the support of smaller independent parties, including the Greens or so-called “teal independents”, who campaigned on policies of integrity, equality and tackling climate change.

Their strong showing at the polls means the makeup of the new parliament looks set to be much less climate-sceptic than the one that supported Morrison’s pro-coal mining administration.

Final results could take some time as counting of a record number of postal votes is completed.

Conceding defeat in Sydney, Mr Morrison said: “Tonight I have spoken to the leader of the opposition and the incoming prime minister, Anthony Albanese, and I’ve congratulated him on his election victory this evening.”

Mr Morrison also said he would stand down as leader of the Liberal party.

His capitulation ends eight years and nine months in power for the conservative coalition.

Congratulating Mr Albanese on his election as prime minister, Boris Johnson said: “Our countries have a long history and a bright future together.

“As thriving likeminded democracies we work every day to make the world a better, safer, greener and more prosperous place.”

Highlighting the “unmatched closeness” between the two nations, he said that “the only distance between us is geographical”.

“I look forward to working with Prime Minister Albanese in the weeks, months and years ahead as, together, we tackle shared challenges and demonstrate the importance of our shared values,” Mr Johnson added.