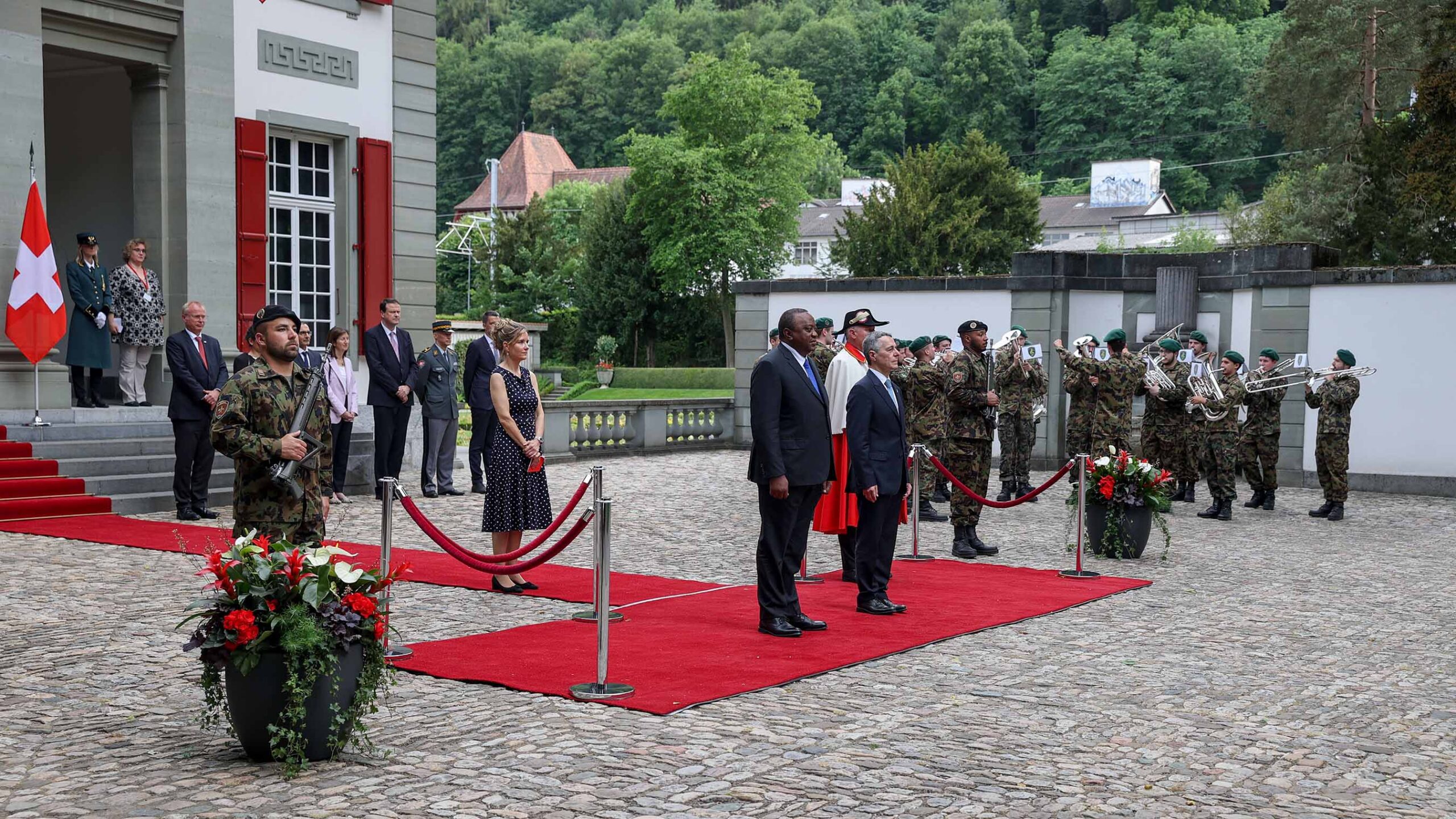 Speaking in Bern at the start of his official visit to Switzerland, the first by a Kenyan Head of State, President Kenyatta said the visit demonstrated Kenya’s desire to reinvigorate the long-standing trade, economic and investment ties between the two countries.

At a one-on-one meeting with President Ignazio Cassis of the Swiss Confederation, President Kenyatta reiterated that Kenya remains the investment destination of choice in the East and Central African region. 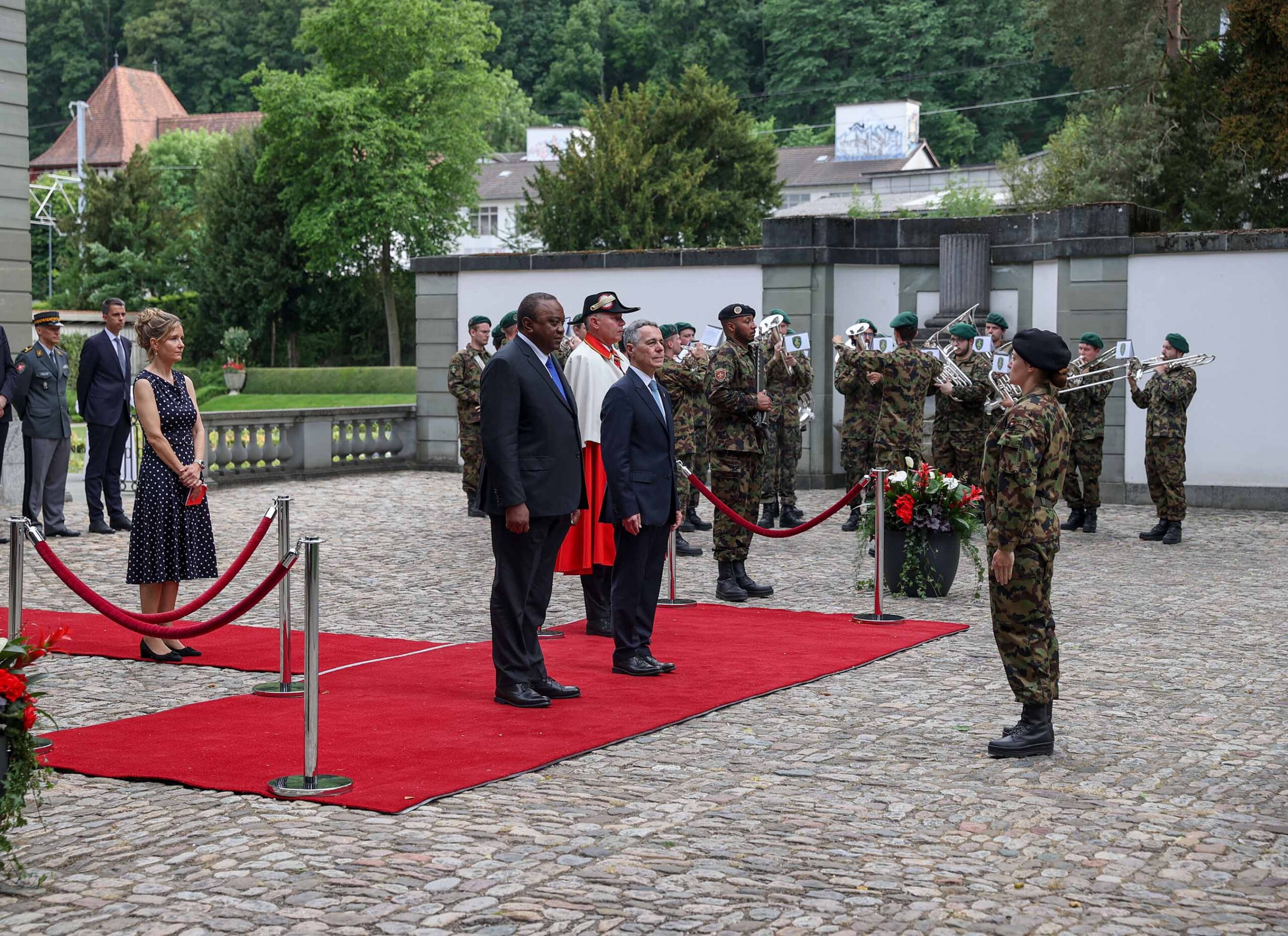 Recalling that during the official visit by the then Swiss President Alain Berset in 2018 several Swiss companies expressed interest to invest in Kenya, President Kenyatta said he was glad that most of those companies have since finalized plans to establish their presence in the country. 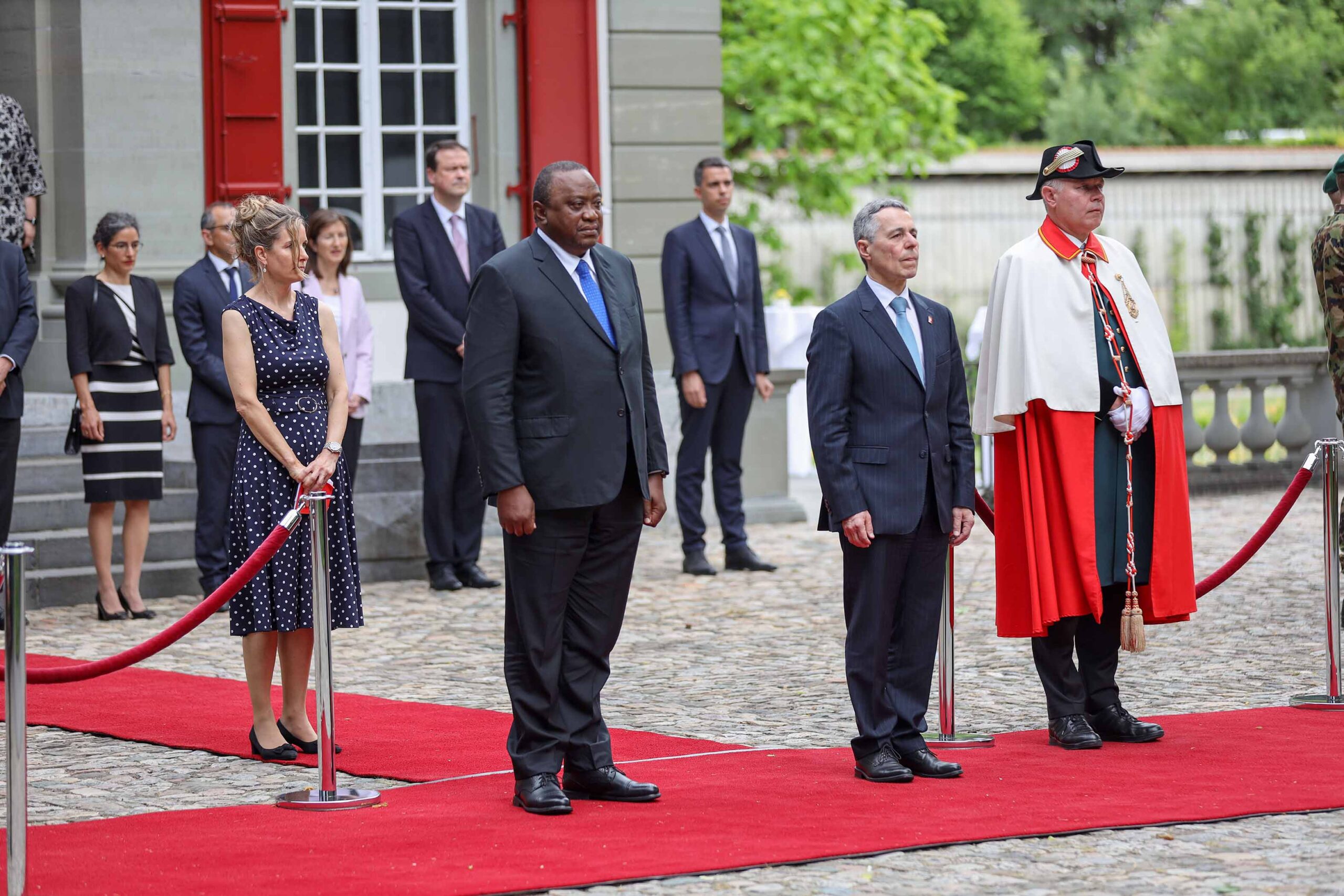 Some of the areas the Swiss companies have interest in include pharmaceuticals, textile, agro-processing, hospitality, Fintech, Information Communication Technology (ICT), industrial parts and machinery. 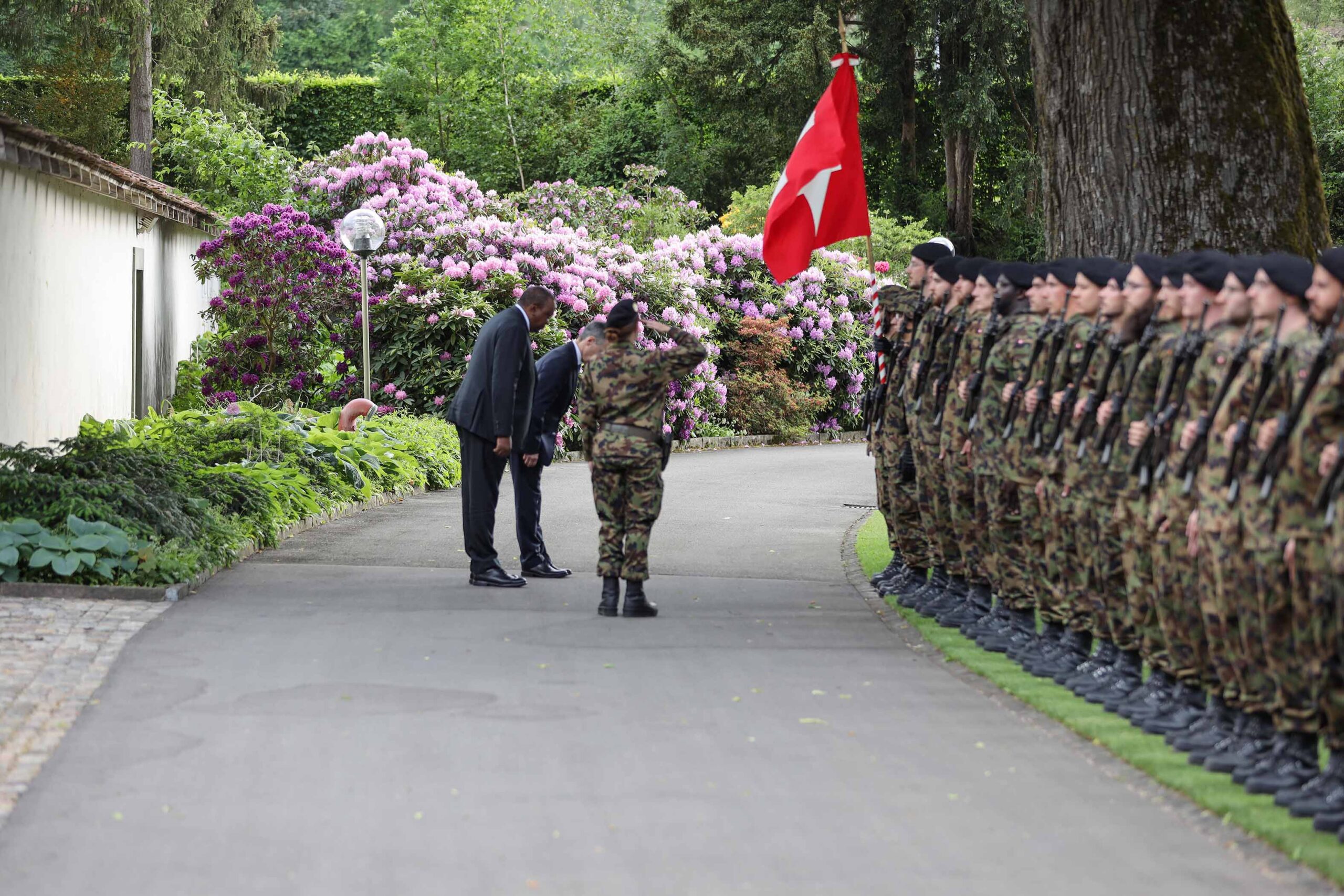 The two leaders also discussed the tourism sector where President Kenyatta stressed the need to encourage people-to-people exchanges among the citizens of the two nations.

The Head of State also reaffirmed Kenya’s commitment to the principles of the framework for the Return of Assets from Corruption and Crime in Kenya (FRACCK) that was agreed and signed by the Governments of Kenya, Switzerland, the United Kingdom and Jersey. 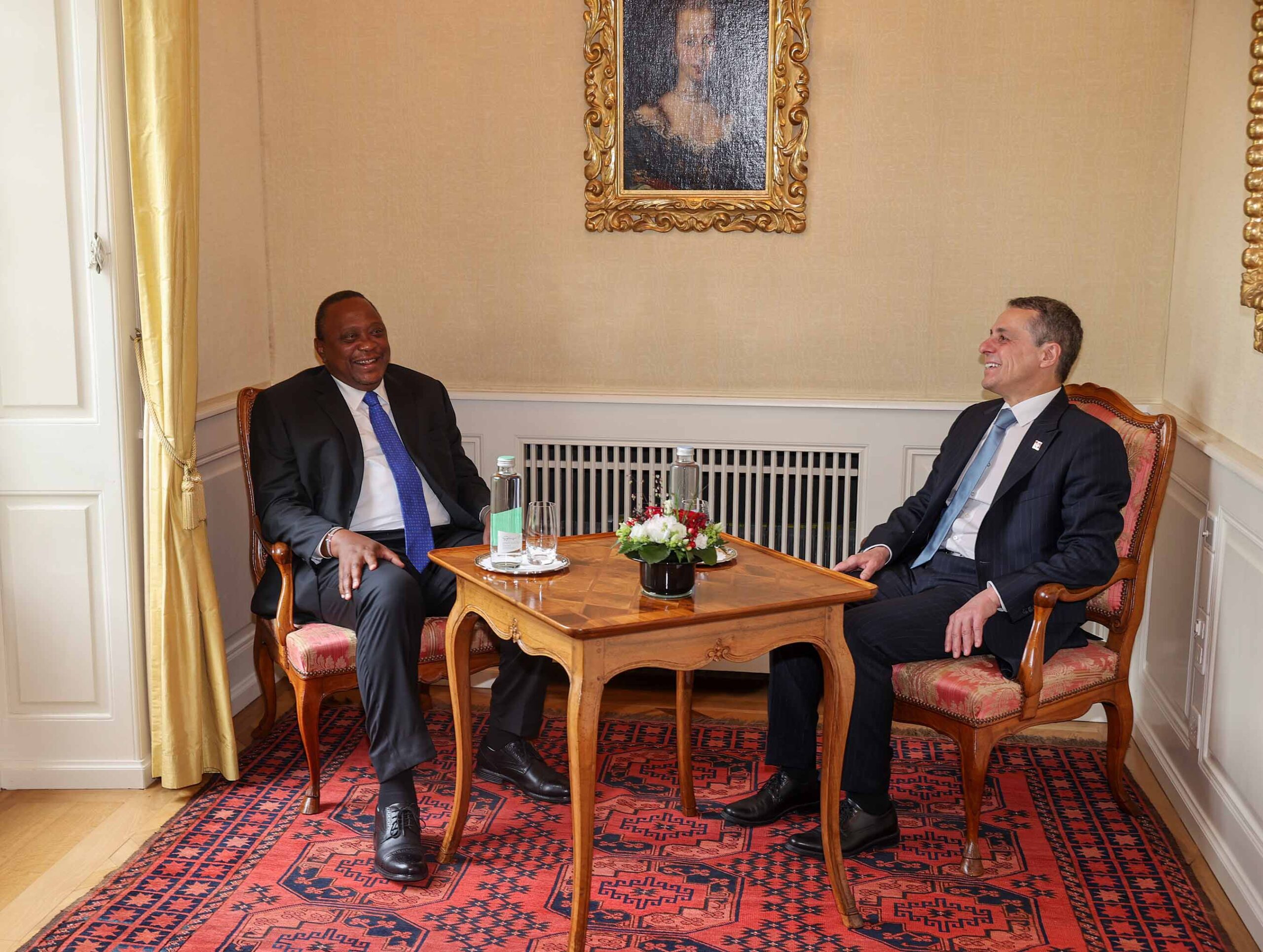 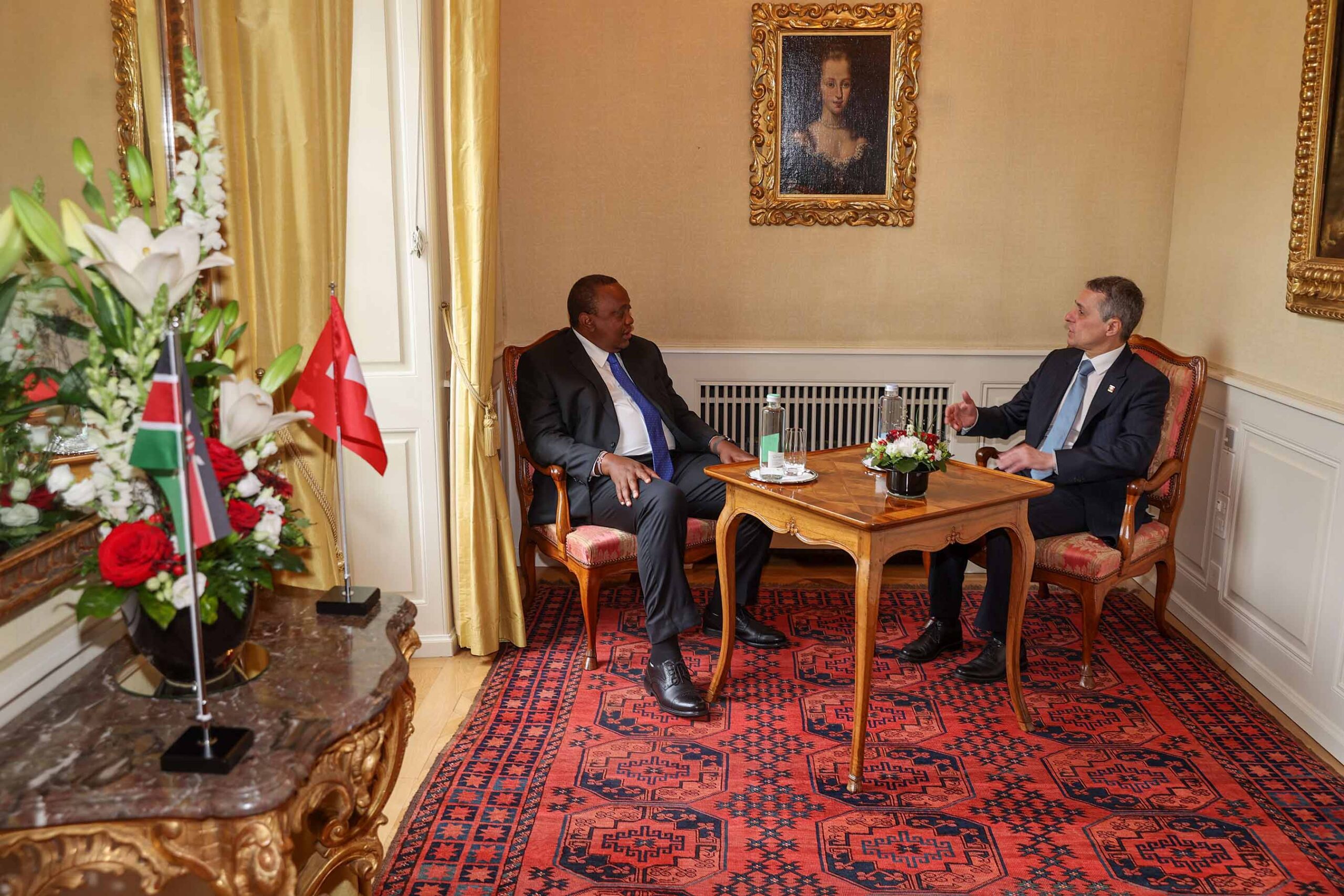 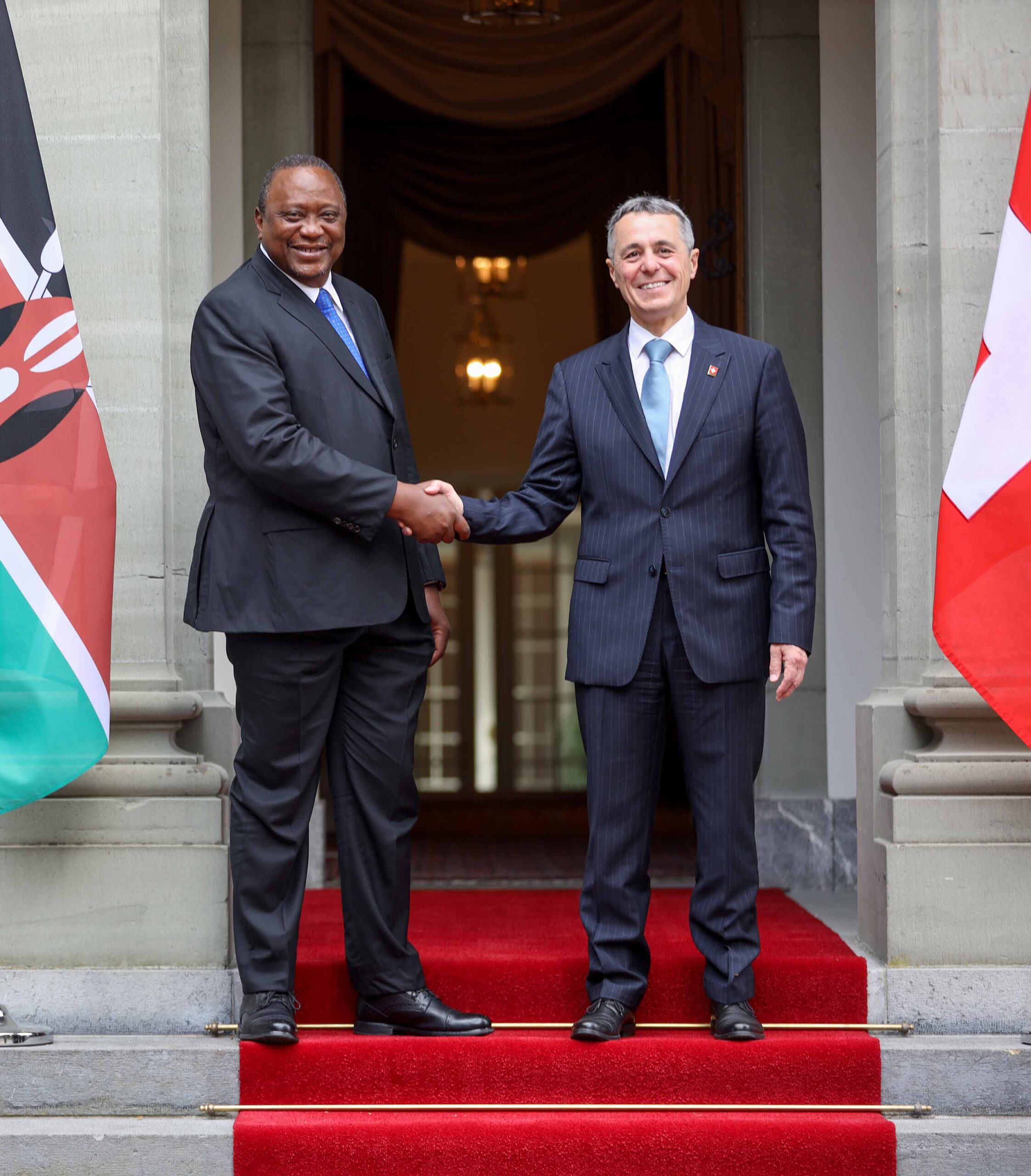 At the meeting, it was observed that a sum of USD 2 million held by the Swiss Government, being proceeds of corrupt activities, was yet to be restituted to Kenya due to the condition that the ongoing court cases on the same must be concluded.

President Kenyatta and President Ignazio Cassis agreed that the Governments of Kenya and Switzerland will work together to expeditiously conclude the process of repatriation of the funds. The two leaders also emphasized the need to demonstrate that crime does not pay.

President Kenyatta and President Ignazio Cassis also signed a Letter of Intent to cooperate on research and science. The Letter of Intent builds on the Agreement on Training Cooperation for International Peace Missions signed on October 13 last year to further strengthen cooperation on training for international peace missions.

At the multilateral level, President Kenyatta welcomed the partnership between the two countries in the advancement of international peace and security.

Speaking earlier when he commissioned the Kenyan Chancery in the Swiss capital of Bern, President Kenyatta urged Swiss manufacturing companies to increase their foothold in Kenya by expanding and diversifying their manufacturing capacities.

The President said Kenya is an attractive destination for investments and trade given its position as a gateway Eastern and Central African region, adding that the Swiss companies also stood to benefit from the huge market provided by the African Continental Free Trade Area (AfCFTA) agreement.

“We have some companies firmly established in Kenya and now we can help them grow through the free trade agreement.

“By using Kenya as a manufacturing base they can create jobs, exchange expertise in many different areas. So I believe the potential is tremendous and I think there’s a lot of work ahead of us,” President Kenyatta said.

The President expressed the need for Kenya and Switzerland to explore more areas of cooperation and particularly called on Nairobi-based Swiss companies that manufacture health products to increase and diversify their products to cater to the region’s health needs.

“One of the things I am happy to see is if we can increase our partnership, especially in the health sector. I think again there’s plenty of room for growth. The Covid-19 pandemic has shown us that there’s no such thing as national diseases anymore,” he said.

The President further said the two countries needed to bolster their partnership in the health sector, noting that the Covid-19 pandemic has proved to the world the necessity of working together to tackle health challenges.

On tourism, President Kenyatta recalled that in the 70’s Kenya used to receive about 130,000 tourists from Switzerland but the number has continued to decline.

In this regard, the President said the restoration of direct flights between the two nations would help to increase the number of Swiss tourists visiting Kenya.

He also expressed the need for the two countries to continue partnering at the multilateral level, saying as anchors of peace in their respective regions they should work on a common front and become voices of reason as the world gets more polarized.

“Also at the multilateral level, I think we have taken common positions on a lot of issues and I think this is something we can continue,” the President said.

President Kenyatta also emphasized that Kenya and Switzerland needed to exploit their potential for the benefit of their citizens.

The Head of State noted that through innovation, Kenya and Switzerland have been able to grow their economies with minimal natural resources.

“We have used our human capacity to be able to become major economic centres. And there is a lot of areas that we can cooperate in,” he said.

Kenyan Ambassador to Switzerland Andrew Kihuran said the new Chancery, established at the height of the Covid-19 pandemic, has been working hard to promote opportunities for trade and investments by holding meetings with various stakeholders.

He pointed out that the new Chancery is ready to push for Kenya’s interests, pointing out that the Embassy was instrumental in the development of Swiss Sub-Saharan Strategy of 2021 – 2024. 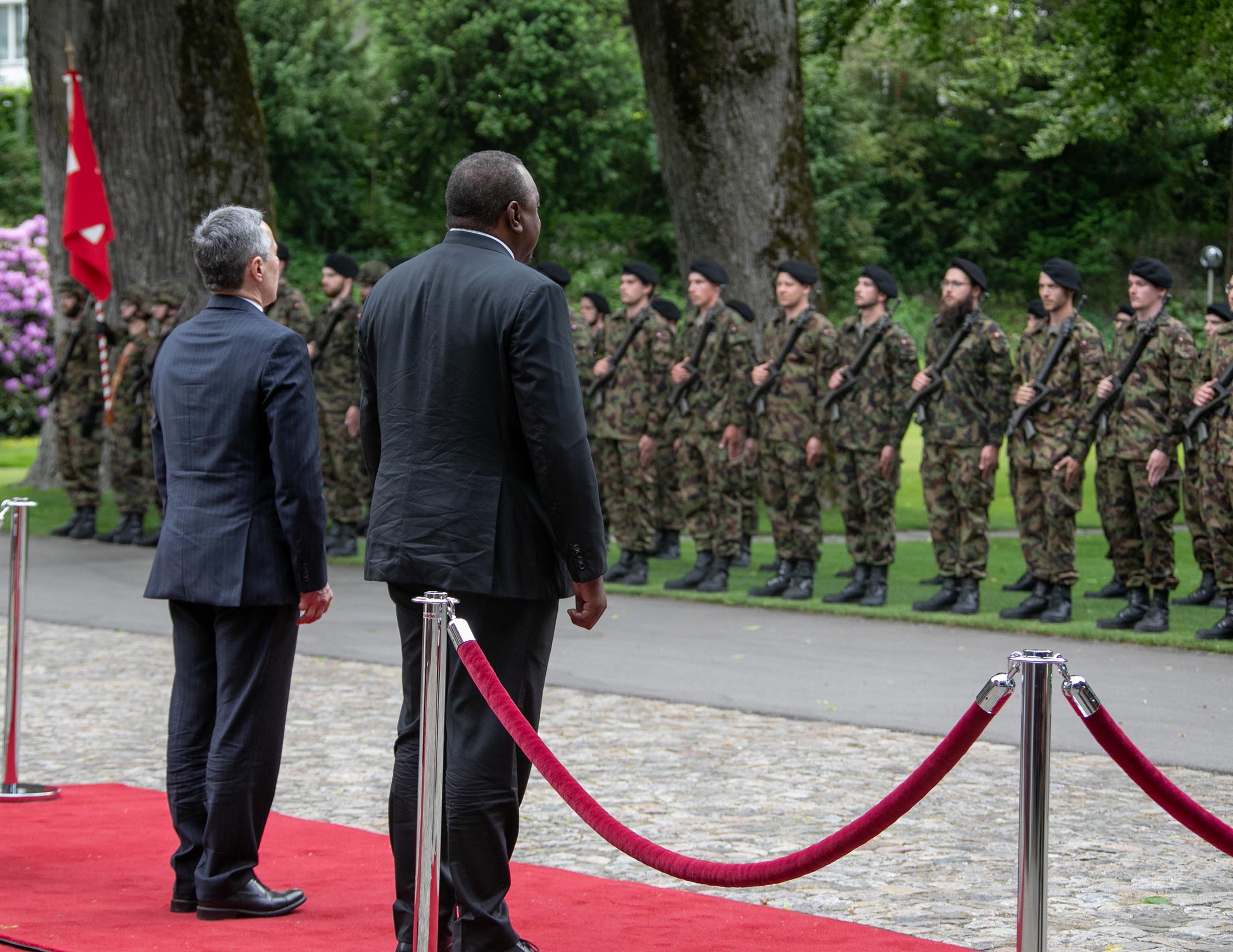 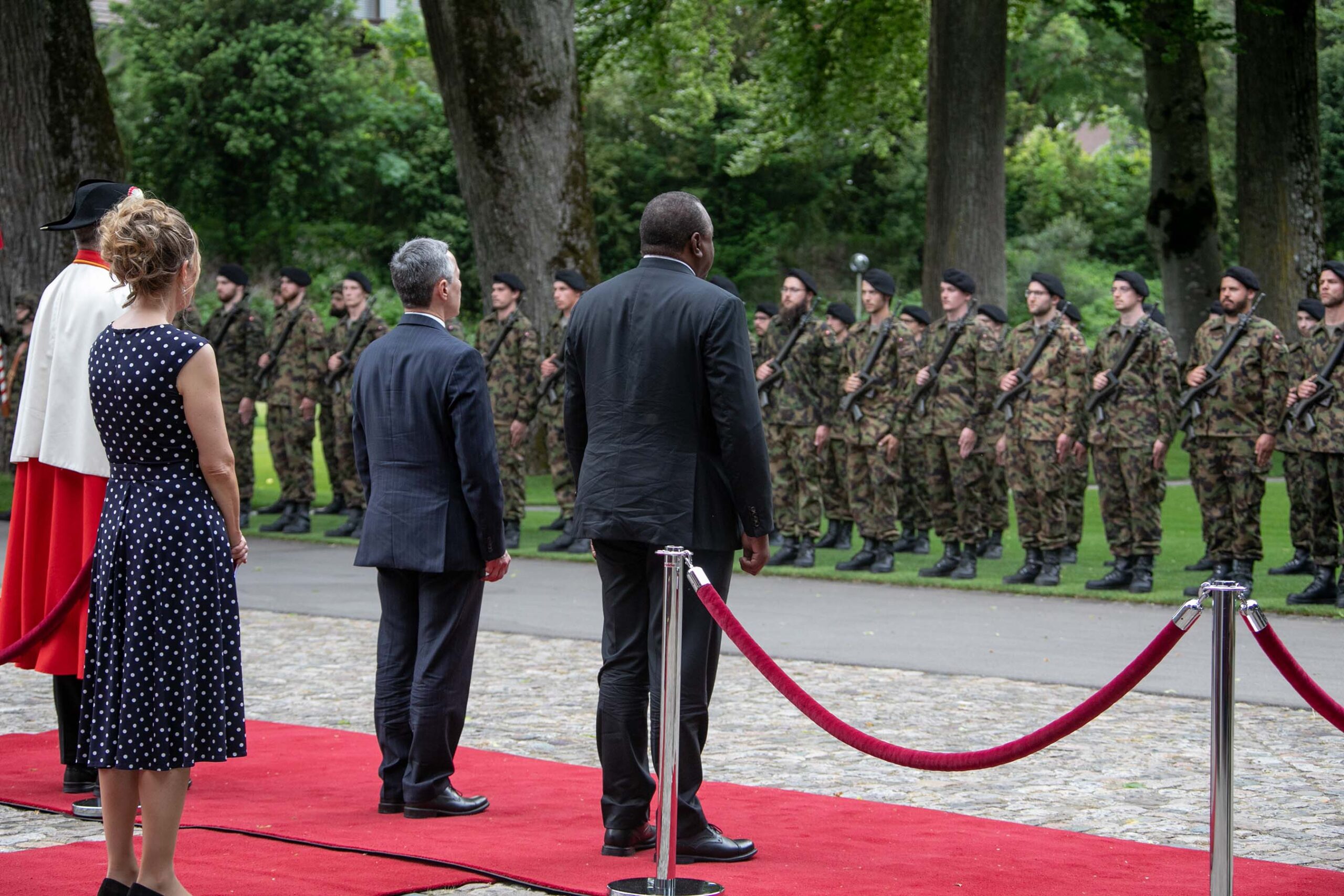 “On the economic scene, we have explored opportunities for trade and investment through meetings with the chamber of commerce and industry and participation in trade exhibitions organized by the Swiss-Africa business circle,” he said.

The Swiss Ambassador to Kenya, Valentin Zellweger, who spoke at the event said the new Chancery will go along way in enhancing relations between the two countries, pointing out that Kenya is  an important partner in the Sub-Saharan Strategy of 2021-2024.