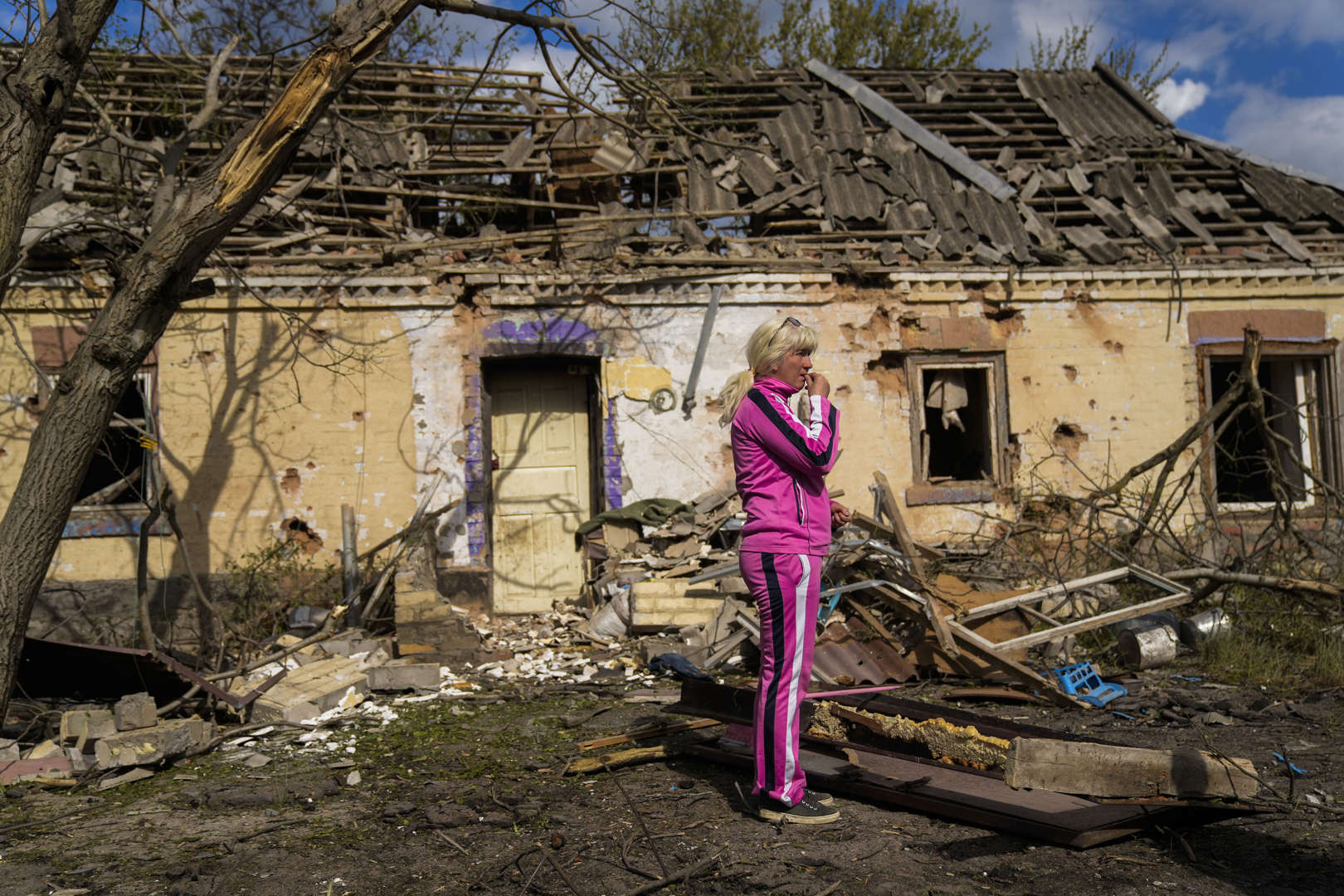 VELYKA KOSTROMKA, Ukraine (AP) — The explosions started in the middle of the night, shaking the house to its foundations. Roof timbers splintered and windows shattered, sending shards of glass hurtling above three sleeping children into the opposite wall.

It was around 2 a.m. and Iryna Martsyniuk had stayed up late watching a video on her computer while her children slept. She didn’t know what was hitting her house —- mortars, rockets or missiles. All she knew was that, in the dead of night, everything was exploding.

It wasn’t the first time the Ukrainian village of Velyka Kostromka, just a few kilometers (miles) from the southern front line in the war in Ukraine, was being hit. But Thursday’s early morning attack was the most intense and most widespread.

© Provided by Associated PressIryna Martsyniuk, 50, collects belongings from her house, heavily damaged after a Russian bombing in Velyka Kostromka village, Ukraine, Thursday, May 19, 2022. Martsyniuk and her three young children were at home when the attack occurred in the village, a few kilometres from the front lines, but they all survived unharmed. (AP Photo/Francisco Seco)

Around 20 houses were damaged, including three irreparably, and two people were lightly injured, said Olha Shaytanova, the head of the village. Later in the day, explosives experts blew up at least one undetonated device they found embedded in a field. Remnants of other devices lay scattered in the village.

Locals picked up jagged pieces of shrapnel. A farmer raked over a small crater left by an explosion in his potato field.

© Provided by Associated PressA child’s drawing lays on the floor of Iryna Martsyniuk’s home, heavily damaged after a Russian bombing in Velyka Kostromka village, Ukraine, Thursday, May 19, 2022. Martsyniuk and her three young children were at home when the attack occurred in the village, a few kilometres from the front lines, but they all survived unharmed. (AP Photo/Francisco Seco)

In Martsyniuk’s home, an initial blast woke up the children. In tears, 7-year-old Maksym hid under his blanket. His twin sister Karyna and their 6-year-old brother Sasha clasped their mother in terror as she tried to calm them.

“Then it all started,” said Martsyniuk. “There were flashes everywhere. The windows smashed, there was smoke everywhere.”

The roof splintered and collapsed but the ceiling above their heads held fast.

She grabbed the children and ran toward the home’s entrance. “But the corridor wasn’t there anymore. Instead, we saw the starry night.”

In Ukraine, surviving when your home is blasted (msn.com)