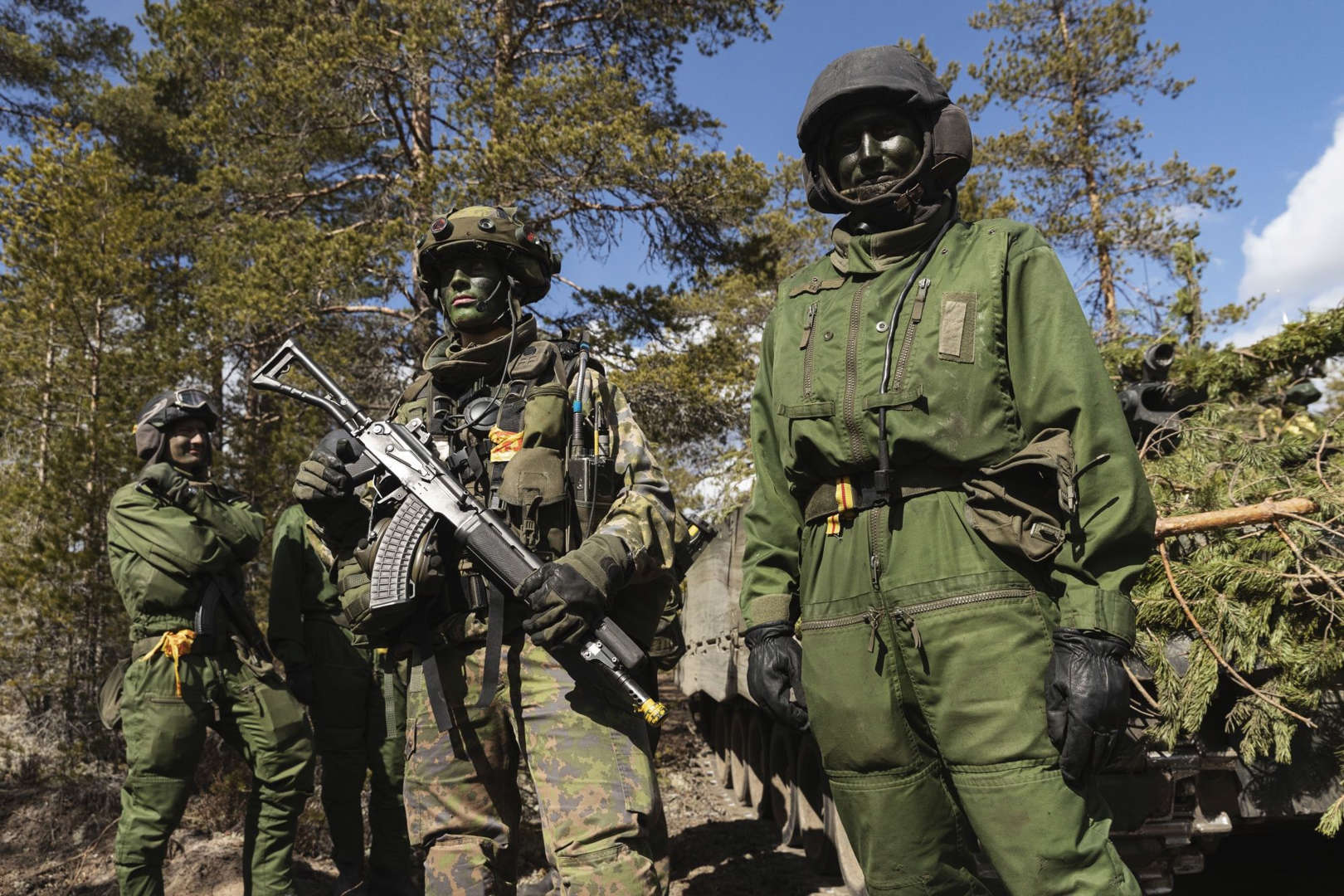 Leaders in Finland and Sweden pushed ahead this week with plans to join the NATO alliance, yet another sign of continued anxiety that Russia’s war in Ukraine could spread to other European countries. This concern is readily apparent in Estonia, Latvia and Lithuania — three NATO members often referred to collectively as the Baltic states.

How do the Baltic nations view Russia? Although these countries are often portrayed as a bloc, our research suggests significant differences in opinions about national security issues, among and within the three countries. Our new survey found varying perceptions of the threat from Russia and views regarding NATO.

Like Ukraine, the Baltic states were part of the Soviet Union after Moscow annexed the three countries during World War II. Regaining independence during the collapse of the U.S.S.R., these three strategically vulnerable countries — they border Russia and are small in size and population — quickly sought membership in NATO and formally joined the alliance in 2004. The alliance established an air policing capability for the Baltics and later added ground troops to enhance defenses.

To assess how residents of the Baltic states feel about their current relationship with Russia and NATO, we coordinated with Kantar Emor, a data and consulting firm based in Estonia, to conduct nationally representative online surveys with about 1,300 subjects in Estonia and 1,000 each in Latvia and Lithuania in late March and early April. Our survey partner conducted opt-in online panels and set daily quotas on demographic characteristics. The data are weighted in the process of generating the nationally representative sample to achieve as close a match as possible of the sample values to population values.

Both Estonia and Latvia have large numbers of ethnic Russians (about one-quarter of their total populations), so we broke out the respondents by language preference and used this as a surrogate for ethnic identity. In Lithuania, given the small Russian minority, we did not differentiate between majority and minority language speakers in that country.

We asked respondents about a range of threats to their countries, including economic instability, corruption, covid-19, climate change, China and Russia. More survey participants in Estonia (71 percent) and Lithuania (66 percent) identified Russia as a threat than any other potential risk, we discovered.

By contrast, in Latvia, economic concerns (71 percent) and corruption (67 percent) ranked higher than fears about Russia (53 percent). But for Latvian speakers, 72 percent saw Russia as the main threat. For Russian speakers in both Estonia (68 percent) and Latvia (84 percent), economic instability was the topic of greatest concern.

Is NATO vital to security?

Majorities in all three Baltic countries endorse an even larger NATO presence on their territory, we found. At the national level, Estonia and Lithuania show overwhelming support — over three-quarters strongly or somewhat favor having more NATO troops.

A lower percentage of respondents in Latvia (59 percent) supported an increased NATO presence. Russian speakers in Estonia and Latvia are far less likely (34 percent and 20 percent, respectively) to endorse a greater NATO posture than Estonian (89 percent) or Latvian (80 percent) speakers.

While respondents trusted that NATO would come to their defense, confidence was lowest in Latvia and among Russian speakers. In Lithuania, 67 percent of survey respondents indicated that they were somewhat or completely confident that NATO would respond to an attack on their territory. Confidence levels were lower in Estonia (61 percent) — and much lower in Latvia (50 percent).

In Ukraine, ordinary Ukrainians quickly volunteered to fight, or provide logistical support and otherwise contribute to the defense effort. How would people in the Baltic countries respond to an invasion of their territory?

We asked participants to identify what they would do if their country came under attack: donate money, provide logistical support, volunteer for a militia or enlist in the military. Many respondents indicated that they would take none of these actions (36 percent in Estonia, 41 percent in Lithuania and 53 percent in Latvia).

We also asked respondents to consider what they would do if the threat drew closer with an attack on the country, one their town, and one that touched their family and friends. People were generally more likely to take action as the threat was more personal. For example, 24 percent of Estonian speakers said they would volunteer for a militia to defend the country, but that grew to 32 percent when it was to defend their town, and to 43 percent when it was to defend family and friends. By comparison, in a February poll just before the full-scale Russian invasion, 37 percent of Ukrainians said that they would be willing to put up armed resistance against a Russian invasion in their area.

What do these findings suggest, given the geopolitical context of the Baltic states? These three countries remain enmeshed in the long-term strategic dynamic between Russia and NATO — but are also home to many Russian speakers, with generally good relations among all ethnic groups.

Indeed, NATO members display a range of attitudes toward the alliance. U.S. citizens, for instance, have considerably lower approval ratings for the alliance than we see in the Baltics. But NATO members, including the Baltic states, have responded to Russia’s war against Ukraine by providing extensive support — though Ukraine is not a NATO member.

In the Baltics, while people see Russia as a threat and want a stronger NATO presence, support for the alliance isn’t absolute. Our research reveals differences across populations, signaling potential challenges — especially from Russian disinformation campaigns. These views may become critical for U.S. and European allies to address, given the looming possibility of expanded Russian aggression.

The authors acknowledge support from the U.S. Department of Defense Minerva Research Initiative administered by the Office of Naval Research (N00014-19-1-2456). They also thank Geir Flikke and researchers at the VALREF Project (Norwegian Research Council Project 301249) and Mason Moseley for sharing survey questions. The views expressed here are solely those of the authors.

The Baltic states are also worried about Russia (msn.com)