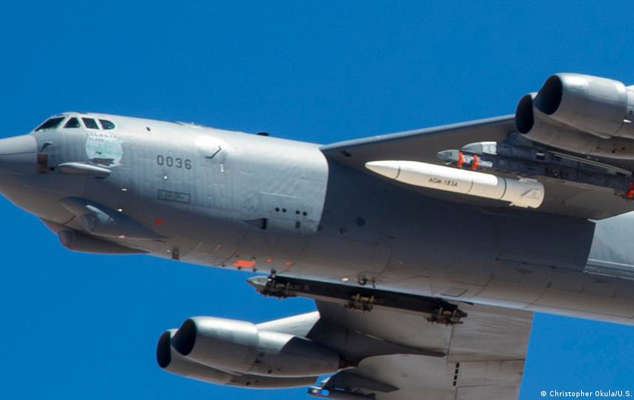 The US Air Force announced a successful test of a hypersonic weapon traveling at five times the speed of sound off the coast of California.

The test was carried out last Saturday by a B-52 bomber released an Air-launched Rapid Response Weapon (ARRW), the Air Force wrote in a statement. The Air Force announced the test late Monday.

US Brig. Gen. Heath Collins said, “This was a major accomplishment for the ARRW team, for the weapons enterprise, and our Air Force.”

He added, “The team’s tenacity, enterprise, and commitment were key in overcoming the past year’s challenges to get us to the recent success. We are ready to build on what we’ve learned and continue moving hypersonics forward.”

Why is the US developing hypersonic weapons?

The US test comes after Russia has used hypersonic missiles against Ukraine during its war there.

China has also tested hypersonic weapons, according to US officials though China’s Ministry of Foreign Affairs denied this last October.

Hypersonic weapons are difficult for air defense systems to track and intercept due to their speed and maneuverability.

In its statement, the US Air Force noted that the new hypersonic weapon “will also expand precision-strike capabilities by enabling rapid response strikes against heavily defended land targets.”