By Ronald Kabuubi
Saturday, 14 May 2022, 7:51
0
75
Share
Facebook
Twitter
Pinterest
WhatsApp
Telegram
230 Views
The UK has issued sanctions against a dozen members of Vladimir Putin’s family and inner circle including his long-rumoured girlfriend, arguing that given the Russian president officially owns only modest assets, these are the people who help support his lavish lifestyle. 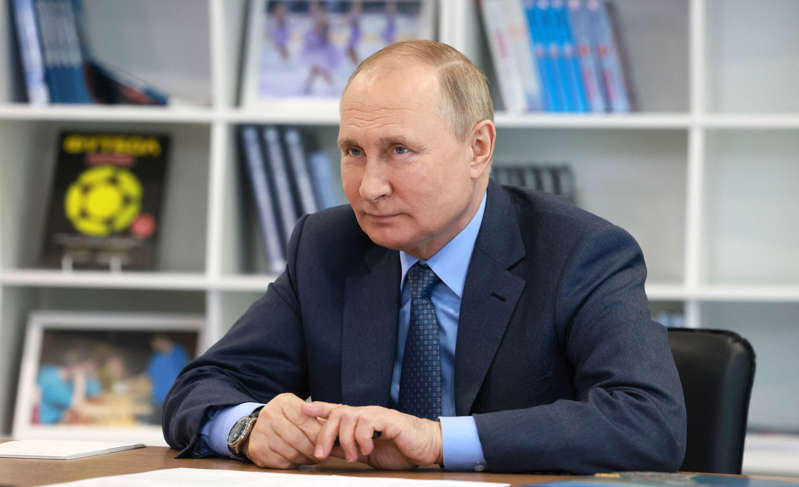 © Getty Russian President Vladimir Putin chairs a meeting of the Board of Trustees of the Talent and Success Educational Foundation via a video link at the Sirius Educational Center for Gifted Children in Sochi on May 11, 2022. (Photo by Mikhail METZEL / SPUTNIK / AFP) (Photo by MIKHAIL METZEL/SPUTNIK/AFP via Getty Images)The Foreign Office announcement means asset freezes and travel bans will be imposed on, among others: Lyudmila Ocheretnaya, Putin’s former wife; Alina Kabaeva, a media executive and the Russian president’s presumed partner; and Anna Zatseplina, Kabaeva’s grandmother.

The Foreign Office statement noted that Putin’s official assets ran to little more than a small flat in St Petersburg and two Soviet-era cars despite his very obvious enormous personal wealth, including a yacht and the vast Putin’s Palace mansion on the Black Sea coast.

The sanctions thus targeted what the statement called a “wallet” of relatives and associates. The statement said: “Putin relies on his network of family, childhood friends, and selected elite who have benefited from his rule and in turn support his lifestyle. Their reward is influence over the affairs of the Russian state that goes far beyond their formal positions.”

Those named in the latest sanctions comprise seven family members and five people listed as financiers of Putin’s lifestyle.

Kabaeva, a former Olympic rhythmic gymnast, holds several powerful positions and has long been rumoured to be Putin’s girlfriend. She chairs the board of Russia’s National Media Group, which controls several television stations. Zatseplina is associated with Gennady Timchenko, a billionaire with close links to Putin.

Kabayeva, who is originally from Tashkent in Uzbekistan and won gold in the 2004 Athens Olympics, spent more than six years as an MP for Putin’s United Russia party. In 2014, she stepped back from politics to begin her role with National Media Group, despite an apparent lack of relevant experience, beyond hosting a TV chat show.

Ocheretnaya and Putin divorced in 2014, but she had since, the statement said, “benefited from preferential business relationships with state-owned entities and exhibited significant unexplained wealth”.

The financiers, all of whom are believed to have benefited financially from their links to Putin, are the businessman Alexander Plekhov; the bank executive Mikhail Klishin; Vladimir Kolbin, another businessman; Yuri Shamalov, an executive in the oil industry; and Viktor Khmarin, a lawyer and businessman.

Earlier this month, the Italian government issued an order preventing a superyacht allegedly linked to Putin from leaving port. The vessel, reportedly worth more than £500m, has been undergoing a refit at a shipyard in Tuscany.

“We are exposing and targeting the shady network propping up Putin’s luxury lifestyle and tightening the vice on his inner circle,” Liz Truss, the foreign secretary, said in a statement. “We will keep going with sanctions on all those aiding and abetting Putin’s aggression until Ukraine prevails.”

According to a Foreign Office tally, the UK government has imposed sanctions against more than 1,000 individuals and 100 entities since the Russian invasion of Ukraine.

The most high-profile measures so far have targeted wealthy Russian individuals with ties to the UK, notably Roman Abramovich, the long-time owner to Chelsea football club. Under the measures imposed in March, Abramovich and six other wealthy Russians had their UK assets frozen, with a ban on them travelling to Britain.

Abramovich was targeted because the government’s Office of Financial Sanctions Implementation suspected that Evraz plc, a steel company over which he had effective control, supplied steel to the Russian military to produce tanks.

Chelsea are in the process of being bought by a US consortium led by the private equity firm Clearlake Capital and fronted by Todd Boehly, a part-owner of baseball’s LA Dodgers.