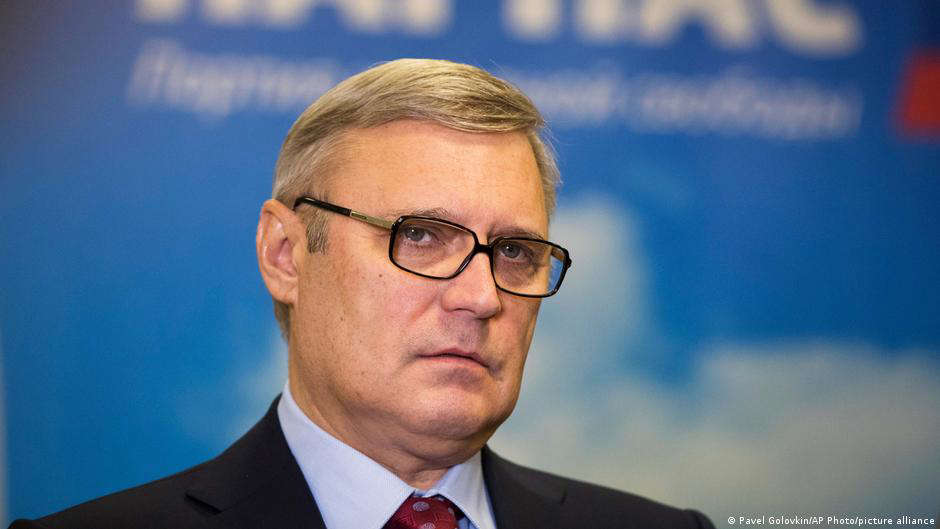 © Pavel Golovkin/AP Photo/picture alliance
Mikhail Kasyanov, who served as prime minister under Vladimir Putin in the early 2000s, told DW he believed that the Russian president had “already started to realize that he’s losing this war.”

Former Russian Prime Minister Mikhail Kasyanov said that Vladimir Putin’s confidence in the war in Ukraine has been shaken.

In an interview with DW on Friday from an undisclosed location in Europe, he said the Russian president may have been misled by his generals about the state of the war.

Kasyanov served as Putin’s first prime minister from 2000 to 2004 before being sacked, and going on to form an opposition party and run for president in 2008. He became a vocal opponent, and now lives in exile.

He told DW that Putin was not speaking from a position of strength and even seemed “a little bit nervous” during a military parade speech he gave to commemorate “Victory Day,” the end of World War II on May 9.

In the speech, Putin doubled down on the war, falsely claiming that Ukraine could have nuclear weapons and that the country is being led by neo-Nazis. The Russian president said the invasion was the “only right decision,” claiming that the West was planning to invade Russia.

“The reaction of Mr. Putin and his speech was absolutely weak,” Kasyanov said, adding that Putin was “already started to realize that he’s losing this war.”

Football365:Former Man Utd defender likens Ten Hag to Fergie as he tips youngster to get his chance