dw.com Ukraine: US says civilians being sent to Russia ‘against their will’ — live updates 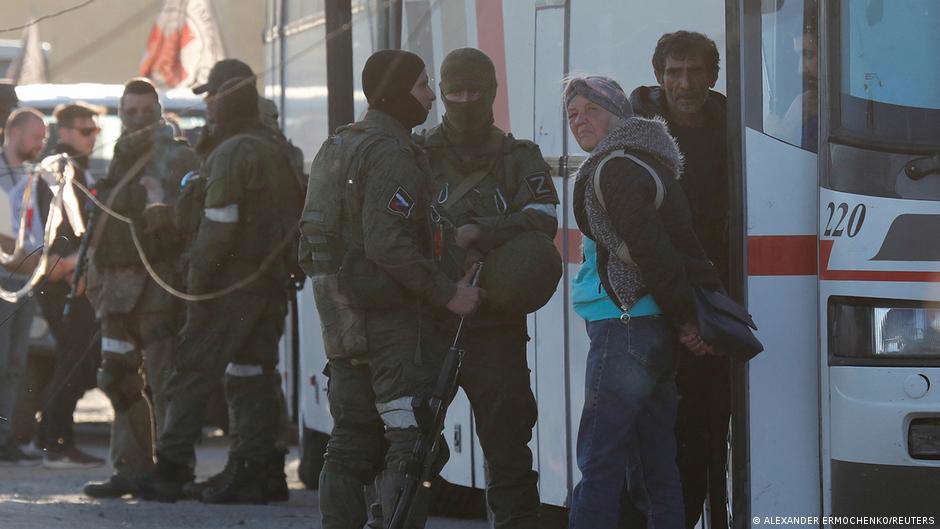 The US military says it has “indications” Ukrainians are being forcibly taken into Russia, and President Joe Biden dusts off a World War II lend-lease program to help Ukraine. DW has the latest.

This article was last updated at 00:15 UTC/GMT

Pentagon: Signs that Ukrainians are being ‘taken against their will’ to Russia

The Pentagon on Monday said that it had seen “indications” that Ukrainian citizens are been forcibly relocated to Russia.

“But we do have indications that Ukrainians are being taken against their will into Russia,” Pentagon spokesman John Kirby told reporters.

Kirby’s statement was in response to Kyiv’s claim that around 1.2 million people had been sent to Russia, and had been placed in camps.

Kirby said he was unable to comment on the number of camps or what they looked like.

Ukrainian President Volodymyr Zelenskyy said in April that thousands of people had been sent to Russia.

Kirby said these actions were “unconscionable.”

US President Joe Biden on Monday signed the Lend-Lease Act on Monday in a bid to help speed up the shipment of weapons to Ukraine.

Previously the US had adopted the measure to help allies in the fight against Nazi Germany.

Congress is set to spend billions more to help Ukraine defend itself from Russia with Democrats preparing $40 billion (€37 billion) in military and humanitarian aid.

“We cannot afford delay in this vital war effort,” Biden said in a statement, and pushed for Congress to get the Ukraine funding bill “to my desk right away.”

Grateful to @POTUS and 🇺🇸 people for supporting 🇺🇦 in the fight for our freedom and future. Today’s signing of the law on Lend-Lease is a historic step. I am convinced that we will win together again. And we will defend democracy in Ukraine. And in Europe. Like 77 years ago.

Ukrainian President Volodymyr Zelenskyy welcomed the move in a tweet, calling it a “historic step.”

Summary of Monday’s events in Russia’s war on Ukraine

Russian President Vladimir Putin said Russia’s military operation in Ukraine was necessary because the West was “preparing for the invasion of our land, including Crimea,” during the May 9 parade in Moscow.

Ukrainian President Volodymyr Zelenskyy said his country would not let the history of victory over Nazi Germany “be appropriated” as Moscow marked the 77th anniversary of World War II.

UK Defense Secretary Ben Wallace slammed “the absurdity” of Russia’s bemedaled military top brass at the annual Victory Day parade in Moscow, saying: “All professional soldiers should be appalled at the behaviour of the Russian Army.”

French President Emmanuel Macron made his first trip to Berlin since winning reelection. Both Macron and Chancellor Scholz agreed that only a permanent withdrawal of all Russian troops could end the war, but that a truce was a good interim solution.

Ukraine: US says civilians being sent to Russia ‘against their will’ — live updates (msn.com)