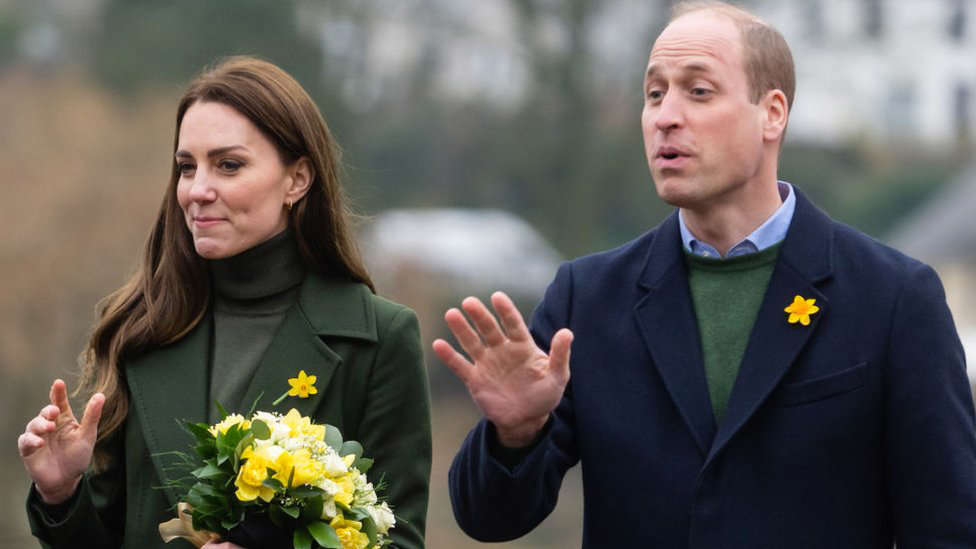 © Getty Images
The Duke and Duchess of Cambridge and other senior royals will tour the UK over the Bank Holiday Jubilee weekend, Buckingham Palace has announced.

Prince William and Catherine will visit Wales, the Earl and Countess of Wessex will go to Northern Ireland, and the Princess Royal will visit Scotland.

The Prince of Wales and the Duchess of Cornwall will likely attend events in London during next month’s celebration.

The Queen’s attendance at Platinum Jubilee events will be confirmed later.

But this will not take place until nearer the time, or even on the day of the event itself, after mobility problems led the 96-year-old to cancel a number of appearances in recent months.

Events commemorating the Queen’s 70-year reign will take place over a four-day bank holiday from 2 to 5 June.

The senior royals touring the UK for the occasion will be following in the footsteps of the monarch and her late husband, the Duke of Edinburgh, who travelled around the country for the Queen’s Diamond Jubilee in 2012.

The Jubilee weekend celebrations will start on 2 June with the Queen’s birthday parade and Trooping the Colour. It was announced last week that only royals undertaking public engagements on behalf of the Queen would join her on the Buckingham Palace balcony for the event, meaning Prince Andrew and the Duke and Duchess of Sussex will be omitted from the line-up.

Prince Harry and his wife Meghan have said they will travel from the US to the UK for the Jubilee with their two children, Archie and Lilibet.

A National Service of Thanksgiving will be held at St Paul’s Cathedral in central London on 3 June. Along with viewing Trooping the Colour, the Queen also plans to attend the Epsom Derby on 4 June.

The Platinum Jubilee pageant in central London on 5 June with see the reappearance of the Gold State coach used to carry the Queen to her coronation in 1953.

© Getty ImagesHarry and Andrew will not appear on palace balcony

Thursday 2 June – Queen’s birthday parade and Trooping the Colour takes place – as Platinum Jubilee Beacons across in 2,000 towns and cities light up

Friday 3 June – National Service of Thanksgiving is held at St Pauls. Ringing of Great Paul, the restored biggest church bell in the country