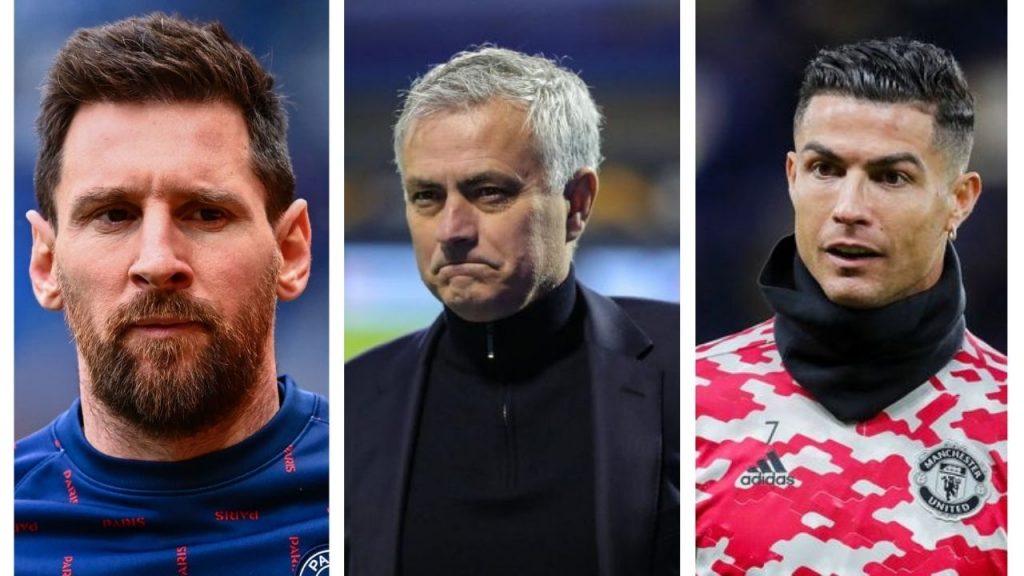 Current AS Roma manager Jose Mournho hipped praises on two African stars claiming they have no equal as he snubbed Cristiano Ronaldo and Eden Hazard.

Mourinho is probably one of the best managers the game has ever known.

From Porto, Chelsea, Real Madrid, Inter Milan, Manchester United to AS Roma, the Portuguese coach worked with top players all along his career.

The ‘Special One’ coached Cristiano Ronaldo at Real Madrid while he had Eden Hazard in his workforce during his second stint with the Blues.

Read more : Messi and others to play friendly organized by Eto’o

However, Mourinho really appreciated working with Didier Drogba durinng his first spell at the Stamford Bridge.

He was even the one who asked then-Chelsea owner Roman Abramovich to go for the Ivorian forward instead of spending big amount on Rondlinho.

Same for Samuel Eto’o who was shown the gateway in Barcelona.

Mourinho won many trophies with Drogba including three Premier League titles and won a resounding treble with Eto’o at Inter Milan in 2010.

Speaking in an interview with FIFA website, he said : “Drogba and Eto’o, Mamma mia, what players!”

” One like the other ! For me, it was an immense pleasure to be able to coach these two penalty area monsters.

“They are two killers, as they say in England, they have no equal. They both have a bit of a wild character and a winning mentality that is hard to find in other players.”