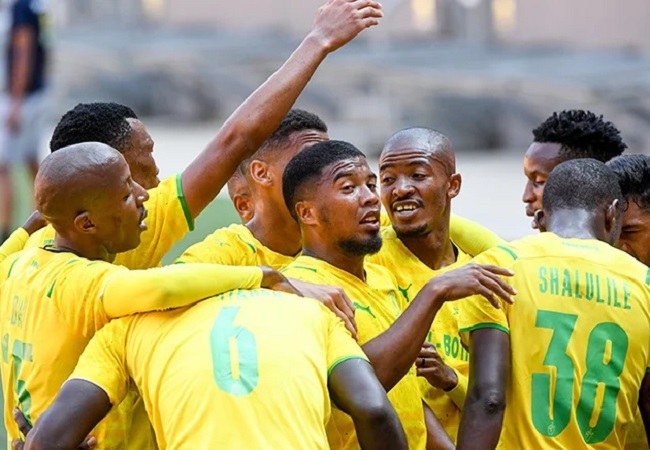 Sundowns were confirmed as champions after their goalless draw against Cape Town City on Wednesday evening.

The goalless draw plus second-placed Royal AM’s 3-1 loss to Galaxy helped Sundowns confirm their championship with unassailable 58 points from 26 games.

Royal AM are on a distant 45 points and they too have four games to finish the season.

The furthest the John Maduka coached side can go if they win all their remaining matches is 57 points.

In another game, Kaizer Chiefs lost 2-1 to Golden Arrows in what was a third consecutive league defeat and the second under caretaker coach Arthus Zwane who is standing in the job following the sacking of Englishman Stuart Baxter.

In another game, Chippa United frustrated Orlando Pirates to a goalless draw to dent prospects of CAF Champions League football for next season.