Kampala, Uganda: Civil Society Organizations bloc has strongly compelled Uganda’s government to absorb their proposals as observed and analyzed from the recently released Ministerial Policy Statement (MPS) FY 2022/23 in the final reading of the FY 2022/23 Budget. 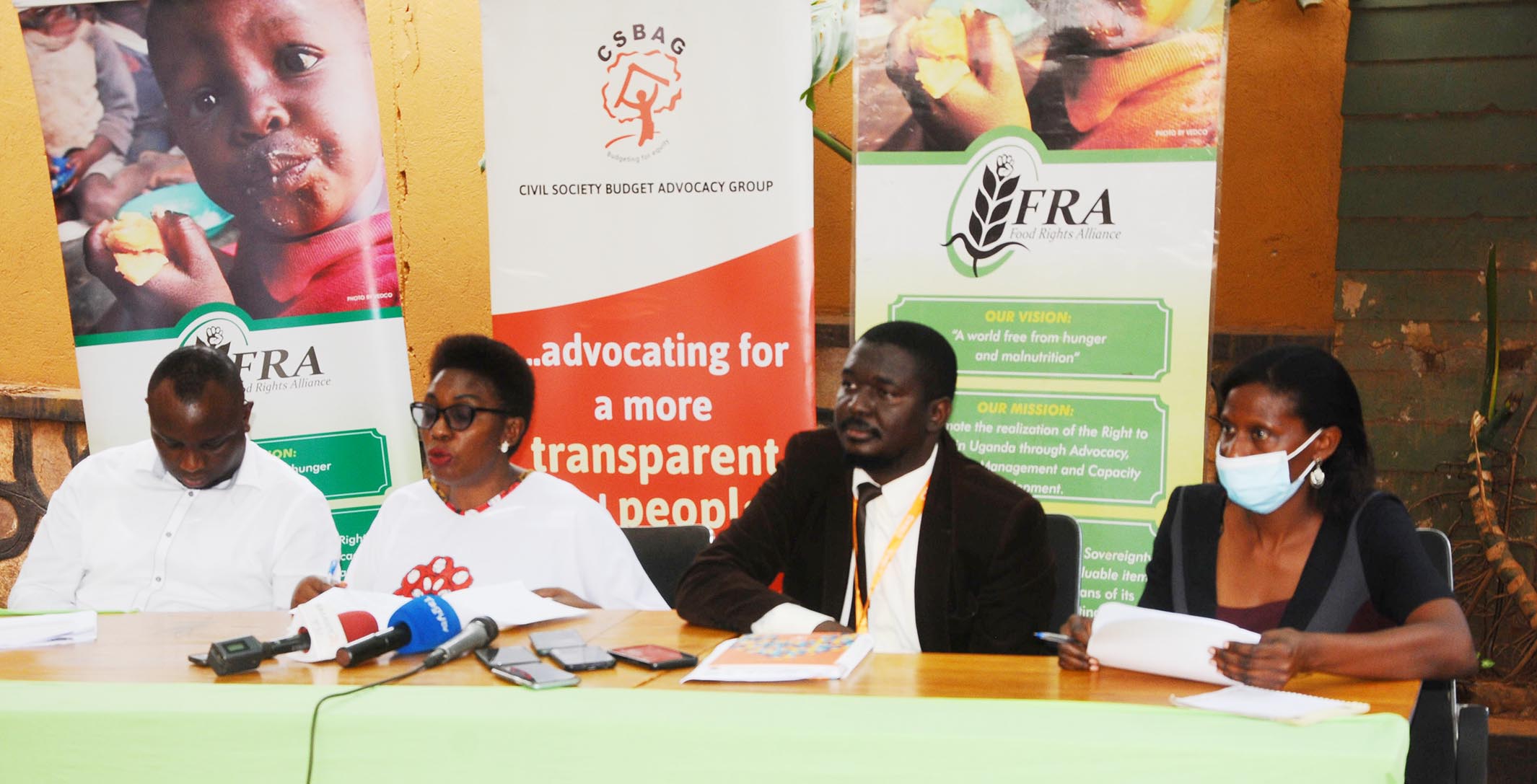 While addressing a Press Conference at Food Rights Alliance (FRA) Secretariat in Mengo, the CSOs Consortium of Civil Society Budget Advocacy Group (CSBAG), Action Against Hunger USA- Uganda, ACF USA-Uganda Mission, Forum for Women in Democracy (FOWEDE), Uganda Women’s Network (UWONET),  Southern and Eastern Africa Trade Information and Negotiations Institute (SEATINI Uganda) and others posed a strong need for consideration of their views if this year’s budget is to achieve its intended goals as per the theme of Key priorities for Economic Recovery and Safeguarding livelihoods.

Though the CSOs consortium commends government for taking some measures on the escalating prices of essential commodities as reflected from the statement by Ministry of Finance on 22nd, March, 2022, meeting timelines in this year’s budget processes as per the Public Finance management Act, 2015 as amended and adopting some proposals by CSOs through engagement with Parliamentary Committees, they still raise concerns in the MPS before final Budget ruling. 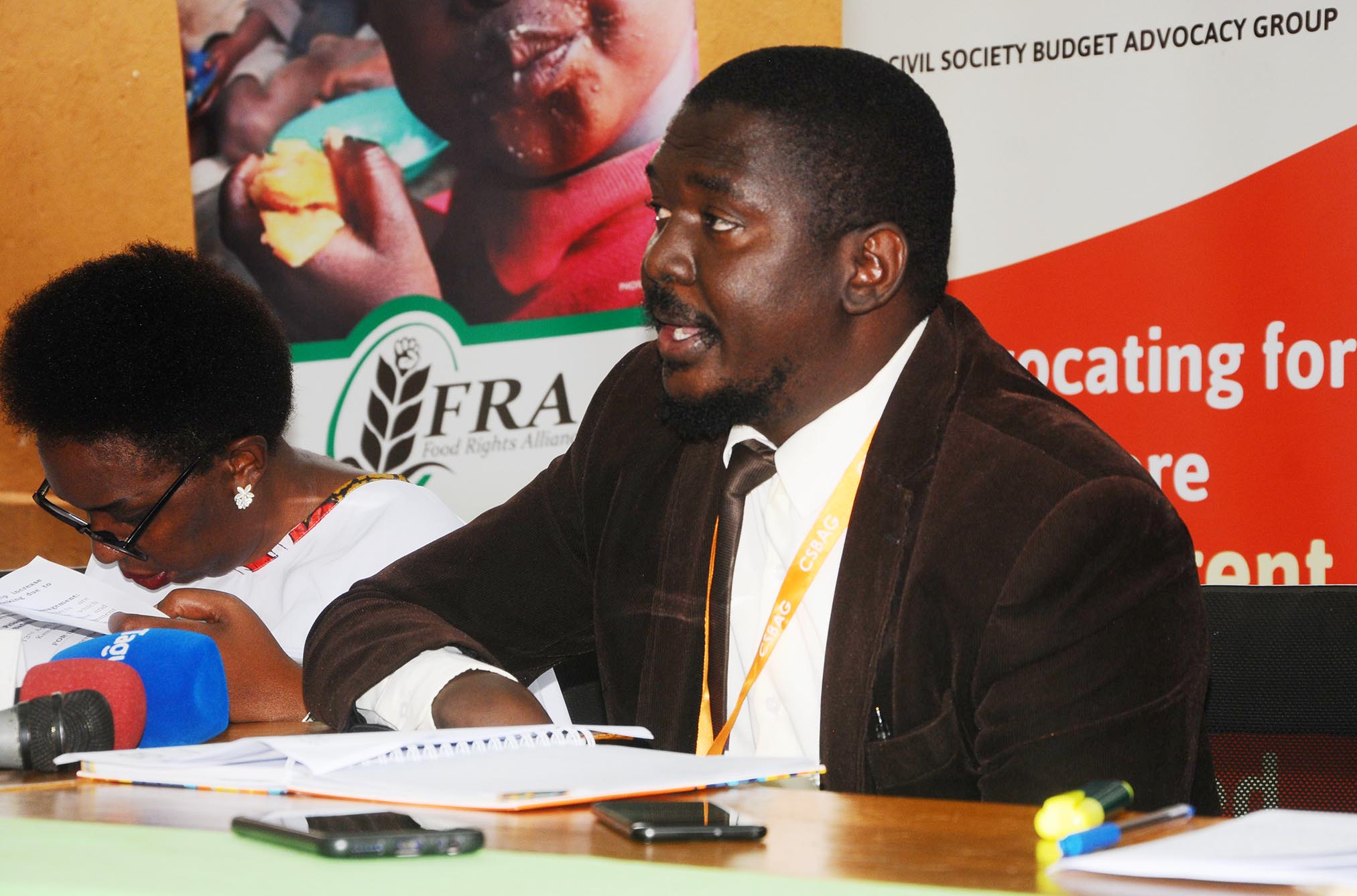 He says according to the report, this growth is expected to be generated by private sector activity due to increased aggregate demand post COVID-19; increased returns from public Infrastructure investments; and increased activities in the oil and gas sector.

Patrick says, for this Fy 2022/23 to be effective the following must be tackled;

He says rising Prices of Essential Commodities must be quickly get a solution arguing that since the re-opening of the economy in January 2022 the country has since experienced an increment in commodity prices of up to 100% for some commodities for example laundry bar soap prices increased by 47.8%, cooking oil by 77.6% and fuel by 34% in the last one year.

Government should come up with possible ways of reducing the ever increasing increasing Public Debt as this constrains Government’s ability and effectiveness to finance the implementation and management of policy initiatives. “The Monetary Policy Bank of Uganda Report (Feb 2022) revealed that public debt increased from UGX 69,722.4 billion in June 2021 to UGX 73,656.0 billion in December 2021 indicating a 5.6 percent increase”. He added.

Escalating poor Public Investments Management (PIM) must be well managed through effective and efficient systems since Uganda’s public infrastructure projects are largely funded by external donors for example, 342 projects worth UGX 39 trillion out of a sample of 371 projects reviewed had gone past their planned exit periods from the Public Investment Plan (PIP).

He notes that there has usually been delayed disbursement of funds to Local Governments though it’s meant to release funds by the 10th day of the first month of the quarter but sometimes delays for example, according to the Auditor General Report 2020/21, the Ministry of Local Government disbursed UGX 22.1Bn to various Local Governments in the last two weeks of June 2021 and, in some cases, as late as 29th June 2021.

For Agnes Kirabo, the Executive Director of Food Rights Alliance  (FRA)noted with concern that agriculture being the leading sector catering many Ugandans as well being seen as a vehicle of economic growth needs critical attention if it will effectively support the FY 2022/23. 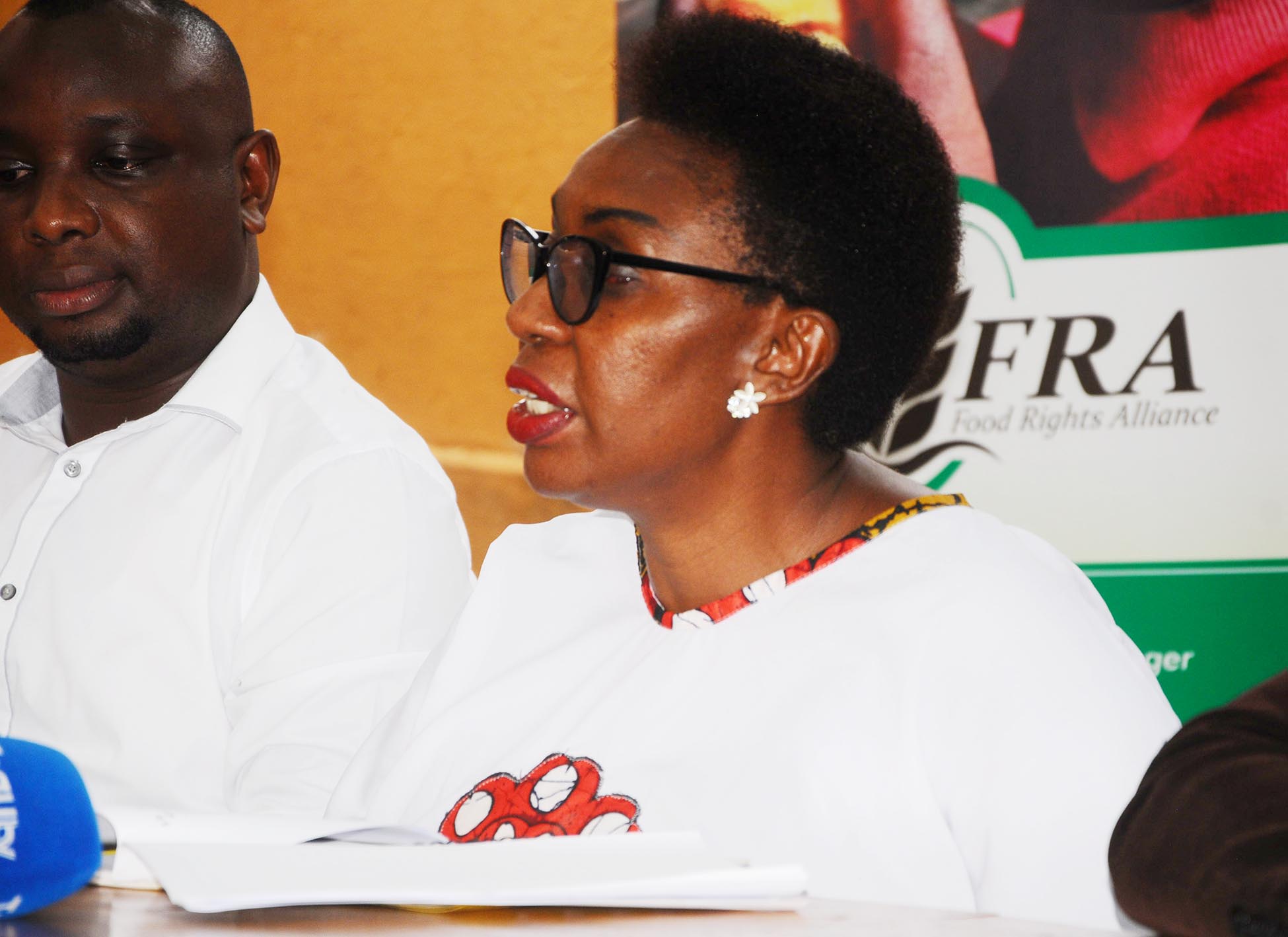 She decried limited investment towards Water for Agricultural Production though Government increased the area under formal irrigation in FY2020/21 to 22,504 hectares which was higher than the set target of 19,776.

She however says as CSOs are concerned about the delay in completing the irrigation master plan this coupled with low budget allocation for small scale irrigation at UGX 3.5Bn available out of the required UGX 23.5Bn (MAAIF, 2022/23) undermines the realization of Pillar 1 of the PDM.

“We recognize the food fortification increases availability of micronutrients such as Vitamin A and Zinc which are critical in the fight against deficiencies among children right from birth but there are challenges such as lack of information on fortification by producers, limited technical or financial capacity to fortify by small-scale producers, small- 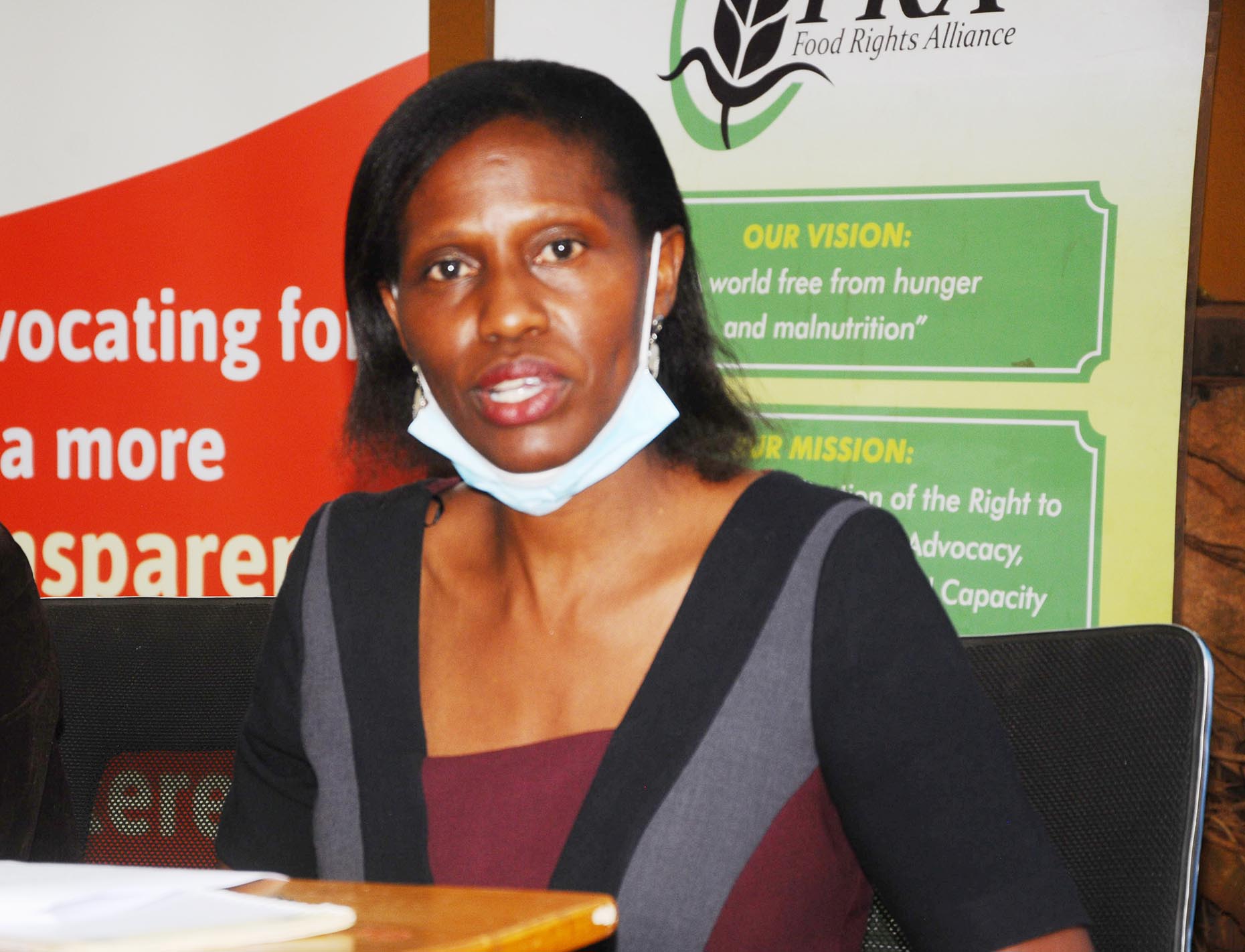 She also cited inadequate domestic financing for family planning services and commodities yet the country is commits to scale up the use of modern family planning methods to ensure that every Ugandan woman can choose when and how many children to have.

She says the young people have no access to sexual related information due to limited access to youth friendly centers which is a weakness by the government that needs to be expedited.

Imelda also highlighted that there is inadequate financing for induction of Local Governments Councils and transport equipment with more new political leaders coming in created from last elections and the majority with little experience yet this is needed for strengthening implementation, monitoring and reporting, adequate capacities building and means of transport.

In the same media engagement was Emmanuel Kashaija, the Programs manager at Forum for Women in Democracy (FOWEDE) highlighted on shortfall in Social Assistance Grant for Empowerment (SAGE) Budget that enables the elderly to access basic services and to start income generating activities for sustenance. 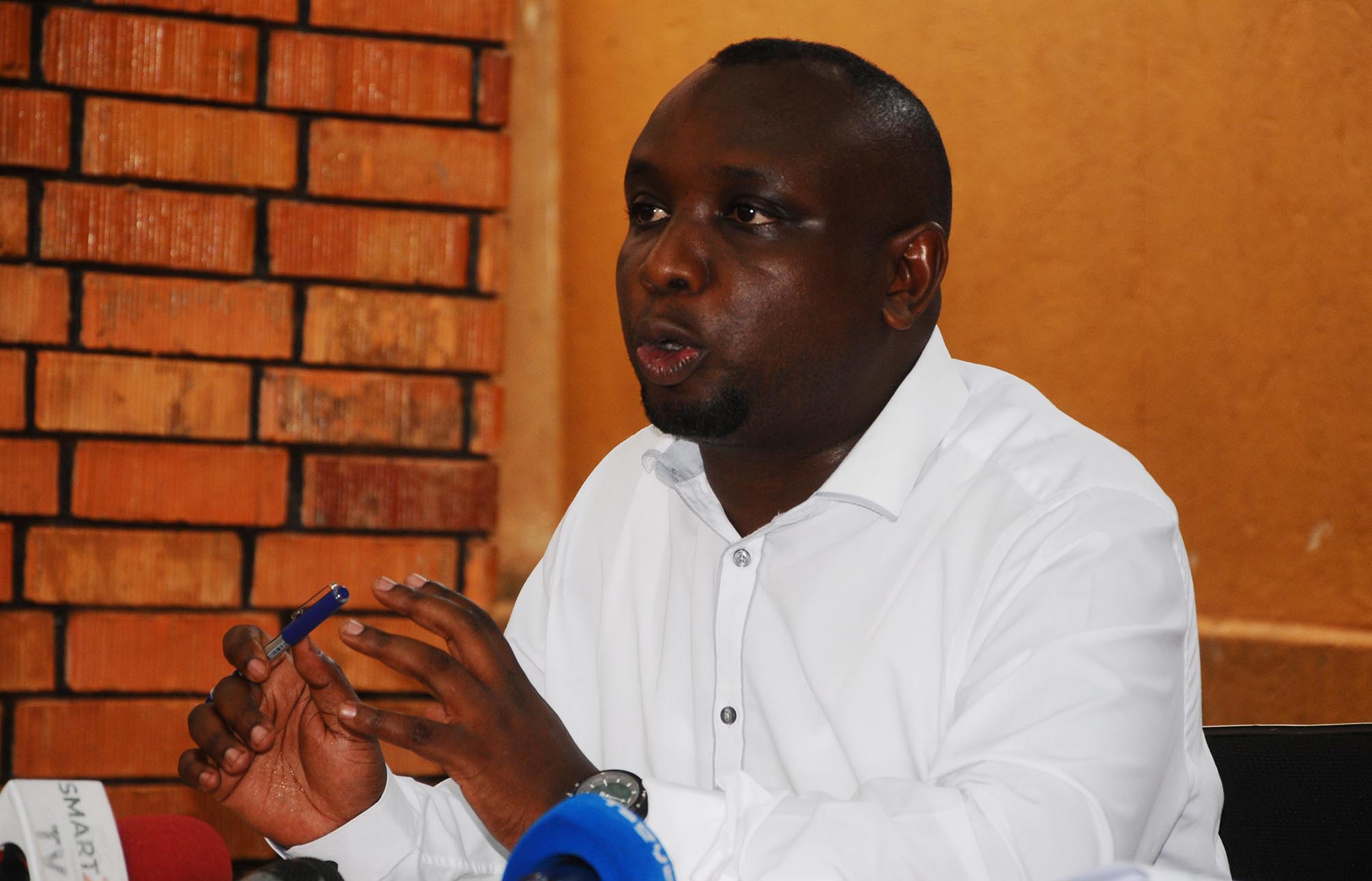 He also cited underfunding of Urban Water and Sewerage Services yet this is a priority component of the Human Capital Development Program of the National Development Plan III (NDPIII).

He says although Government has put in effort to improve access to safe urban water supply from 70.5% in FY 2019/20 to 71.6% FY2020/21, it is however silent on plans to increase the coverage of sewered sanitation.

Kashaija pointed on the increased demand for unpaid care and domestic work yet adversities caused by climate change greatly impact women and girls due to their over-reliance on natural resources for subsistence and commercial livelihoods which heavily affect women and girls finding safe water, forest fuels, and food for their families so government through ministry of water must come in to devise ways of averting this.

He still informed that there is lack of a Disaster Preparedness and Management Law saying, according to the latest update of the INFORM Risk Index 2021, Uganda ranks 21 out of a total of 190 countries analyzed worldwide in terms of risk driven by the increasing frequency, intensity and scale of disasters affecting Uganda.