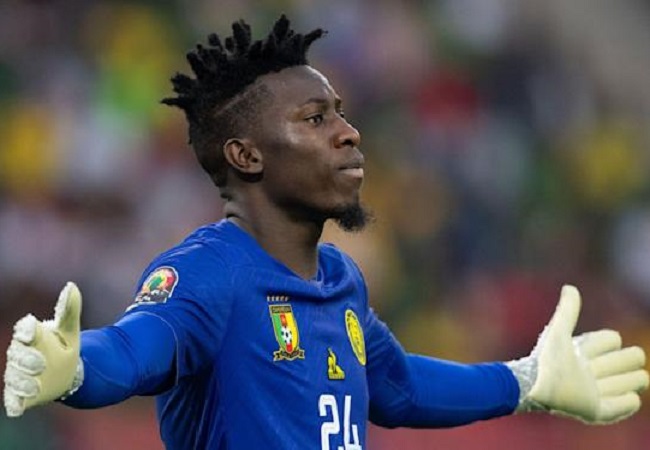 Cameroon and Ajax Amsterdam goalkeeper Andre Onana has escaped serious injury after being involved in a horrific car crash ahead of a crucial World Cup playoff qualifier against Algeria on Friday.

Also Read : BIG BLOW TO RIGOBERT SONG AS ANGUISSA RULED OUT OF WCQ AGAINST ALGERIA

The 25-year-old was traveling from Yaounde to the Indomitable Lions’ training camp in Douala when he collided with another vehicle.

Images of the two wrecked cars have appeared on social media. And Ajax Amsterdam said their shot-stopper was “doing fine” following the harrowing ordeal.

A video has also shown Onana talking to people at the scene of the accident, suggesting he didn’t sustain any significant injuries.

Rigobert Song’s side will face the Fennec Foxes in a double-header on March 25 and 29, with the winner booking their place at the World Cup finals in Qatar later this year.

It remains to be seen whether Song will select Onana for the first leg at Japoma Stadium in Douala given his experience on Tuesday morning.