CAMEROON: BIG BLOW TO RIGOBERT SONG AS ANGUISSA RULED OUT OF WCQ AGAINST ALGERIA 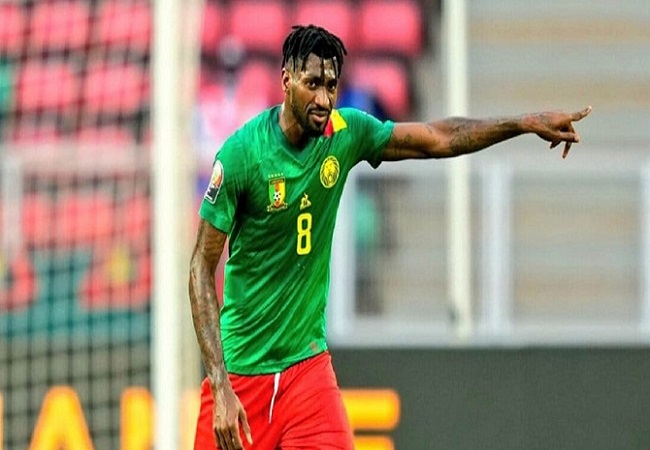 The 26-year-old midfielder was injured on Saturday while in action for his club against Udinese in the Italian Serie A encounter at the Stadio Diego Armando Maradona.

Anguissa played the entire as Nigeria international Victor Osimhen scored twice to inspire Napoli to a 2-1 win over Udinese.

The Indomitable Lions’ official Twitter page has now announced that Anguissa has suffered an injury. And that they have brought in Arnaud Djoum of Apollon Limassol to take his place.

“Injured with his club this weekend, Frank Zambo Anguissa will miss the double confrontation with Algeria on 25 and 29 March valid for the play-offs for the 2022 World Cup in the African zone. He will be replaced by Arnaud Djoum.” Read a statement.

Anguissa is one of the Indomitable Lions’ key midfielders having played 41 international matches and scored five times for the five-time African champions.

Cameroon, who are now under the guidance of Indomitable Lions legend Rigobert Song, will host Algeria’s Desert Foxes at the Japoma Stadium in Douala in the first-leg game on Friday.

The Lions will then travel to the Mustapha Tchaker Stadium in Blida to take on the Desert Foxes next week Tuesday. And the winner on aggregate will qualify for the finals.

Big Blow To Rigobert Song As Anguissa Ruled Out Of WCQ Against Algeria (africatopsports.com)